Helping you sort out the best from the rest published this year. 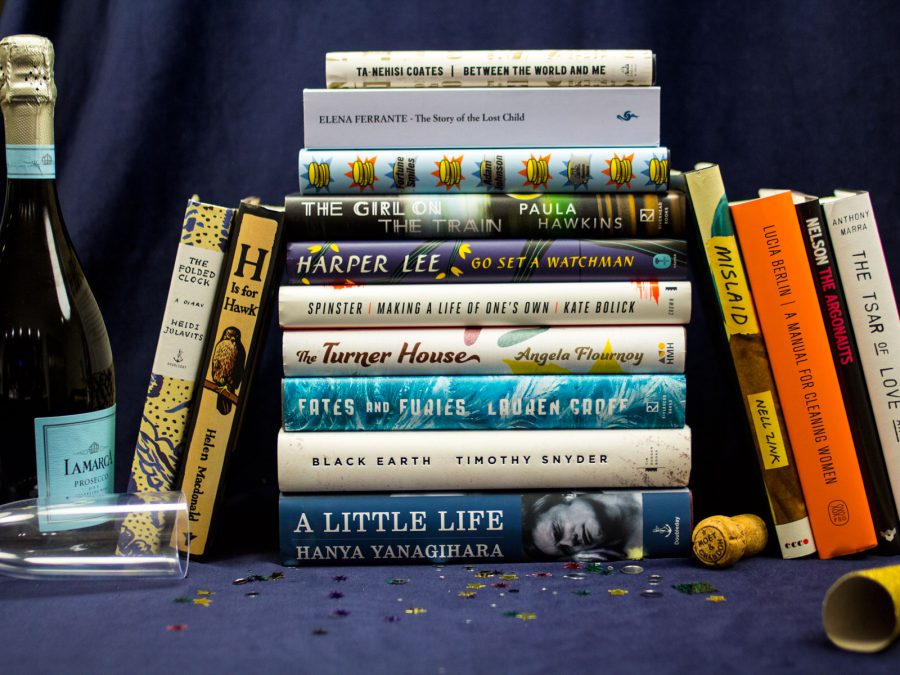 While we can’t quite believe this year is coming to a close already, we’re happy to reflect on the books we enjoyed over the last twelve months. And what a year it’s been for books! From the final Ferrante to the much-anticipated sequel to To Kill A Mockingbird to the ubiquitous thriller that kept everyone guessing to a father’s heartfelt letter to his son about being black in America—it seemed like literature buzz was on everyone’s lips in 2015.

To help you sort out which titles are worth purchasing from your local bookstore, downloading on your eReader, or waiting for at the library, Read It Forward has picked 16 of our favorite books—a healthy mix of fiction, non-fiction and memoir—all of which we devoured in the past year.

So, if you’re not sure what the must-read books of 2015 are, see below for our selections—then click on each image to shop our picks! Then tell us what you thought the best book of 2015 was!

The Story of the Lost Child by Elena Ferrante 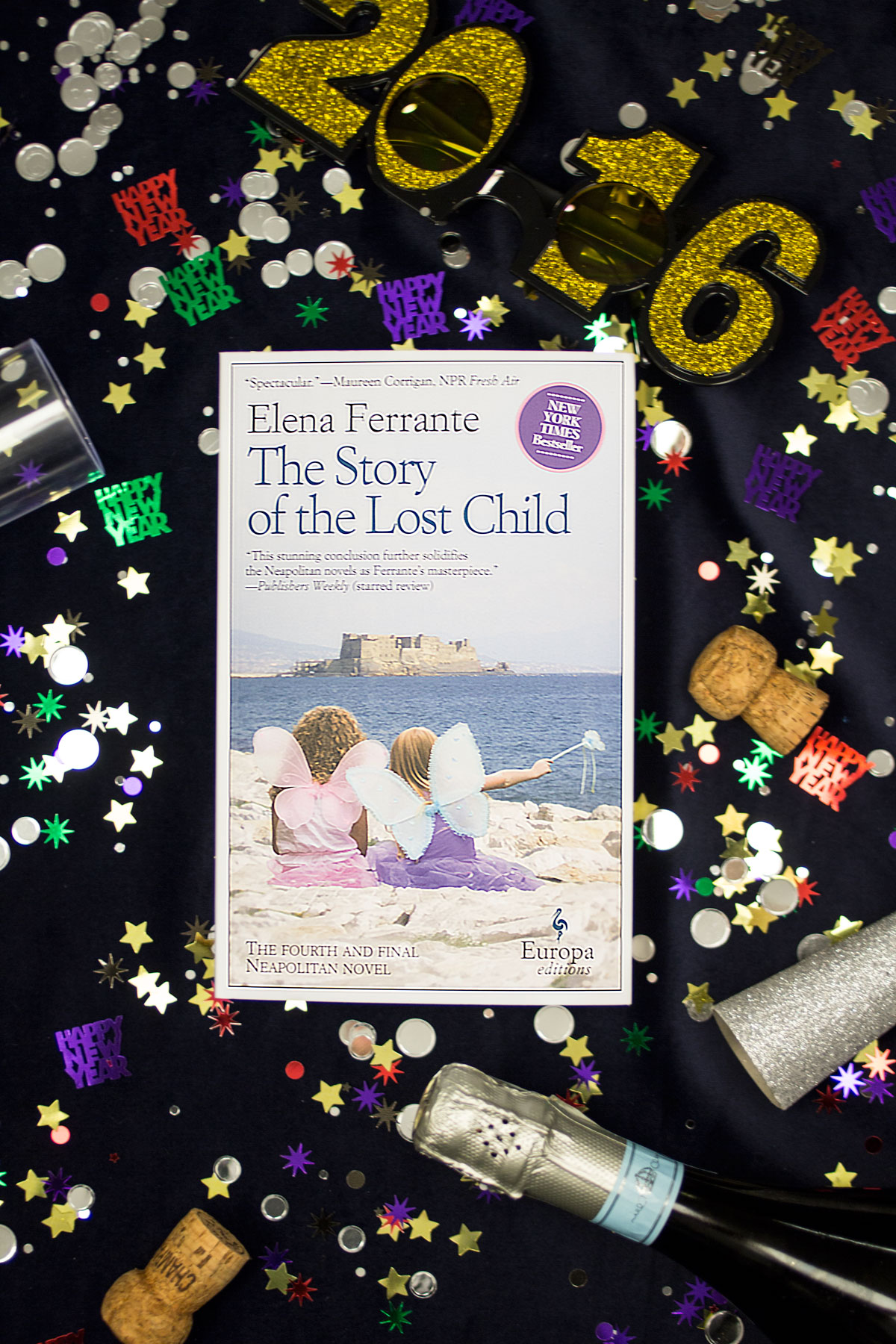 When the much-anticipated fourth and final Neapolitan novel was released in September, you could practically hear a collective cheer go up around the nation. In the final saga, longtime friends Elena and Lila are now grown with husbands and children, having survived the ups and downs life has thrown at them thus far. Elena, who once escaped Naples for Florence, returns to the city of her upbringing, where Lila remains as a successful entrepreneur. This fourth volume examines questions of identity and belonging, of friendship and motherhood, and the very fabric of what it means to be a woman. (Europa Editions)

The Tsar of Love and Techno by Anthony Marra 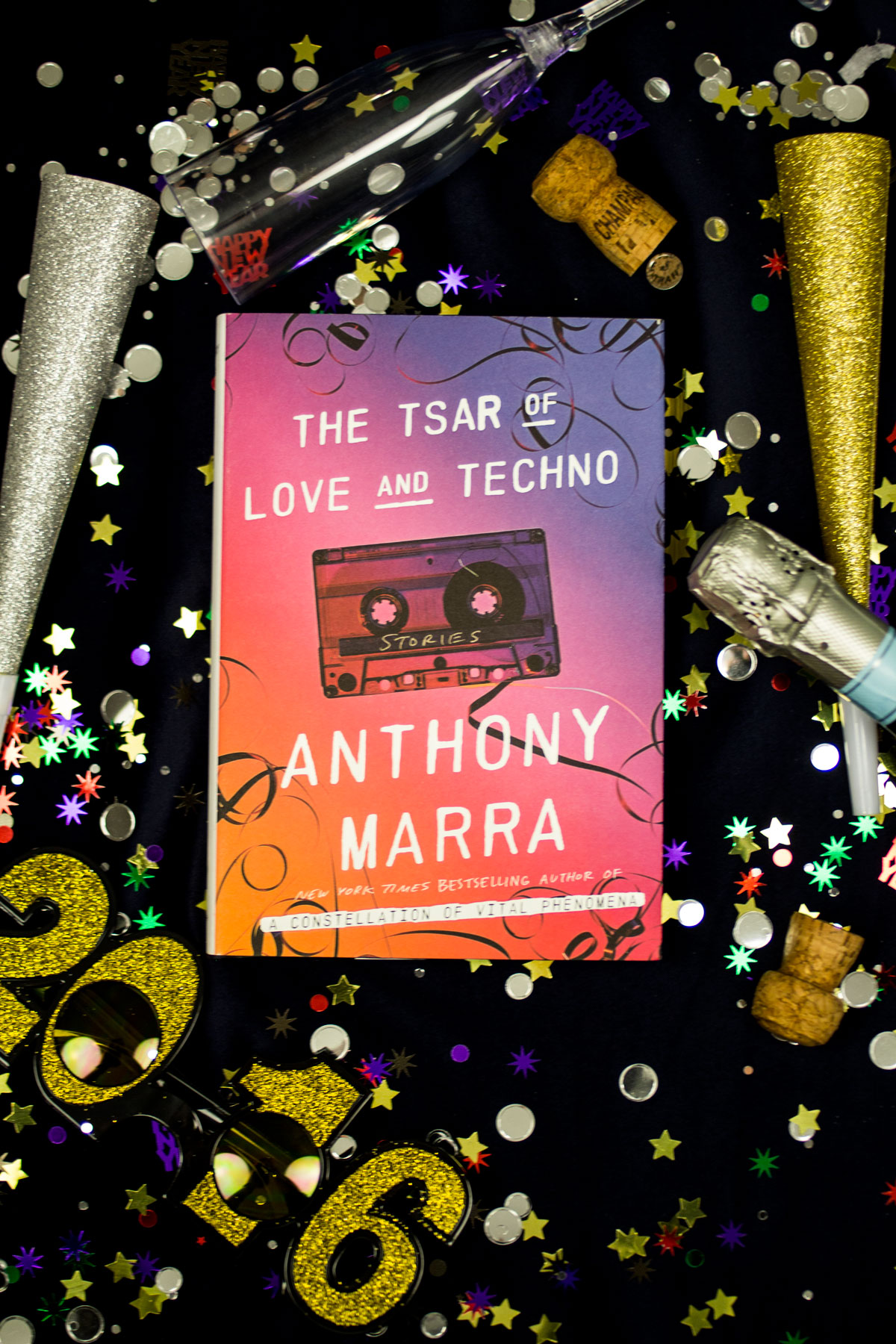 In this collection of linked short stories that span over a century of tumult in Russia, each character is connected to one another through objects—an oil painting, a mixtape—that signify loss, legacy, mourning and memory. Anthony Marra, author of The Constellation of Vital Phenomena, is bewitching in the way he stitches these seemingly disparate characters together through time and space. The end result is a snapshot of humanity you’ll find yourself thinking about long after you’ve finished. (Hogarth)

The Girl on the Train by Paula Hawkins 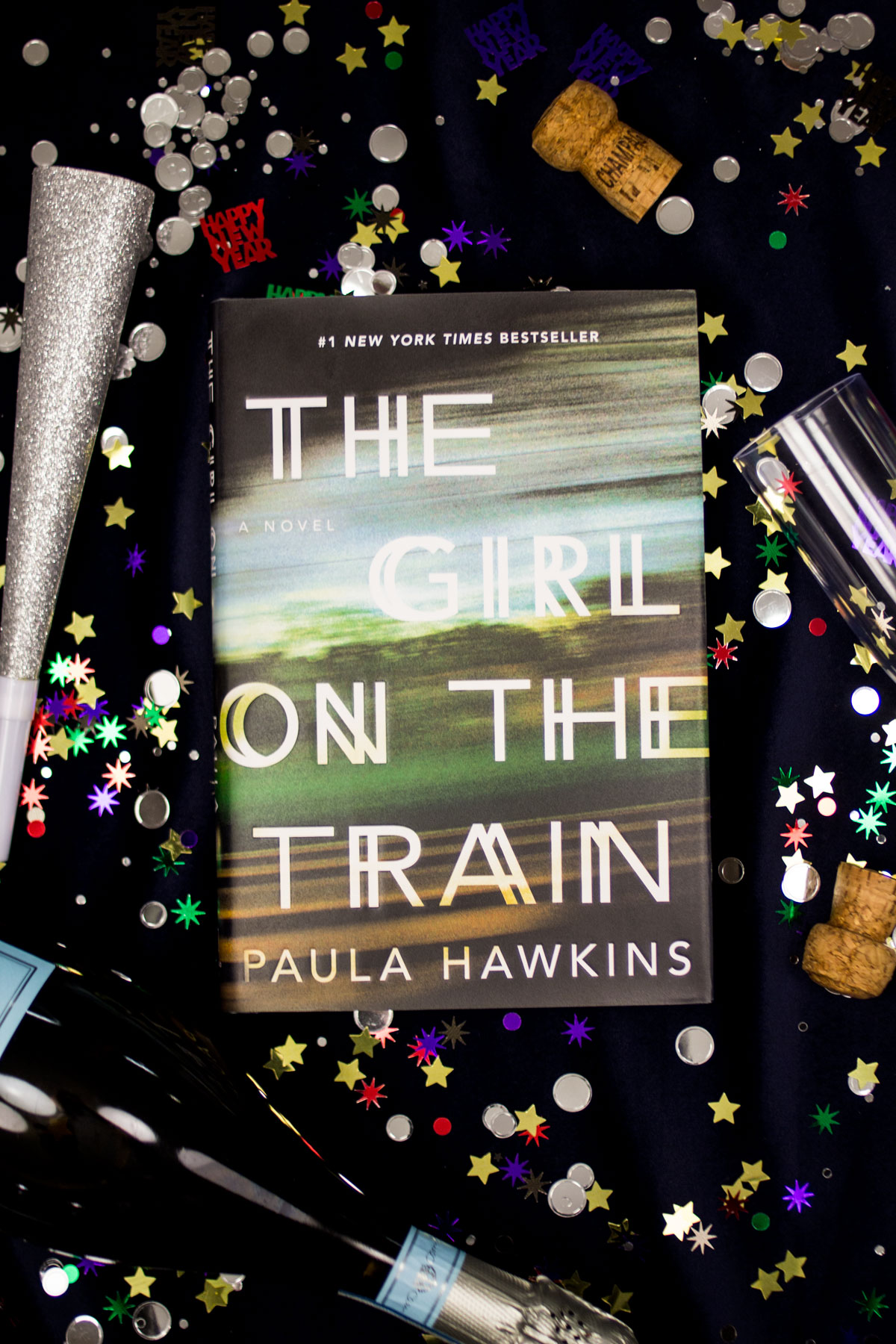 Debut author Paula Hawkins brings us our favorite unreliable narrator of the year. Recently divorced Rachel, who takes the same commuter train through suburban London every day, finds herself staring out the window at the homes she passes day in and day out. Every day, the train pauses long enough at a signal for her to glimpse her favorite couple (whom she’s nicknamed “Jess” and “Jason”), and she constructs a narrative for them that matches the perfect life she sees from behind the pane of glass. But after she witnesses something terrible and reports it to the police, she becomes inextricably linked to the people she’s only seen from the outside. A captivating thriller that will keep your attention rapt. (Riverhead Books)

Fates and Furies by Lauren Groff 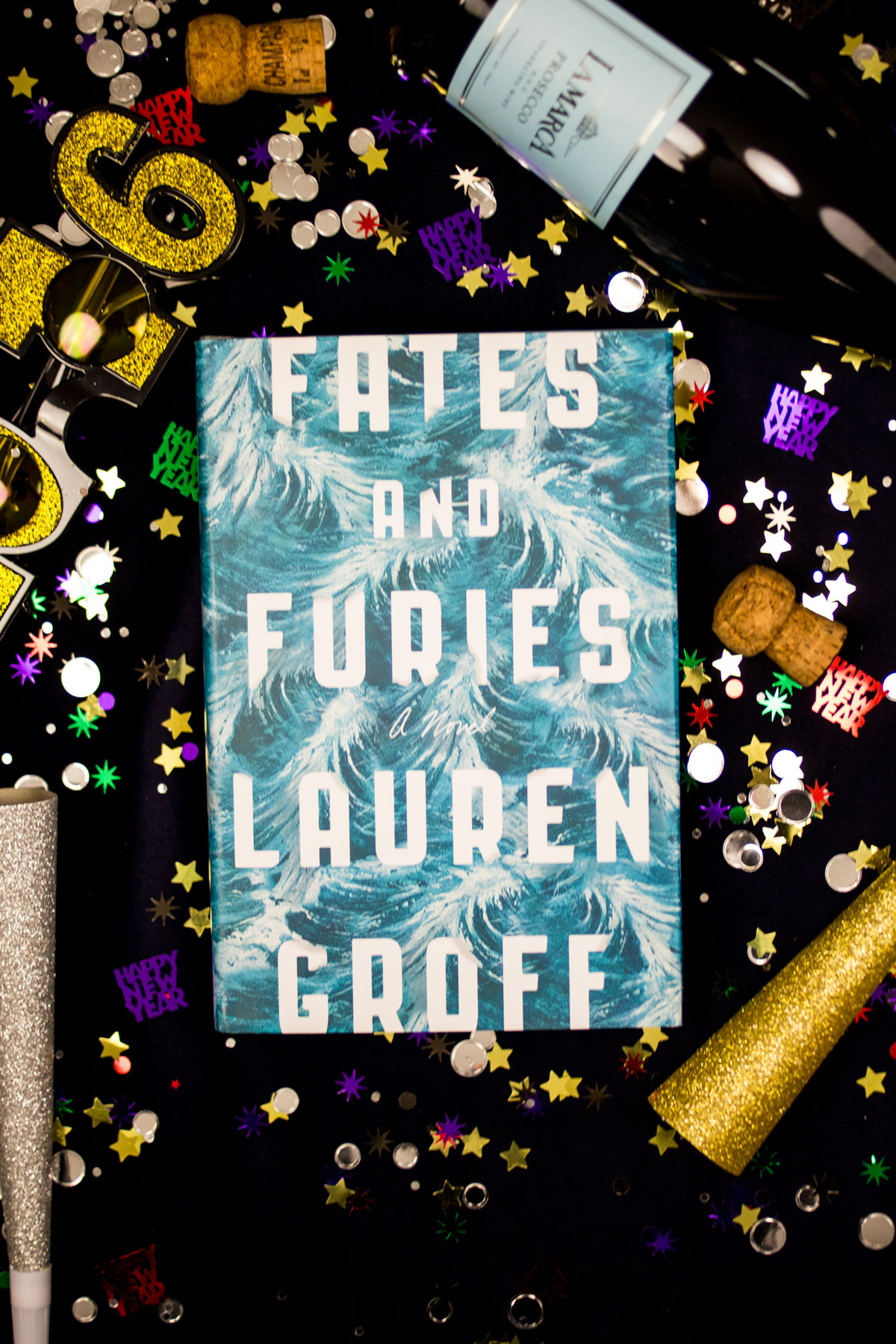 This portrayal of a marriage told from the varying perspectives of both partners is an intricate look at the complexity of relationships and the way they ebb and flow over the course of time. Lotto and Mathilde are lithe and in love when they meet as college students; as they mature—careers start and flounder, friends come and go, money dries up, then floods in—their partnership is put to the test in a multitude of ways. This sweeping novel has been lauded this year for a reason. (Riverhead Books)

A Manual for Cleaning Women by Lucia Berlin 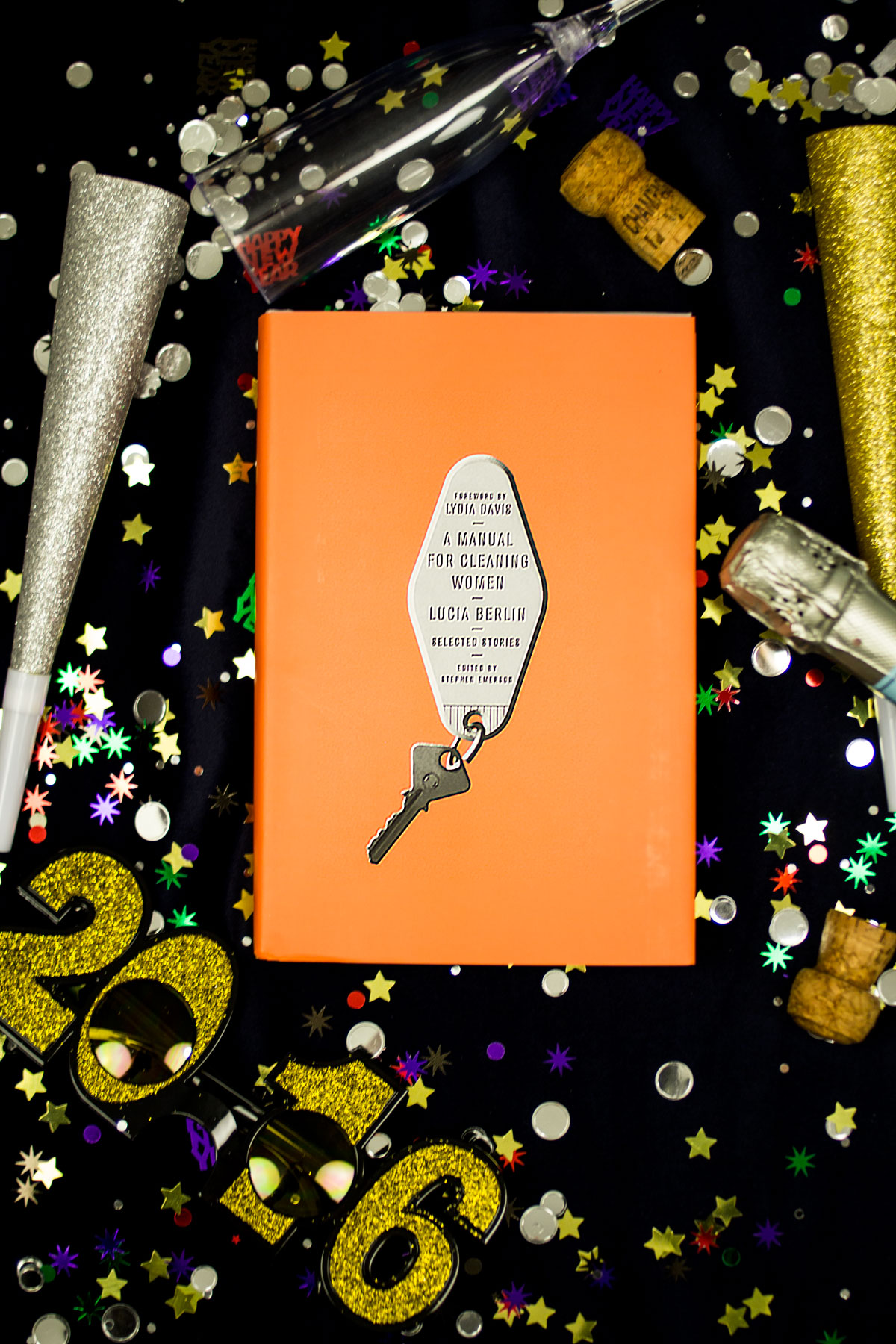 Over the course of her 68-year life, writer Lucia Berlin lived in Texas, New Mexico, Oakland and Chile and worked as a cleaning woman and a teacher. Throughout it all she wrote and her stories, set in mundane places like laundromats and detox centers, capture the sometimes-bleak, sometimes-hopeful landscape of human existence. Once dubbed “the best writer you’ve never heard of,” Berlin’s longtime friend Stephen Emerson collected her stories—published piecemeal in magazines during her lifetime—and created this volume, shedding light on an author who was nearly forgotten by history. (Farrar, Straus and Giroux)

Between the World and Me by Ta-Nehisi Coates 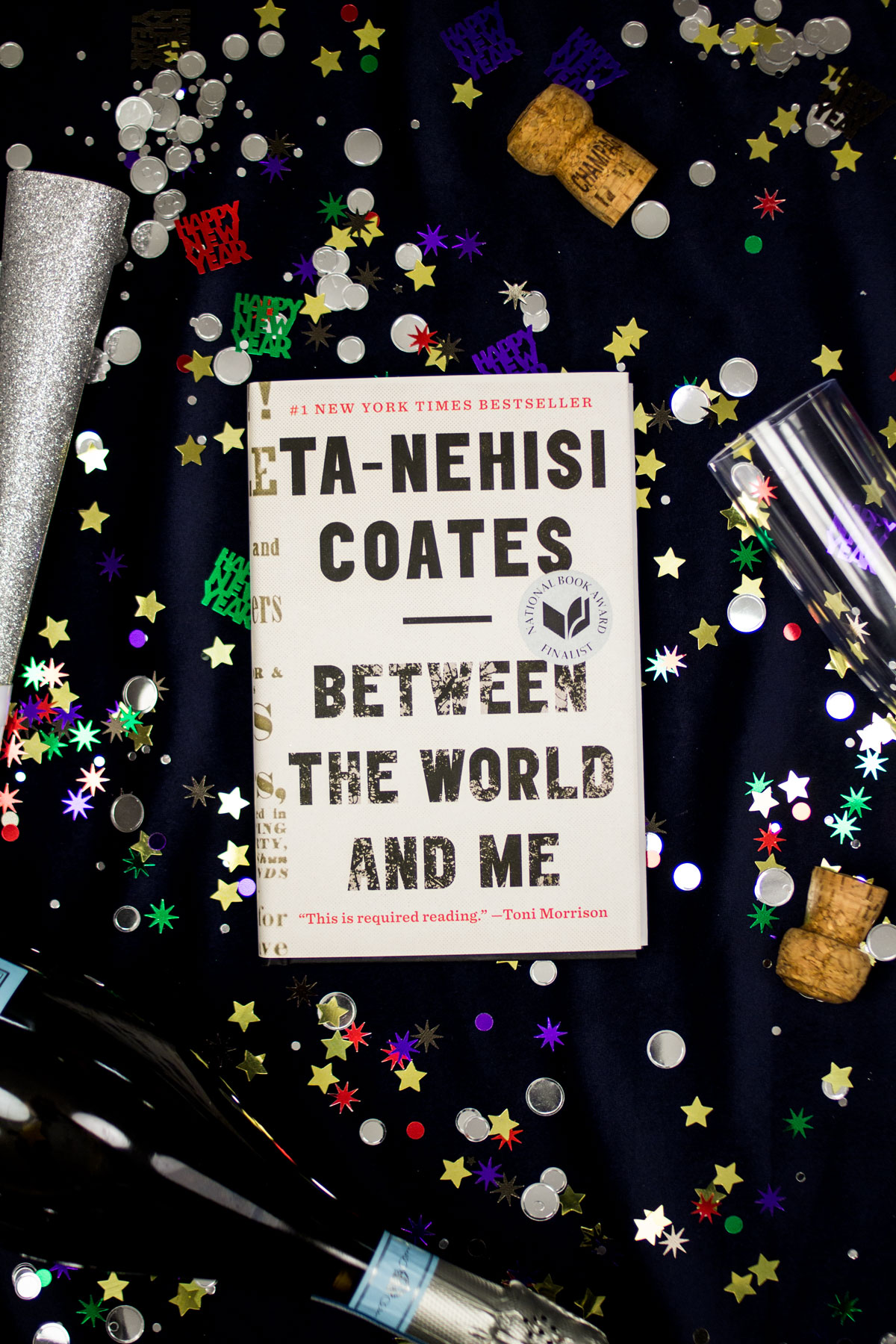 In this open letter to his son, Coates asks the question: “How can my African-American child live freely in a world governed by those lost in ‘the Dream?'” This book gives voice to an underrepresented group and exposes the invisible burden they carry, protecting their “black bodies” from the generational brutality of racism. (Spiegel & Grau) 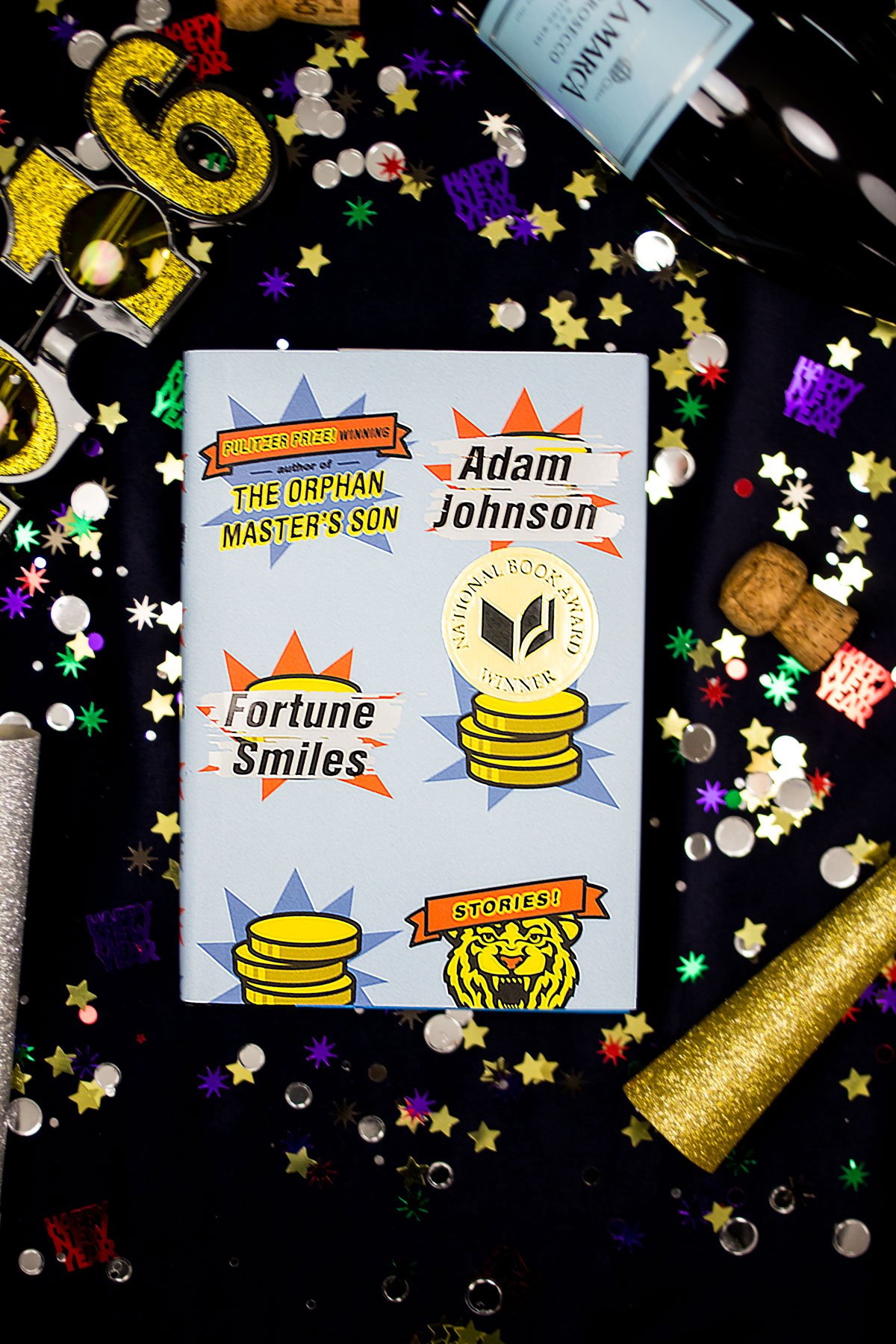 Each of the six stories are works in their own right, but combined, they are an impossibly worthy follow up to Adam Johnson’s Pulitzer Prize-winning novel The Orphan’s Master Son. The sweet, tangible sadness of this world is difficult to put down, and continues to echo long after the final page. National Book Award winner indeed. (Random House)

The Argonauts by Maggie Nelson 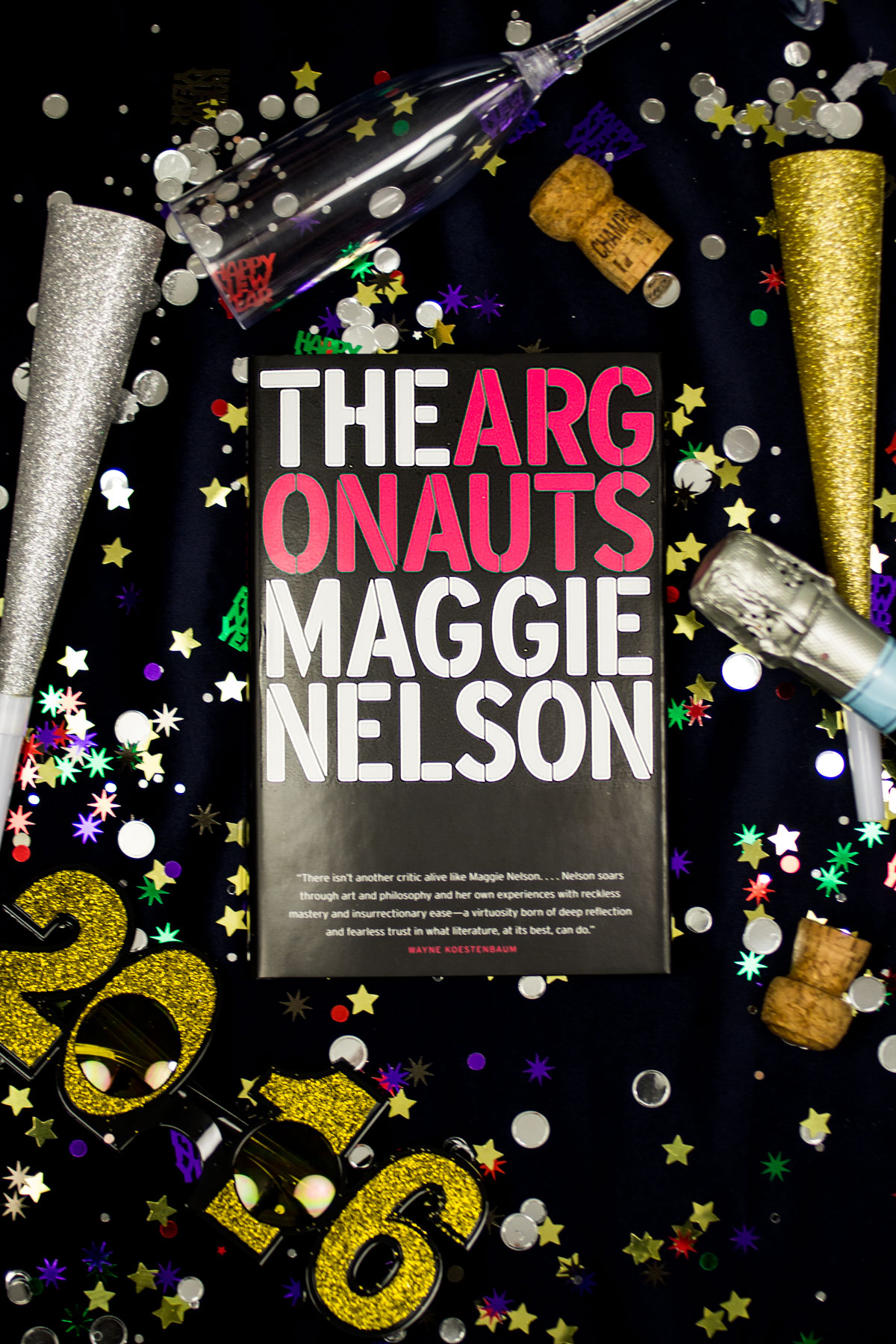 This genre-bending memoir contains at its heart a love story—the one between author Maggie Nelson and artist Harry Dodge. Told in her infamous blend of poetic prose and paired with snippets from other theorists, Maggie’s account of her relationship with Harry, who is fluidly gendered, her becoming a stepmother to his son and their conception and gestation of a child together, will help blow apart the myth that gender is binary, existing in black or white. This book about Maggie’s unique experience reveals the shades of gray and will help redefine the ways we speak about men, women, sexuality, marriage, childbirth and what it means to be a family. Required reading for the 21st century. (Graywolf Press) 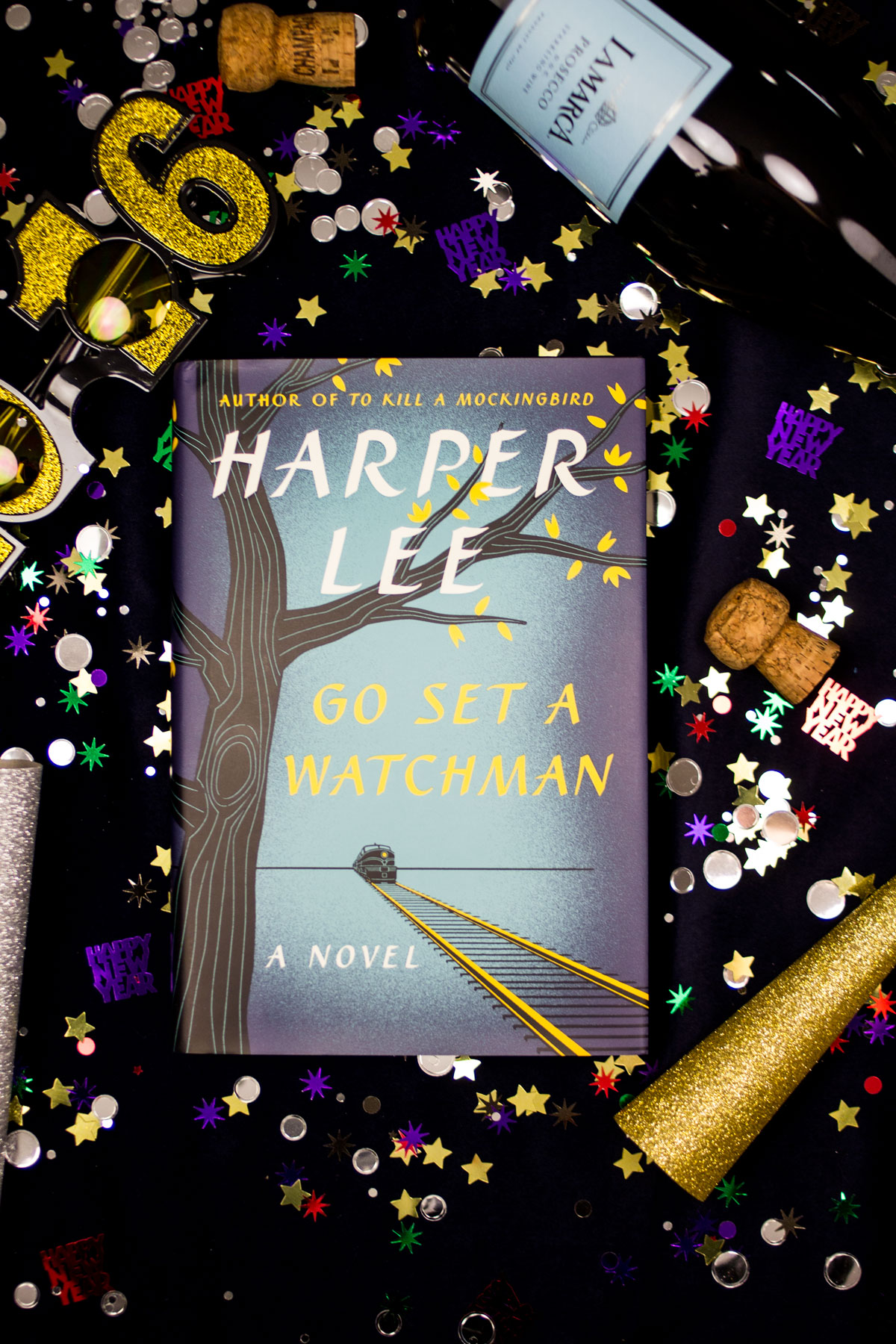 Harper Lee, the author of To Kill A Mockingbird, belatedly returns to the literary scene with a sequel to her American classic set twenty years later. Scout, now twenty-six, returns to Maycomb, Alabama to visit her aging father Atticus. The  unrest of the Civil Rights movement pulses along behind them as Scout realizes her father is merely human—flawed like the rest of us. Lee’s prescience is illuminated in this novel; though written in the 1950s, she touches on the racial inequality that still plagues our country today. (Harper Collins) 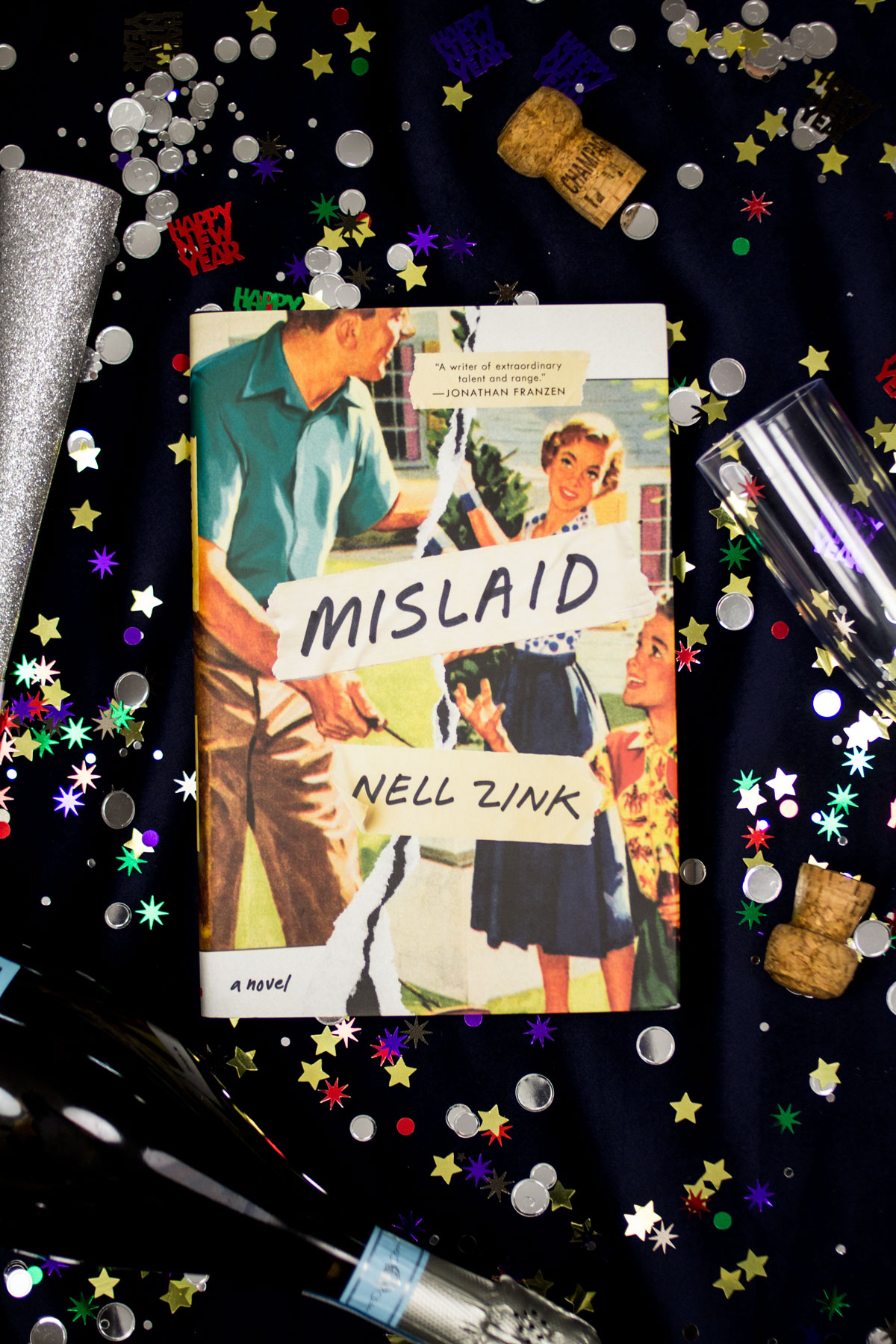 In this funny and twisted novel that opens in 1966, Peggy, a wide-eyed freshman falls for her poetry professor Lee and the two descend into an imprudent affair that results in an unplanned pregnancy and subsequent marriage. But after a decade of discontent, Peggy escapes with her three-year-old daughter, leaving her son Byrdie behind. Peggy, terrified they’ll be found and she’ll be jailed for abandonment, creates new identities for her and her daughter Karen, moving them into an African-American neighborhood and passing as black. Years later, the two siblings end up on the same college campus and meet, slowly unraveling the circumstances that brought them together. A witty take on the dissolution of the nuclear American family. (Ecco)

H is for Hawk by Helen Macdonald 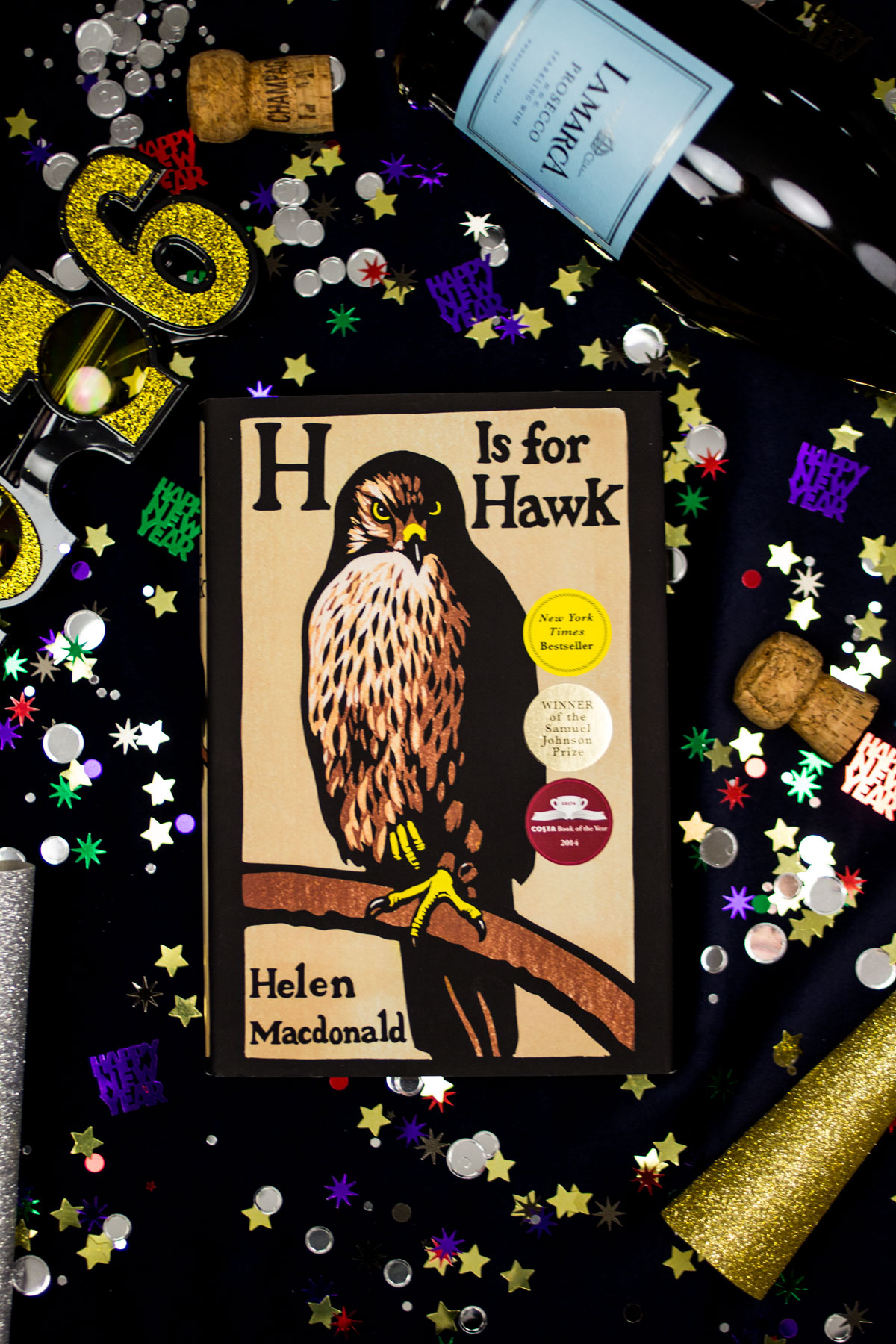 After her father’s sudden death, Helen Macdonald is left adrift, like a boat sprung loose from its mooring. To cope with her grief, the practiced falconer decides she will train the most ferocious of hawks, the goshawk. She adopts Mabel and learns that she and the bird are more alike than she realized, and that, in ways small and large, Mabel, in all her wild fury, is slowly bringing her back to life. This stunning memoir expounds on the intricacies of grief and the near-magical relationship between humans and animals in beautiful and melodic writing. (Grove/Atlantic)

A Little Life by Hanya Yanigahara 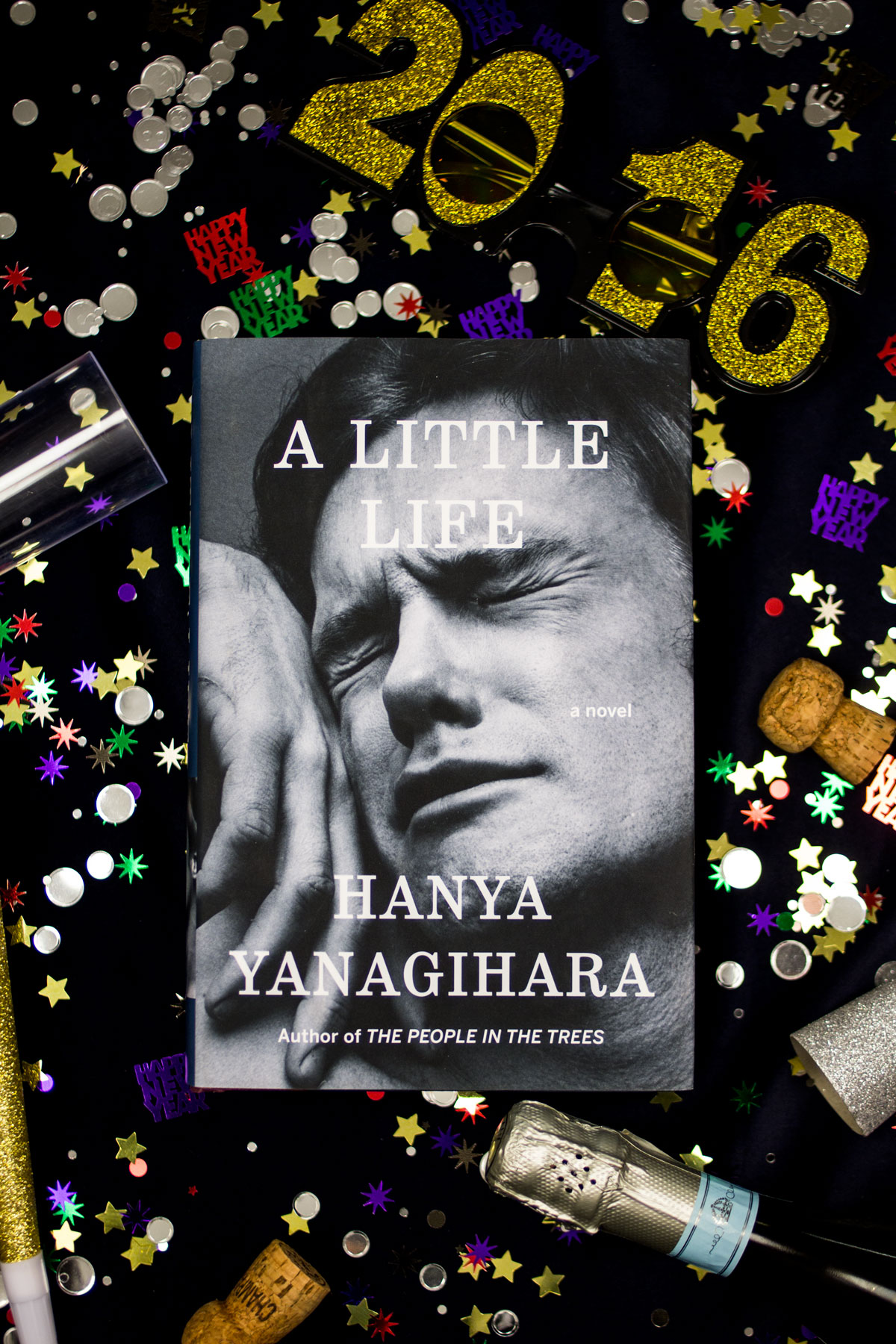 Nominated for a National Book Award, this monumental novel follows four friends as they leave their bucolic Massachusetts college campus and settle in New York City. Willem, JB and Malcom orbit around Jude, a razor-sharp litigator with an acerbic dark side that lingers from childhood trauma. A vast and profoundly moving novel that explores the creeping darkness of memory, the choke of addiction and anguish, and the magnetic power of friendship and love. (Doubleday)

Black Earth: The Holocaust as History and Warning by Timothy Snyder 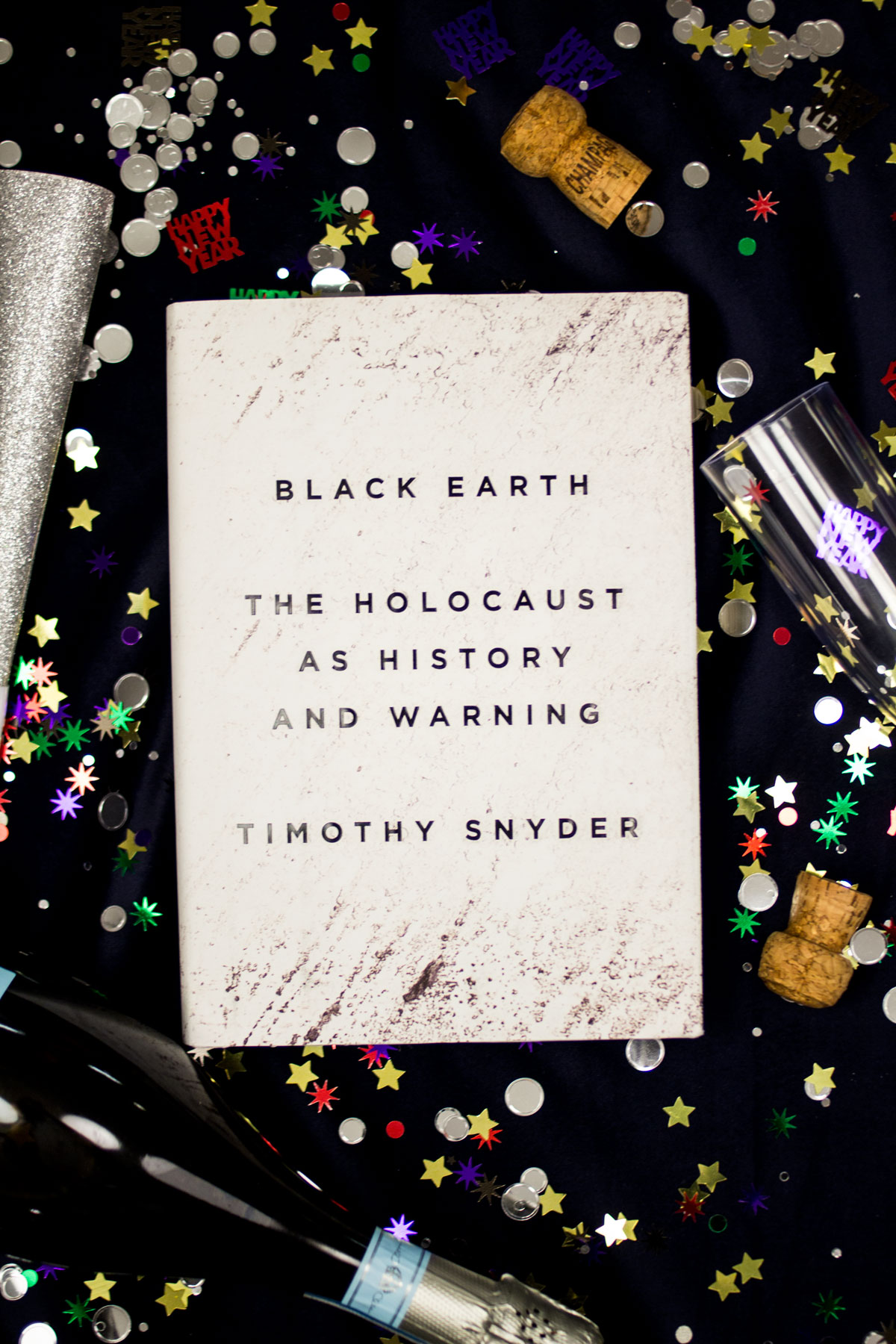 Author Timothy Snyder’s warning cry throughout Black Earth is this: “Those who do not remember the past are condemned to repeat it.” This carefully-researched volume looks at the rise of the Nazi Party and subsequent extermination of Eastern European Jews, an atrocity that many living today would consider a distant memory. But Snyder’s cautionary tale tells us that our world is astonishingly close to Hitler’s and, as such, a monstrosity like the Holocaust could happen again given the correct circumstances. As similar rhetoric flies from the mouths of presidential candidates about Muslim refugees, the lessons within this imperative read take on a whole new meaning. (Tim Duggan Books)

The Turner House by Angela Flournoy 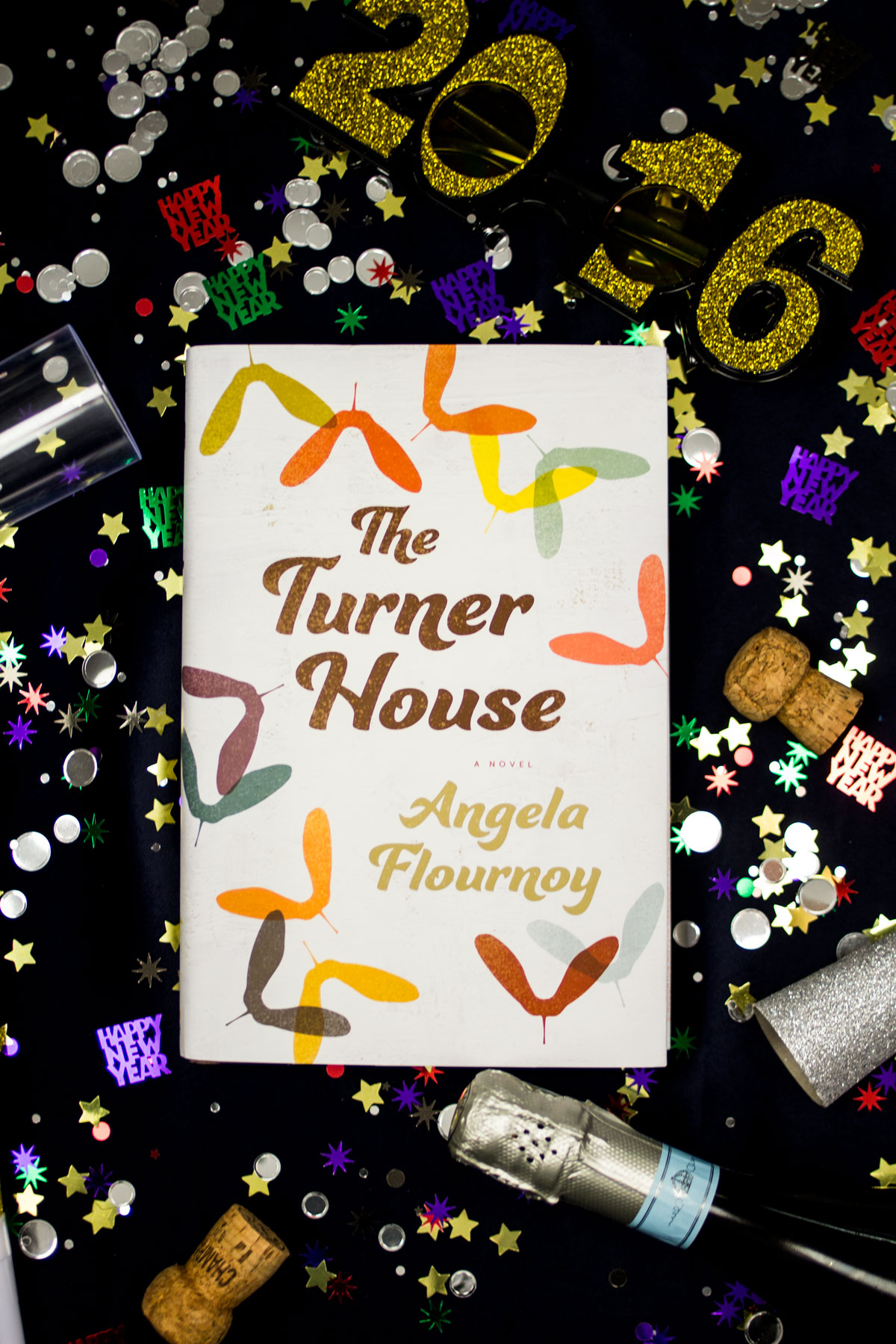 New literary talent Angela Flournoy meditates on the meaning of home in her debut novel The Turner House. The Turners have lived on Yarrow Street in the decaying city of Detroit for over fifty years. The four walls of their house have witnessed the maturing of thirteen children, the birth of grandchildren, the death of their patriarch. When Viola is forced to move out and it’s revealed that their home—containing a lifetime of priceless memories—is worth a tenth of what they paid, the family reunites to weigh the decision. As these fully fleshed out characters emerge, you’ll find yourself questioning along with them, what exactly a life together is worth. (Houghton Mifflin Harcourt)

Spinster: Making A Life of One’s Own by Kate Bolick 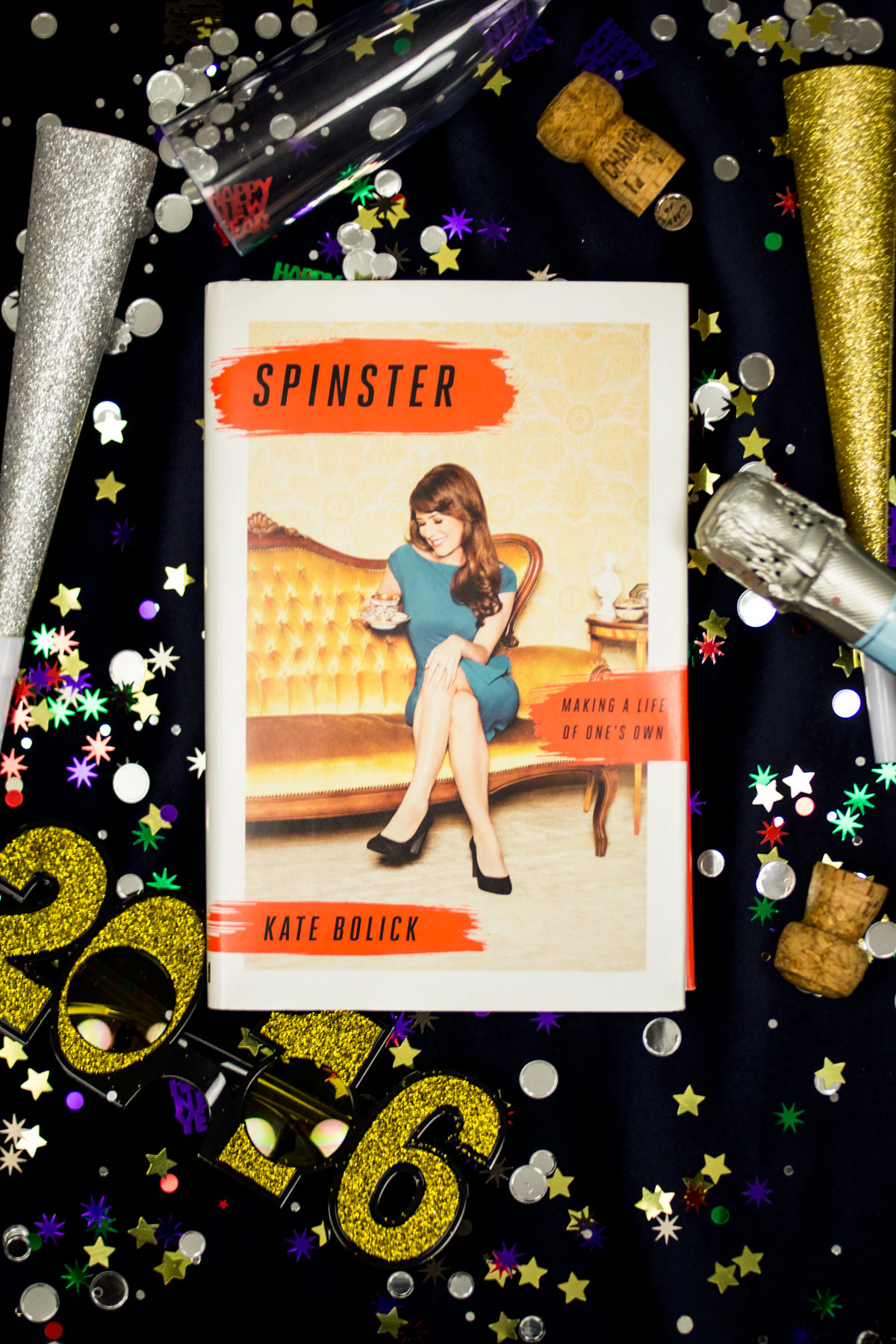 Journalist and author Kate Bolick flips the traditional concept of spinsterhood on its head with this empowering book on the single, motherless woman—past and present—and waxes about her ability to find success and fulfillment through unconventional ideas and choices, long seen as self-centered, unnatural and threatening to the social norm. A must-read for the modern woman. (Crown Publishing)

The Folded Clock: A Diary by Heidi Julavits 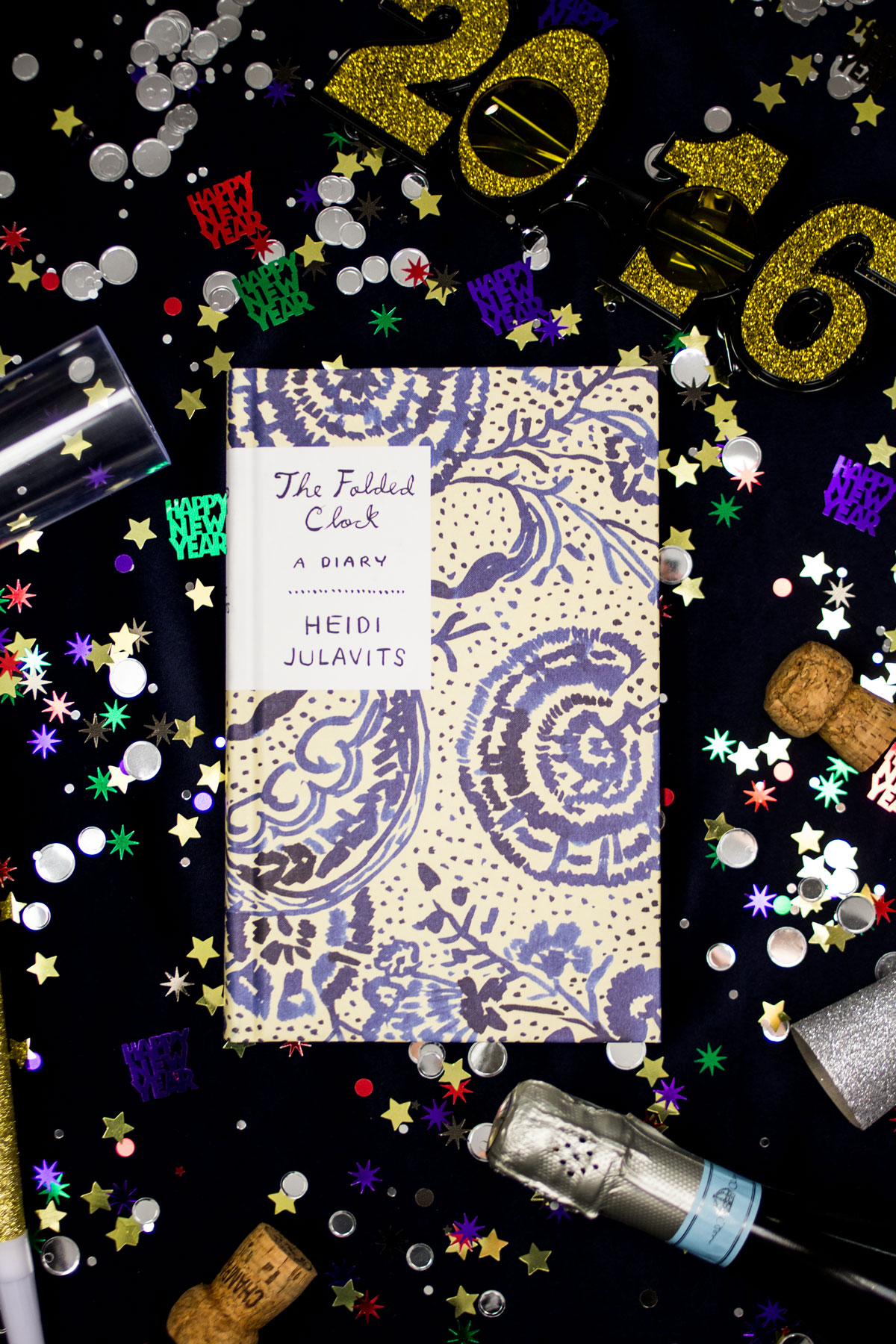 As a child, author Heidi Julavits faithfully kept a diary, beginning each day with the simple declarative “Today I…” Decades later, she uses the same framework to craft a form-defying memoir that puts chronology in a blender and abandons all self-seriousness but still manages to explore artistic ambition, motherhood, ethics, and the authentic self. Thoroughly engrossing and sharply funny, The Folded Clock set the bar for all other modern memoirs in 2015. (Doubleday)

Did we get it right? What were your favorite books of 2015? Tell us below!