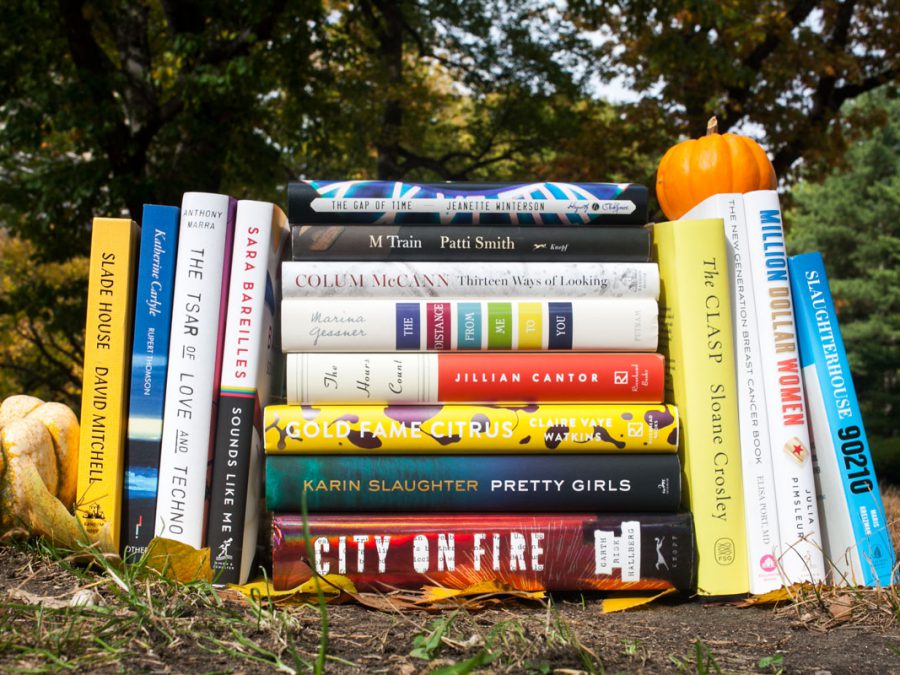 We know the drill. You want to stay current, but with so many books being published every month, it’s hard to know which titles are worth purchasing from your local bookstore, downloading on your eReader, or waiting for at the library. Read It Forward to the rescue! We here at Team RIF have been spending these crisp October days with our noses buried in books: We’ve collected sixteen of our favorite books—a healthy mix of fiction, non-fiction, young adult and memoir—all of which came out in the past month.

So, if you’re stumped about what to read next, check here to see what we’ve been loving this month—and click on the images to shop our picks. Then let us know in the comments what you’ve been reading and why you’re enjoying it!

The Hours Count by Jillian Cantor 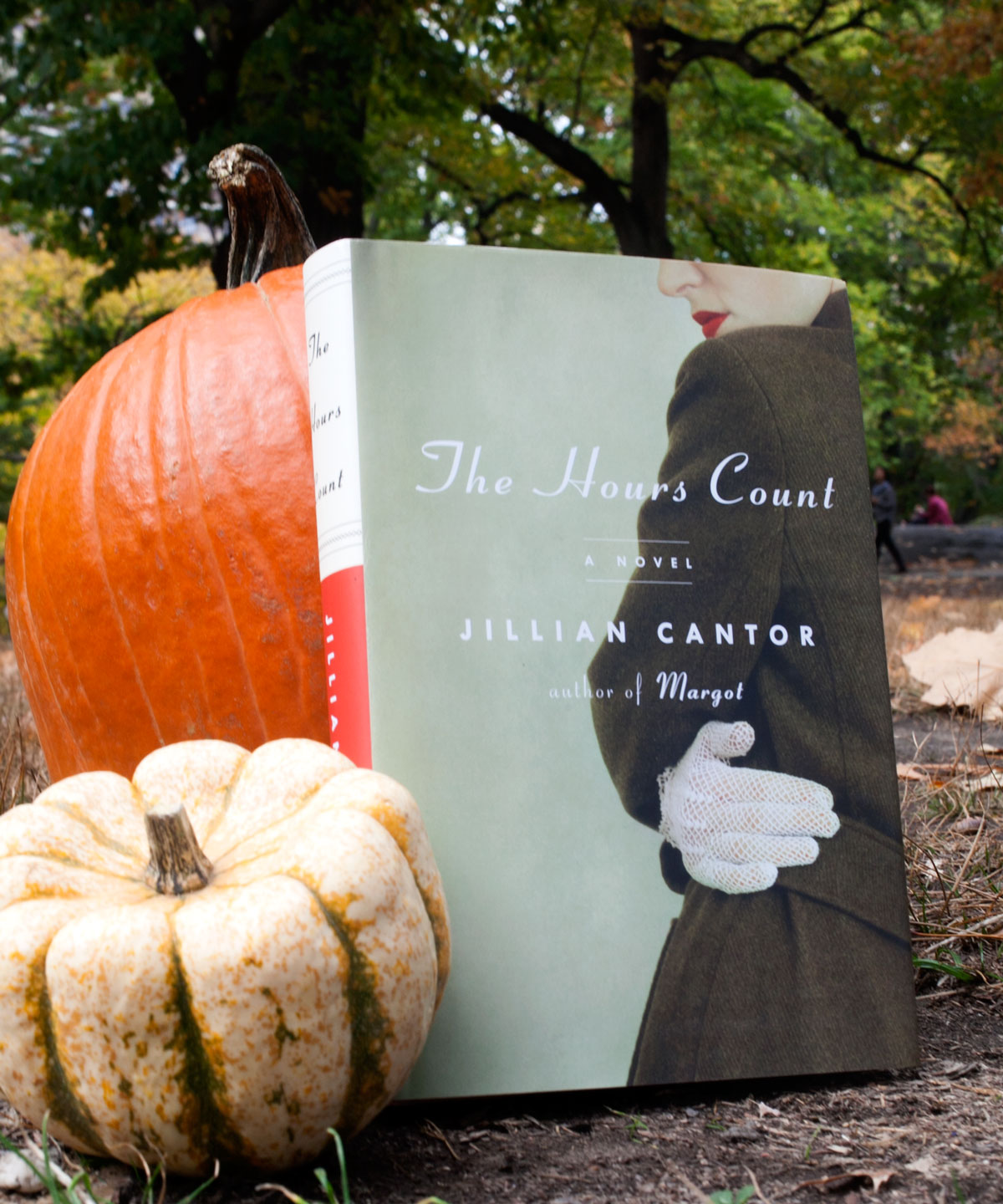 Julius and Ethel Rosenberg were executed in 1953, after being accused of espionage during the Cold War. On the day Ethel is arrested, she leaves her two young sons with her neighbor and never returns. Author Jillian Cantor is a master of taking historical fact and imbuing it with fiction to create a layered narrative that’s entirely new. Through her character of neighbor Millie Stein, Cantor explores the dawn of psychology, the paranoia of the McCarthy era and what it means to be a woman in and outside the traditional bonds of marriage. (Riverhead Books) 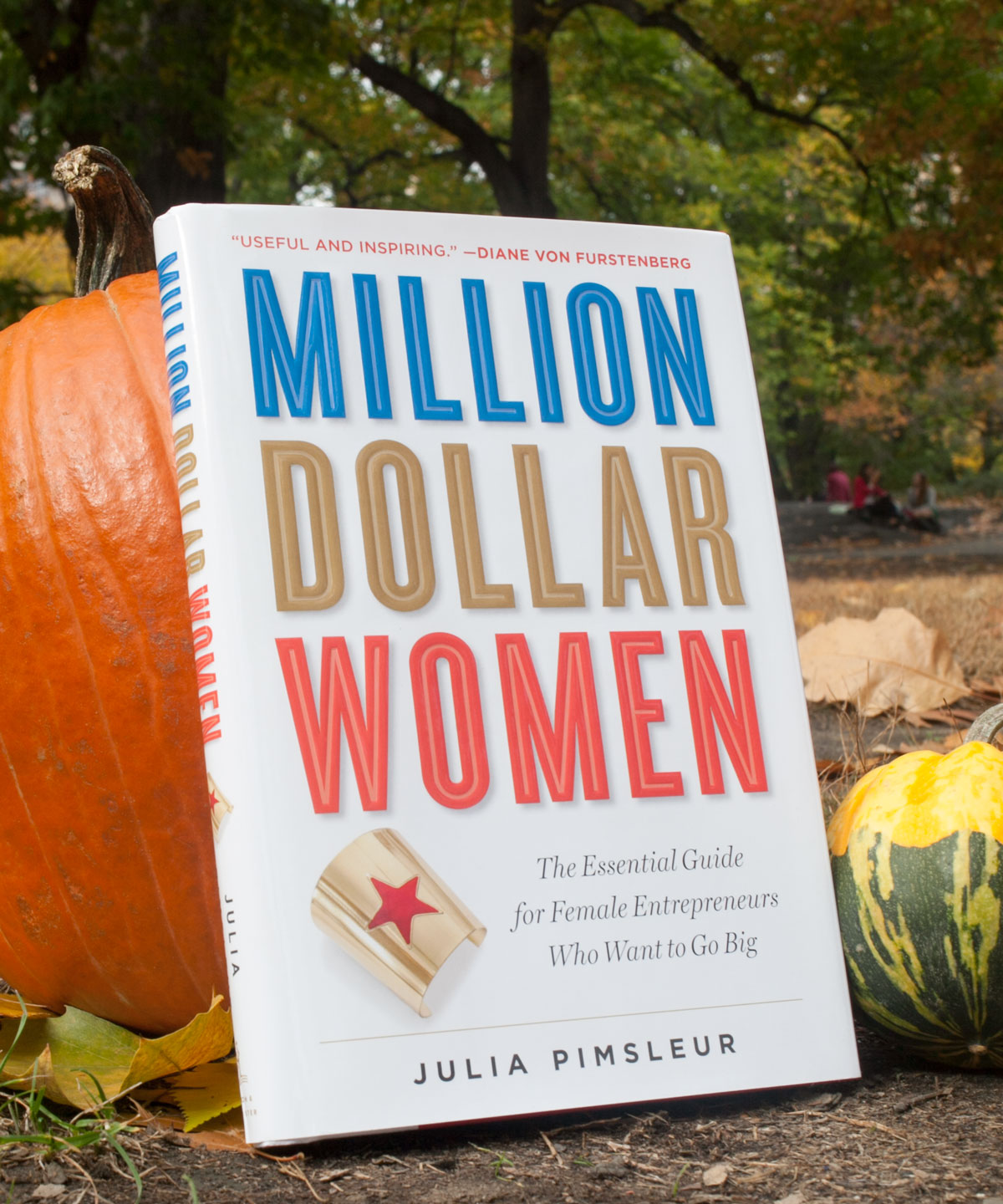 Julia Pimsleur is the CEO and Founder of Little Pim, the leading education system for introducing children to a second language. After raising millions of dollars in venture capital to launch her company, she began teaching an online course called “Further. Faster. Funded.” to help other women to do the same. In Million Dollar Women, she introduces readers to 7 inspiring female CEOs whom she says are at “Mount Everest basecamp” in their careers—not yet at the top, but skilled enough to pass along what they’ve learned to entrepreneurs just starting out. These women (who include the head of a female-owned private jet company, and a former WNBA star) share the mistakes they’ve made and how you can learn from the trails they’ve blazed. (Simon and Schuster) 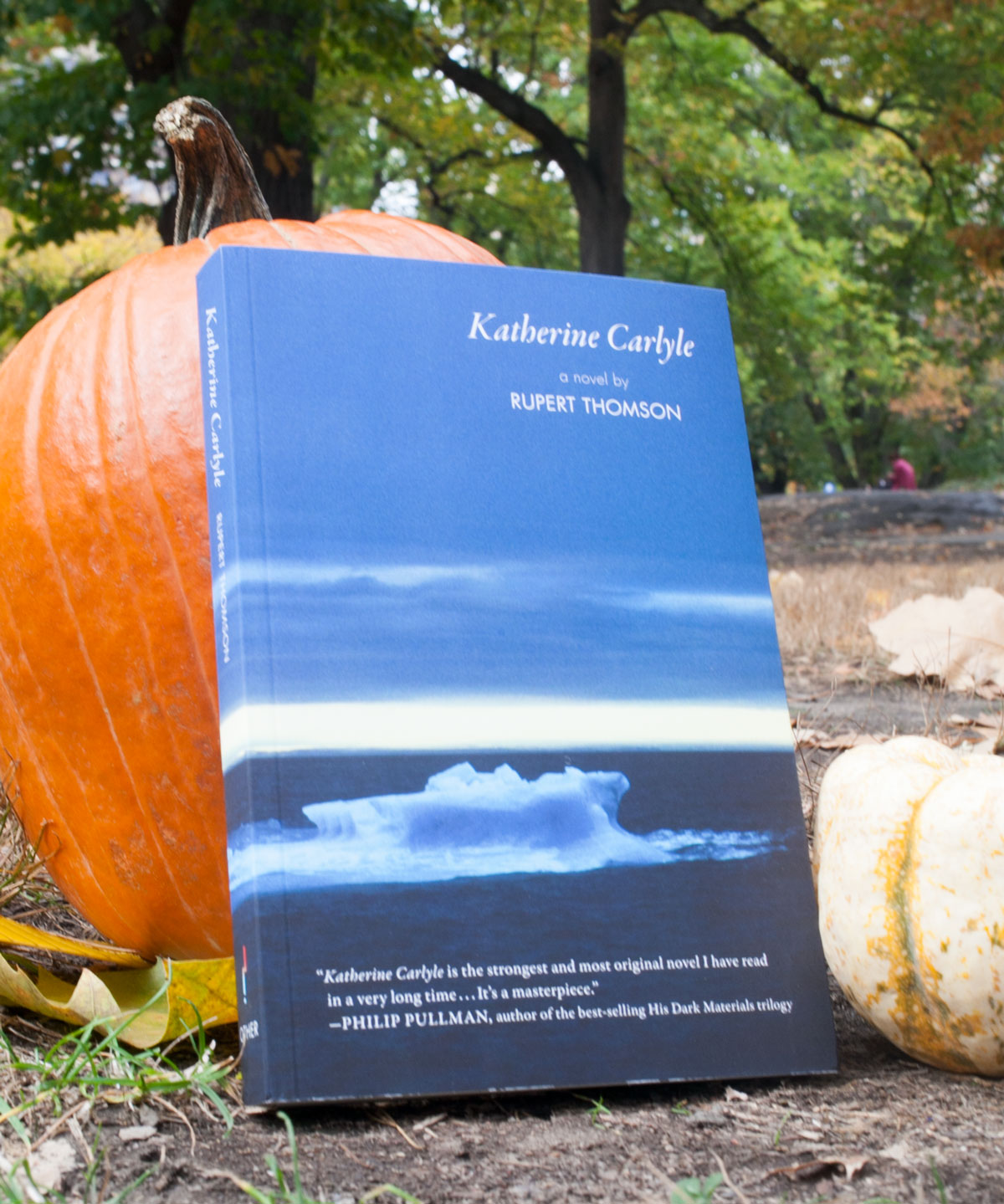 The titular character originates as a frozen embryo conceived through In Vitro Fertilization. Life for her begins after she is implanted in her mother and born into a happy life. But at the tender age of nineteen, that happiness is dashed after the death of her mother. Her father, devastated by grief and often absent, doesn’t notice when Katherine sets off on a journey of self-discovery, eventually ending up in the unforgiving cold of the Arctic Circle. As she grapples with her own beginnings, Katherine charts a course that is breathtaking and utterly original. (Other Press) 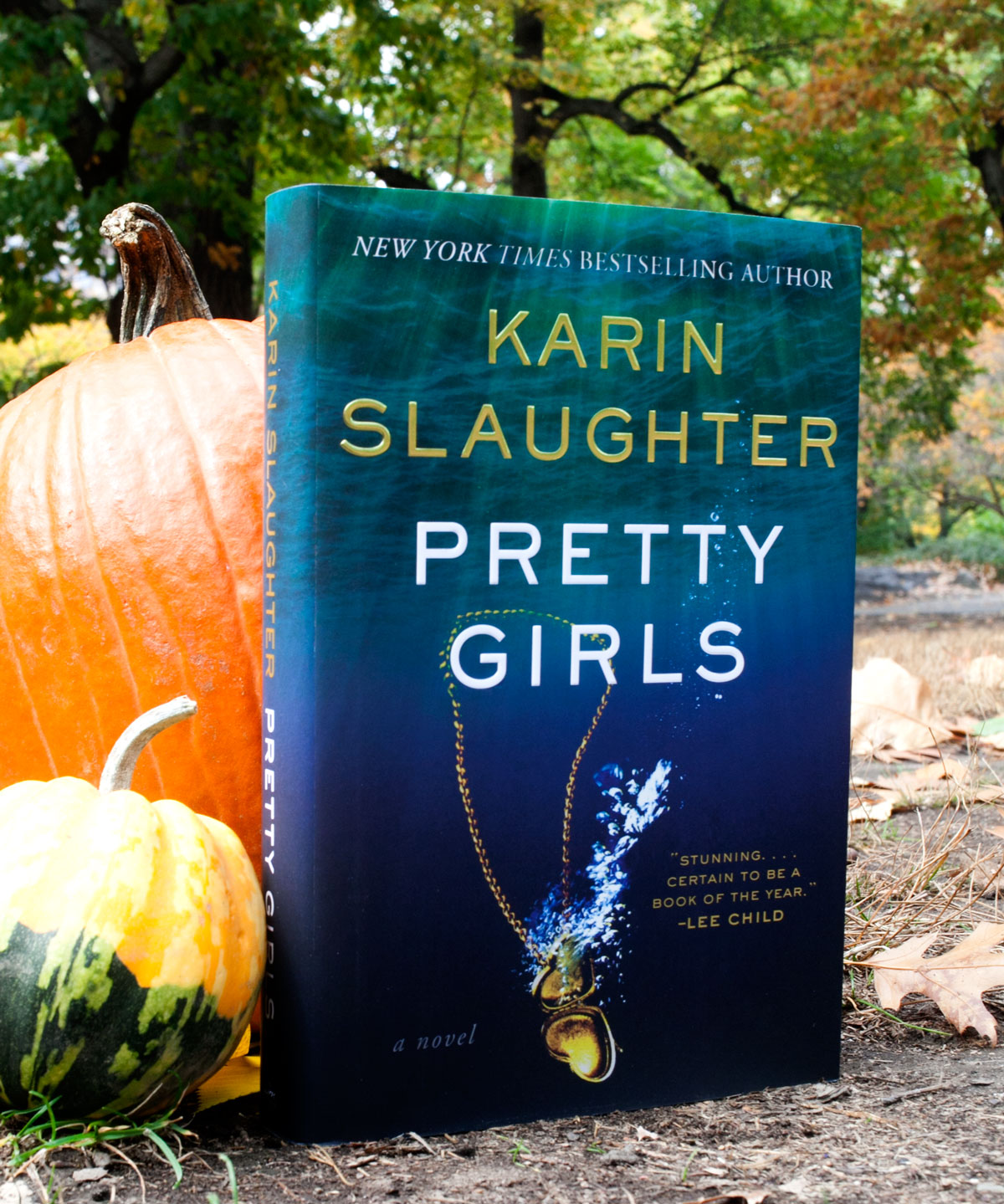 Sisters Julia and Claire have not spoken to one another since the tragic disappearance of their teenaged sister over twenty years ago. Instead, they’ve followed wildly different paths in life; Claire is the wife of a wealthy Atlanta businessman, while Julia is a single mother struggling to make ends meet. But after Claire’s husband is found murdered, the two sisters begrudgingly come together to explore the connection between his death and their sister’s vanishing. Slaughter deftly creates this psychological thriller, while also weaving in threads of the familial bonds of sisterhood, vengeance and forgiveness. (William Morrow) 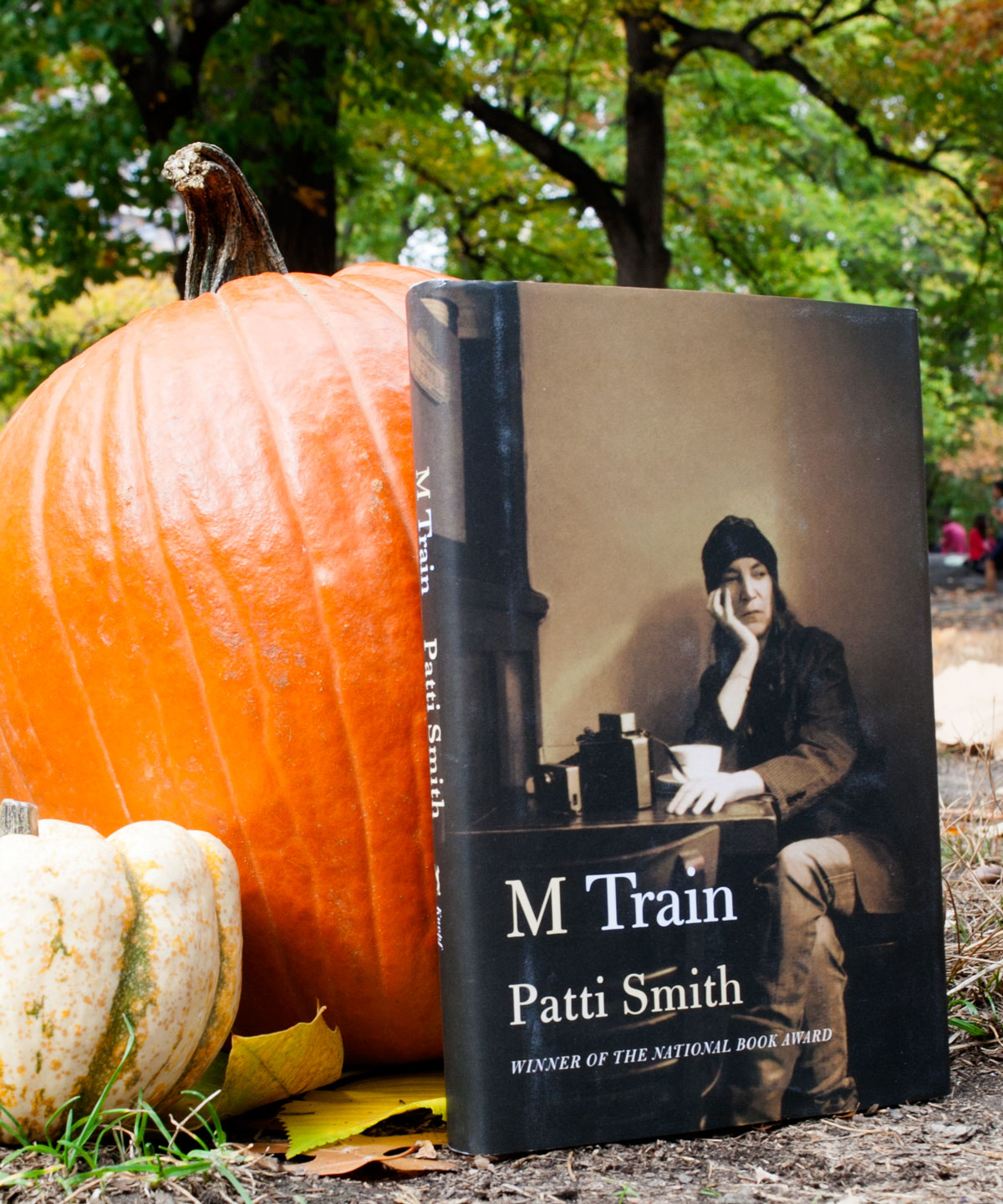 Legendary artist and rocker Patti Smith won great acclaim—and a National Book Award—for her memoir Just Kids, which details her relationship with Robert Mapplethorpe and their time spent in the Chelsea Hotel during the late sixties and seventies. In her second memoir M Train, Smith invites readers to join her for black coffee and toast at her favorite Greenwich Village café, as she recounts tales of her travels, her Michigan upbringing and her late husband. Taking us from Frida Kahlo’s house in Mexico, to Berlin to New York’s Rockaway Beach before Hurricane Sandy, Smith has a knack for turning the mundane into magic. (Knopf)

The Gap of Time by Jeanette Winterson 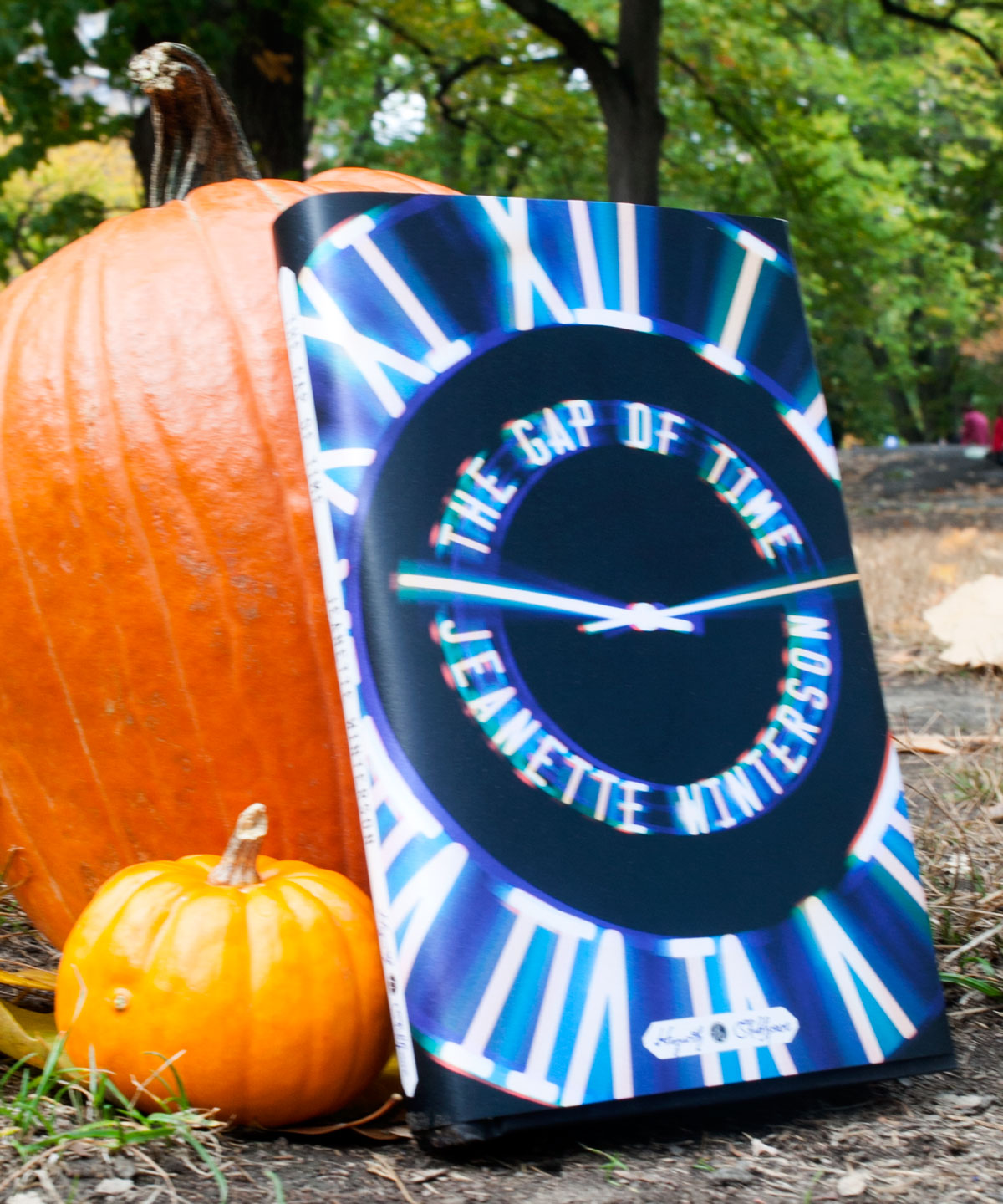 Like any good cover of a classic song, the end result is a tribute to the original in an entirely new iteration. Such is the case in Jeanette Winterson’s adaptation of Shakespeare’s The Winter’s Tale, part of Hogarth Shakespeare’s new series of modern versions of the Bard’s works. Winterson takes Shakespeare’s plot points (jealous king exiles his baby daughter who is found and raised by a shepherd in Bohemia) and sets them in London in 2008 after the financial crisis and in the storm-ravaged American city of New Bohemia. Against this backdrop, Winterson explores the themes of all-consuming envy, money, friendship and parental guilt in wholly new ways. (Hogarth) 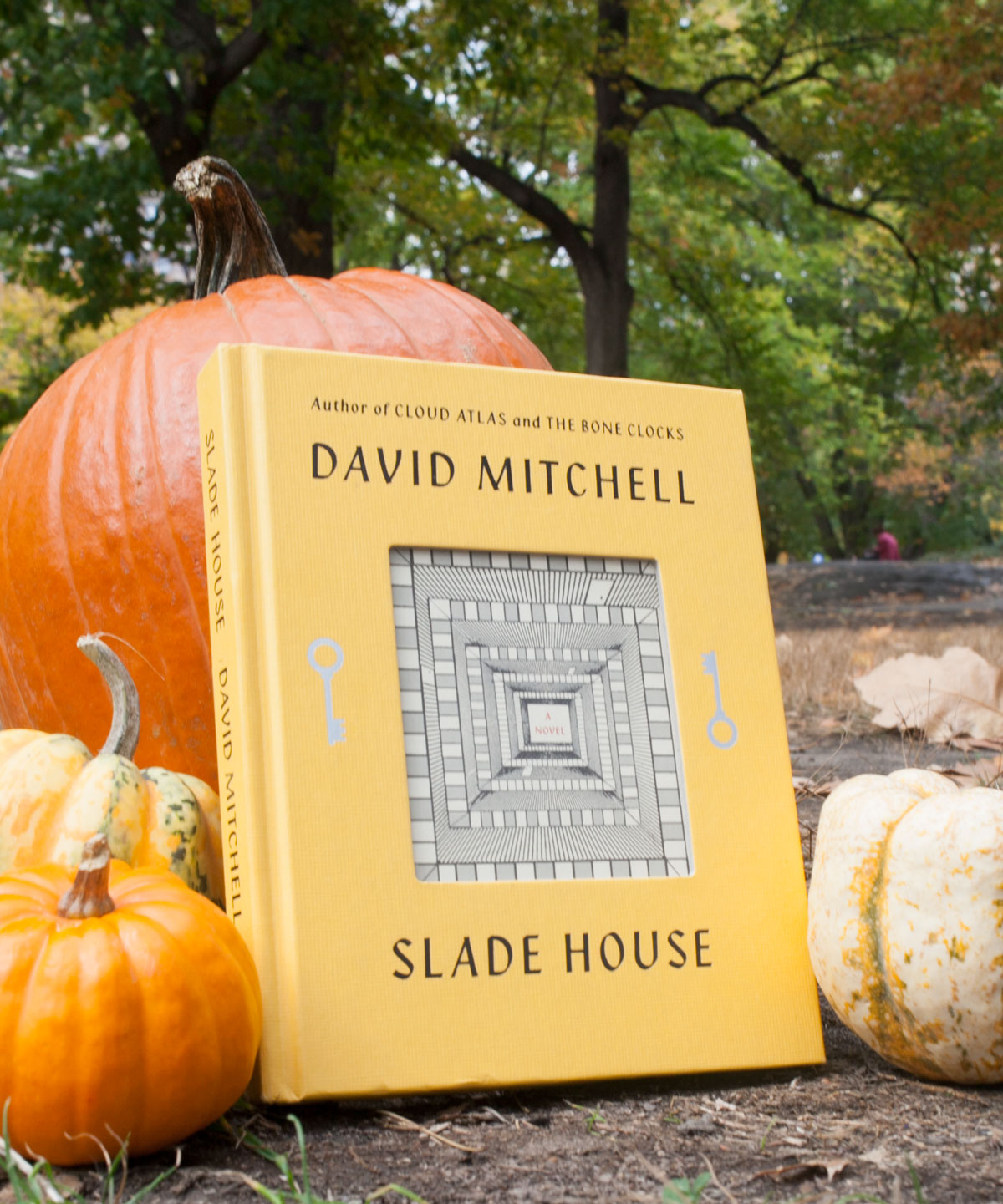 In this inventive take on the haunted house story, David Mitchell (author of Cloud Atlas), constructs Slade House, visible only to outsiders by its small black iron door embedded in a brick wall in an alley in Britain. Every nine years, the inhabitants of Slade House (a creepy brother-sister duo) invite someone to join them—usually someone lonely, hurting or isolated by society. Mitchell creates a spine-tingling, spooky read that will join the canon of incredible horror reads, right alongside The Turn of the Screw and The Shining. Read this with the lights on. (Random House) 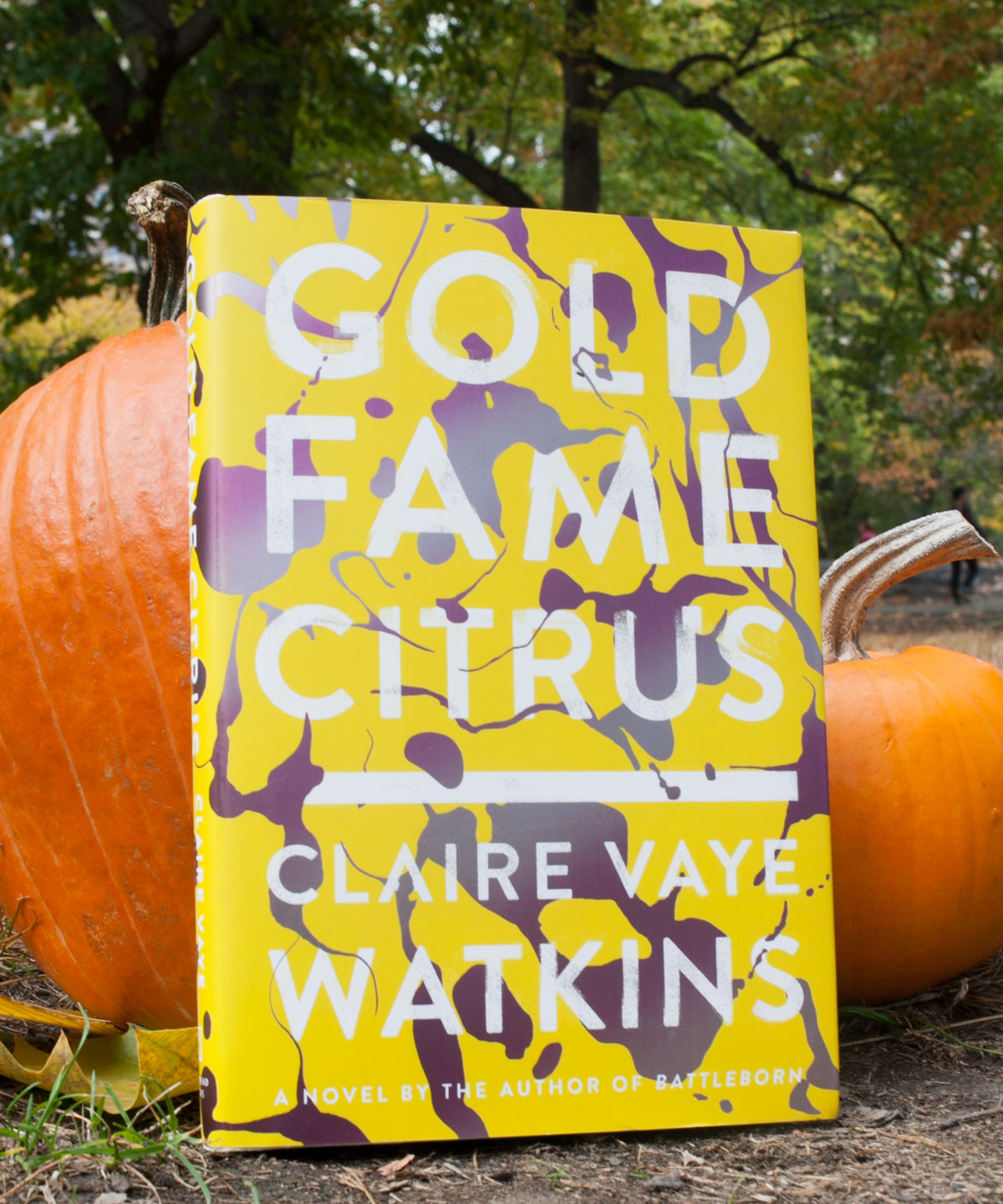 Following up on the rampant success of her debut story collection Battleborn, Claire Vaye Watkins returns with a novel set amidst the scorching heat of the Mojave Desert. Where once seekers of gold, fame and citrus came to the American West to find riches, three characters—ex-model Luz, former surfer Ray, and a child they encounter—try to merely survive in the parched, waterless drought of an ever-expanding desert. Love blooms between Luz and Ray, despite the desiccated setting, and the three all thirst for a better life, leading them on a journey through a dystopian landscape, not unlike the one described in McCarthy’s The Road. Watkins draws from the ecological crises of today and imaginatively creates a future world that’s both terrifying and captivating. (Riverhead Books) 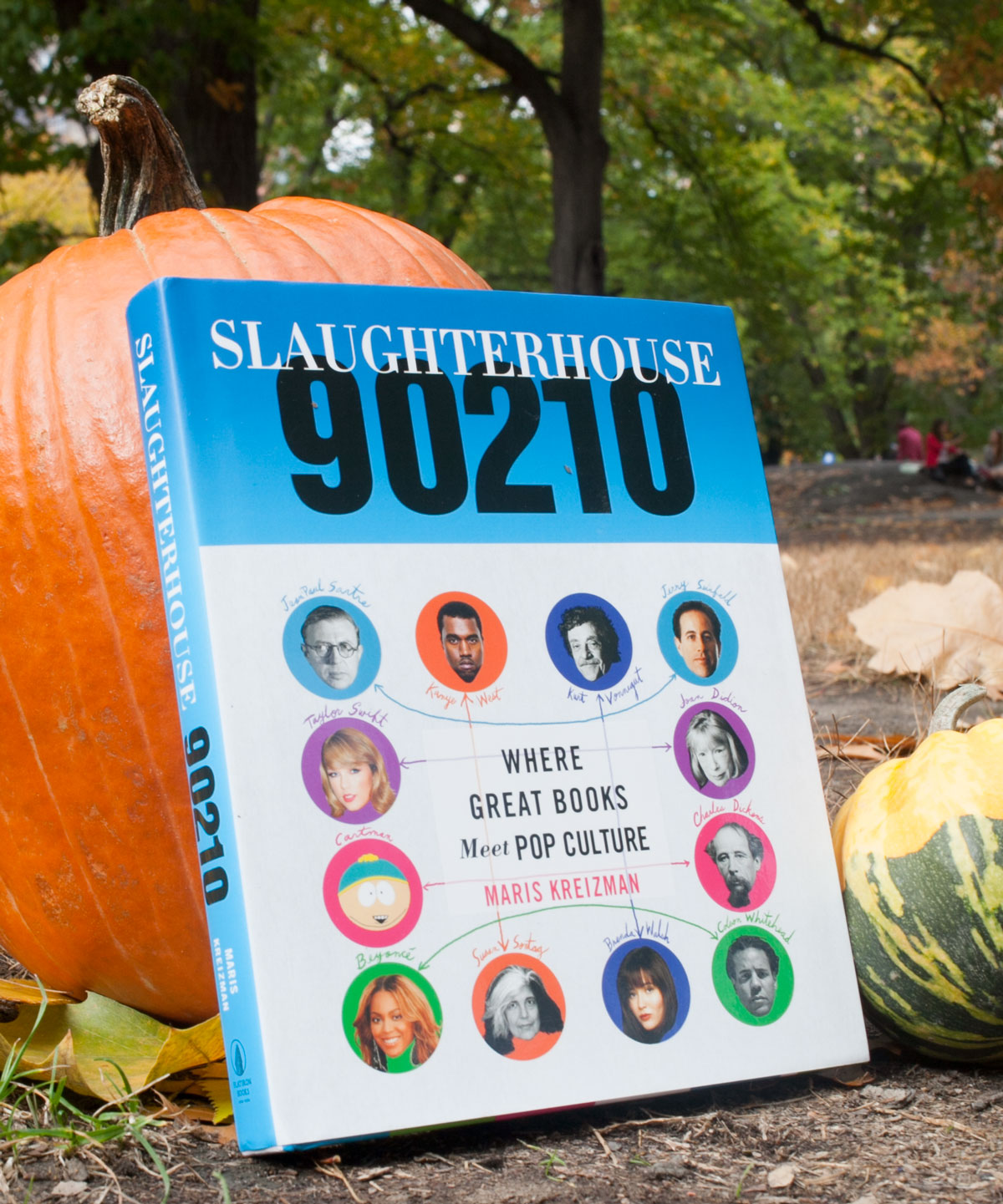 Dubbed the “perfect book for anyone with a Netflix account and a library card,” Slaughterhouse 90210 began as a blog, merely to satisfy author Maris Kreizman’s insatiable love for all things literary and pop culture. She pairs scenes from TV and movies alongside quotes from beloved authors and the melding only serves to elevate our understanding of both. When you read her marriage of a scene from The Sopranos with a quote from George Eliot’s Middlemarch, you’ll totally get Kreizman’s genius. (Flatiron Books)

The Clasp by Sloane Crosley 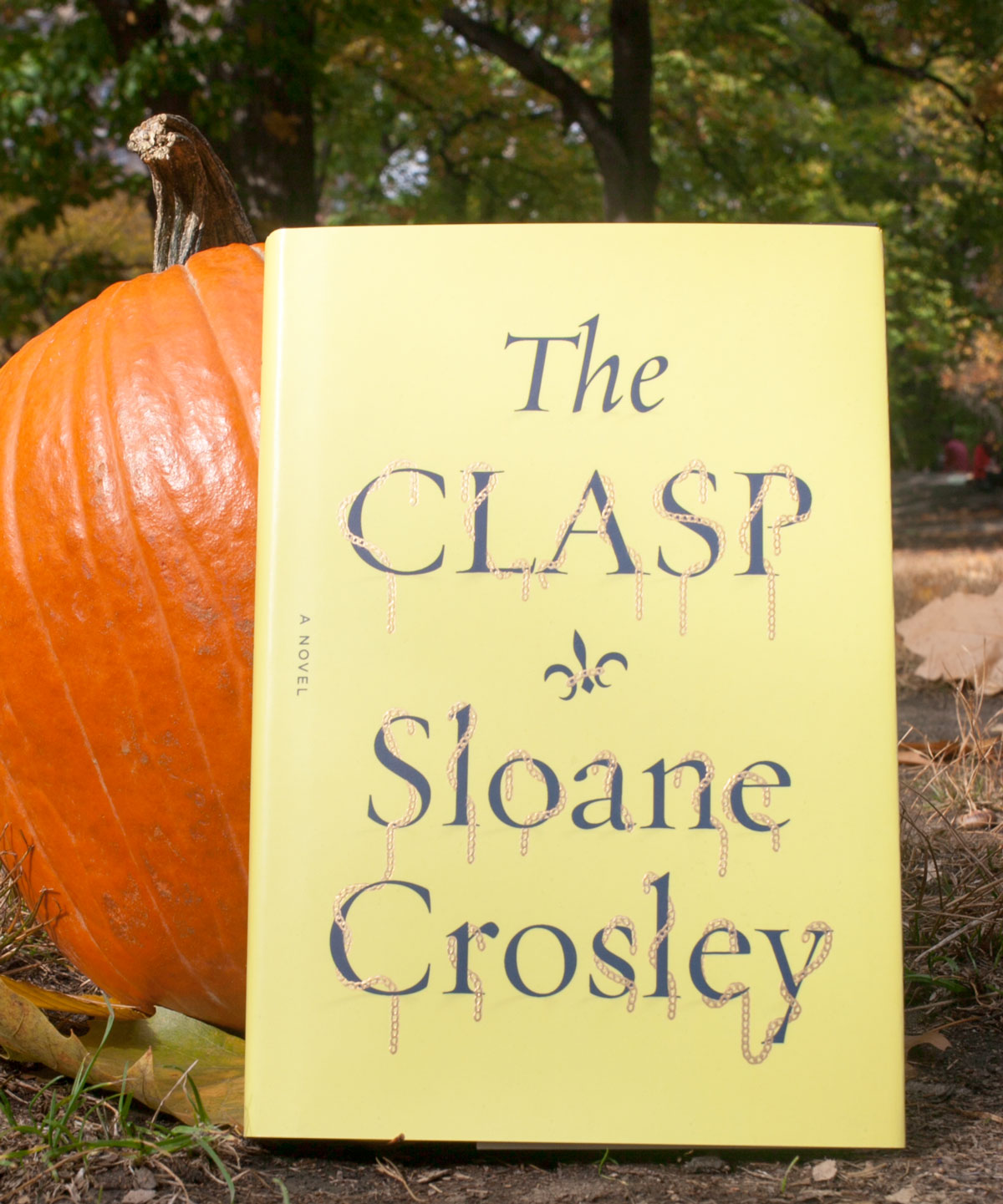 Victor, Kezia and Nathaniel, who haven’t seen one another since college, are all reunited at a friend’s wedding nearly a decade after graduation. Over the weekend, the twenty-somethings, eager to be away from their dead-end jobs, settle back into comfortable patterns from their days on campus, ones of unrequited love and jealousy. But after the groom’s mother reveals a story of a long-lost necklace that disappeared during Nazi Occupation, it sets the three of them off on an adventure through France to locate the missing jewels—as well as figure out where they now fit into each other’s lives. Crosley’s writing is both tender and hysterical, making this the perfect read for fans of Meg Wolitzer’s The Interestings. (Farrar, Straus and Giroux) 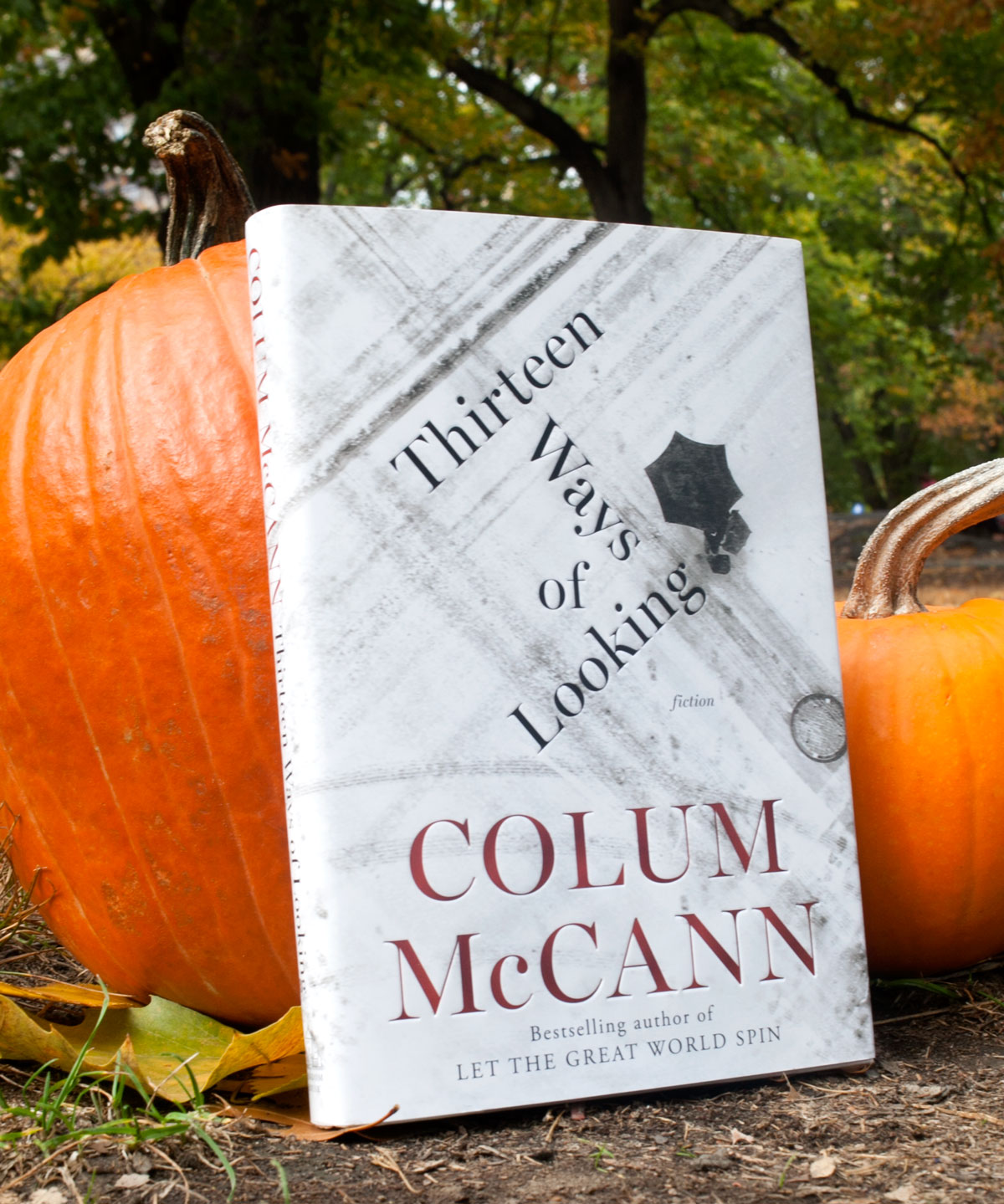 Colum McCann, known for novels Let The Great World Spin and TransAtlantic, gives fans a collection of short fiction, his first in over a decade. Though the three short stories and the one novella are seemingly disparate—the last day in the life of a retiring New York City judge; a nun whose attacker still walks free; a mother who loses her son in a drowning at Christmastime; a writer imagining the life of a U.S. Marine—they are all connected simply by the mysterious and ever-changing notions of what it means to be human. (Random House) 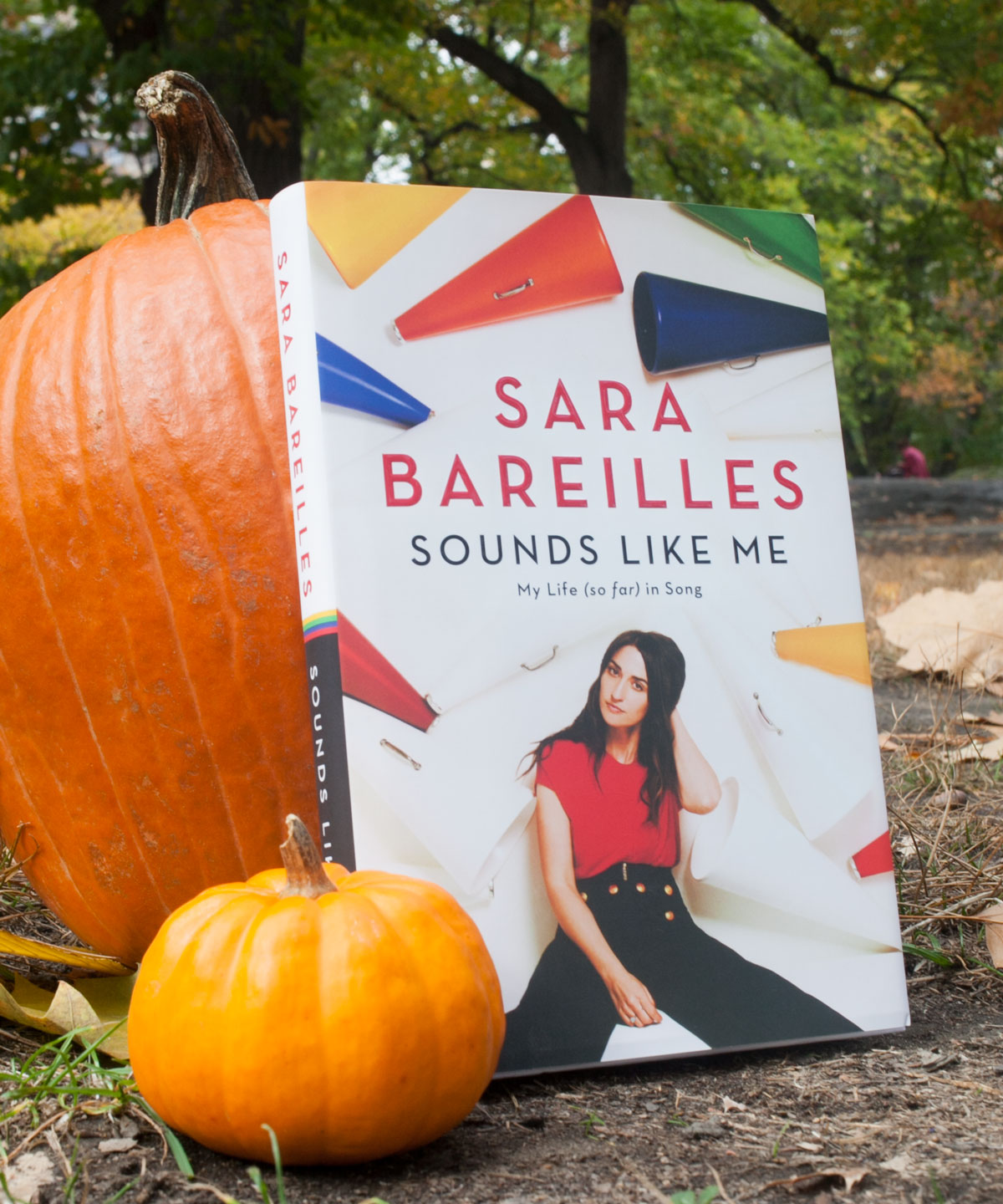 Sara Bareilles, the soulful singer behind chart topping hits like “Brave” and “Love Song,” has just released her memoir, which she wrote over the last two years and calls a “labor of avoidance, then hate, then love.” In it, the five-time Grammy nominee shares the back-stories of some of her most popular hits, illustrating just how deeply her songwriting process is rooted in her own life. From high school heartbreak and her struggle with self-image to the arduous process of writing a musical, Bareilles shares a private and personal part herself with her fans and the result is honest, humble and humorous. (Simon and Schuster)

The Tsar of Love and Techno by Anthony Marra 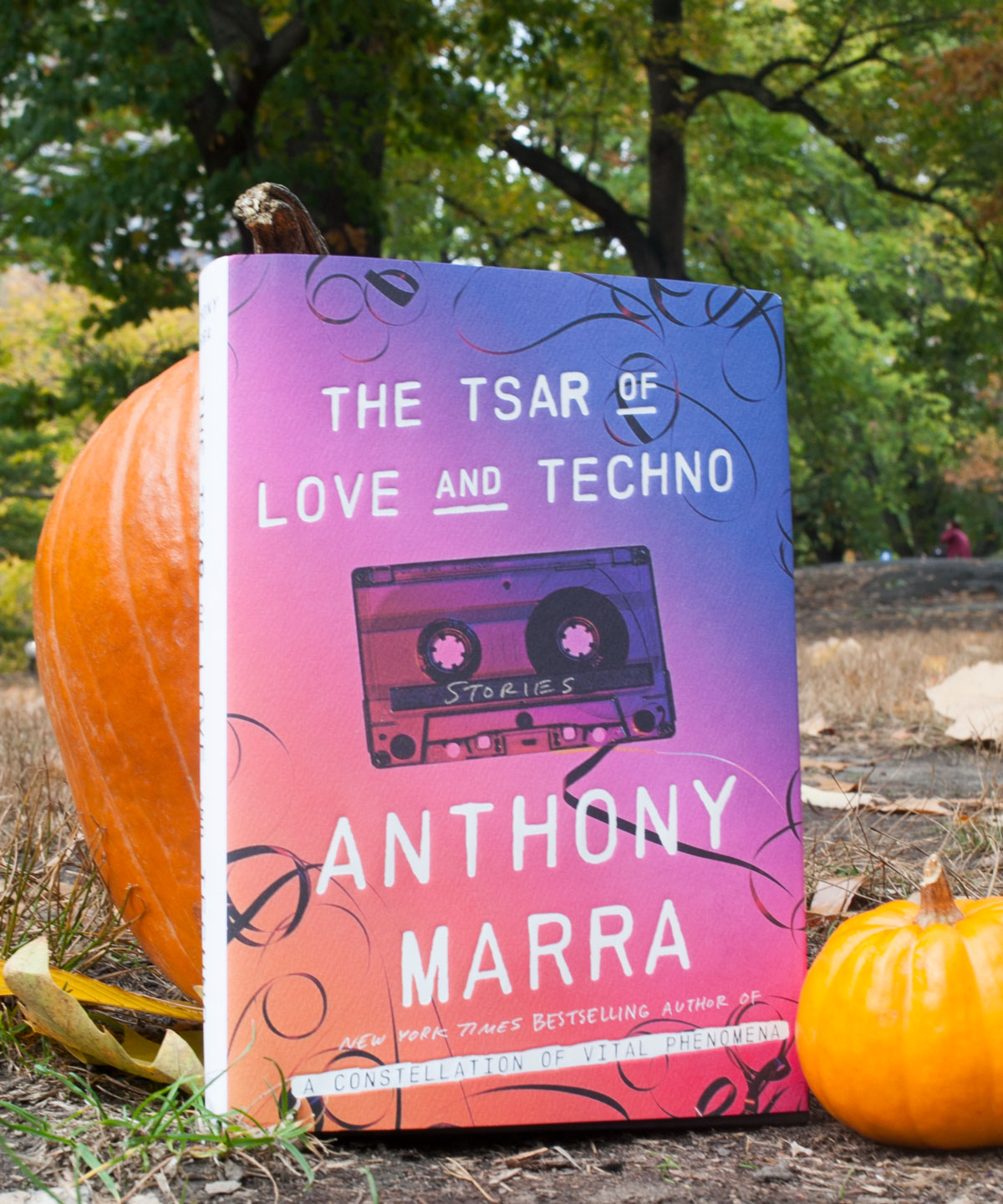 After the dazzling success of his first novel, A Constellation of Vital Phenomena, Anthony Marra returns with The Tsar of Love and Techno, a linked short story collection set in Russia during the turbulent years between 1937 and present day. The stories are connected by a painting that passes through the hands of most of the interwoven characters, and a hillside location, where so many have experienced pain. The fictional web Marra spins is dazzling and the book will leave you questioning the legacies we each leave behind. (Hogarth)

The New Generation Breast Cancer Book: How to Navigate Your Diagnosis and Treatment Options-and Remain Optimistic-in an Age of Information Overload by Elisa Port, MD 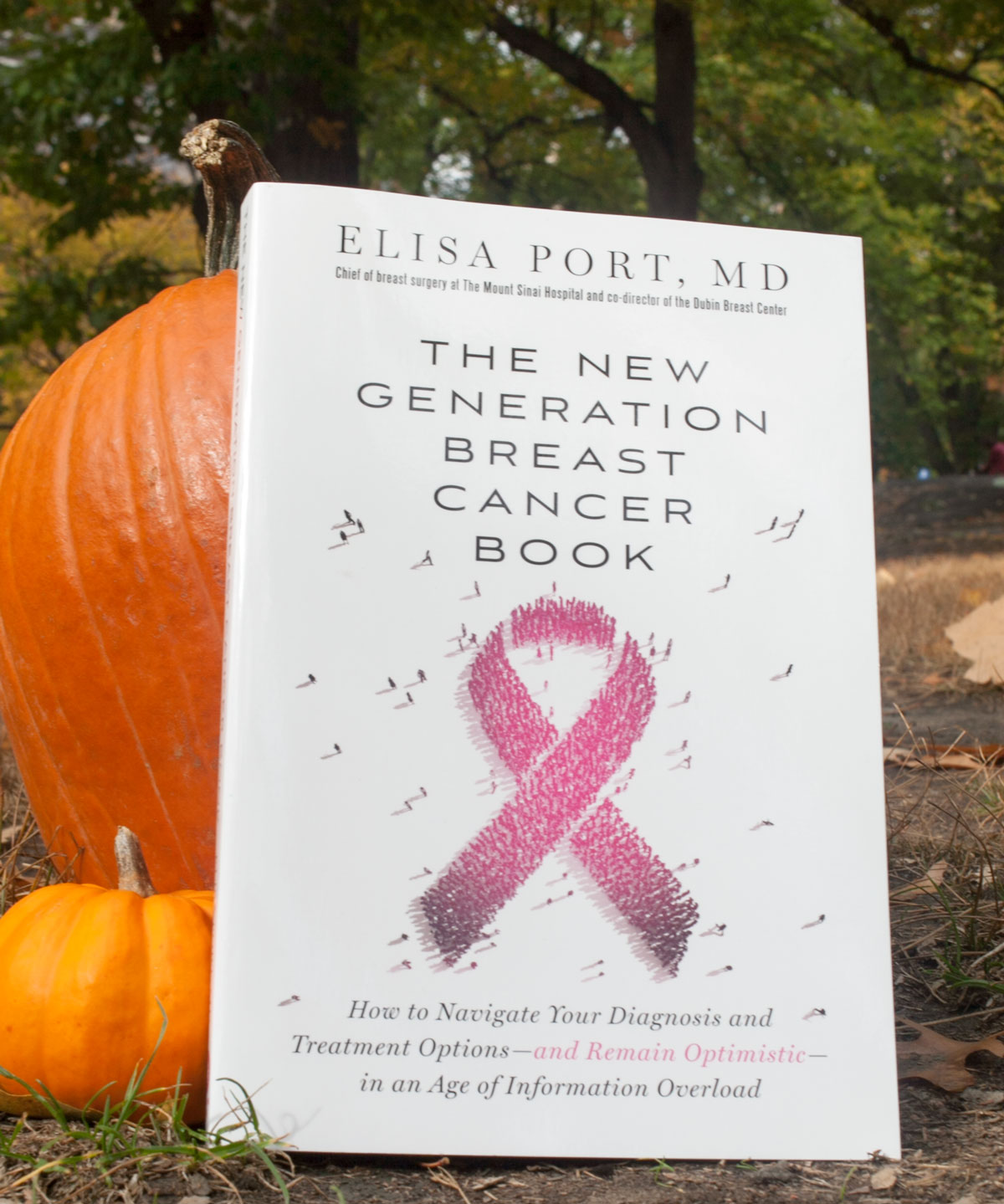 Though the survival rate for women diagnosed with breast cancer is at an all-time high (currently hovering around 90%), anyone who’s ever Googled symptoms of the common cold knows how panic inducing the onslaught of information available on the web can be. Dr. Elisa Port has written an incredible resource for women battling the disease that helps them tune out misinformation, decipher their results and focus on their doctor’s recommendations. A valuable addition to any patient or caretaker’s tool kit. (Ballantine Books) 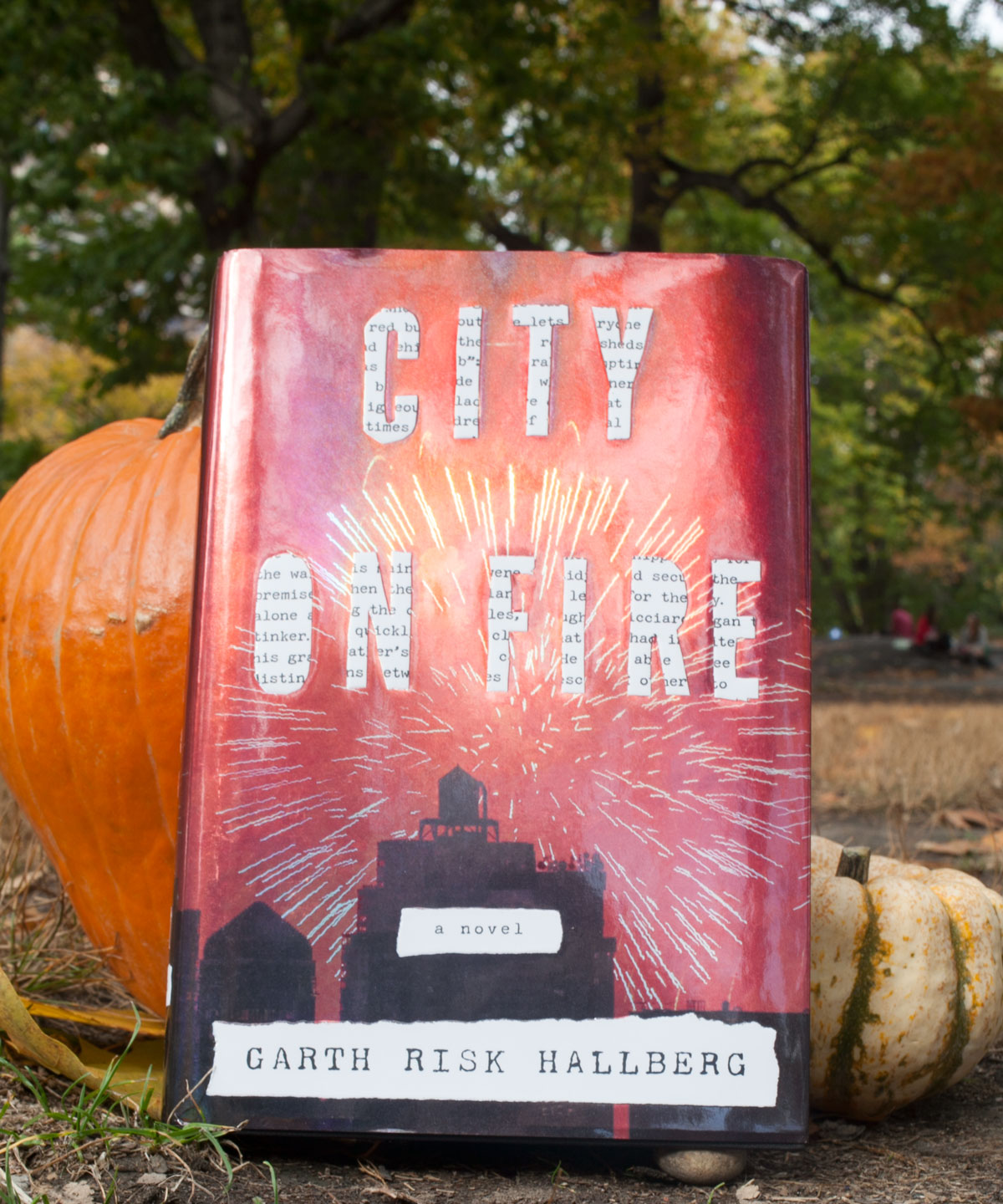 Set in gritty and graffitied New York City in the mid-70s, Garth Risk Hallberg’s debut novel revolves around several characters—two punk-loving teens, a journalist, the estranged heirs to a huge fortune—all of whom are connected by a shooting in Central Park on New Year’s Eve. When the city is plunged into darkness during the blackout of 1977, the events that occur will alter the course of everyone’s life. This hulking novel explores the latitude of humanity and serves as a commentary on the same social and cultural issues plaguing our country for the last 30 years. (Knopf)

The Distance From Me to You by Marina Gessner 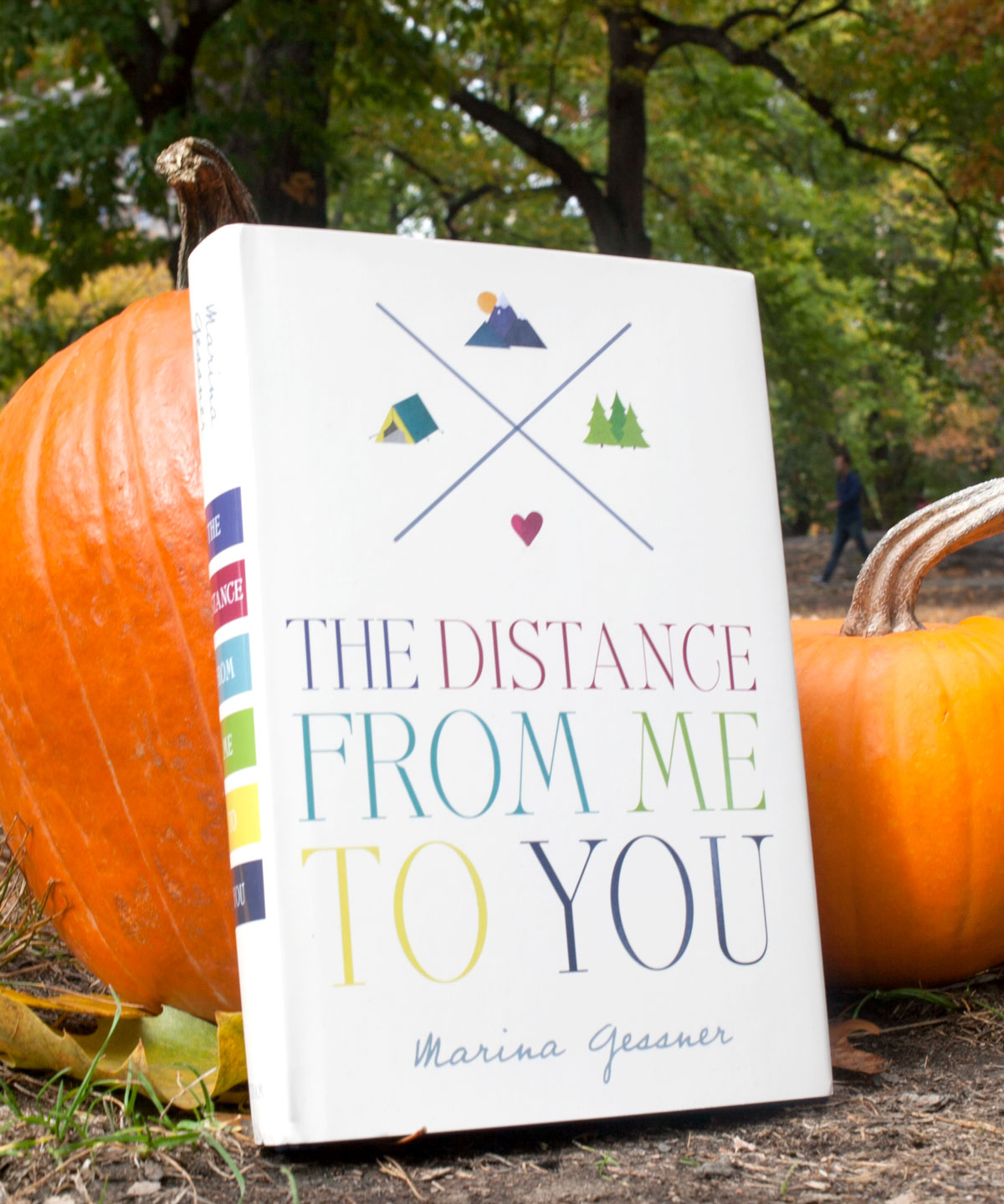 McKenna Berney defers her acceptance to college in order to hike the Appalachian Trail from Maine to Georgia with her best friend. But after her best friend backs out, McKenna decides to go it alone, despite the danger. While on the trail, she meets Sam, a wayward kid who skipped out on school and his abusive, alcoholic father. As they hike together, their love blossoms and the journey changes them both in ways they never expected. This YA romance is a must-read for lovers of Wild, A Walk in the Woods or Walden. (Putnam)