Enter to Win The Immortalists by Chloe Benjamin 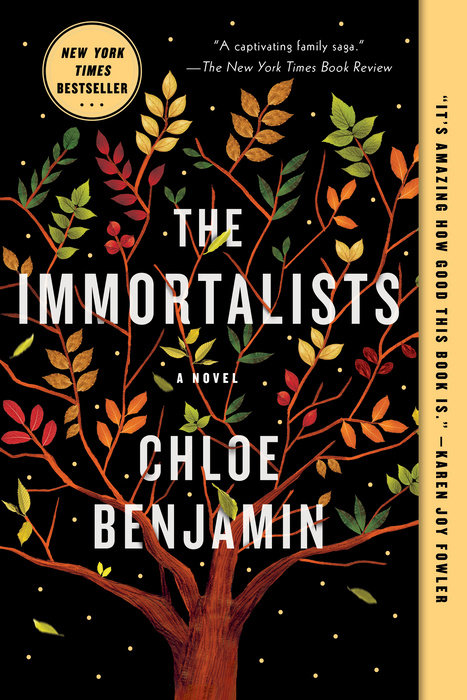 Enter to Win The Immortalists by Chloe Benjamin

The Immortalists by Chloe Benjamin

It’s 1969 in New York City’s Lower East Side, and a traveling psychic arrives who claims she can tell anyone the day they will die. The four Gold children sneak out to hear their fortunes, none of them knowing the impact her words will have on the rest of their lives…

Over the next half-century the psychic’s readings inform their lives – golden-boy Simon escapes to the West Coast, searching for love; dreamy Klara becomes a Las Vegas magician; eldest son Daniel seeks security as an army doctor; and bookish Varya throws herself into longevity research, testing the boundary between science and immortality. The story of these four siblings probes the line between destiny and choice, reality and illusion, this world and the next.