Enter to Win a Three-Pack of Thrillers 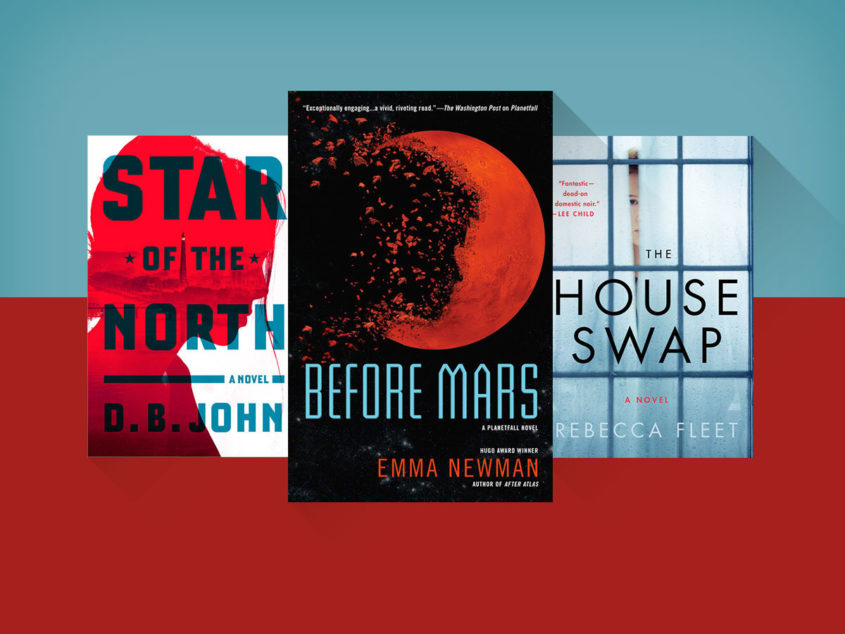 Enter to Win a Three-Pack of Thrillers

From spycraft to domestic intrigue to interstellar conspiracy theories, we’ve got thrills for everyone!

Star of the North by D.B. John—In 1998, a Korean-American teenager is kidnapped from a South Korean beach by North Korean operatives. Twelve years later, her brilliant twin sister, Jenna, is still searching for her, and ends up on the radar of the CIA. When evidence that her sister may still be alive in North Korea comes to light, Jenna will do anything possible to rescue her–including undertaking a daring mission into the heart of the regime.

The House Swap by Rebecca Fleet—When Caroline and Francis receive an offer to house swap, they jump at the chance. As the couple settles in, the old problems that permeate their marriage start bubbling to the surface. And while they attempt to mend their relationship, Caroline slowly begins to uncover some signs that the person they have swapped with is someone who knows her, someone who knows the secrets she’s desperate to forget.

Before Mars by Emma Newman—After months of travel, Anna Kubrin finally arrives on Mars for her new job as a geologist and de facto artist-in-residence. Then Anna finds a mysterious note, painted in her own hand, warning her not to trust the colony psychiatrist. A note she can’t remember painting. Is she caught up in an elaborate corporate conspiracy or is she losing her grip on reality?