Who Are the Best Literary Villains?

An astounding antagonist inspires a mix of disdain and sympathy.

There’s a phrase I learned in a college writing course called “pet the dog.”

Some quick Googling shows me that my professor borrowed this term from the screenwriter Blake Snyder, who penned a famous book on scriptwriting called Save the Cat!

The theory is that your protagonist should do something nice the first time they appear, like petting a dog or cat, in order to spark some empathy and investment from the audience. My teacher was either entirely confused or wholly brilliant, as the way he presented this concept to us was not through our story’s protagonist, but rather the villain.

“Have your cruelest character walk in and pet the dog,” he said.

Meaning, your characters will be rich if they lie somewhere between the planes of good and evil, shading them with moral complexities just as people in real life have.

This “pet the dog” concept is the reason why perhaps my favorite antagonist is still Torvald Helmer from the Ibsen play A Doll’s House. This play has that rare quality of timelessness—it is surprising and relevant, even more than a century later, even to a 20-year-old who initially turned the pages out of obligation as opposed to desire.

Torvald stood out to me as a captivating villain because he’s hard to even classify as a villain. Although he comes off as clueless and condescending to his wife Nora (calling her “little bird” and other upchuck-worthy pet names more times than I care to count), he isn’t a cruel man. He is not a bad person, but his persistent exclusion and overlooking of Nora makes him eventually detestable.

Torvald ultimately represents a slice of the society surrounding him, a portrait of subtle yet reprehensible gender relations of the era. His character is so insidious in his condescension that when Nora decides to leave, it comes as a surprise, yet also as the only real solution.

Audiences have felt a mix of disdain and sympathy for Torvald.

To me, that is the indication of an astounding antagonist. He is neither entirely good nor entirely bad. We take in his environment. We understand him as a reflection of larger societal mechanisms, and understanding is essential for empathy. We appreciate his circumstances, making our discomfort – and the fact that we detest him – all the more powerful.

We watch him pet the dog. We feel something.

Who’s your favorite villain or antagonist? Why has the character stuck with you? 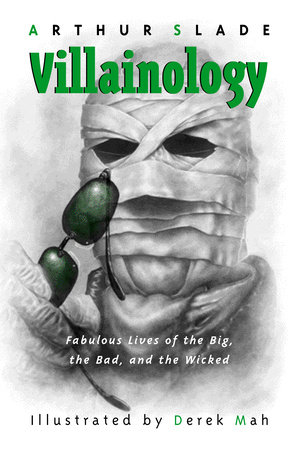 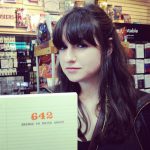 RACHEL GOLDBERG is New York-based writer and works in editorial at the start-up company SideTour. She is a feminist and social justice contributor at PolicyMic, occasional dating blogger and has a background in social media writing and producing. As an avid reader, she can always be found buried in a book on the subway. Originally hailing from Chicago, she studied creative writing, gender studies and art history at Indiana University. She also considers herself to be a rather accomplished peanut butter connoisseur. Visit the author on Twitter @rachfoot.