23 memoirs that haven’t been written (and totally should be).

By Ben Kassoy • 4 years ago 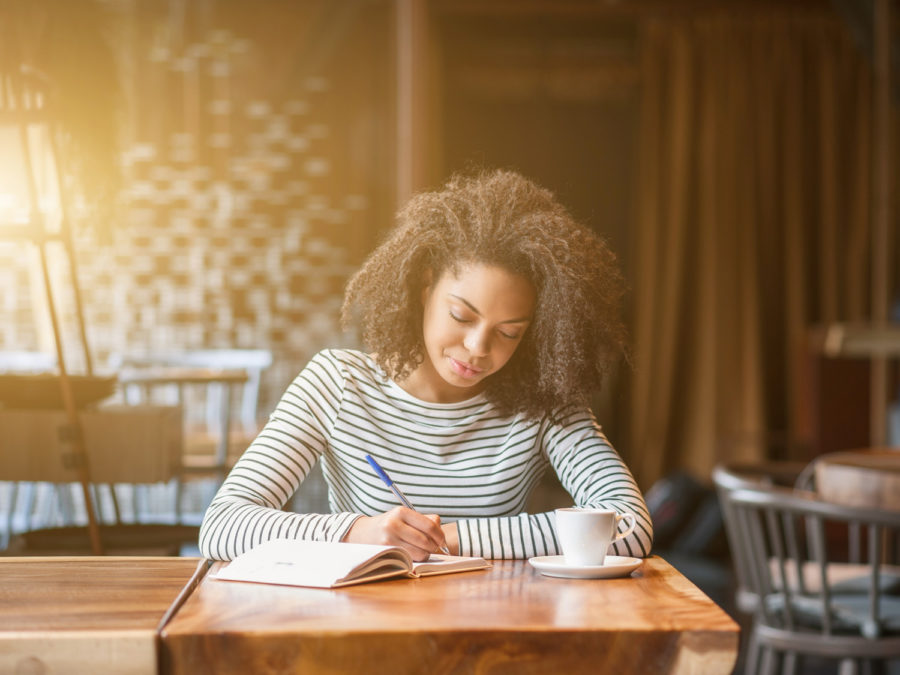 Natalia Paruz’s memoir, Saw Lady, recounts how a car accident dashed her dreams of becoming a dancer and opened the door to her unexpected career as a musical saw player. Paruz describes the book as a “family journey that includes a circus, glamorous balls, busking in the NYC subway, spies, wars, and boundless optimism.”

I’d highly recommend Saw Lady. The only problem is, the book is unpublished…and totally unwritten. Huh?

True story: I asked writers, “What would you title the hypothetical memoir you’ve yet to pen?” The results: twenty-three (way) advance copies with my name on them.

1. I Served Six Years in the USMC & Now I Serve Up Pie on TV

When a gay teenager becomes a man at the hands of the U.S. Marine Corps, you’d think he’d learn to straighten up. But Greg Cope White walks the fine line between hilarity and heartbreak when he sheds his camouflage to whip up a meringue. He bakes his way into your heart in this delicious coming-of-eggs tale.

2. The Sky is Blue: My Beautiful Detour

At 18, I had my life all figured out until a blood clot caused my stomach to explode. When I woke up from a coma some months later, doctors told me I had no stomach anymore, that I couldn’t eat or drink, and that they didn’t know if I would ever be able to again. That was just one of many detours.

3. Is This What It’s Like to Have Kids? (And Other Stories About My Cats)

This is the story of a girl whose cat had health insurance before she did.

4. When You Beat Yourself Up You Always Win

The story of a precocious, half-deaf, anxiety-riddled boy growing up in small town Ohio whose self-loathing was the engine of his ambition. No matter how much he achieved, it wasn’t enough. How does a person reconcile self-loathing with the successes it brings about?

5. What Is This Body Doing On My Spirit?

Rex Renee Leonowicz, author of when there is no one and there is everyone

The sometimes heart-wrenching, blundering tale of a trans/queer alien queen figuring out what it means to be human and finding their tribe in a world gone mad.

6. The Margin Effect: A Memoir on Limitation as a Source of Inspiration

A celebration of those who have lived on the fringes of society but have built beauty against great odds. It’s a look into the thoughts, sights, sounds, and experiences of one black woman and her family’s will to thrive through the complexities of living in modern America.

Jason Klamm, author of Post Modem: The Interwebs Explained and host of The Comedy on Vinyl podcast

The Professional Blur is the story of one man’s life as a background actor in movies and television shows ranging from Martin Scorsese’s The Aviator to AMC’s Mad Men. Between temping at ill-suited jobs and being asked to commit crimes to keep other jobs, my only respite was being an extra. Inspired by my life on a set, I kept producing my own work, and soon realized that all it takes to make it, is making it yourself.

8. Superwoman: Doing it All…With a Disability

Whoever said disabilities are not sexy, is WRONG! This is a story of a badass woman navigating the complexities of work, family, friends, and love while facing both the blessings and curses cerebral palsy brings. Her life is just perfectly imperfect.

9. The Proper Way to Chew Gum (And Other Stories)

A series of chronological vignettes about lessons I learned from my mother and grandmother and the experiences that led to me those lessons (i.e., chewing gum with my mouth open, which opened a discussion on manners, and so on). I’d want it to have a sort of Eloise/Kay Thompson sort of comedic flair, but for grown-ups. I see the cover as a refined portrait of me with bubblegum bursting on my face.

I’ve done many dumb things. I’ve also worried constantly whether the smart things I’m doing are actually dumb. Here, you will find many of both things and hopefully I will find some things too. I also love wordy titles and worry that this one (which I love) is especially dumb.

11. No, Not Like “Hitch”: True Stories From a Matchmaker

I’d like to write about the year I worked as a matchmaker for a dating service. Hitch didn’t get it right!

12. Fourteen and Me: Growing Up in a SUPER-Sized Family

Fourteen and Me is the account of a young girl struggling to find her place within an abnormally large family. Born in the upstairs bedroom of an ancient and crumbling historical mansion by a country doctor who failed to register her birth, Amanda Uhl took her place as the fourteenth child in a family of fifteen. Often poignant, sometimes amusing, Uhl brilliantly describes the hardships encountered in this funny and courageous memoir.

13. Mostly I Forget to Remember: The Story of What Stuck

Tracy O’Neill, author of The Hopeful

The book would be made up of the stories remembered against the odds of the human brain, probably including way too many details about my dog.

Starting with Ann’a and Esther’s interfaith love story in early 20th century in rural British India, this collection of personal stories weaves through the lives of 10 individuals, spanning the course of nearly 100 years. These narratives weave through memories of human strife…of denial and vulnerability, of social discrimination and acceptance, of the times when tradition collided with convention, and of the foods that shaped their personal and civic identity. This book includes nearly four-dozen recipes that helped all these individuals through, comforting them in their simplicity, and setting the tone for their own appreciation of the relationships around them and the generations that followed.

15. Bad Pizza and Bagels (and Other Observations From a Yankee in the South)

A collection of short stories about a feisty Northeasterner who grew up in the South and lived to tell the tale.

Reflections of a girl born and raised in a conservative Muslim family during the Lebanese Civil War in Beirut. The memoir uses Beirut and Islam as focal points in the story: The journeys of refuge and migration that take the writer back and forth, and the effect they have on her relationship with the place, the history, and the people inside and outside Beirut, in a world that is increasingly religion-less and Islamophobic.

17. I Regret Everything and Nothing at All

A personal essay collection of my life between the ages of 20–25, living and working in Atlanta, New York, and L.A.

A book about trying to be funny and wondering if anyone is even listening. Am I wasting my time? Is fame and fortune around the corner, or am I just talking to myself? Guys?

How I am learning to trust myself, take risks, and say yes to new opportunities. It’s tempting to settle and get complacent in the comfortable, but you grow from stepping out of your comfort zone.

20. Dating Advice from The Descendents (And Other Bad Ideas)

It would be a look at how listening to pop-punk in my formative years taught me a number of terrible lessons as far as interacting with other human beings.

Turns out, it’s actually pretty gross. But then I learn that it’s OK to be gross!

A book about how a sad abnormal girl grew up to be a blissful abnormal woman as she learned to embrace her literal and figurative stretch marks. Saya’s everydayness, transparency, and nonchalance at embarrassment make for a witty and inspiring reflection that’ll have you murmuring throughout, “Me too!,” even though you couldn’t be more different. Bonus: Saya weaves in business acumen gleaned from her twelve years of accidental and successful entrepreneurialism, which started with the words, “I need you to pack your stuff and go.”

Which of these memoirs would you be most eager to read? And what would you title your memoir? Tell us in the comments below and we may add your memoir to our list!