The Moment I Went From Adolescent Reader to Adult Reader

I became an adult reader over the summer of 2008; an intern navigating the city and Public Library of San Francisco, free to choose general fiction over YA. 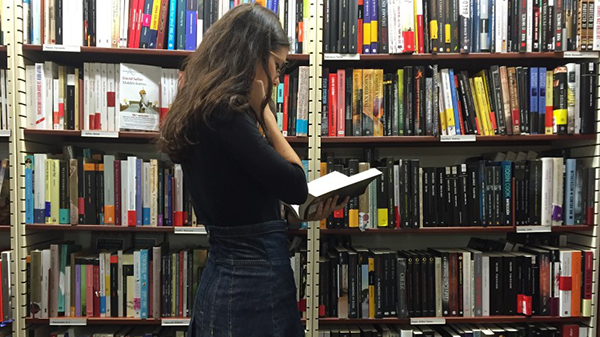 If I had to pinpoint the moment in which I transitioned from an adolescent reader to a more adult one, it would be summer of 2008, the first summer after my freshmen year of college. I was home in California from NYU, working at a magazine internship in San Francisco. My meager paycheck mostly went into commuting from Marin County to the city via ferry—standing out on the prow with the water whipping into your face makes for a great wake-up—and buying lunch. Every few days, before catching the evening ferry, I would take a detour to the San Francisco Public Library and pick up a new book.

What made this my summer of “adult” reading wasn’t just the fact that I was self-sufficient in pay and navigating the city, but the content of my reading; this was the summer that I discovered Kathryn Harrison’s body of work. 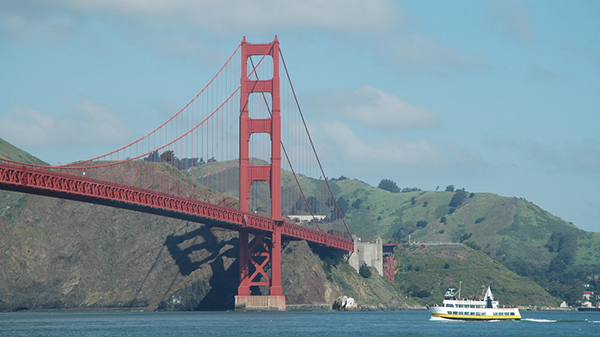 I wish I remember exactly how I first heard of Harrison, but it was through her most controversial book: The Kiss, a memoir about her affair with her father. Nowadays, you hear more stories about adult incest, or Genetic Sexual Attraction, but part of the appeal of Harrison’s book—which must have popped up on a message board or listserv somewhere—was that such a topic was alluringly taboo, the kind of thing you just didn’t see being published. I decided that I had to read it.

But when I looked up Harrison on the SF Library’s website, they seemed to have every book of hers but that one. So, the first time I checked in-person during my lunch break, I had to appease myself by picking up one of her novels: Exposure, about a self-destructive photographer battling her dark past as the muse of her famous, boundary-pushing photographer father. I tore through it, fascinated by the graphic depictions of drug use and the utter creepiness of the protagonist’s childhood memories, like when her father photographed her in the throes of an asthma attack instead of immediately handing her her inhaler. It was a differently fraught father/daughter relationship, lacking sexual overtones but still reeking of exploitation.

Harrison published three novels with varying levels of father/daughter antagonism before she published The Kiss in 1997, likely (I think) processing some of the details and fallout of her own relationship in fiction before she could come out as a survivor in nonfiction. In fact, her first novel, Thicker Than Water (published in 1992), is basically a fictionalized account of the affair.

It’s fitting, then, that I read three of her novels before finally making it to The Kiss; these were Exposure, Envy (about a happily married but erotically tempted psychiatrist), and The Binding Chair or, A Visit from the Foot Emancipation Society (set in China at the turn of the 19th century and detailing the practice of foot-binding).

About five years before, I was curious about reading Neal Stephenson’s Snow Crash, after having read many allusions to it on Internet fandom message boards. However, as the book was the equivalent of a hard-R movie, I felt compelled to ask my mother for permission to crack the spine. Her response: Sure, just let me know if you have any questions about what you read. Browsing through Harrison’s books on the library shelf was an entirely different experience: I pulled down novels with alcohol and drug abuse, self-harm, and psychosexual betrayals—sometimes all three in one story.

The subject matter was titillating, but in a way that made me feel less guilty for being interested, less like that interest was something I wasn’t old enough for. I wasn’t furtively sneaking these books off my parents’ shelves or lurking in the wrong section of the library. I was 19; I had every right to look through general fiction instead of YA.

I devoured Harrison’s books on the morning and evening ferries, relishing the taste of adulthood in the characters’ personal dramas: maintaining a fragile facade in order to cover up demons; the fine line between cheating and fidelity; setting out on your own to start a new life and mentoring younger generations. While I had grown up watching plenty of soap operas, these were the first written accounts I had read that seemed to accurately depict the struggles and disappointments of adulthood.

Up until that summer, my reading tastes had leaned more toward science fiction and fantasy. And while those books tackled plenty of mature themes—first love and sex, service and sacrifice, war and PTSD—they had always seemed somewhat removed, occurring in fantasy worlds. I hadn’t realized it at the time, but once I started college and all that it entailed—moving to a new city, establishing a new network of friends, taking care of myself, falling in love—I craved more realistic books. At the same time, my life never quite reached the levels of hyperbole that Harrison’s books detailed, so there was still a level of remove. Well, except for my first love coming to visit that same summer and then breaking up with me because of another, married woman mere weeks later, leading to my first heartbreak. So, perhaps reading these books was unexpected preparation for a bit more drama than my life usually held.

The irony is, I didn’t end up reading The Kiss that summer, or for years after. It wasn’t until sometime after 2011, when I had received my Kindle as a graduation present, that I downloaded the ebooks of Thicker Than Water and The Kiss and read both in quick succession. (Not the best idea, as certain passages were almost word-for-word copied from one to the other.) The memoir was still a jaw-dropper—how could it not be—but I felt that I was approaching it somehow older and wiser. And just a few months ago, I continued rounding out my Kathryn Harrison reading list by picking up Enchantments, her historical fiction about Rasputin’s daughter. Picking up the book wasn’t a subversive act; it was the most natural thing in the world.

What was the book, or the period in your life, that led to you becoming an adult reader?