We wish these crushable literary characters were our valentines IRL. 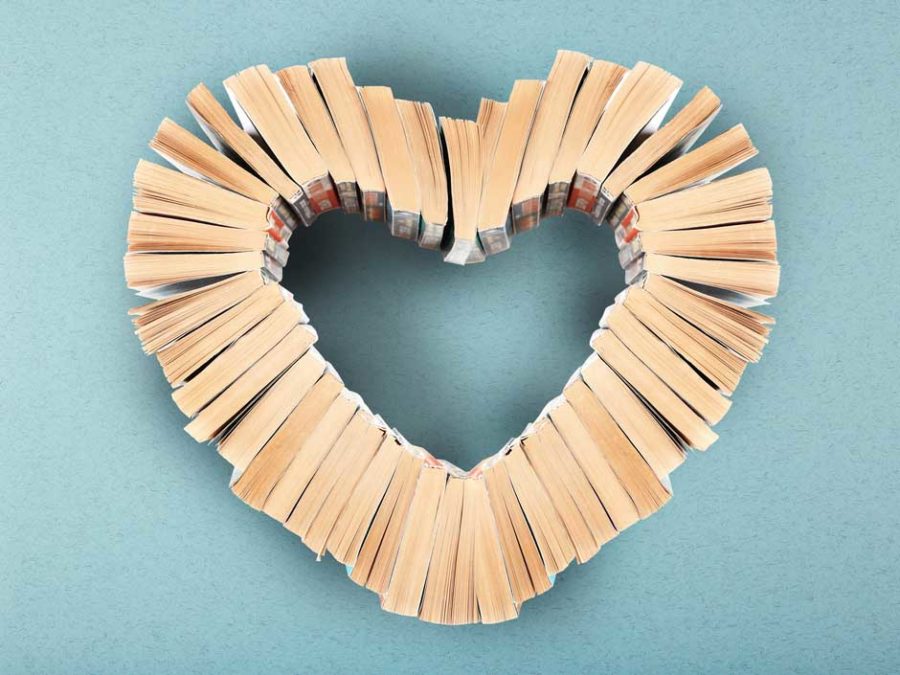 I’ll admit it—some of my first crushes were on characters from books. Passionate and patriotic Johnny Tremain, forever-seventeen-year-old Jesse Tuck from Tuck Everlasting and animal lover Travis Coates from Old Yeller all made my young heart skip a beat.

And apparently, I’m not alone. Read It Forward asked book lovers what fictional character from literature they would most want as their valentine and the response was overwhelming. Read on for some thoughts on literature’s most crush-worthy characters!

“Jamie Fraser from Outlander. A dreamy Scottish warrior with a heart of gold…I’d be his Sassenach any day.”

“My heart will always belong to Heathcliff from Wuthering Heights. I may ultimately die of a broken heart, but any man who would scheme his way across the moors and into my bed is pretty damn worth it.”

“Harry Potter‘s Hermione is ambitious, intelligent, and feisty. Plus, she went for Ron Weasley, so I know I have a chance.”

“Lenore Stonecipher Beadsman, the protagonist of David Foster Wallace’s first novel The Broom of the System, is a telephone operator who questions whether she exists or is just a character in a novel—perfect conversational fare for a Valentine’s Day dinner.”

“I think I would have to go with the Cat in the Hat because he cleans up after himself. My husband (who I love dearly) and my cats (who I also love dearly) have never mastered this very admirable skill.”

“I love me an Ivy League boy, and This Side of Paradise’s Amory Blaine IS that Princeton man. He’s honest and loyal, imperfect, passionate, and handsome. I’ve never gotten that book out of my mind from the first time I read it in the rain in my darkened college dorm room. Roses are red, violets are blue, F. Scott is dead, so Amory Blaine I want YOU.”

“Augustus Waters from The Fault in Our Stars. Funny, sensitive, enjoys reading…what else is there?”

“Peeta Mellark from The Hunger Games. He’s always by the side of the one he loves, and he is kind, generous, gentle and sweet. He’s everything I need.”

“The Lorax—someone who cares about the earth, to me, is very sexy. Also, the mustache.”

“Jane Eyre’s Mr. Rochester, all the way. He may not be much to look at (unless you cast Michael Fassbender), but he’s brilliant and has a great sense of humor. He loves Jane in this spiritual, almost penitent way that gets me swooning every time.”

“Joelle van Dyne from David Foster Wallace’s Infinite Jest. She’s a super-cool actress and radio personality known for her beauty (dubbed by some characters in the novel the P.G.O.A.T.—Prettiest Girl of All Time). She’s also a hipster-intellectual and film snob, just like me. And sure, she once tried to kill herself by freebasing too much cocaine…but who hasn’t?”

“W.P. Inman from Cold Mountain by Charles Frazier. He’s a little rough around the edges but he literally walks away from a battlefield and crosses hundred of miles to reunite with his love Ada. That’s the kind of devotion that I think a lot of us want from a partner…I mean maybe not as dramatic as all that but you know what I mean!”

“Lawrence Selden from The House of Mirth, of course! I’ll take brilliant and kind pennilessness over vapid wealth any day of the week.”

“I like boys who are good at math so I find Mark Watney pretty sexy. Matt Damon as Watney in the movie version of The Martian also helps.”

“I would choose Oedipa Maas from Pynchon’s The Crying Of Lot 49 because I love stamp collecting and have always had a thing for women working to unravel international postal conspiracies, even if those conspiracies are maybe just cosmic jokes played on them by their dead ex-boyfriends.”

“Tea Cake Woods from Their Eyes Were Watching God! Tea Cake and Janie had such a sweet romance. He helped this grieving widow move on with her life, and I always imagined him as super hot.”

“Jon Snow from the Game of Thrones books. He’s brooding, handsome, and often the underdog; he has a good relationship with his dog/wolf, is a good friend, and exercises good judgment in life or death scenarios based on logic, not testosterone.”

“Henry Tilney from Northanger Abbey. He fell for a book lover, and chose her even when his father disapproved (for silly reasons!).”

“I would most want Kvothe from the Kingkiller Chronicles as my fictional Valentine. His loyalty, his kindness, his adventurous spirit, and his wit and humor are all super-appealing qualities and the relationships and romances he has had throughout his story (thus far) are passionate and full of wonder. Kvothe is not without flaws, but he definitely knows how to treat a lady and how to love a woman with a wild heart. In my opinion, it doesn’t get much better than that.”

“Slim from Of Mice and Men—the guy has integrity.”

“Jack Reacher…I could go on all his travel adventures with him, and help him solve many crimes!”

“Lisbeth Salander from The Girl With The Dragon Tattoo is my ideal valentine. What really turns my crank is a woman who is goth (check) and independent (check). And it’s really cool that she is a hacker.”

“To Kill A Mockingbird‘s Atticus Finch, because he would be gentle and fair and stand up for what is right.”

“Colonel Brandon from Sense and Sensibility. He’s a good catch.”

“I have a bit of a crush on Roland Deschain from The Dark Tower series. He’s tough and taciturn but incredibly thoughtful and loving. Also, it turns out I’m super into people who are good at things and, in this case, it is gunslinging (but for the good of the Ka-tet, the Tower, and all of the worlds it holds).”

“Laurie from Little Women because I love the whole friendship turning to love thing…and, sure he’s moody from time to time but he’s also passionate.”

“Although there are many crush-worthy princes (literally and otherwise) in literature, this year I’d choose Maniac (Jeffrey to a select few) from Jerry Spinelli’s Maniac Magee, because I so admire his absolute dismissal of judging people based on their skin color, social group or background (something that we need much more of in today’s American politics and society), his love of reading, his passion for people and life and storytelling, his kindness to children and animals, and his love of Tastycake Butterscotch Krimpets. Can’t go wrong with a guy who loves to read, appreciates old-school snack food, can untie any knot, run on any railroad track and knows the right moment to say ‘Aaaaamen!’”

“Is it super cliché of me to say Jay Gatsby? I know he was a little clingy and crazy, but I would love someone to fill my house with flowers and pine after me for years. I think I could even move past the whole shady past thing…”

“I think Willem from A Little Life is probably the greatest romantic partner I’ve ever read in a book. The unending well of love he has for the object of his affection (no spoilers) is frankly awe-inspiring. He is so steadfast in his devotion, interest, care, communication, support, trustworthiness, and appreciation—he’s borderline saintly. I’m not sure if people like him exist in real life, but if so, please give them my number.”

And because we couldn’t possibly leave him out…

“Mr. Fitzwilliam Darcy from Pride and Prejudice—He is tall, dark and handsome, not to mention benevolent, compassionate, protective, endearing and respectful. He chooses a woman that can stimulate his mind and loves to educate herself and remain independent, and not merely function as an armpiece, which was traditional of the time.”

Did we get it right? Who did we miss?? Chime in on Facebook or in the comments below and tell us who makes you weak in the knees!