Dataclysm: Who We Are (When We Think No One’s Looking)

Our personal data has been used to spy on us, hire and fire us, and sell us stuff we don’t need. In Dataclysm, Christian Rudder uses it to show us who we truly are.

This is a book that uses big data to explore and understand more deeply who we are by looking at what we say and how we interact online.

It’s full of funky, funny and surprising facts about what our actions say about us, such as: The most likely indicator of whether someone will have sex on a first date is if they enjoy beer.

As a fun experiment for Book Expo America, we made a group of buttons to hand out utilizing some of these facts.

In total, there were three “sets” of buttons – so with each fact people got to choose between a binary option. For example, two of the buttons were “Do you enjoy wine?” and “Do you prefer beer?”

We kept track of how many buttons were taken of each option and recorded the results. Of the 1,480 buttons picked up by the bookish people attending BEA, here’s the breakdown and our best “dataclysm” analysis:

So … the most popular button by far was “I prefer wine.” The book lovers at BEA love wine, too?

The most popular pair of buttons was “I prefer beer” and “I prefer wine” (nearly 650 buttons total), which was the question pairing that indicates whether a person is likely to have sex on the first date, according to the data in Dataclysm (beer = yes, wine = no).

The least popular buttons were those about being politically active or “agnostic” with “politically active.” Perhaps we can assume BEA had a crowd much more interested in beer and wine than politics!

Absolutely equal numbers of “I like complex people” vs. “I like uncomplicated people” people buttons were chosen. Surprising, no?

Dataclysm is full of big surprises. Christian Rudder explains how Facebook “likes” can predict, with surprising accuracy, a person’s sexual orientation and even intelligence; how attractive women receive exponentially more interview requests; and why you must have haters to be hot.

He charts the rise and fall of America’s most reviled word through Google Search and examines the new dynamics of collaborative rage on Twitter. He shows how people express themselves, both privately and publicly.

This Dataclysm app will rank your friends by how central they are to your life. 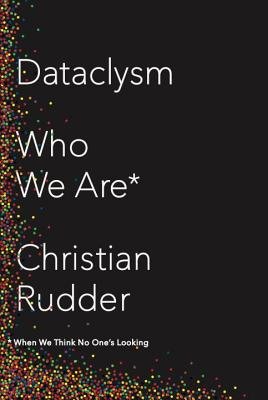 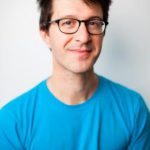 CHRISTIAN RUDDER is cofounder and president of OkCupid and the author of the popular blog OkTrends. He graduated from Harvard in 1998 with a degree in math and later served as creative director for SparkNotes. He has appeared on NBC's Dateline and NPR's All Things Considered and his work has been written about in the New York Times and The New Yorker, among other places. He lives in Brooklyn with his wife and daughter. Visit him online at Dataclysm.org.