Stephanie Reents, Author of The Kissing List, on Personal Reinvention

How do you capture the true essence of feeling in a place? Here's Stephanie Reents' take on New York.

By Stephanie reents • 9 years ago 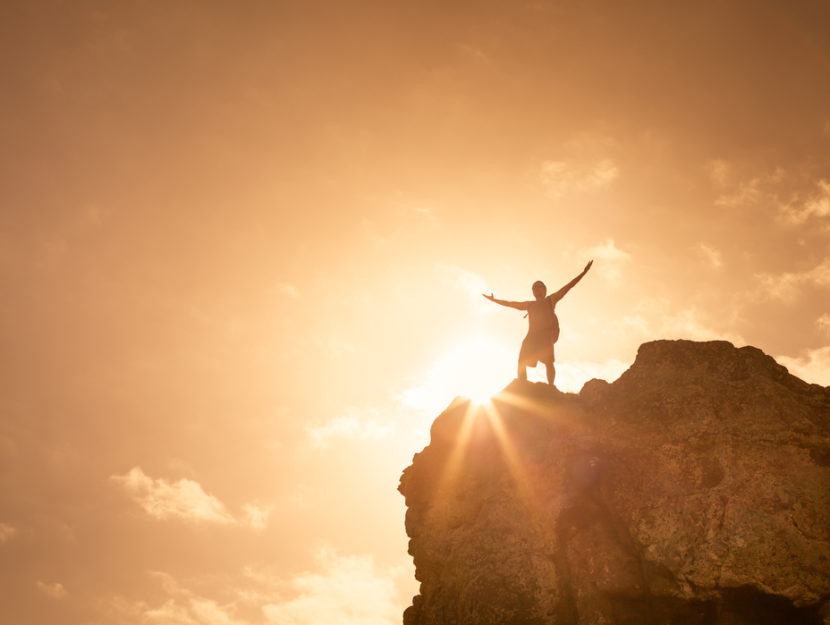 Why I Love The Blindfold
by Stephanie Reents

When I was twenty-five and a half, I quit a perfectly good job as a reporter in rural Idaho, stuffed everything I possibly could into two body-sized duffel bags, and flew out New York City on a ticket in my brother’s name. (This was the mid-90s, long before airport security, and I had a total of $2,000 in savings.)

Though I didn’t have a job or a place to live, moving to New York thrilled me. Here was a place that indefinitely prolonged the period of disorientation, of exploration, of personal reinvention.

This spring, I’ve been reminded of that time in my life while re-reading Siri Hustvedt’s extraordinary novel, The Blindfold, with a group of freshmen I teach. The narrator, a Columbia graduate student named Iris, coolly relates her adventures over the course of her first two or so years in the city.

Iris works briefly for a man who asks her to tape record intricate descriptions of quotidian object (a dirty glove, a used cotton ball, a mirror) that belonged to a young woman who was murdered in his building.

She poses for a friend who takes a picture that she finds so disturbing that she winds up disavowing her identity when strangers approach and ask whether she is, indeed, that girl in the photograph.

Finally, she begins to dress like a man and wander the city streets at night, protected by her new masculine identity. “[I]n the city it was easy to change my name,” Iris observes, “to be someone else.”

Of course, not all of my students like this book. They find Iris weird, they think she has terrible taste in men, and they’re skeptical of the notion you can slip identities on and off as easily as men’s suits.

To me, however, The Blindfold, is not only a dizzying exploration of what happens when your faith in the big fundamentals (the fixed nature of the self and the stability of language) gets chipped away, but it’s also a tribute to certain slivers of time when anything seems possible and that freedom thrills.

My first two years in New York were not nearly as dramatic as Iris’s, but I did reinvent myself on a weekly and sometimes daily basis: Was I a girl from Idaho, a place as exotic as Tahiti to most urbanites, or an Amherst English major? Was I Rhodes Scholar or a temp? Would I continue being a competitive runner or would I start hanging out in wine bars (the epitome of sophistication to that younger self)?

It’s nice to have choices. Our culture also certainly rewards those who make the right choices and stick with them. But it can be equally important to stand before all those choices and not choose (itself a kind of choice, I know) if only to understand that the way forward is not, and need not be, so clear.

That’s what I love about The Blindfold, and that’s what I’ve tried to capture in some small way in my collection of interconnected stories, The Kissing List. 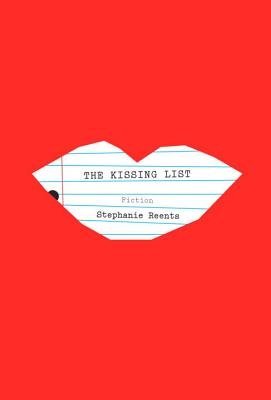 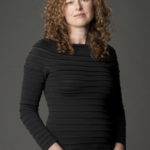 STEPHANIE REENTS's fiction has been included in the O. Henry Prize Stories, noted in Best American Short Stories, and has appeared in numerous journals. Stephanie has been a Bread Loaf Conference Scholar, a Stegner Fellow, and a Rhodes Scholar. She is an assistant professor at the College of the Holy Cross in Worcester, Massachusetts. The Kissing List will be available from Hogarth wherever books are sold on May 22, 2012.

STEPHANIE REENTS‘s fiction has been included in the O. Henry Prize Stories, noted in Best American Short Stories, and has appeared in numerous journals. Stephanie has been a Bread Loaf Conference Scholar, a Stegner Fellow, and a Rhodes Scholar. She is an assistant professor at the College of the Holy Cross in Worcester, Massachusetts. The Kissing List will be available from Hogarth wherever books are sold on May 22, 2012.