The Invisibility of Chronic Illness in Literature

Just because our illnesses can be invisible doesn't mean we should be. 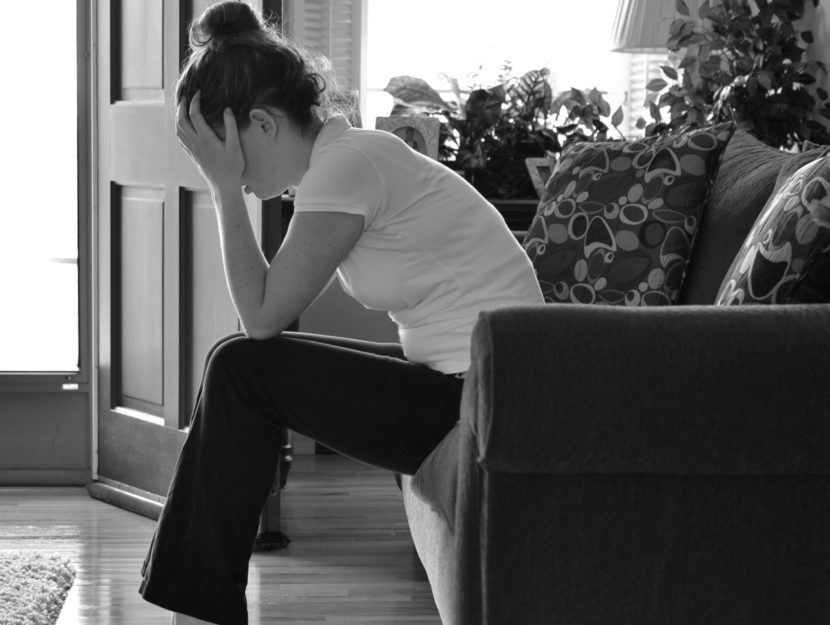 So here’s where I currently am: I’m lying in my bed, writing this article at almost 11 PM (procrastination is not my friend), fighting off fatigue and a generally unpleasant feeling in my lower gut. I don’t know particularly what’s causing me pain this time around. It could be a multitude of things ranging from the food I ate earlier to daily stress to just pushing myself way too damn hard—I have a tendency to do this to compensate for what I lack. What do I lack, you might ask? Well, a lot. But mostly health. I’m 24 years old and I’ve been sick for almost 10 years.

Crazy, right? 10. Whole. Years. I’m not sick like cold sick and I’m not sick like dying sick, I’m somewhere smack in the middle. I’m chronically ill. I dwell in a place that, to be candid, really f*cking sucks, but at the same time, I feel bad complaining about literally anything because I know other people have it worse than I do.

So I just kind of exist in a space between normal and dead, wondering if it will ever get better—if things will go up from here. And while, most of the time, I pride myself on being a positive person, it gets to be really hard sometimes. The unfortunate reality that many chronically ill people quickly face is that the world doesn’t really have a place for them to comfortably be. There will always be explanations and apologies and misunderstandings woven into everyday life. And it’s something that you can’t even express in words to those around you because they usually don’t know what it’s like to walk a mile in your shoes, which makes everything way more difficult than it needs to be.

For those who don’t know, chronic illness is defined as “a disease that persists for a long time. Chronic diseases generally cannot be prevented by vaccines or cured by medication, nor do they just disappear.” So… BASICALLY, you’re SCREWED for LIFE. Yeah. I know. And a lot of the time, chronic diseases can be completely invisible on the exterior. So you might not even know that someone’s really sick, which is the case with me.

My diseases (I’ve always hated that word) are autoimmune, meaning my immune system attacks healthy cells in my body by mistake—it thinks they’re some kind of foreign invader. How ridiculous is that?

I have four of these autoimmune diseases, so four organs of mine are affected, and they are worsening over time. I don’t want to go into specifics—and I hope that everyone can respect that—but as you can imagine, this has taken a toll on me both mentally and physically. It’s altered my life and caused me to live in a way that not many people my age can understand. There have been many times when I feel like I cannot possibly make it through the day because I’m exhausted or in pain or nauseous or all of the above. But I keep pushing because what else is there to do? Time is busy marching on, plus I can’t wait around for other’s sympathy since I don’t exactly look sick.

All I can say is not cool, body. Not cool. Not only have you decided to attack me, but you’ve made my pain invisible to the naked eye. I don’t know which one is worse.

And truly, if I’m being honest with everyone reading this, I’d much rather be sleeping right now (or at least trying to) than wracking my brain for words to take up this page. This is a hard thing for me to write about and, as stated above, I’ve been putting it off for months. But I feel there’s something very important I need to say, something I’ve needed to get off of my chest for a long time now as a lifelong reader and a lover of all things books.

I’ve yet to read a book that features a relatable, young, chronically ill protagonist.

Where are they? Why is this so hard to find? Why, as an avid reader who reads multiple books in one month, have I not been able to come across a character that speaks to me and my experiences?

Where are the authors who really understand what it means to live life in this way? I know they’re out there. Chronic illness affects approximately 133 million Americans, representing more than 40% of the total population of this country. By 2020, that number is projected to grow to an estimated 157 million, with 81 million having multiple conditions. So, especially with those staggering numbers, why is this not being written about? Why, in 2019, is this not a thing?

It’s a serious hole that needs to be filled.

There have been many conversations surrounding the presence of depictions of mental health in fiction, which is so important and crucial to so many readers, including me. Luckily, there’s been an uptick in this representation with books like Planetfall by Emma Newman, Turtles All the Way Down by John Green, Darius the Great is Not Okay by Adib Khorram, Everything Here is Beautiful by Mira T. Lee, All the Bright Places by Jennifer Niven, Everything I Never Told You by Celeste Ng… the list could go on and on. All of these books are making waves in the industry and I applaud the authors who chose to feature realistic characters living with mental illness.

But the representation of physical disability, specifically surrounding the younger population, is just not there.

It feels like the chronic illness community is being ignored. It feels like we’re not tragic enough to be seen or to be heard. We’re not dying (right now, at least), we’re not hiding, we’re not giving up.

Just because our illnesses can sometimes be invisible doesn’t mean we should be. Maybe one day I’ll read a book with a teen protagonist who suffers from arthritis, or chronic migraines, or Crohn’s disease, or endometriosis, or MS, or diabetes, or psoriasis, or thyroid disease, or lupus, or asthma, or PCOS, or epilepsy, but who does kick-ass stuff anyway, on her own terms. Maybe she can’t be as fast or as active or as ceaseless as some other characters, but she’s adventurous and courageous in her own ways.

Chronically ill characters don’t have to be boring. In fact, I can tell you from real-life experience, we never are. We’re loud and proud and stronger than most. We have an appreciation for things that are taken for granted—the small things like being able to finish your lunch without pain, or sleeping all the way through the night, or being able to get out of bed. We see things in a different light and we want to spread that light around. Maybe all it takes is for someone to start the conversation. Maybe that’s why I’m writing this now.

All I want is for the literary world to give us a chance.

In the meantime, if you know of a book that I should read, please let me know. Remember, I’m looking for realistic representations of these illnesses, preferably by authors who have the condition themselves. This is key—I don’t really want things like Five Feet Apart that had mixed reactions from the cystic fibrosis community. With that in mind, guide me, give me some direction. I promise I’ll appreciate it.

Until then, I’m going to continue hoping that in the near future, I’ll crack open a cover to both lose and find myself within the pages—to feel represented and whole and magnified. I’ll continue hoping that one day, I’ll be totally and completely visible for everyone to see, my heart placed on a shelf filled with other books that remind readers of their existence in this big, beautiful world.