Where to Start When Reading Anne Tyler

A superfan gives us a primer on her work: where to start, what to skip and what to re-read again and again.

By Martin Wilson • 5 years ago 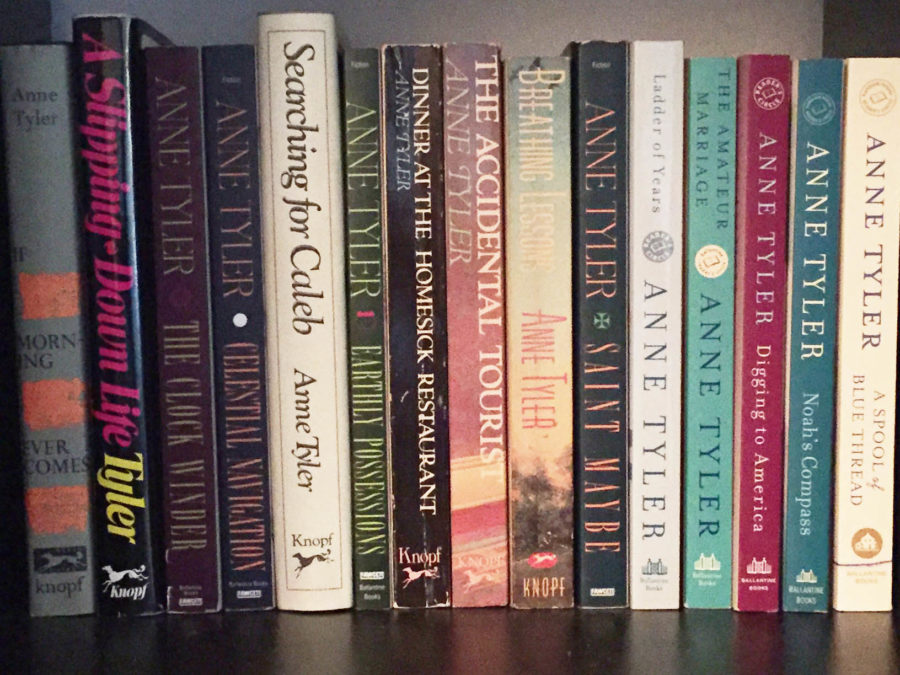 It was my last semester of graduate school. I would soon have my MFA in fiction. But as a writer, I felt lost. Two years of workshops had yielded dozens of stories that I didn’t think added up to much.

The problem was, I was too influenced—by some of my peers, and by the writers they adored: Denis Johnson, Barry Hannah, Vladimir Nabokov, Flann O’Brien, and David Foster Wallace, to name just a few. Gritty, edgy, or what you might call showy writers. Also, all male writers. My efforts to try to win workshop acclaim, by somehow channeling all those writers and the styles my classmates admired, had met with miserable failure. What the hell was I doing?

That last semester, I took an independent study on contemporary fiction with a literature professor, and one of the authors she suggested I read was Anne Tyler. Anne Tyler? She wasn’t gritty or edgy, not in the least. She wrote “women’s fiction,” I thought. Cozy domestic novels. I resisted.

“Have you never read Dinner at the Homesick Restaurant?” the professor asked in the face of my skepticism. “It’s a masterpiece.”

Because the professor was someone I respected, I relented. “Okay, fine.”

She plucked a book from her shelf—Anne Tyler’s sixth novel, Searching for Caleb. “Start with this one.”

A few days later, I finally picked up the novel, and started reading: “The fortune teller and her grandfather went to New York City on an Amtrak train, racketing along with their identical, peaky faces set due north.” Not bad, I though. I kept going, and by the end of the first chapter, I realized that reading Tyler was going to be like taking a master class. Reading Tyler was, in fact, going to be more worthwhile than any class I had taken in the entire MFA program. This is how you do it, I thought, reading page after page of the story of Daniel Peck and his grandchildren Duncan and Justine as they search for Daniel’s long-lost brother Caleb. Here was a novel that was compelling line by line, and not because of some complicated plot, and not because of a flashy style that trumpeted the writer’s brilliance. What mattered to me was the joy of seeing a writer set all of it down nearly perfectly—the crisp sentences, the perfect yet pleasingly off-kilter dialogue that captured character, the gorgeous concrete descriptions that brought the world these characters inhabited into sharp focus. There was a simple beauty to it.

I was in love immediately.

I think this is why Tyler appealed to me at that moment, and why she still appeals to me on the eve of the publication of her latest novel, Vinegar Girl. Back then I was trying to find my voice as a writer. I knew I wasn’t some literary daredevil, and I felt some despair about that. Reading Tyler, I realized, no, I didn’t have to be that type of writer to make an impact on readers. Clarity and precision mattered too.

Tyler knew this, of course. In an interview in 1976, discussing Faulkner, Tyler said, “If it were possible to write like him I wouldn’t. I disagree with him. I want everyone to understand what I’m getting at.” As Katharine Whittemore wrote of Tyler in a superb essay in the Atlantic in 2001, “She never dazzles or blinds us with her prose. . . . Instead the quiet accretion of her insights hits one in the chest.”

A lot of readers and fellow writers discount Tyler for this very reason. She makes it look easy. She’s not dazzling. But I think there’s another reason Tyler doesn’t get the critical respect that she should, and Whittemore hits on this in that same Atlantic essay. The truth is, many of Tyler’s novels have a zany, comedic bent. Her characters are often described as “quirky.” But the humor can call fall flat, and the quirky characters can grow grating. Among Tyler’s novel, I would group Morgan’s Passing, A Patchwork Planet, and even the Pulitzer-prize winning Breathing Lessons into this category, among a few others. The writing in these books is always wonderful, but the stories left me cold.

But when Tyler eschews the “lighter side” and turns her talents to darker aspects of family life—and family life is her great subject—that is when her novels achieve greatness. These are stories about grief and loss and moving on, and when I read and reread these novels I’m amazed at how nearly every word, every line shines with perfect truth.

Tyler has written 21 novels. Of course, they’re not all going to be classics. But I have my own personal canon of the Very Best of Anne Tyler. Searching for Caleb was my first love. Saint Maybe is one of Tyler’s finest, a devastating but ultimately moving story of a family’s unraveling in the face of tragedy and how, over many years (few writers portray the passage of time with Tyler’s grace), they rebuild in unexpected ways. I also adore Celestial Navigation, the story of agoraphobic artist Jeremy Pauling. It’s not my personal favorite, but The Accidental Tourist is still a stellar achievement. And though Tyler disavows her first four novels, I’d argue that The Clock Winder is the first early glimpse of her greatness, presaging the dark-tinged family sagas to come.

But one novel stands tallest for me. In the end, my professor from graduate school was right—Dinner at the Homesick Restaurant is Tyler’s masterpiece. A truly near-perfect Great American novel.

Indeed, in interviews, it’s the novel that Tyler says is her favorite, the one that “somehow managed to end up very much like the book I envisioned when I first began writing it.” Pearl Tull is the blazing center of the novel—the high-strung, quick-tempered, fussy family matriarch whose husband walks out on her and her three children one night, never to return. That abandonment echoes throughout the novel, as Tyler tells the story of Pearl; Cody, the handsome but bitter and troublesome oldest son; gentle and clueless middle son Ezra, who opens the restaurant of the title; and youngest Jenny, who becomes a doctor but remains flippant and opaque to the members of her family.

Pearl may be Tyler’s finest creation—a maddening woman, perhaps even a villain at times, except she’s also the heart of the novel, the tragic character who did the best she could with what life dealt her. She loves her children—especially Ezra—but they disappoint her again and again, from young age to adulthood. And, in general, things don’t go according to plans. Now that I think about, Tyler’s novels are full of disappointments, full of life’s little setbacks. People die (even children), hearts are broken, marriages are smashed up, but her characters push on. They push on because they are aware, too, that there are a lot of great things in life sprinkled with the bad.

One of my favorite moments in Dinner at the Homesick Restaurant—and perhaps from any of Tyler’s novels—is a scene near the end. Pearl is nearing the end of her life and has gone mostly blind, her health failing. Her children are all grown up, and only bachelor Ezra remains in the childhood home. In this scene, she’s had Ezra haul out old scrapbooks and journals she kept in her girlhood so that he can read these to her as she sits in her rocking chair. Ezra is baffled as to why she wants to revisit these dusty volumes, but he reads patiently, boring detail after boring scene. Finally, Pearl grows still when he gets to a certain passage: “‘The Bedloe girl’s piano scales were floating out her window,’ he read, ‘and a bottle fly was buzzing in the grass, and I saw that I was kneeling on such a beautiful green little planet. I don’t care what else might come about, I have had this moment. It belongs to me.’” After that, Ezra goes silent and Pearl says, “Thank you, Ezra. There’s no need to read any more.”

This moment hits me in the chest every time—and I’ve read the novel six times now. Because we all have those moments, don’t we? When we think, “Wow, I wish I could bottle this feeling, or stop time. But at least I know this happened. I have had this moment.”

And now we have Vinegar Girl, part of the Hogarth Shakespeare series, and another gift from Tyler. In Vinegar Girl, she brings her sharp eye to the retelling of Shakespeare’s The Taming of the Shrew, making it wholly new and yet still recognizable. I’m happy that I have Anne Tyler and her books—the new ones that keep coming, and the old ones I can return to again and again. 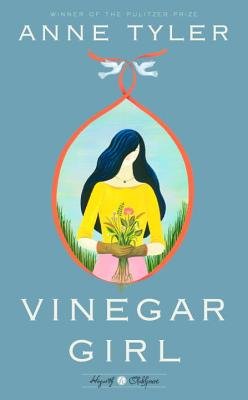 MARTIN WILSON is the author of the novel What They Always Tell Us. His second novel, We Now Return to Regular Life, will be published by Dial Books for Young Readers in the summer of 2017. He is a senior publicity manager at HarperCollins and lives in New York City.