By Miranda Beverly-Whittemore • 5 years ago

When I started writing my novel June, I knew I had some good reading ahead of me. The book features two generations of Hollywood gods—a matinee idol of the 50s and his two daughters—one of whom grows up to be an A-list movie star, the other of whom is infamous for her disdain for the media (and for a cult TV show from her youth called “Planet Purple,” in which she shot a laser gun in a bikini). I knew I needed to read both about Hollywood as it is imagined now, and the Hollywood of the past—specifically about Tinseltown bloodlines, of the children who grew up in that world and then decided to stay in it. These delightfully juicy books served as inspiration for my novel. 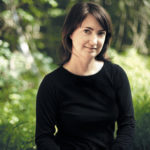 MIRANDA BEVERLY-WHITTEMORE is the author of three other novels: New York Times bestseller Bittersweet; Set Me Free, which won the Janet Heidinger Kafka Prize, given annually for the best book of fiction by an American woman; and The Effects of Light. A recipient of the Crazyhorse Prize in Fiction, she lives and writes in Brooklyn.