Revisiting the Works of the Brontë Sisters

If you've only made room in your literary life for Charlotte Brontë, it's time to welcome Emily and Anne.

By Lorraine Berry • 10 months ago 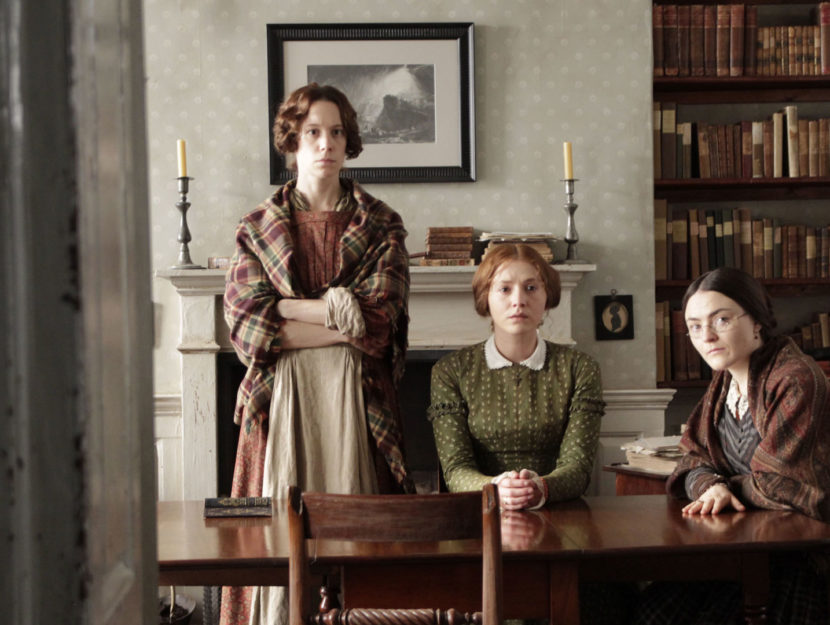 I read Jane Eyre for the first time as a teenager. My mum had recommended it to me. At the time, I thought reading 19th-century literature was a bit like eating broccoli. But I fell into the book after the first few pages, when Jane secrets herself on a window seat behind a curtain so she can read in peace and is set upon by her cruel cousin, the loathsome John Reed. And Jane’s assessment of herself, as smart but not pretty, lined up with my own teenaged sense of self. I’ve now read the novel at least three times, and I rarely read any novel more than once. As for the 20-plus film productions, I believe I’ve seen most of them. Timothy Dalton as Edward Rochester in the 1983 mini-series is still my favorite.

Many fans of Jane Eyre have also been fans of Wuthering Heights, the story of the tragic love affair between Cathy and Heathcliff, which continues after death with Cathy’s ghost demanding to be let in. The book also inspired Kate Bush’s ethereal, eponymous song, which has itself inspired annual tributes by mobs of women who perform the song, complete with Bush’s phantasmic choreography.

What may surprise fans of the two novels, however, is that while Emily died shortly after Wuthering Heights was published (at the age of 30 from tuberculosis), Charlotte continued to write and publish novels. And the third sister, Anne Brontë, published two novels that rival the work of her sisters. Both Charlotte and Anne shocked reading audiences with the topics they tackled, with Anne writing in great detail about a marriage in which the woman was abused by her alcoholic husband. The conditions under which women in Great Britain (and much of Europe and America) lived granted them few civil rights. At the time the Brontës were writing, once a woman married, all of her rights were ceded to her husband. Even if she brought money into the marriage, it was not hers to control but was legally recognized as belonging to her husband. Women could not vote, of course, but neither could they claim guardianship of their children. In rare cases of divorce, custody was given to fathers, and mothers had no legal claim to their children, which is one of the reasons that mothers were unwilling to divorce even the worst of men.

That situation is described in Anne’s The Tenant of Wildfell Hall, in which Helen goes into hiding with her son in order not to be found by her alcoholic husband, whose verbal abuse and threats of violence she has no legal recourse against. Contemporary critics were horrified by the “coarseness” of the first edition of the novel, in which Anne did not accede to Victorian sensibilities in her depiction of the full range of behaviors associated with alcoholism. While her husband never beats Helen, what becomes apparent is that he’s raising his son to behave in ways designed to be cruel to his mother as a way of the husband’s revenge against his wife. It is ugly.

In addition to Jane Eyre, Charlotte Brontë wrote a novel that I think rivals it for greatness. I discovered Villette by accident. I was living in Florence, Italy, at the time, fully immersed in improving my Italian language skills while also conducting research. But I also wanted to read for pleasure, so I went to an English-language bookstore to find something. While I was there, I decided that I should take an opportunity to read a classic novel, which was when I chanced upon Villette. Once again, I had that sensation of tumbling into a story that resonated with my own feelings.

The novel mirrored some of Charlotte Brontë’s experiences. When she was 26, she journeyed to Brussels to take a position teaching at a pensionnat (a boarding school). There, she fell in love with one of her fellow teachers, who happened to be married. In Villette, Lucy Snowe, who is 23, leaves her home to take up a teaching position in the French-speaking Belgian town of Villette. She experiences the uneasiness that accompanies dislocation, being a stranger in a community that is not only new, but where daily life takes place in a foreign language. It doesn’t matter how fluent one thinks they are on a first trip to another country; language is a lot more than words, and the cultural nuances of a language are difficult to learn without immersion. It can be alienating, but it’s also exhilarating, and those feelings come through when Charlotte writes about Lucy. Lucy falls in love with one of her fellow teachers, but like Rochester, Monsieur Emanuel is prickly and arrogant. And Lucy, like Jane Eyre, believes herself to be clever but not beautiful, another woman who is unable—or unwilling—to use her appearance as social capital. Villette explores Lucy’s psychology from her early days, when she seems to let life happen to her with little resistance, to her emergence as a woman capable of making choices for herself.

Whether you’re a fan of gothic novels, 19th-century romances, or woman-centered narratives that explore the cultural and social pressures brought to bear on young women,  the Brontë sisters’ novels each provide all of these elements and more. Jane Eyre is one of the greatest novels written in the English language, and Wuthering Heights is a near-perfect gothic tale, but these other works also deserve readers’ attention.