What My Taste in Books Says About My Taste In Men

John Sherman looks back on past relationships in terms of the literature they involved.

By JOHN SHERMAN • 1 year ago 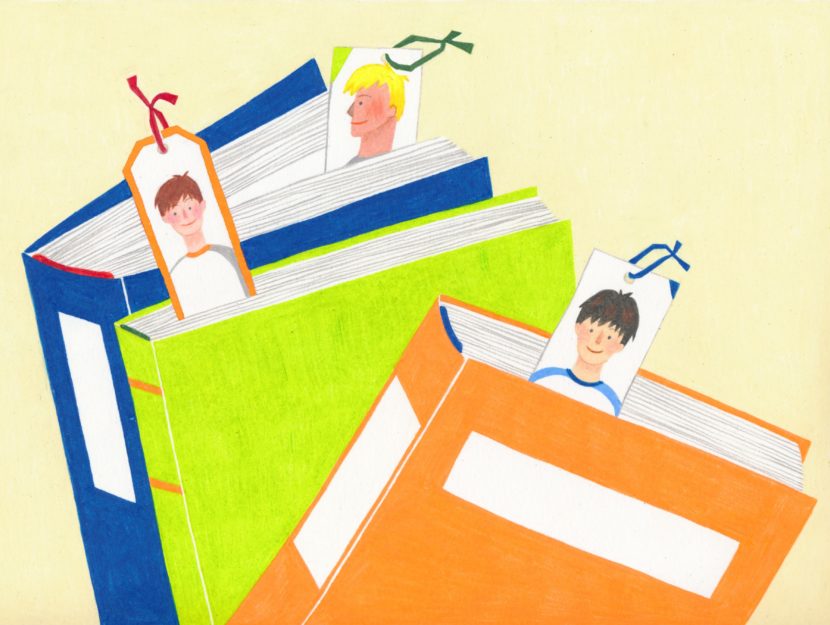 A few months ago, I brought a gentleman home to the apartment I was subletting, which was furnished mostly with things belonging to the friend I took it over from. The evening’s entertainment nearing a close and our clothing reclaimed from the floor, I watched his gaze ascend to the long, high shelf of books above my bed.

“I can’t vouch for anything up there,” I said, before he could note the copy of Not That Kind of Girl sandwiched between Slouching Towards Bethlehem and The Complete Guide to Astrological Sex Signs: The Key to Understanding Your Sexual Passions Through the Stars. “These are my friend’s; she hasn’t moved them to her new place yet.” I’ve been taking aesthetic credit for the enormous plants she left behind for months, but a bookshelf is a different question. I couldn’t even say which books were hers and which would have been just as eagerly disowned.

It’s not that there was anything wrong with most of the books there; I’d borrowed several since moving in. It’s just they weren’t quite the message I meant to send about my reading tastes, and thereby my personality; they are someone else’s message, for someone else’s gentleman to learn from. I can’t quantify their place in my life the way I can my own books, except by blanket disavowal. An entire box of books in my stored possession is filled with self-help-y titles that arrived, unbidden, in brown Amazon sleeves with comment-box inscriptions from my father: THOUGHT YOU MIGHT ENJOY THIS ONE LOVE DAD. Their existence represents something I can at least explain—my relationship with my father—though I have neither the desire to read them nor the heart to get rid of them. An explanation in itself.

Farther along my subleased shelf stood a Strand basement–looking copy of a book called Learning to Love Again, stickered at Powell’s for $2.95, and a hardcover copy of Still Water, a collection of prose poetry by Art Garfunkel—in all an inscrutable and worrisome word cloud. A still greater danger, though, are the books that oversell me as a bookshelf owner: half a dozen Zadie Smiths I’ve never read; The Warmth of Other Suns; Benjamin’s Illuminations; Zen and the Art of Motorcycle Maintenance; a bit of Grace Paley; Elie Wiesel’s Night; Hilton Als’s White Girls, which I have started but not finished, in a copy of my own.

Warned but curious, my gentleman reaches for Salt, Fat, Acid, Heat. “Have you read this?” No, I admit, feeling as if I’d ordered two yards of books from Woke Brooklyn Yuppie Set Dressing, Inc.

For transparency’s sake, I pointed out the books I did own, a few volumes stacked sideways in front of The MOST of Nora Ephron, which despite their collective honesty may not have brightened my impression much: a 1950s cookbook published by the Westinghouse Electric Corporation; How to Be a Person in the World; the new Tim Kreider; an old Tim Kreider; James Salter’s Light Years; SPEEDBOAT; and German-language copies of Siddhartha and Mephisto, neither of which I have finished or even respectably dented. The most telling element of my book collection, even in miniature in my temporary home, may be the number of books I own and have never bothered to finish, or in some cases even start.

A bookshelf is the medicine cabinet of the soul. And like an unattended medicine cabinet, perused in a bathroom break of unsuspicious length, the facts it contains are presented out of context. In most social circles, “What did you think of The Girls?” is a more polite question than “How do you like Zoloft?,” but perhaps a no less critical one for getting to know a person.

Whether it’s bonding over a shared love of an author or taking recommendations and giving gifts, a book is an iceberg of taste: 10 percent literacy and 90 percent personality. I’ve become conscious of where I leave the dog-eared copy of Infinite Jest I’ve been moving apartments with for six years, and what its presence and obvious wear might suggest when I leave the room.

Good taste in books can be as sexy as poor taste in books is unsexy, but the question of taste, and in inferring it in others based on their bookshelves, is often self-interested: Is a full set of Harry Potter hardcovers a red flag? Could I be with someone who reads this much Franzen? Imagine listening, at a party, as your partner explains to your dearest friends the grand cultural import of Karl Ove Knausgaard. The mind cringes.

When I worked at a bookstore, I proudly declared myself an anarchist of taste (albeit a closet snob). I have a zero-win record for matchmaking, and I consider book recommendations a related endeavor. “What should I read next?” is as answerable as “Whom should I date next?” How should I know? Of course, professionally, I ought to have known, or pretended to, but who am I to tell someone how to spend an evening, much less $16.95 plus tax?

Moreover, retweets are not endorsements. Reading The Voyeur’s Motel is not quite the same as condoning it, though buying it might be. And on the bookshelf of a near stranger, sans explanation, how can the distinction be made? I fear being made to answer for some of my own bookshelf’s residents—The Gay Talese Reader, for one, all the way up to the weepy doorstop of A Little Life. (It happens that I also own an A Little Life tote bag, of which I’m not especially proud, but which I at least do not keep on a shelf.) Likely I can’t even see the brightest red flags in my own library, which somehow contains three copies of The Stranger—one in French, a hapless pretension far beyond my French reading level.

I have often looked back on past relationships in terms of the books they involved. A man eight years my senior, with whom I was quite infatuated at age 20, pressed me to read The Reader—not, I assume, for the age difference of its lovers, but for its literary merit. Though the age thing is hard to ignore, really. Later that year, a man closer to my age but with whom I was not at all infatuated, gave me a copy of Faulkner’s The Wild Palms [If I Forget Thee, Jerusalem], with a thoughtful inscription I can’t now remember in any detail. I never read it, but it seemed important to keep there, beside the rest of my unread Faulkner—in case, or something.

I once bought a first edition of one of my favorite books, E.B. White’s 1948 Here Is New York, for a boy I liked far more than he or our connection warranted; by the time it arrived in the mail he’d stopped returning my texts. There are more painful ways to spend $10 plus shipping, but it was a lesson in offering recommendations no one is asking for, literary or personal. Shorter entanglements lend themselves better to this sort of referential foreshortening, though the six weeks an ex of mine spent reading Prozac Nation might offer some microcosmic clarity, if I dared to follow that thread any further. My high school boyfriend’s favorite book was The Perks of Being a Wallflower, which was a little on the nose even at 17. Leafing through the mixtapes that still live in a neoprene 64-CD case in the door pocket of the car I drove in high school, it seems perfectly fated. How much Ben Folds can one relationship really withstand?

Reducing human connection to references in this way may be reductive, both in terms of the books and the people associated with them, but this sort of symbolism in hindsight is one risk of considering romance in literary terms. The equation works in reverse, too: certain books and authors will always remind me of the men who introduced me to them, and the books I share are often wrapped in the wish that I might be signified on someone else’s bookshelf, for someone else’s gentleman—at least until they put me in a tote bag and try to sell me at the Strand.

This is Part 6 of our Love, Stories series. Read the others here! 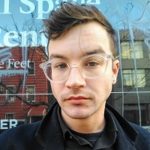 JOHN SHERMAN is a writer in Brooklyn. His work has been published by The New York Times Magazine, GQ, Electric Lit, Longreads, The Morning News, and the Los Angeles Review of Books, among others.