Witness the Mochimochi's hostile takeover in action. Warning: Not for the faint of heart. 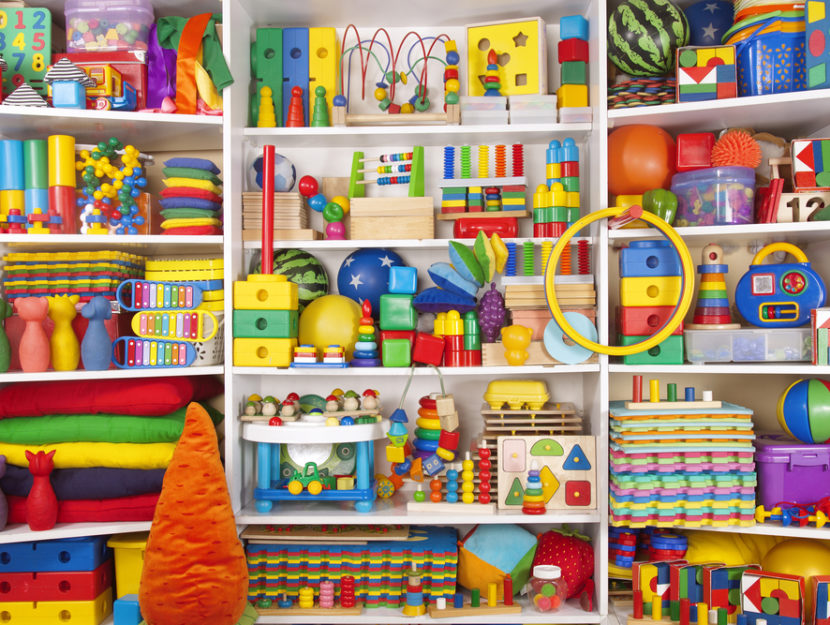 The Mochimochis from Mochimochi Land took over Crown Publishing. They infiltrated the Random House building, stormed the 6th floor and captured Crown’s publisher. The battle was documented by both sides on Twitter using the hashtag #MochimochisAttack.

Not sure what mochimochi are? A mochimochi can be anything, from fearsome baby gators to pigs with beehive hairdos, from the toe-nibbling monster slippers to an assortment of itty-bitty hamsters, micro mountains, and human beans complete with comb-overs!

Toys, people! Who doesn’t love toys? They make you smile, give you something to squeeze and hug, and can even sit on the couch and watch TV with you. But could the toy be a couch, or an old-fashioned television? Is that too weird?

Not if the toy is mochimochi, the super-cute and strange knitted toys author Anna Hrachovec created after falling in love with the bizarre character designs that are popular in Japan. Super-Scary Mochimochi are here, and they’re taking over, just in time for Halloween. 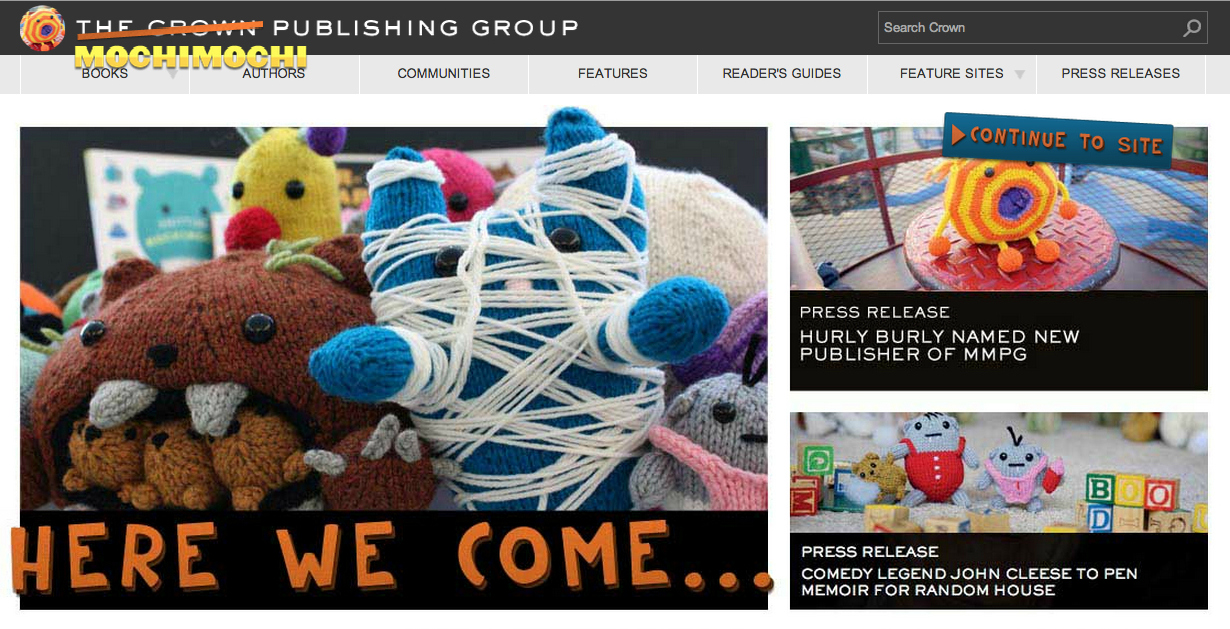 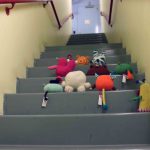 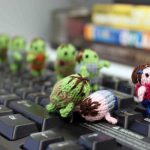 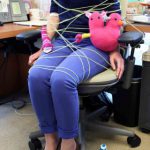 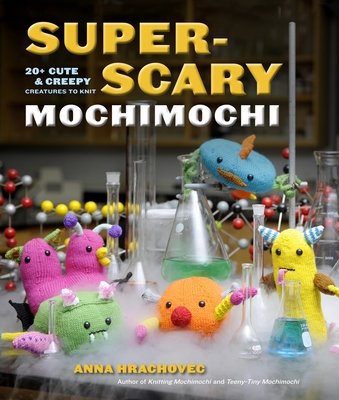 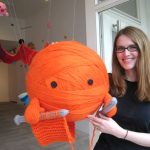 ANNA HRACHOVEC is the author of Knitting Mochimochi and Teeny-Tiny Mochimochi. She launched her knitted toy patterns in 2007, and her creations have been featured on The Martha Stewart Show and exhibited in galleries worldwide. Visit her and her designs at MochimochiLand.com. Super-Scary Mochimochi is available from Potter Craft wherever books are sold.