Literary Meals that Leap off the Page

Notable meals found in the pages of novels. 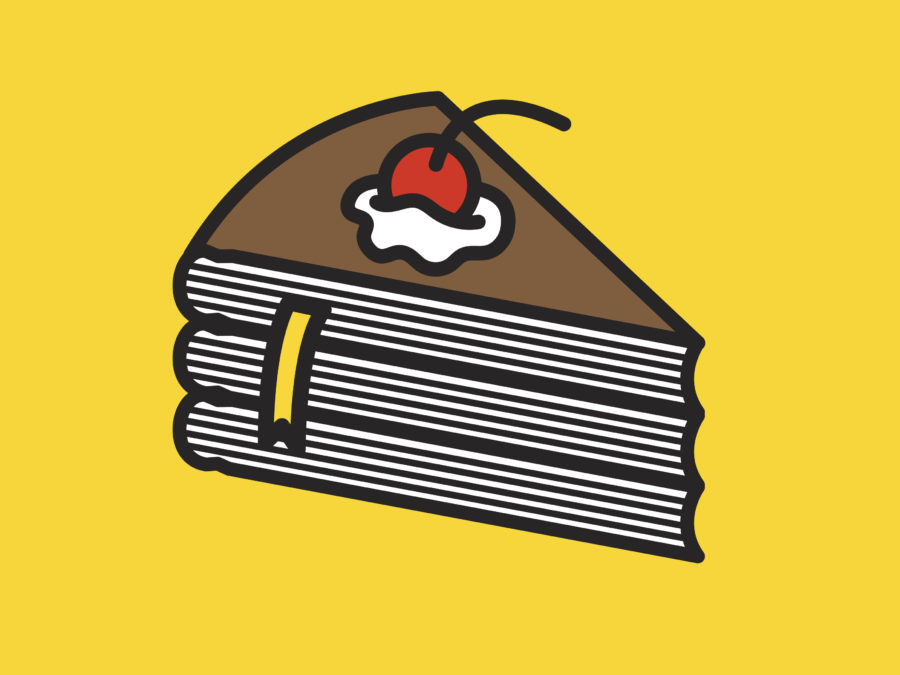 If it hasn’t happened already, some enterprising restaurant should offer a one-off tasting menu consisting of dishes inspired by works of fiction. This isn’t speaking metaphorically; this is not a proposal for tartines that convey the spirit of Franny and Zooey, a Zone One-themed cheese plate, and Pynchon-esque béchamel sauce. Instead, the menu could be taken from notable meals found in the pages of novels from over the years. As with any creative endeavor, translating a meal made of meats, vegetables, and sauces into prose scattered across pages can be a difficult task, but the rewards are clear. Fictional meals aren’t subject to the same randomness that can mar an otherwise great home-cooked meal. Ovens don’t suddenly malfunction, eggs won’t go bad, meat won’t turn out to have been swapped for something less appealing. (Unless, of course, the plot demands it.) The variables that can sink a great meal in the real world can be restrained in a more controlled fictional environment. And the results are descriptions of food that, whether modest or fancy, can prompt readers to salivate as they go.

Kate Christensen has written two works of nonfiction that deal directly food: her memoir Blue Plate Special and How to Cook a Moose, a work dedicated to the cuisine of Maine. For longtime readers of her fiction, this came as no surprise: her 2004 novel The Epicure’s Lament featured, as its title suggests, a central character with an intense interest in food of all kinds. Hugo Whittier, the novel’s narrator, has a deep-running fatalistic streak and a general sense of misanthropy, but his affinity for food is undeniable. One paragraph is dedicated to Hugo’s preparation of an omelet, making for prose that can inspire stomachs to rumble and arteries to tremble in fear.

I melted a “lump of butter,” as Mary Frances calls it (the phrase conjures for me that nostalgia-world of lipsticked women with cigarette holder, men in hats and trench coats drinking rye on the rocks), until it foamed it a hot cast-iron griddle, turned the heat very low, then slipped four beaten eggs into the hot fat. Meanwhile I boiled a handful of frozen corn for a couple of minutes, drained it, and sprinkled it onto the omelet along with some smoked kippers I happened to have on hand, roughly chopped, and a heaping spoonful of small, salty capers.

Having a gourmand as a prominent character in your novel is one way to introduce delectable meals organically into your narrative. Another is to have a character involved in a restaurant in some way. 2016 has been a sold year for such stories, with Stephanie Danler’s Sweetbitter and Stuart Nadler’s The Inseparables both touching on restaurant life to some extent. Among the ensemble cast of Emma Straub’s novel Modern Lovers are a couple, Jane and Zoe, who operate a restaurant, Hyacinth, in Brooklyn. Periodically, Straub shows the ways in which food runs through their lives, from the role it played in the courtships years earlier to the way in which the restaurant’s layout reflects their personalities. And sometimes there are moments where the ways in which operating a restaurant suffuse everyday life come to the foreground as well, as when Jane awakens with ideas for food running through her mind.

She almost always opened her eyes to visions of food–not breakfast, never breakfast–things she could serve at the restaurant. A dessert with strawberries and peppercorns. A salad with enormous watermelon radishes and fat wedges of avocado. Fresh pasta with asparagus pesto.

Not all loving depictions of food in fiction can be found in high-end eateries. Amidst the madcap narrative of Juan Pablo Villalobos’s Quesadillas (translated into English by Rosalind Harvey), a novel that includes the disappearance of twins, the sociopolitical turmoil of 1980s Mexico, and the possible presence of aliens, are evocative descriptions of the food that gives the novel its title. In the case of this book, however, the way that they’re charted has more to do with question of economic status than anything.

We entered a phase of quesadilla rationing that led to the political radicalisation of every member of my family. We were all well aware of the roller coaster that was the national economy due to the fluctuating thickness of the quesadillas my mother served at home. We’d even invented categories—inflationary quesadillas, normal quesadillas, devaluation quesadillas, and poor man’s quesadillas—listed in order of greatest affluence to greatest parsimony.

Inflationary quesadillas are the thickest, brought on by the narrator’s mother’s purchase of an abundance of cheese; for poor man’s quesadillas, the written word “cheese” takes the place of the substance in question. It’s a description that’s both haunting and vivid, and one which gives a sense of the tone sustained throughout Villalobos’s novel.

Sometimes the most memorable descriptions of the edible in fiction can fall into the camp of comfort food. That’s certainly the case in John Kennedy Toole’s A Confederacy of Dunces. In one sequence, protagonist Ignatius J. Reilly arrives at Paradise Vendors, Incorporated, where he ends up operating a hot dog cart. His first introduction to the hot dogs, however, is a memorably olfactory one, which gets at the way that food can lure us in even before we see it.

Stopping before the narrow garage, he sniffed the fumes from Paradise with great sensory pleasure, the protruding hairs in his nostrils analyzing, cataloging, categorizing, and classifying the distinct odors of hot dog, mustard, and lubricant. Breathing deeply, he wondered whether he also detected the more delicate odor, the fragile scent of hot dog buns.

It’s the nod to industrial smells blending with the more traditionally savory aromas that makes that passage particularly evocative, prompting both the delectable nature of the smells and the less pleasant aspects that go along with them. It’s worth noting that, late last year, the Louisiana State University Press published Cynthia Lejune Nobles’s A Confederacy of Dunces Cookbook: Recipes From Ignatius J. Reilly’s New Orleans. There aren’t many novels that can yield a cookbook’s worth of food descriptions; Toole’s, however, is one of them.

There’s a bleak undercurrent running through all of these novels. Quesadillas features dreary scenes of living with poverty; the narrator of The Epicure’s Lament is grappling with chronic health issues due to his penchant for smoking; and a subplot of Modern Lovers involves the possible collapse of a long-standing marriage. While these novels involve evocations of mouthwatering meals, that’s not all that they’re doing—those descriptions of the savory are juxtaposed with much more emotionally raw concerns. In showing us their characters at their most desperate, these authors demonstrate what food can and cannot do: for all it can nourish us, it can’t necessarily eliminate poverty, depression, or heartbreak. To look more closely at one of these books, the way that Hugo in The Epicure’s Lament lovingly describes the preparation of food is counterbalanced with his harsh treatment of the people around him. These novels have found a way to balance the messiness of life with the aspects of it that can prompt elation or joy; it’s in the balance between the two that they find a way to endure. Alternately: regardless of how the food tastes, it’s a recipe for literary success.