The Life and Legacy of Mary Oliver

A reflection on Mary Oliver's legacy through her remarkable, life-changing poetry. 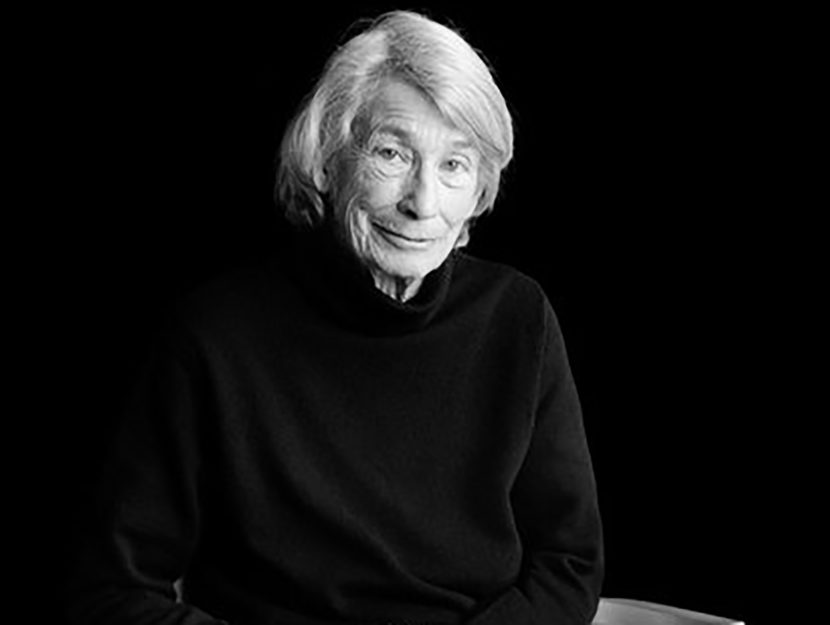 When I heard the news that Pulitzer-Prize winning poet Mary Oliver had died, it felt as if someone had knocked the wind from me. It was precisely the kind of moment that would have led me straight to her poetry for a chance to reflect.

One of the first times I read Mary Oliver, it was because two of her poems were sent to me as a gift by an old friend who watched as I whirled like a dervish in response to a series of life changes, including leaving the father of my children. I remember opening the email and reading the first lines of “The Journey,” contained in her collection “Dream Work.”

One day you finally knew
what you had to do, and began,
though the voices around you
kept shouting
their bad advice—

It felt as if she were writing about my situation, surrounded by people who were angry with my decisions. The second poem, “Wild Geese,” (from the same collection) is a poem that I have sent to both of my (now adult) daughters at moments when they dealt with those sensations of not being “enough” in this world that yells that message at young women.

I grew up in the Pacific Northwest, in the shadow of snow-capped mountains that reach two miles high. Hiking in a wilderness where I could go days without seeing another person, and free of any modern distractions, I learned to pay attention. Mary Oliver lived in the woods of New England, and she would frequently hike those woods with her life’s love, Molly Malone Cook, who was a photographer. If I want to be reminded of that combination of ache and joy that I associate with the wilderness, I find it in Oliver’s poems.

In her collection Twelve Moons, her poem “Sleeping in the Forest.” “All night/I heard the small kingdoms breathing/around me/the insects, and the birds/who do their work in the darkness.”

Or in “Creeks,” from The Night Traveler: My heart/Is quieted, at rest. I scarcely feel it.” Or in capturing that sense that language is not enough, our intellects are not enough, to take in the simple idea of a tree, no matter how much book learning we may have. She wrote in “Answers”

“That summer I hurried too, wakened
To books and music and circling philosophies.
I sat in the kitchen sorting through volumes of answers
That could not solve the mystery of the trees.”

Her poems do not require anyone to trek into the woods in order to be able to access her understanding. Something as ubiquitous as a garden flower could serve as her focus. Peonies were a new plant for me when I moved to the east. I watched as ants swarmed the tightly closed buds, eating away at the tough husk in order to release the blowsy beauty within. Oliver described them as “beauty the brave, the exemplary/blazing open.”

This morning the green fists of the peonies are getting ready
to break my heart
as the sun rises,
as the sun strokes them with hid old, buttery, fingers

Moments of anger and frustration are expressed by Oliver, as if to counter any idea that she was in a twenty-four-hour trance, blissed out on nature. She wrote about abuse inflicted on her as a child, and a bout of lung cancer that she was treated for in 2012.

In “Rage,” from Dream Work, she confronted a child’s nightmare from the distance of an adult.

“But you were also the red song
in the night,
stumbling through the house
to the child’s bed
to the damp rose of her body,
leaving your bitter taste.”

And Mary Oliver often referred to the specter who comes for us all. She mentioned Death in several of her poems, but in ways that showed her knowledge, perhaps gained from all those years of observing the cycles outside her windows and on her walks, that everything is born and grows and dies.
In “October,”a poem contained in New and Selected Poems, she confronts the topic in direct language.

“Look, I want to love this world
as though it’s the last chance I’m ever going to get
to be alive
and know it.”

That forthrightness about death was another way that she never stopped paying attention. Reading Mary Oliver is to be constantly reminded that whatever moment I was in, I should observe all that I could about it. And even when it felt as if I were in the middle of a swamp with the muck up to my neck, her poems were the gentle instructions that the only way out of where I was at that moment was to continue to step forward. It was the only way to get to the other side, and if I paid attention to just how awful it felt to be there, perhaps the next time that I found the ground getting spongy under my feet, it was time to notice where I was.

It’s difficult to imagine that the source of so much beauty about language and the world has left. But the comfort that I am already taking from re-reading her poems is making it easier to breathe. She has left behind so much work that will continue to offer solace and instruction and reminders. But damnit. I mourn knowing that great voice is stilled.

I do know how to pay attention, how to fall down
into the grass, how to kneel down in the grass,
how to be idle and blessed, how to stroll through the fields,
which is what I have been doing all day.
Tell me, what else should I have done?
Doesn’t everything die at last, and too soon?
Tell me, what is it you plan to do
with your one wild and precious life?

(The Summer Day, from New and Selected Poems)

Want to read more Mary Oliver? Here are some recommendations of just some of the volumes she wrote during her prolific career.