Honjok and the Radical Act of Reading Alone

How YOLO culture is transforming a new generation of South Koreans. 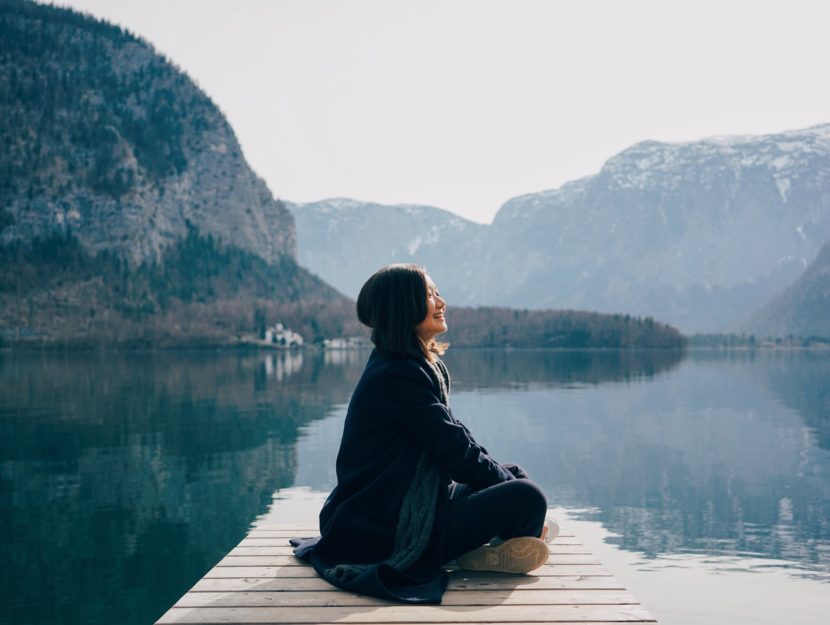 A young woman walks into a restaurant in Seoul. Requests a table for one. Settles in, places her order, pulls out a book. A glass of wine arrives. Around her, other singles sit alone, enjoying ramen or rice. No one casts a sidelong glance or pays attention to the other patrons. The tables have partitions for privacy and wall outlets to charge your phone while you eat. These diners are solo by choice. They call themselves honjok—loners.

A growing number of restaurants, TV shows, and businesses in South Korea are catering to this new youth culture called honjok, the loner movement. Renouncing the negative connotations of the word loner, these young people are embracing a YOLO—”you only live once”—mentality and rewriting the rules of Korean society. Honjok are choosing to disavow the expectations of marriage, work, and family, and instead focusing on living their own lives to the fullest.

The honjok lifestyle celebrates the individual over the group, a radical shift from Korea’s traditionally group-oriented social structure. At one time, it would have been culturally taboo to eat (honbap) or drink (honsul) alone, to travel or go to the movies by yourself (honnol). But no longer. Monika Kim, covering the honjok trend in Vogue writes, “Ultimately, it’s about taking time for yourself. It’s about letting go of society’s pressures—to get married by a certain age, to work for a steady salary, to never ask questions—and caring less what others think.”

For the first time ever, single-person households have become the most common domestic unit in South Korea, and women are driving this trend. The number of people living alone (nearly 30 percent) already outpaces families with children, and is projected to rise even further over the coming years due to the country’s aging population and low birth rate. Women make up the majority of single-person households in South Korea, and many are delaying marriage and opting out of childrearing.

South Korea’s record on gender equality is abysmal—in a 2018 Global Gender Gap report by the World Economic Forum, the country ranked 115 out of 147 countries. (The United States ranked 51. Iceland, Norway, and Sweden took the top three spots.) Overworked, underpaid, and exploited, Korean women are fed up and making their voices heard.

Sound familiar? It should. The roar of the #MeToo movement, the majority vote for a female U.S. president in 2016, even the explosive rise of female superheroes in Hollywood all reflect the collective echo of female rage that is reverberating around the world. As Rebecca Traister writes in Good and Mad, “As an oppressed majority in the United States, women have long had within them the potential to rise up in fury, to take over a country in which they’ve never really been offered their fair or representative stake.” The defining characteristic of today’s modern woman may very well be the one who says enough.

Although men and women embrace the honjok lifestyle, women are arguably the economic drivers of its success. It’s notable that Hyun Yang-bae, head chef at a honbap restaurant in Seoul, observed, “With all the tables partitioned off and curtained, you can enjoy your Japanese ramen in an absolute bubble, without anyone around you bothering you … Even at our early opening hour, the single-seat dining areas soon get full of solo eaters, especially female eaters.” And no wonder!

Imagine being a woman free to exist in a public space without anyone bothering you. Imagine an “absolute bubble” protecting you from leering stares, unwanted advances, and hidden sex cameras (an epidemic in Korea). Imagine reading a book in a bar without being interrupted by a man demanding your attention.

A few months ago I was hosting a Silent Book Club at a fancy hotel bar in San Francisco. It was the end of the night, and the fellow readers at my table had already packed up and left. I was finishing one last chapter when a stranger sat down across from me. He was in his mid-30s, wearing a black North Face jacket and dark jeans. Typical tech attire. He set his backpack down, asked me what I was reading. Warily I raised the cover, Song of Achilles, and continued to read. He persisted. Was it a good book? What was it about? Do I like reading? Was I visiting San Francisco? Where was I from? His eyes were glassy and he slurred his words, repeated himself. I could tell he was wasted.

My eyes darted around the room, scanning for an escape route. Culturally conditioned to be polite and to avoid confrontation, I answered his questions noncommittally as my heart raced. I did not feel safe. I locked eyes with a woman at the next table who I had introduced myself to earlier in the evening. Widening my gaze in the universal “Help Me” bat signal that women can spot across any crowded room, she immediately put down her book, began packing her bag, and moved toward me. I greeted her warmly, grabbed my stuff, and together we walked out of the bar, glancing over our shoulders to make sure we weren’t followed.

Honjok, a subculture that allows greater mobility, agency, and privacy for women in a repressive society, is a radical feminist movement. Reading alone in a public space is an act of resistance against societal assumptions that a single woman is in want of a (male) companion. A woman putting her own needs first defies cultural expectations that women should devote themselves fully to their careers (lean in!) and their families (attachment parenting!) and their mates (#instabeauty). Honjok offers women an alternative path, one that allows her to make her own lifestyle choices, that allows her to live her life to the fullest. We could use a lot more of that right now.