Gary Krist brings historical skepticism into a literary context and explains how his book City Of Scoundrels ties in. 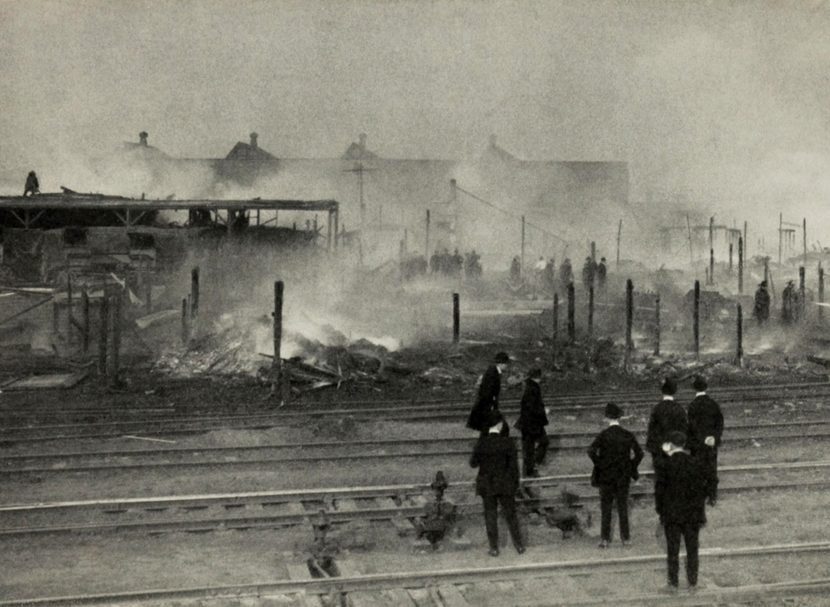 Read It Forward: Are there any other relatively short crisis-periods in history that you think are comparable to the twelve days you write about in City of Scoundrels?

Gary Krist: A city’s fortunes can often take a turn for the worse very quickly. Sometimes it’s a large-scale natural disaster that dramatically alters a city’s future. The Great Chicago Fire of 1871, the San Francisco Earthquake of 1906, or Hurricane Katrina in New Orleans in 2005 obviously changed everything for those places in a matter of hours.

But cities can also go through man-made crises, when social strains that have been building up for months, years, or even decades reach a critical mass very suddenly. That’s what happened, for instance, in so many American cities in 1968, when rioting broke out in Washington, Baltimore, Chicago, and a number of other urban areas, triggered by the Martin Luther King Jr. assassination.

And that’s what happened in Chicago in July of 1919. Tensions that had been simmering for a long time exploded into widespread violence and disorder over the course of just a few days. Fortunately, cities are amazingly resilient organisms, and they do eventually recover from these shocks. But sometimes the physical damage from a natural disaster can be repaired more quickly than the social damage left by riots and other forms of civil conflict.

RIF: What modern locales do you see as parallels to Chicago in the book’s time period?

GK: The closest modern analogues I can think of are probably the fast-growing urban areas of China – cities like Shenzhen, say, which has grown from a town of a couple hundred thousand into a megalopolis of more than ten million over the course of just three decades.

Chicago’s growth wasn’t quite as dramatic; it went from village to major city over the space of sixty years or so. But the effects were similar. Such rapid growth causes all kinds of pressures. Infrastructure, housing, and social services just can’t keep up with the unrelenting influx of newcomers, and the resulting dislocations can turn ugly very quickly.

Of course, one big difference is that in 1919 Chicago you had the additional difficulty of an ethnically diverse population, with lots of ethnic and racial groups – some of them with a history of mutual antagonism – living side by side. But the Chicago of 1919 and the Shenzhen of today are both adolescent cities, and we all know how volatile and hard-to-control adolescents can be.

RIF: Which “character” most fascinated you during your writing process? Was there anyone you wished you could have spent more time writing about?

GK: I would have loved to bring more of Ida B. Wells-Barnett into the story. Granted, she already plays a significant role, but since she’s one of the few unambiguous heroes in the book, I would have liked to make her more central to the action. Unfortunately, though, most of her personal and professional papers were lost in two house fires in the early 1900s; what’s left is housed mostly at the University of Chicago, and while that collection was extremely useful to me, it didn’t contain a diary or a trove of letters from 1919 to tell me what Wells-Barnett was doing on a day-by-day basis during the crisis.

Her autobiography, Crusade for Justice, gives some details, but she had a long and eventful life, and the Chicago riot was just a small part of it, so she didn’t devote too many pages to it. Her daughter, Alfreda M. Duster, did write of Mrs. Barnett (few people were allowed to call her “Ida”) marching through the riot-torn streets to gather testimony from victims and witnesses – even at the height of the violence, when less-intrepid souls were running for cover – though few specifics have survived.

But Wells-Barnett was such an interesting and formidable figure – strong-willed and courageous, but also curiously thin-skinned, and so contentious that she habitually alienated both allies and enemies alike. I hope to write more about her some day.
           
RIF: Tell us a little about your research process for the book. How do you go about turning the raw material of history into a readable story?

GK: As a narrative historian, I’m always trying to depict how the events of history have played out in concrete terms, presenting, wherever possible, actual scenes with characters and dialogue, in the manner of a novelist. But I try to be pretty strict with myself about not “extrapolating from the historical record.” The reader has to trust that the author is not just making things up, or else the whole reading experience is poisoned.

That’s why I’m always on the lookout in my research for things like memoirs, personal letters, court testimony, or diaries, where the participants in a historical event actually report what was said and done at a particular time and place. Newspaper articles are also very useful for this, especially when reporters on the scene write about what they experienced firsthand.

Are these eyewitness reports always accurate? Not by a long shot. Memory is notoriously unreliable, and people often color the truth – or even lie outright – in ways that serve their own personal agendas. A historian therefore has to look at such eyewitness testimony with a skeptical eye.

But these accounts are the closest thing we have to firsthand knowledge of what actually happened, so if I’m convinced that, say, a conversation reported in court testimony is reliable, I’ll use it to create an actual scene, something that will allow the reader to experience history in an immediate way. It’s the fiction-writer’s “show, don’t tell” dictum, transposed to the world of nonfiction.

Of course, history writers also have to do a lot of telling, to familiarize readers with the historical background against which these reported scenes play out. But I try to keep the narrative as concrete as possible, which is why I spend so much time in archives looking for court transcripts and personal accounts of the events I write about. 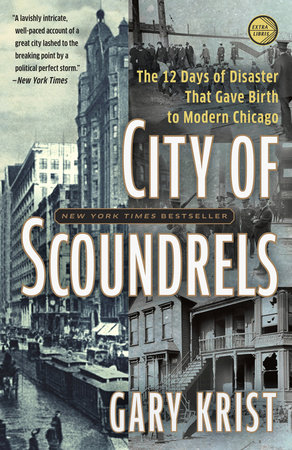 GARY KRIST has published two short-story collections: The Garden State, winner of the Sue Kaufman Prize for First Fiction, and Bone by Bone, a new New York Times Notable Book of the Year in 1994. The recipient of an NEA fellowship and a widely published journalist, Krist lives in Chevy Chase, Maryland, with his wife and daughter. City of Scoundrels is available from Broadway in paperback wherever books are sold. Visit the author online at GaryKrist.com.