The Women of Westeros are forces to be reckoned with—and there's more to come. 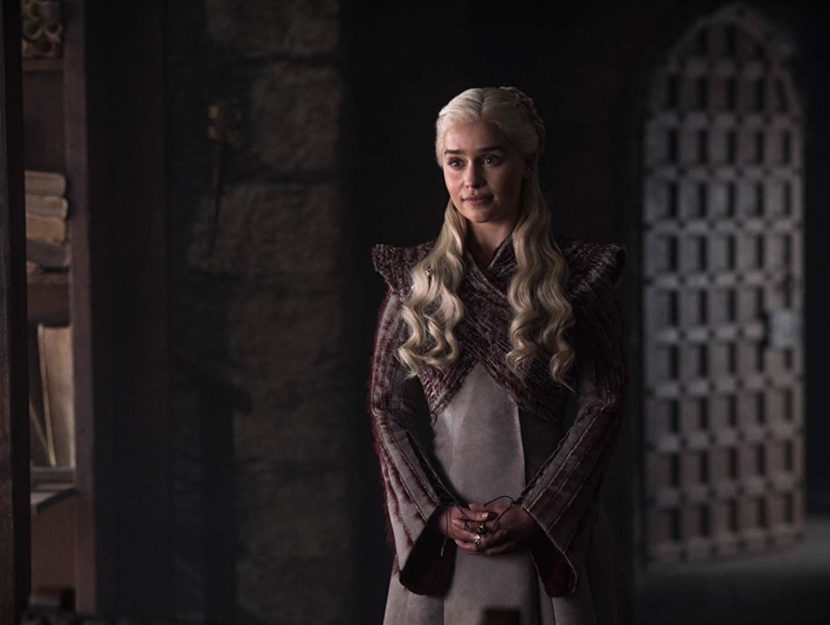 For a brief, shining moment, it seemed likely that there would have to be a woman sitting on the Iron Throne by the Game of Thrones series finale—truly, the stuff of fantasy, to have the pick of multiple female candidates: the ruthless older queen; the powerful, dragon-riding upstart; even the “little bird” wild card waiting in the wings, just in case. Despite a bastard from the North getting lauded as a war hero (with the forthcoming reveal of his true birthright and claim to the throne), HBO’s epic fantasy series seemed to be building toward a showdown between Cersei Lannister and Daenerys Targaryen.

Then “The Bells” tolled in the penultimate episode, and by the time they stopped, Cersei was dead, Daenerys had apparently gone mad in true Targaryen fashion, and suddenly Jon Snow was looking like the Iron Throne’s best contender. A series finale that seemed to be about women in power has, in a burst of dragon fire, undermined its two most powerful female rulers.

Up until the moment when King’s Landing began ringing the bells in surrender, the two queens seemed to occupy clearly opposing stances on the morality spectrum. On one side you had Cersei Lannister, who infamously sipped her wine while blowing up a corner of the city with wildfire. A queen who, when blackmailed with the knowledge of her incestuous affair with her brother, demonstrated with just a few words that “power is power.” A schemer whose latest gambit to keep the throne involved sleeping with a pirate and letting him believe he was the father of her unborn child in exchange for his Iron Fleet. A woman so abhorred that not even the loss of all three of her children could redeem her—the villain whose death was likely to inspire the sweetest schadenfreude.

Then, the challenger, imbued with the self-righteousness of birthright and nearly a dozen names pointing to the long path that brought her here: Daenerys Stormborn of the House Targaryen, the First of Her Name, Queen of the Andals, the Rhoynar, and the First Men, Lady of the Seven Kingdoms and Protector of the Realm, Lady of Dragonstone, Queen of Meereen, Khaleesi of the Great Grass Sea, the Unburnt, Breaker of Chains, and Mother of Dragons. The self-styled savior queen who had to accept that no matter how many resources she brought to Westeros, she would not be welcomed with love. The queen who put her quest for the throne on hold to help others, bravely rode a dragon into battle, and then sat silently as a less qualified man was congratulated for doing so much less. The ruler who does not beg, yet begged Jon to turn away from the revelation of his heritage—to return to being her lover, to bury his birthright—only to be betrayed by her supposedly loyal adviser Varys who was trying to put Jon on the throne instead. The woman who met the rejection of the love she sought with the stony decision of “let it be fear.”

“The Bells” violently inverts this sympathy. Cersei, more deserving than almost anyone in this series of a humiliating public execution, dies not just in private, but as a figure of pity: In her final moments she receives comfort from her brother and beloved Jaime, sobbing about not being ready for death as he shields her from their fate. While Cersei is granted this private, vulnerable death underground, up in the air, suspended above the battle, Daenerys’ similar moment of unguarded and unwitnessed vulnerability twists into rage: no words, just facial expressions that express her rapid fraying of control, until she finally snaps and urges Drogon onward to raze the city.

The lack of dialogue and escalating emotions make the scene just ambiguous enough to inspire debate among viewers as to Daenerys’ motivations. Is this the justified reaction of a woman, a victim of trauma and loss, punished for her unapologetic grabbing of power? Or is she a megalomaniac with a savior complex who has a history of burning down the human obstacles in her way to the throne she believes belongs solely to her?

Part of what made “The Bells” such a narrative letdown was that the two queens never got the chance to have a direct confrontation. Had Daenerys and Cersei ever been able to meet alone, away from their respective entourages, they might have found a surprising affinity. They might have compared notes on the myriad prophecies and visions that have guided their major life decisions and political machinations since adolescence.

Cersei’s moves have always been reactionary, ever since childhood when the witch Maggy the Frog told her that yes, she would be queen—for a time, until replaced by someone younger and prettier. Cersei thought her would-be deposer was daughter-in-law Margaery Tyrell, but that was nothing that a little wildfire couldn’t fix. Then came a silver-haired beauty riding into the Battle of King’s Landing on the back of a dragon, at which point Cersei’s resolve finally cracks and she makes her ill-fated retreat.

Daenerys’ vision in the House of the Undying, somewhat less cryptic than a witch’s pronouncement, seemingly affirmed that she would reach the Iron Throne—albeit with the ceiling torn open and the throne room covered in snow. In the wake of her destruction of King’s Landing at the end of “The Bells,” with the throne room’s ceiling burned away and ash raining down upon this coveted seat, Daenerys has fulfilled her vision. “I did not come here to be queen of the ashes,” she challenged Olenna Tyrell when told that she could not rule without fear, yet that is exactly the fate she has chosen, by following the older woman’s other advice: “Be a dragon.”

Unfortunately, Daenerys has also proven right every story about Targaryen madness—the other “prophecy” against which she has fought her entire life. “What’s the saying?” Cersei remarks earlier in the series. “‘Every time a Targaryen is born, the gods flip a coin.’” Justifying his decision to turn on his queen in “The Bells,” Varys tells Jon—a.k.a. Aegon Targaryen—“I still don’t know how her coin has landed. But I am quite certain about yours.” A generation ago, Daenerys’ father Aerys, the Mad King, plotted to blow up King’s Landing but was deterred; when Drogon rains fire down upon the city, it triggers the wildfire that Aerys planted underground and brings the Mad King’s plan full circle.

Regardless of how sympathetic Daenerys’ reaction was (or was not), her attack on King’s Landing has effectively ruined her chances of coming out as the victor in the game of thrones. Her anger has reduced her to the damning stereotype of the emotional woman—too irrational to be trusted with the power to rule, with decision-making, with dragon fire or any other weapon.

Game of Thrones’ ending is no longer about women and power in Westeros. Instead, it is about the power of a woman’s anger. Cersei lashes out at fate’s decisions that are out of her hands. Daenerys rails against rejection by the people of Westeros and Jon. But Arya Stark’s anger is what will determine the series’ outcome.

Arya’s anger keeps her alive—her list of who to kill is a prayer she recites, a murderous mantra—but it is also isolating. Vengeance can be life-ruining, as the Hound counsels Arya at the Red Keep: “You want to be like me? If you come with me, you’ll die here.” It’s enough to convince her that after all of this she doesn’t need to kill Cersei, and she thanks the Hound and turns to escape.

Then King’s Landing falls down around her ears. Of all the players present at that battle, Arya is the one most in the thick of it, dodging collapsing buildings with other innocent victims of Daenerys’ rage, singed by fire, bloodied, coated in ash. When she awakens, coughing, discovering that once again she has been spared, she knows that she must pick back up the mantle of vengeance—except this time someone else has claimed the top spot on her list.

Because Arya too has a prophecy to fulfill: When she first met Melisandre, the Red Woman told her, “I see a darkness in you. And in that darkness, eyes staring at me: brown eyes, blue eyes, green eyes—eyes you’ll shut forever. We will meet again.” In the time between that pronouncement and the Battle of Winterfell, Arya murders brown-eyed Walder Frey in revenge for the Red Wedding. When she and Melisandre cross paths again at Winterfell, the latter reminds an astonished Arya what one says to the god of death: “Not today,” the young assassin answers, and then she goes to stab the blue-eyed Night King.

Fans long believed that Cersei, previously at the top of Arya’s list for the murder of Eddard Stark and the root of all this strife, would be Arya’s green-eyed victim. But with Cersei buried beneath rubble, it would appear that that mantle has passed to Daenerys—green-eyed both literally and (thanks to the wildfire stores) figuratively.

No doubt the television series finale of Game of Thrones will conclude A Song of Ice and Fire by pitting those two elements against each other, with Jon Snow (ice) fighting Daenerys Targaryen (fire) for the Iron Throne. But the much more compelling confrontation of fire and ice will be the two forms of female anger: all-consuming, fiery rage versus the icy knowledge of what must be done to ensure peace.