Who can resist the new edition of a favorite book? (Spoiler alert: not us.) 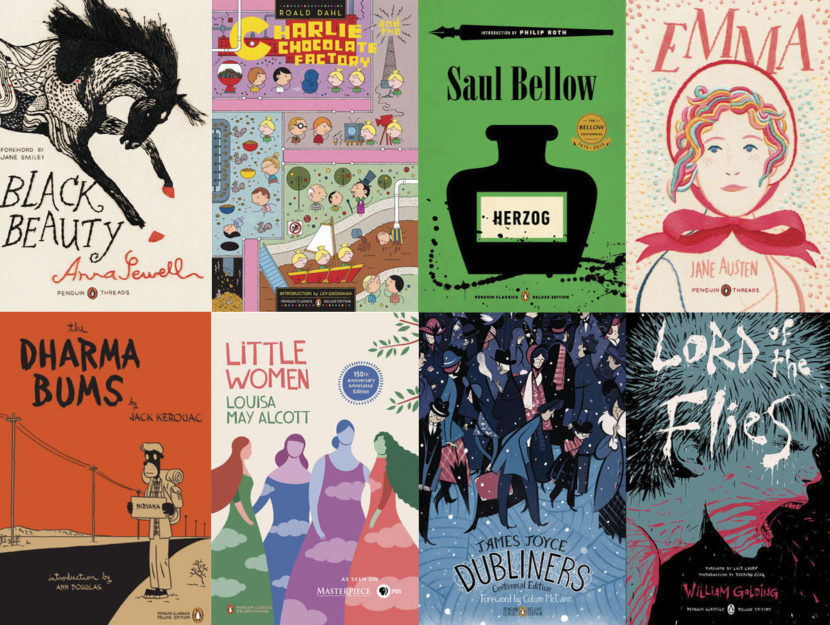 I’m such a sucker for handsome reprints of classic books that I own—no kidding—multiple copies of probably 20 or 30 books. I just love a new edition of a book I love; I can’t help it. And maybe you can’t, either. For those like me who’ll shell out 20 bucks for a new version of The Left Hand of Darkness or Regarding the Pain of Others, or for anyone who doesn’t yet own some of these fantastic and vital works of literature, this list is a guide to my seven favorite reprint series.

This one’s new, and I’m very, very excited about it. In handsome hardcovers with bold colors and simple, elegant texts, Penguin Galaxy presents six classics of science fiction, from Robert Heinlein’s A Stranger in a Strange Land to Ursula K. Le Guin’s The Left Hand of Darkness, all featuring a series introduction by Neil Gaiman. Sci-fi has come a long way in the literary canon, and it’s wonderful to see seminal works of the genre treated with such respect and adoration.

Oh, how I love these beautiful paperback Olive Editions! With a diverse, rotating catalogue featuring, for example, Roxane Gay’s Bad Feminist, Louise Erdrich’s The Round House, Mary Karr’s Lit, Richard Wright’s Black Boy, and Mary Shelley’s Frankenstein, to name only a few, Harper Perennial’s affordable series will hopefully bring a new generation of readers to some of literature’s most important and enduring books. They’re limited editions, so act quick when you find one you love!

Now, for those of you interested in some authors outside of the conventional canon, look no further than New York Review Books’ Classics, which publishes vital and often forgotten texts by some deserving names. With dozens of titles from all over the world and from all throughout history, NYRB Classics offers an education in global literature, all from one single source.

While the titles in Penguin’s Deluxe Classic series are familiar, the artwork gracing the covers are fresh, unexpected, and imaginative. Add to this those lovely French flaps (God, I adore those) and the even more divine deckled edges, Penguin’s series, like Olive Editions, can make relevant again some books that never, ever become out of date.

These tiny volumes (like, really tiny—pocket-sized, in fact) feature works by Joan Didion, Susan Sontag, Barbara Ehrenreich, and Hilary Mantel, and are so gorgeous—and the selections so impeccable—that I cannot recommend them enough. The only problem with Picador’s Modern Classics is that there isn’t dozens more of them. C’mon, Picador! Bring out some more miniature miracles!

Norton’s seminal Critical Editions may be more for the academically inclined—students, critics, educators, etc.—but there are no more definitive versions of great literature than these. Filled to the brim with contextual information, notes, references, chronologies, and brilliant essays by experts on the authors, Norton Critical Editions are a must for anyone wishing to learn more about a book than its contents.

Library of America publishes a writer’s entire oeuvre, grouping together periods of the author’s work and producing them in affordable editions featuring illuminating introductions and notes. Featuring their trademark red, white, and blue stripes and some of America’s most revered minds, LOA is an important institution with an admirable mission.