What the BookBabes are Reading

This millennial-women-run book club is changing the game. Check out some of the BookBabes' fave book club reads. 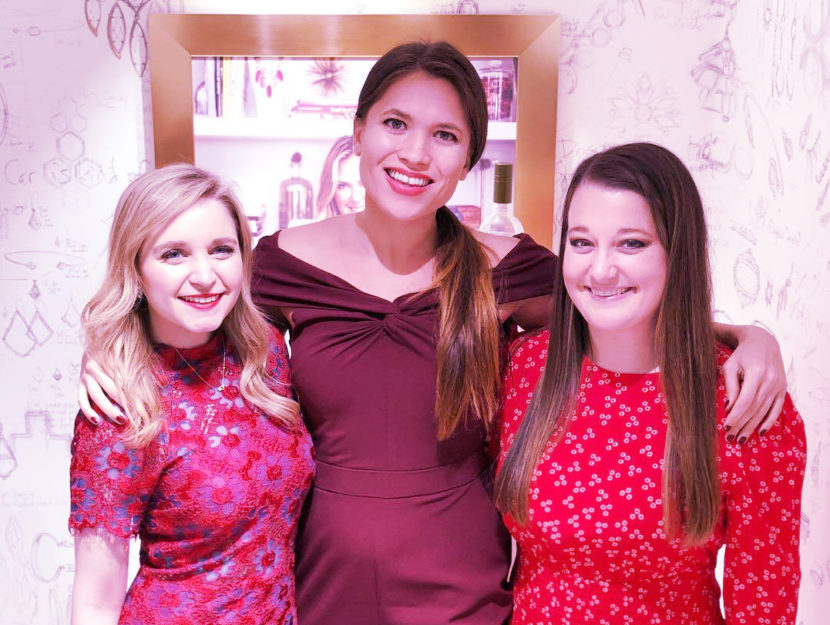 BookBabes, a New York City-based book club, was born from brand strategist and former fashion publicist Victoria Natenzon’s desire to combine her love of reading with her passion for fashion and beauty (while drinking wine, of course). She teamed up with friends Caroline Schimmenti and Stacey Stewart, and the three started hosting monthly book clubs with brands like Rent the Runway, J. Crew, Kendra Scott, Amika, Outdoor Voices, Burrow, and Uber, ensuring they always had an exciting new location that could accommodate a large, diverse group.

One of the benefits of hosting book clubs with brands is the large size of the venues, (most often a retail location) which allows BookBabes to bring together groups of 50+ members (no easy feat in New York City), ensuring there are voices from many different perspectives. Connected by a shared love for reading, the membership base consists of a diverse group of women from varied backgrounds, who represent a wide range of professional industries, including finance, law, fashion, beauty, tech, real estate, non-profits, and photography. Aside from the added dimension this variety adds to the book discussion, it also creates opportunities to seek advice (like if you work in beauty but have questions about finance), network (there have been a number of successful job referrals), and of course, many members become friends outside of BookBabes.

As a female-founded club, BookBabes’ mission is to support women authors and women’s stories. Each month, the club picks one fiction and one nonfiction read and participants choose to read one or the other. Some of the books they have read include Eleanor Oliphant is Completely Fine, Becoming, Daisy Jones and the Six, Educated, The Year of Magical Thinking, Cork Dork, Sweetbitter, and Crazy Rich Asians.

A year ago, the BookBabes couldn’t have imagined they would be hosting 3+ events a month each with 50+ attendees. Luckily, many people are just as interested in reading as the founders are but don’t want the stress of organizing and planning their own book club with friends. Victoria, Caroline, and Stacey aspire to make book clubs a fun alternative to your standard happy hour or brunch. Currently, the BookBabes founders are excited about increasing their brand partnerships to bring more new and interesting offerings to members, teaming up with Read it Forward and Random House to make sure they get insider info about the hottest new books, and—one day—expanding their events outside of New York City.

Not in New York? You can read along with them here on Instagram: @bookbabesnyc, or if you are NYC-based, check out their upcoming events here. Or, read below for some exclusive reviews of some of their most recent reads.