We asked authors to tell us about the magic of reading together. Here's what they had to say. 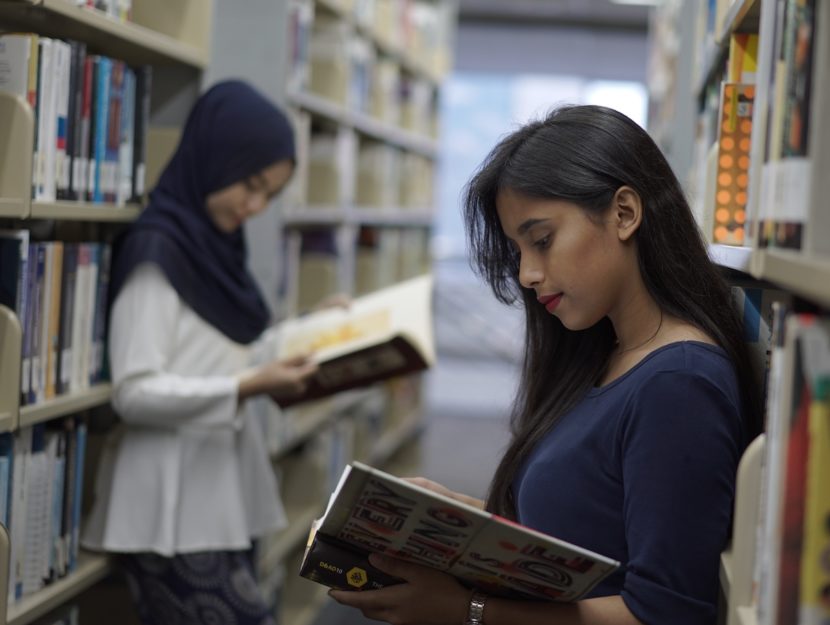 Over at Read It Forward, we’re all about sharing the magic of reading with those around us. We love talking about the books that formed us and changed us—there are so many. We have a book club of our own, and champion those who “read it forward” in their own book clubs around the world.

When thinking about the biggest supporters of books and reading, authors (of course) come to mind. They must—to some degree or another—advocate for book clubs and what they stand for. So, we gathered some great authors together and asked them a series of questions: “What is so great about discussing a book in a group? Why do you think book clubs are so popular? What kind of magic happens when a group of people discusses the plot of a book? How does it increase or enhance the readers’ enjoyment?”

Here’s what they had to say.

I’m embarrassed to say that most of my collectively group readings have been, like, in academic environments. I was kind of in a local book club for about five minutes, but everybody was also a very busy parent who worked. And, like, eventually it fizzled as these things do. But I, I mean, I aspire to actually start another one some day when I’m not about to leave on book tour. Yeah, I do really enjoy talking about books with friends. But I do more, like, one on one, I guess. I don’t know. Everyone sees something different in a book. I think one of the biggest lessons in publication for me–and it’s one of the hardest things to learn–is that you might not understand your book completely or think that you do. And think that you know it up and down and know everything about it. It takes on such a life of its own once it’s out in the world. And every individual reader will get, like, something from it probably, if you’ve done your job. But it might not necessarily be the thing that seemed most important to you. I’ve already been surprised by people who’ve told me, like, I really like your book. And this is what I keep thinking about. And I’m like, really, that? It’s great too. And so, when you’re, when you’re discussing it in a group, like, you get, you get that times like 10 or 20. And it’s really wonderful. I’ve come to, like, appreciate a lot of books more, you know, after talking with friends about them. So, yeah, I love book clubs and I’m really honored that it, like, the book is the – – book club choice. And I noticed that it’s kind of ironic that I got the podcast and she had the book club that’s associated with it. So, you know, a bunch of people are going to be reading it together this fall. And I’m so honored by that. And I will be in a chat with them. And I’m really looking forward to it. So, yeah, I mean, thank you. I would really love if it became a book club favorite. And I, for the record, will happily Skype in to anybody’s book club.

Well, I don’t belong to a book club. We live quite in an isolated area. But my husband and I like to do—we call it parallel reading. So, especially if we were away for a while, we’d get two copies of the same book and read. I read just a little faster than him but more or less. The great thing about it was the book and the characters in the novel become your gossip. That’s what you’re gossiping about that whole day.

Well, actually I just got a lovely tweet yesterday from someone who said they’d pick my book for their book club and that she really enjoyed it because it was exciting. It was fun, but also cultural. She thought it would spark great discussions about diversity and inclusion as well. I mean I think to use a cliche to have everyone on the same page to be able to discuss something common, it can be so exciting. And I think we’ve all had that experience of reading a book and wanting to hand it to your partner next to you or someone else and say, “I need you to read this immediately because I need to talk about it with you.” And I love how book clubs really create a sense of camaraderie, a reason to come together that’s not just based around going out, or eating, or drinking although all of those things are lovely things too to be a part of it as well. But I just love how novels often, especially—when I wrote the book, after I finished writing I was like, “Oh, this is about motherhood, immigration, identity.” But early readers began to say like, “Oh well I also see this novels about female friendship. It’s about women’s reproductive freedom.” And that’s sort of the beauty of a novel, how capacious it can be, how it can really resonate with readers depending on their own individual experiences, and histories, and what compels them. They’ll read it a different way. And so when you get a group together in a book club, it’s this opportunity to hear all these different interpretations, which just seems really magical.

Well, I think what it’s really getting at is one of the great things about books in general is that books connect people. So if I told you my ideal bookshelf and you see a book on it that is one that would be on yours, we feel an immediate connection around that book that we wouldn’t have otherwise. I feel like I know much more about you if you feel that’s one of your favorite books. And I think what book clubs—it’s a way for people to connect with books at the core of it, but mostly it’s about the connection and just sitting around and talking with other people about important topics really as opposed to just small talk whatever. It’s a way to get to bigger topics faster I think.

To get to the bottom of a book, you really need to throw around some ideas with friends. Someone may like one of the characters for a reason no one else has thought of, or someone else might have a whole different take on the turn of events, prompting the group to think beyond their initial views. Digging deeper into a book, you get more of a sense of what it’s really about. I love that book clubs often have such a varied and interesting bunch of people. Isn’t it wonderful to be able to dip into the worldview of an ER nurse or an interior designer or a professional violinist!

You know, my favorite thing about book clubs is so often the thing that someone else latches onto about a book is not something that I particularly paid attention to. And then it’s so great to see different perspectives and think about, “Oh, yeah. That did happen. I didn’t even think about that.” Because you know everybody comes to a book with their own biases, and backgrounds, and experiences. And so, you learn so many things about like both who these people are that you’re talking to and the perspectives of like what must have come into the book to frame this story, and I just love talking about books in that way.

Right now, I think book clubs occupy a special place in a world in which we are so divided, politically and socially.  So book clubs give us a space where we can come together instead of remaining apart.  A great book discussion makes us smarter, but it also, again, brings us together, and the book, then, becomes something more than just paper and words.  It represents humanity.