No, you can’t borrow that book, and no, I don’t want to borrow yours either. 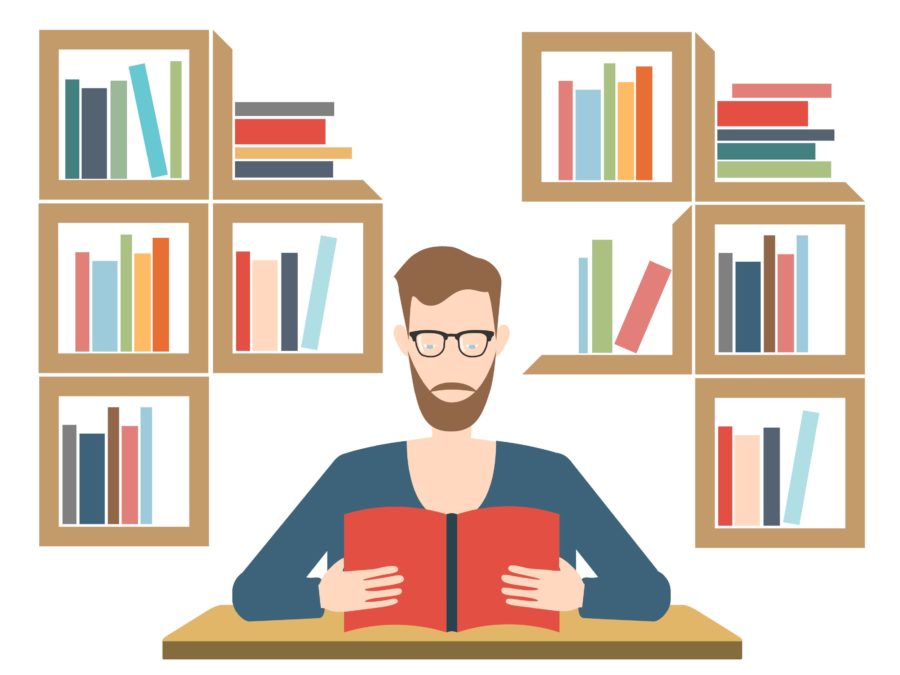 There is a certain tyranny to borrowing books.

For me, the reading of books—and not just books in the general sense but very specific ones—is a vital activity, one that, yes, stumbles and stutters and loses its way, but it is my progress nonetheless. Now, the choosing of my next read is, most of the time, a wonderfully open task, as I am able to pick from all the books I’ve yet to read, which is literally most books that have ever existed. Faced with such bewildering numbers and such endless choice, I rely wholly on my literary whim—that is, whichever author or genre or style or subject is doing it for me at that moment, that is what I ought to pursue, because the passion that results from inarticulate interest is how I will get through even the tiniest portion of literature’s outrageous multiplicity.

So when someone shoves some book into that precarious and improvised path, it disrupts the whole pattern by arbitrarily inserting a book that didn’t fit in with the tenuous chain forming from selection to selection—a chaining forming and informing its own development. If I’m, say, on a kick of Spanish-language novels by women, and a friend of mine just insists that I borrow and read a contemporary American writer, either one of two things will happen: either I will stick the book into my mercurial list and thus disrupt it irrevocably, or I will not read the book, it will sit dusty languishing on my shelf, pulsating and pounding like the tell-tale heart, reminding me that I still haven’t perused its pages, and as each chance to read the book vanishes in the fog of other literature, its condemnatory heartbeat increases in volume and annoyance, and pretty soon I might begin to avoid the friend who lent me the book, both to escape the requisite “Hey, how’d you like that book?” question that inevitably follows and to not face the capriciousness of his own literacy, of its random and incoherent trajectory, smacking, as I’m sure it must, of amateurishness and naivety, and eventually I won’t even see that friend in public anymore—or if I do I will go to absurd lengths to duck their notice—and suddenly I realize that I’ve basically chosen my own reading habits (as fickle and ultimately meaningless as they are) over friendship, and I don’t want to have to make that decision but if life has taught me anything about myself it’s that clearly I’m willing to make that choice, even if I don’t exactly think it’s the moral one, so that even though I’m aware of the inherent deleteriousness of doing so it doesn’t seem like I’ll stop, so just do me and you and everyone else a favor and don’t try to lend me your books.

And while we’re on the subject, No, you can’t borrow my books either. Why? Because you won’t return it. That’s why. Oh, what’s that? Oh, you’re really responsible? And super good at getting borrowed things back to their owners? Well, let me tell you a story, one that regularly (and woefully) recurs in my life: I will be working on an essay or a review, and some passage from a novel I’d read years before pops into my head, a perfect addendum to the piece, but when I go to my shelves to search among more than a thousand volumes, the book in question is missing. Missing? No, I know I own that book. It was a mass-market paperback with crinkled edges; or a hardcover purchased the first day of publication; or a reissue replete with critical commentary—whatever it is, I know I have it! Or I had it because now it is gone forever. And maybe in my mind, a vague memory will register, of reluctantly allowing a friend or a girlfriend take the book from its home and into the vast wilderness of other lives. Whomever I’d lent it to (though I should basically stop using the words “lend” or “borrow” since the final result, invariably, is an act of giving), it would have been someone I knew very well, someone I saw on a regular basis (which, because I’m sort of a homebody, means someone who frequented my house and thus would have had ample opportunity to return the book), and still those books never found their way back to me.

Now maybe you’re sitting there thinking that I’m taking all this a little too sensitively, that probably my best course is to accept the loss of a handful of books as the necessary flotsam and jetsam of a life lived with friends and acquaintances around to borrow my books in the first place. To this, I have a few responses. First, of course, I don’t persist in harboring resentment or annoyance for the person I’d lent the books to—that part of it dissipated long ago. Secondly, this isn’t merely a “handful” of titles; it’s probably more like a hundred. And third and last: I’m broke now and have been broke for many years, so buying replacement copies becomes not only financially untenable but also aesthetically, by which I mean that it’s very difficult to spend what little money I have purchasing books I’ve already read just so I can find a particular section to quote for an essay.

And if you’re thinking that I should take advantage of a library, I’m forced to admit that I don’t like libraries. Not at all. To begin with, one of my grand ambitions is to own a personal library, which means that an institution organized around lending you books as opposed to selling you books winds up feeling like a literary tease to me. Moreover, the point, ultimately, of owning a large collection is capricious access, whenever I want, however I want—none of this “bring it back in six weeks” b.s., and no risk of suffering the wrath of the library police (I still imagine the great Philip Baker Hall’s no-nonsense library cop in “Seinfeld”). Recall the arbitrary nature of my reading progress—e.g., the sudden shifts in interest, the stumbles, the revelations, the improvisation of the entire enterprise—so a library with its due dates and late fees isn’t exactly simpatico with my messy path. To put it another way, I don’t like libraries because I’m jealous of them.

All of which means that the borrowing of books—both lending out to others and accepting loaners from others—is not a tradition in which I take part. The books I own are more than simply objects of past accomplishment, nor are they records of previous enjoyment. They aren’t trophies of intellect or imposing intimidation tactics. They are, more than anything, the history of my development as a human being and my support for my future growth as a writer. I need them around like a memoirist needs memory or a painter canvases—my books are the foundation on which I build my art, and though the groundwork is shaky, built as it was with spirited indiscrimination and extemporaneity, it is also mine, designed and erected by my own shortcomings and limited perspective. And I can’t go back and rebuild it, nor do I want to, just as I can’t amend my past choices or erase parts of myself—the one thing I can do is protect the structure of my identity, each and every brick, because unlike real buildings in real life, each brick is load-bearing, and when one is missing, even for a short time, it can all come crashing down.