7 Weird Things I Do With Books

Bet you do them, too.

By Ben Kassoy • 5 years ago 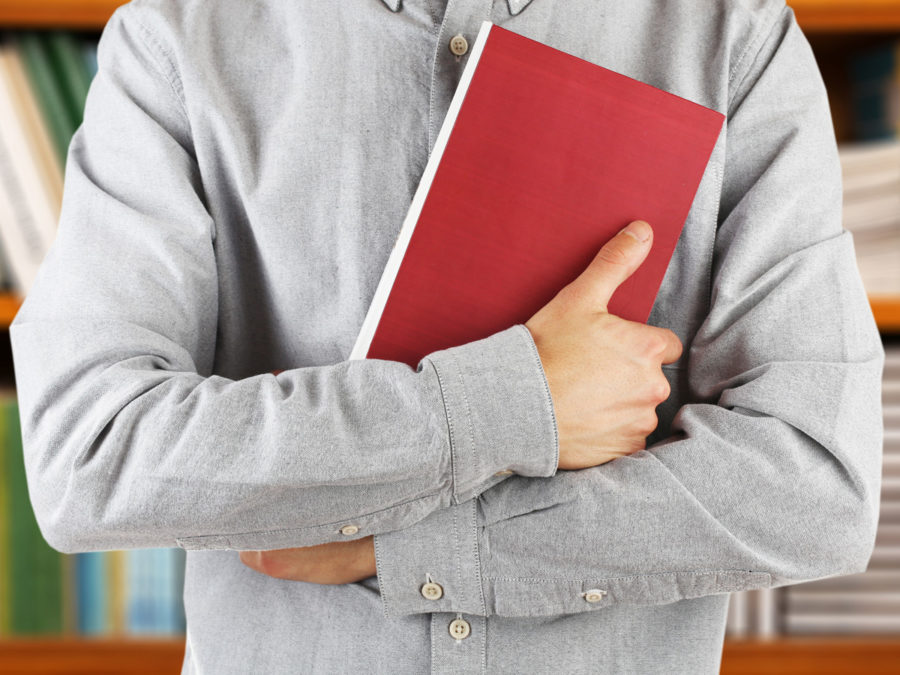 I’m on the train, reading Life of Pi, repeating the protagonist’s name in my head.

A few pages later, the wheels are still turning.

“Richard Parker,” I think, invoking the Bengal tiger that’s stranded with Pi on a boat in the Pacific. “That’s what I’ll name my cat. I’ll have a son named Pi and a cat named Richard Parker. I’ll dress them up and put them in a bathtub together and recreate the entire novel.”

Maybe I’m the only one who’d consider exploiting my child and my pet for the sake of some literary cosplay. But I think that all bibliophiles go to great lengths incorporating books into our lives. That’s because books are central to our identities and to our relationships. Books help make us who we are—which, at times, is idiosyncratic, obsessive, or just plain weird. I’ll prove it to you: Here are seven strange things only a lit-lover would do, you and I likely included.

1. Fantasize about a bookstore meet-cute.

Does the fact that it’s such a cliché notion and such a common trope in rom-coms (Notting Hill, When Harry Met Sally, etc.) make the fantasy cheesier…or likelier to actually happen? I’ll admit to sampling titles in The Strand, peering intently, almost seductively, above the pages, hoping to lock eyes with another browser. I’ve spent a little extra time lingering in the essays section, in the off-chance a star-crossed David Foster Wallace fan meanders through. I’ve even sent a longing gaze—like Cupid’s arrow—towards a salesperson as she files books on a high shelf, her step-ladder a convenient metaphor for the figurative pedestal on which I’ve placed her.

That unmistakable tickle creeps into your nose. It’s partially out of courtesy, partially in the name of hygiene and, let’s be honest, mostly an act of pure reflex that you lift your book to mask your face, one involuntary reaction responding to another. Good news is, a novel is more effective than a hand or a sleeve, and its pages won’t mind a light mist of saliva or even a torrent of snot—at least not as much as your fellow commuters will. By reading on the train or the plane, whether in cold season or allergy season (which I think cover all the seasons?), you’re serving as a responsible citizen. Of Mice and Men might be tiny, but it’s the first line of defense in the battle for public health.

3. Use strange items as a bookmark.

I’m a purist in this regard, which means each book is paired with a bookmark displaying the name of the bookstore from which it was purchased. I collect these bookmarks like passport stamps or ski lift tickets; you know just how many times I’ve patronized McNally Jackson or Book Book or Spoonbill & Sugartown. Other readers, meanwhile, scavenge and repurpose random items as bookmarks, either out of resourcefulness or deference. In one reddit thread on the subject, users mention everything from receipts to playing cards to airline tickets to junk mail. One user admits, “I once put my dogs foot [sic] on my page because he was sitting next to me.” An entirely separate reddit thread contained this gem of an exchange:

harleyroyaltea: “Oh, how emotionally scarring that must have been!”

vintagedgirl: “I know, I would hate to think my sister was reading such shoddy literature.”

For those looking to manufacture the aforementioned bookstore meet-cute, this is the event for you. The invitation described “A night of speed dating for those who’d rather be judged by their book cover” and asked us to “bring a book to break the ice and meet other readers.” I arrived at Housing Works bookstore feeling hopeful and toting Bill Bryson’s The Life and Times of the Thunderbolt Kid. I had a pleasant time but didn’t make any serious connections, which was kind of disappointing. Then again, if I were a woman, maybe I would’ve been a little disappointed, too. I mean, I’m reasonably attractive, but not if they were expecting some real-life version of Hot Dudes Reading.

Forget Dewey Decimal or genre or author names; these organization criteria are for public use. What you do in the privacy of your home is your business, and that extends to the arranging of your books. Seeing as you’re the curator and consumer of your personal library, maybe you shelve them in chronological order, starting with what you read first. Or maybe you, as one of my friends does, order your books from favorites to “meh.” I was inspired by another friend to stack mine by the color of their binding. My collection sits in monochrome columns that create a lovely aesthetic and serves as a substitute for, you know, actual décor. Even books I regret buying do their part by actively contributing to the tableau. Thanks, M Train!

I imagine most people experience this sensation with songs: the one that reminds you of your first love or of camp or of college. For me, it also happens with books: I spot Stephen King’s On Writing on the shelf, and I’m transported back to summertime. Bronx Zoo. On a bench. Outside the reptile house. I’m reading about King’s near-fatal car accident, and thinking of his survival and recovery, and of mine, emotionally speaking, in the wake of a friend’s death. It’s similarly vivid with Lolita: I’m in Paris, having just fled London; I’d traveled 4,200 miles only to immediately break up with my then-girlfriend and find myself on the street. There are happier associations, too, like the joyous nostalgia surrounding a read-aloud of Mike Mulligan and His Steam Shovel at my hometown’s local public library. I recently happened upon my two favorite books from elementary school, The Phantom Tollbooth and The Westing Game. I bought them both. I can’t hang on to the innocence and discovery and exhilaration of those formative years, but those two titles bring me a tiny bit closer.

7. Wonder what others would think of you, solely based on your book collection.

I often envision some literary version of Room Raiders, where a nosy stranger trespasses into my empty apartment and sizes me up by snooping around my little home library. First, she’d see The Most of Nora Ephron and think I’m a 48-year-old Meg Ryan junkie. Then she would spy Screening Sex, an exploration of erotic film, and imagine I’m an X-rated cinefile. After that, she’d discover 10 copies of my own co-authored series of books (No Way!, written with Michael J. Rosen), which would prove me both a hoarder and a narcissist. Put them all together, and this woman would assume I’m a soccer mom by day and a porn-aficionado-slash-children’s-book-author by night. Actually, that’s pretty close.