13 Reasons why Serials are Better than Books

By MOLLY BARTON • 3 years ago 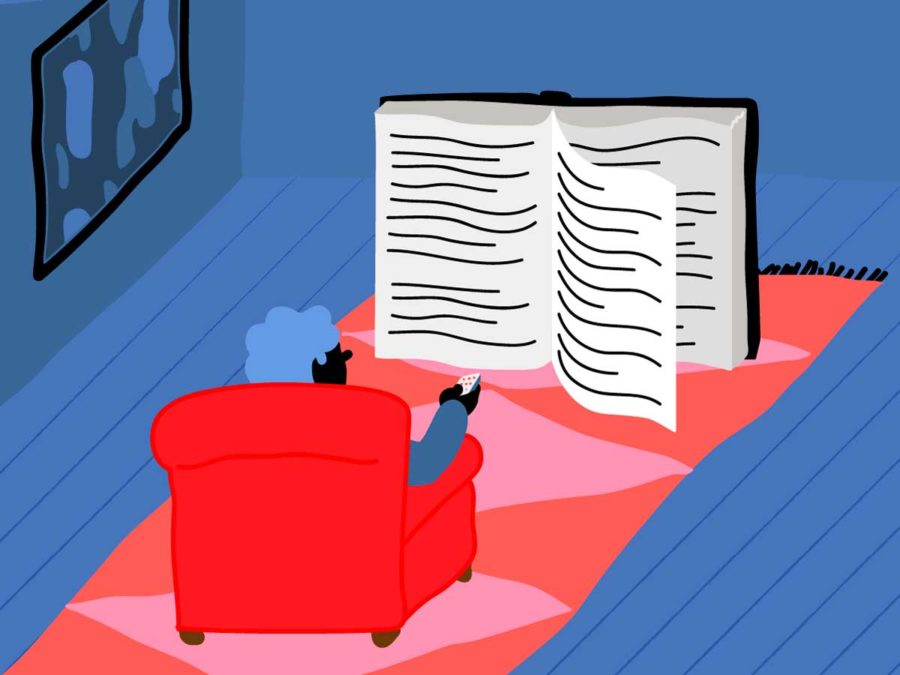 Molly Barton loves books. She also loves TV. Since so much must-see-TV these days is being taken from books (see The Handmaid’s Tale, Game of Thrones, Big Little Lies, 13 Reasons Why, American Gods…), she thought “what if we make books more like TV?” Inspired by the Netflix and HBO lineups, she co-founded Serial Box, a website and iOS app that produces original fiction that reads like watching a TV show. Serials are written by a writers room, and released in seasons of 13 episodes, just like a TV show. Weekly episodes pack a punch with only a 40-minute read-time or 60+-minute listen-time. The app even allows you to toggle back and forth between reading or listening.

One series the Read it Forward editors are addicted to?: Geek Actually. Geek Actually is a sexy, geeky contemporary women’s fiction series that follows the lives of five diverse, nerdy women as they navigate work, love, life, and the internet. For fans who love both Sex and the City as well as Star Wars, for anyone who knows that sci-fi can be sultry and that “gamer” is not gender-specific. We promise this serial will turn you on, rile you up, and leave you with five new friends. Get a preview here.

Below, co-founder Molly Barton tells readers 13 reasons why (pun intended!) reading or listening to a brand-new series in serial format might be just the thing to binge.

You all know the feeling—you climb into bed at the end of a long day and the book(s) you’ve been meaning to read are sitting there staring accusingly at you, unread, unloved. But somehow with your job and everything else going on in your life, you are managing to make time for your favorite hour-long tv shows (ahem, GoT) but not your to-read pile. Unlike a novel, the beauty of fiction serials is that every week a new episode is delivered to you and it takes just 40 minutes to read or about an hour to listen.

Reading a serial your friends are also reading is like an ongoing book club without the annoying pressure to figure out who is going to host or whether to do a bar and how to split the bill. You can just pick a serial, figure out which of your friends are reading and then chat about last week’s episode in the course of your normal schedule. You can even gift a serial to a friend!

I often think to myself, okay I am pressed for time but I want to read something really good during my commute or listen to something entertaining on my run. Podcasts are great but I also need a healthy dose of fiction to take my mind off the day to day. I find short stories frustrating—just when I’ve gotten into the voice of the writer and am rooting for the characters, it’s over. Serial episodes provide a fully developed, satisfying story but are part of a larger story arc that’s unfolding over the course of seasons so I know there’s more story left for the next run.

I know George R. R. Martin is having a grand time working on the show but everyone is dying to read his next book. Single authored works can take a loooong time to come out. Serial Box has developed a highly unique team writing process built on my Penguin Random House editorial experience (with authors like Meg Rosoff, Nick Hornby, Anya Ulinich, Terry McMillan), my co-founder’s theatre and gaming experience, and our work with TV writers. It doesn’t hurt that my husband is a TV producer—he has helped us refine the process, and so have the 50+ writers we work with. We have figured out how to move quickly and maintain an extremely high quality of storytelling. We can bring out second and third seasons of our serials in 6-8 months.

Much of the reason why I love shows like Orange is the New Black (also Scandal and Suits) is because I love spending time with the main characters every week—it’s just a pleasure to see what they’re up to. That is definitely the case in our newest series Geek Actually, which is sort of like Sex and the City but with nerdy diverse women who aren’t all straight and who are friends online rather than in fancy cocktail bars. i09 called it “an ode to a generation of women who’ve figured out that they are not alone.”

I’ve definitely had the experience where I’ve sampled a couple of pages from Amazon, thought that I liked it, bought it, and then found it went in a direction I really wasn’t into. Serial Box gives fans free access (ebook and audio) to the full first episode of every series so you get almost an hour of content free before deciding if you want to subscribe and pay $1.59 for the next episode. (If you are 100% sure you’re into it, you can upgrade to a season pass which gets you a discount.) Try our free pilot episodes and let us know what you think!

I’ll never forget how excited I was when I realized that the writers on the TV show Fringe were incorporating fan references into the show. Earlier this summer when Serial Box first launched the pilot episode of Geek Actually (called ‘WTF’ and written by lead writer Cathy Yardley) we held back the last few episodes of Season 1 before putting them through copy editing and audio recording because we wanted to see reader and listener reactions before we locked in the full season. Vocal fans on Twitter, Facebook, Instagram or on our blog can influence the stories—we bring dozens of pages of reader comments into our writers’ rooms when we meet to work on new episodes.

If you’re a big reader and you commute on public transit, chances are you’ve had the heart-sinking moment when you get on the bus or train and realize there aren’t any seats left so it’s going to be tricky to pull out your book. Serial Box makes every series available in both e and audio, and our app makes it really easy to switch over to listening without losing your place, so you can keep right on going even when you have to strap-hang.

To quote the awesome Shonda Rhimes, we are working to ‘normalize’ publishing in terms of characters on the page and writers at the keyboard. While it’s not something we go around touting all the time, we are glad to see that fans and the press appreciate this focus—according to Autostraddle, Tremontaine is “not just an entertaining series; it’s an incisive cultural critique…. And it hurdles the Bechdel Test like a balance beam on a preschool playground.” And Den of Geek said, “the diversity of the [Geek Actually] cast is both wonderful and unsurprising given the writing team behind this serial.”

Team writing draws off of every writers’ strengths and lets them challenge each other to bring readers the best story possible. I would argue that team written serials are more entertaining than novels written by a single person alone because of the challenging and refining that goes on in the writers’ room, and because of the strong focus on the reader/listener’s experience while the story is being crafted. Nearly every time we’ve convened a writers’ room for an in-person story summit, at some point during our long days together one of the writers exclaims “this process is like magic! It would’ve taken me 3 months to figure out that was a bad idea and we just solved it in 10 minutes of discussion!”

What do The Three Musketeers, Anna Karenina, and The Pickwick Papers have in common? Ding ding ding, they were all originally published in serial form in magazines or newspapers prior to being released in physical book form. The serial format is nothing new, we’ve just adapted it for the Netflix smartphone age and added audio.

What I love most about HBO is that I know I will get high-quality story telling no matter the genre—everything from Game of Thrones to Big Little Lies is great. On Serial Box we bring readers & listeners science fiction, fantasy, thrillers, mysteries, historicals, women’s fiction… Our audience is half men and half women primarily in their 20s, 30s, and 40s and we see nearly 70% of fans reading/listening to episodes in more than one series.

Before heading to the (divine) land of no wifi, I was queueing content on my phone for vacation reading and listening, which I usually find stressful, but not this year – season 3 of Bookburners launched in July, so I’m all set for at least 9 more weeks of reading. To me, knowing I’ve got a series going that I enjoy is the ultimate in relaxation. 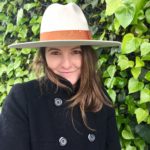 MOLLY BARTON is the cofounder of Serial Box. Previously, Molly was the Head of Digital at Penguin Random House where she led the global eBook business, digital product innovation and content strategy. She previously founded Book Country, the writer collaboration and self-publishing platform.  She earned her B.A. from Wesleyan University, where she has also served as a faculty member in the Writing Programs. Molly has spoken on the future of media and publishing in over a dozen countries and at Harvard, Yale, NYU & Columbia.