How Writing a Brave Heroine Made Me a Braver Woman

The author of The Burial Society reflects on power posing with her protagonist.

By NINA SADOWSKY • 3 years ago 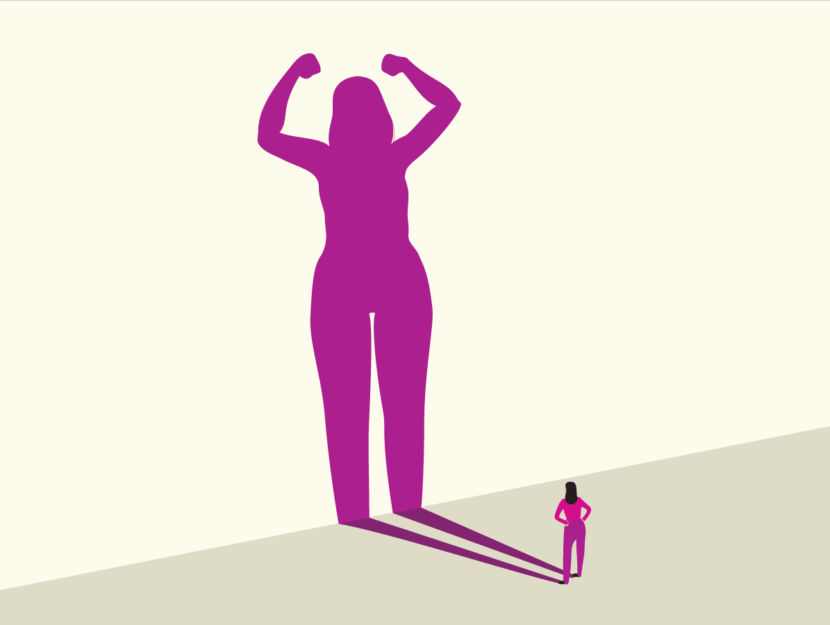 “Moxie” is an old-fashioned word, but one that I’ve embraced. I like to think I possess it. Defined by Merriam-Webster as “energy, pep, courage, determination and know-how,” moxie carried me through relocating across the country and into a career in the wild and wooly entertainment business.

I’ve spent a lifetime mustering my moxie, hurling myself into frightening professional opportunities and personal challenges (including helicopters and karaoke). I’ve also choked more often than I would like. Whether I was negotiating a salary, navigating a tricky political situation, or being treated with out-and-out disrespect by a colleague or a friend, the need to “be a team player,” “not cause any waves”—and even deeper and older still—the imperative to “be nice,” muffled my voice.

The 1970s relic of a book Hardball for Women (now in its third edition) nestles on a shelf in my office alongside other titles about feminism, ranging from the first wave until now. I recently skimmed through the book, finding that some of its observations, even decades and a few feminist waves later, hold shockingly true. For example: boys learn that success in a game means winning, while girls learn that success means everyone has a good time playing. The burden of that! No wonder women are so exhausted and often hesitant to fight for their own wins.

My professional path only embedded these gendered principals deeper in my psyche. Both as an entertainment lawyer and a producer, it was part of my job to keep things together and make everybody else happy. I often tell people that producing requires mastering the art of “positive manipulation”—in other words, getting everyone on the team to do what needs to be done and feel good about doing so. For the good of the production, the producer often needs to sacrifice her ego in order to achieve this. Through my career, I learned to silence mine. But doing so comes with a price.

When I shifted gears into screenwriting and became the “creative” voice in the process, I had to consciously work to unlearn some of my habits of compromise and consolidation. I had to fight against my own impulse to try to make everybody happy and recognize that not only could I defend my creative choices, I should defend them. That didn’t mean I ceased to listen to others. In fact, I listened harder. Parsed the meanings behind others’ notes, learned to address them while holding on to my vision. And something fascinating, though not really all that surprising happened: my work got better.

When I set out to create Catherine, the heroine of my new novel, The Burial Society, I had to again summon my moxie. I wanted her to be a modern-day Robin Hood, bilking the rich to help the disenfranchised and endangered. I wanted her to be driven by regret and the need for redemption, an imperfect heroine, battling her darkest demons by trying to bring light to others. I also wanted to create a character who knew things I didn’t (how to navigate the dark web, rustle up fake passports, and live off the grid, just for starters).

While researching skills for Catherine, I fell into intoxicating rabbit holes. Then, I had to figure out the ways and places in which Catherine had acquired her unique set of skills. I wrote her biography, matching sections of her life to the skills I wanted her to have in order to make the puzzle pieces fit. As I charted her rocky start in this world, I imagined the ways in which she would form both layers of defenses and methods of attack. I had to craft a methodology for Catherine, and with every tutor, mentor, and teacher she found, I had to create a relationship that influenced her, for better or for worse. I also had to envision the ways in which she would find connection, fulfilling her basic human desire for affection and affinity. Left alone in the world at a young age, she ultimately took up her dangerous and frequently thankless profession. As she matured, I marked her triumphs and failures, losses and wins. I cried with her when she cried herself to sleep. I nursed her injuries. I startled awake with her in the middle of haunting nightmares. Catherine blossomed for me, came alive in a way that I can only describe as joyous.

By the end of my pre-writing process, I knew all of Catherine’s wounds and struggles, her hard shell and her soft underbelly. I ached for her confusion and her pain, applauded her determination and fearlessness. And I began writing the novel.

Something else happened in the writing—also fascinating, though again maybe not all that surprising: I got braver. It was subtle at first, but I found myself sticking to my guns with more confidence. Once I found myself speaking up, I couldn’t stop. I didn’t become a bully or a blowhard, I didn’t yell or stamp my foot. I just spoke my mind. I learned that I could tell someone they had disappointed me and work through it, rather than nursing the grudge. I stopped apologizing so much. I argued for my ideas and for my best interests and settled less. I found my bravery manifested in difficult conversations with my husband, in disciplining my teen son, in creative discussions with producers and executives, and in a new willingness to calmly call out the little things, rather than wait until they accumulated into a bigger rage.

I felt stronger in my writing too, more confident in my decisions. I wrote 75 pages detailing Catherine’s backstory as part of my first draft, breathing even more life into my character sketches. And so we supported each other in a cycle, Catherine and I—her choices in the novel fueled by my increasingly braver voice, her courage in a fictive life encouraging my real actions.

Ironically, my editor thought we could better intrigue readers by leaving most of Catherine’s story untold, seeded but not sown until future books. All the building blocks of Catherine’s character, however, exist in a file, known only to me, strengthening me every day. 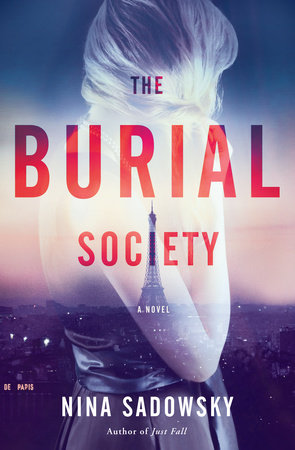 Buy The Book
NINA SADOWSKY has written numerous original screenplays and adaptations for such companies as The Walt Disney Company, Working Title Films, and Lifetime Television. She was president of Meg Ryan’s Prufrock Pictures, executive producer of The Wedding Planner, and has produced numerous other films. Sadowsky is currently an adjunct professor at the USC School of Cinematic Arts, teaching both script development and producing.

NINA SADOWSKY has written numerous original screenplays and adaptations for such companies as The Walt Disney Company, Working Title Films, and Lifetime Television. She was president of Meg Ryan’s Prufrock Pictures, executive producer of The Wedding Planner, and has produced numerous other films. Sadowsky is currently an adjunct professor at the USC School of Cinematic Arts, teaching both script development and producing.