Kate Winkler Dawson, author of Death in the Air, on remembering the victims of a London serial killer.

By KATE WINKLER DAWSON • 4 years ago 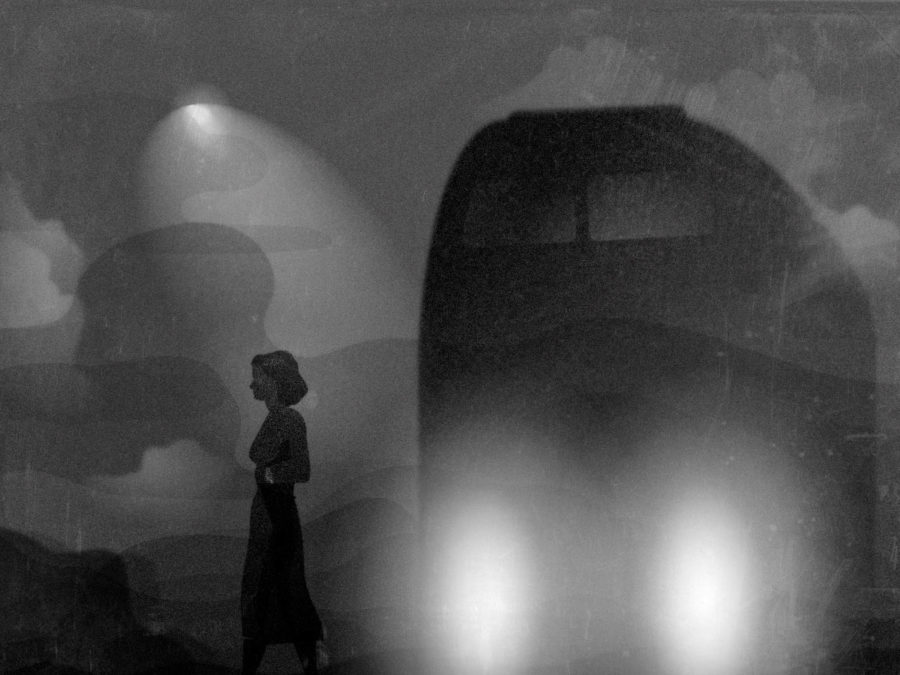 I don’t frighten easily. Sure, if one of my 7-year-old twin daughters ambushes me from behind our couch, I might flinch. (And then yell.) But I find dark and stormy nights relaxing. Even in my most imaginative moments, I don’t fathom that flickering lights are caused by ghouls, ready to pounce. A missing knife is probably just in the dishwasher, I figure.

My immunity to fear came in handy when I was researching Death in the Air, my debut nonfiction book about a serial killer caught in a sinister and deadly fog in 1950s London. The book’s details are certainly chilling: in 1952, a fog fueled by cheap coal in post-war London strangled the city, killing twelve thousand people. Its victims gasped in their beds as they choked to death. Their hearts stopped. Undertakers in the city ran out of caskets.

Trapped in the fog was serial killer John Reginald Christie, a quiet, unassuming man who poisoned women with coal gas and then strangled them. He buried his victims beneath his garden, within the walls of his flat, and under his parlor’s floorboards.

Christie and the fog were both violent murderers, so their case files were filled with explicit, graphic medical reports. During one research trip to London, I’d spent more than a week sitting in one of the many reading rooms of the National Archives in Kew, a suburb of London, poring over pathology reports, witness statements, and government memos from both cases. The descriptions were gruesome—they detailed the hues of lungs, the weights of hearts, and the conclusions of rape kits. None of it bothered me. The pathologist for Christie’s victims described the injuries in detail, including the depth of the grooves made around their necks by a pair of pantyhose. Day after day, I flipped through thousands of documents, frantically snapping photos for future sifting. I was thrilled there were so many documents, never published before.

The appalling stories, the cold medical reports, the alarmist news headlines from old newspapers—these gory and unsettling details never wormed their way into my psyche or haunted me as they would most people.

But something else did.

It was the last day of my research trip. I returned my final box of documents to the reference desk, gathered myself, and made my way to the National Archives Image Library, the floor where millions of historical photos are preserved. I had pre-ordered the boxes I needed—they sat there waiting for me. As soon as I spotted the labels, I braced myself.

“Warning: These Photographs May Cause Distress.” This, I learned, was polite, British-speak for “Oh $%#@, get ready.” 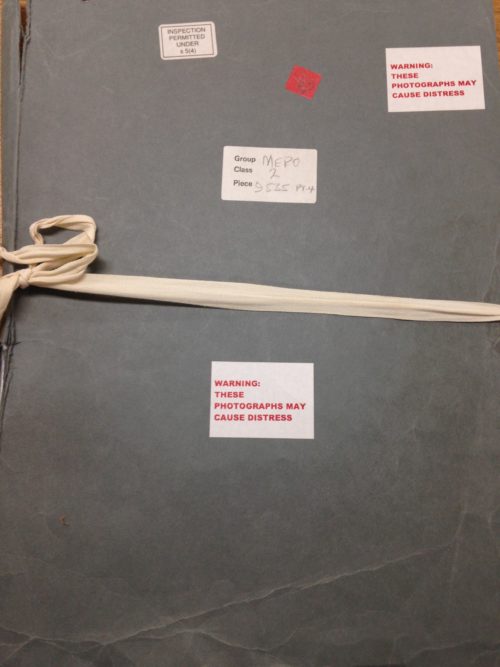 In those boxes were the crime scene pictures from Christie’s case, preserved dutifully by London’s Metropolitan Police in 1953. I had to look at them, for the integrity of my book. I took a breath, untied the white bow, gently flipped open the lid, and stared down. The first black-and-white photo was of a partially nude woman, her back toward me. She was upside down, her head hidden, and she was slumped inside a crumbling coal cupboard. I clicked my camera and slid the picture to the side. The next photo showed the decomposing body of an infant girl, another suspected victim. Her corpse was so degraded that I could hardly tell it was human. There was another photo of a mummified body, the remains of Christie’s wife, Ethel, whom he buried under the floorboards. Each picture was more disgusting than the last. They were all women, their faces dark and caved in from a month of seclusion inside that frigid coal cupboard.

I had read so much about each of Christie’s victims—stared at pictures taken when they were still alive—that I felt I knew each of them. They seemed happy in those pictures…or at least alive. Those photos had encouraged me to build a narrative around their families, so readers might care about their lives.

But that day in the image archives, I could only focus on their deaths.

I spent an hour thumbing through the pathology photos, and by the end, I was incredibly sad. I wasn’t disgusted or even angry; I just felt so sorry for these women. And I was offended on their behalf. They had been laid out on a pathologist’s table and documented, like a child’s science experiment. They were sliced open and probed. Officers ogled them and then photographed them. It was incredibly undignified. And none of them deserved to be viewed by a stranger, visiting an archive more than 60 years later. The most disturbing part of my research was documenting those pictures.

I gained further respect for John Reginald Christie’s victims that day, and even more disgust for their killer. Those photos reminded me of how important it would be to humanize the women in my book. Often, victims in crime tales are relegated to names on gravestones or brief mentions in a police report. Writers use them as a plot device to keep the narrative moving. The story of a killer’s victims might spark outrage, another tool to shine a light on the dark corners of human depravity. But the serial killer needn’t always be the star—a bit of humanity is lost whenever someone is murdered. Most true crime books allow the victims to slip away, the details of their lives vanishing thanks to the horror of their deaths.

Now that is truly frightening. 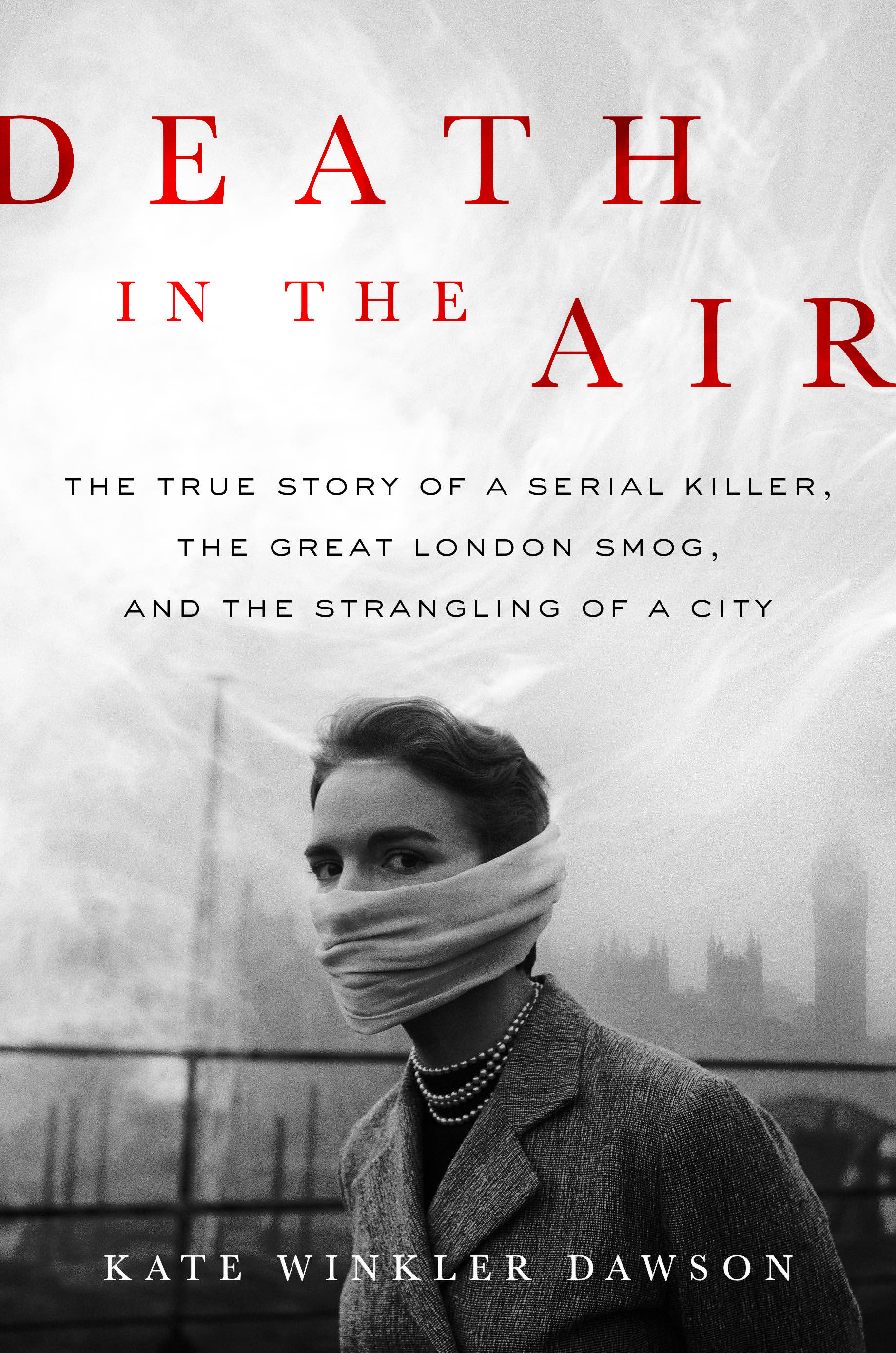 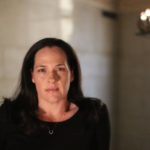 KATE WINKLER DAWSON is a seasoned documentary producer whose work has appeared in The New York Times, WCBS News and ABC News Radio, Fox News Channel, United Press International, PBS NewsHour, and Nightline. She teaches journalism at The University of Texas at Austin.

KATE WINKLER DAWSON is a seasoned documentary producer whose work has appeared in The New York Times, WCBS News and ABC News Radio, Fox News Channel, United Press International, PBS NewsHour, and Nightline. She teaches journalism at The University of Texas at Austin.