The Allure of Older Protagonists

There is always still room for revision, expansion, and squeezing out even more meaning.

By DANIEL HORNSBY • 7 months ago 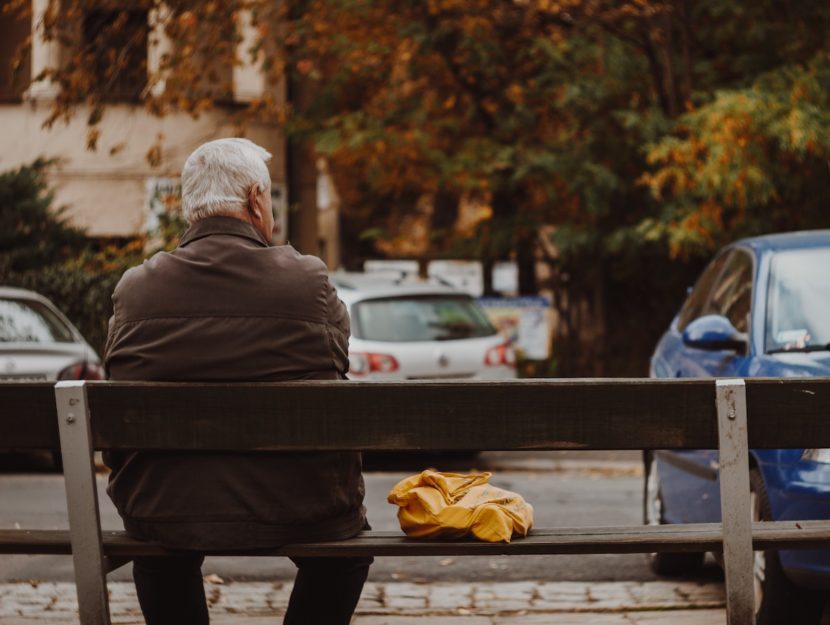 When she was about 30, Julian of Norwich got sick and saw God. For about a week she lay in bed, beholding Christ in gory, color-changing agony (“all his blessed face covered at one point in dry blood”), several heavens, and the cosmos contained in a walnut. Not long afterwards—from what historians can tell, as this was 600 years ago—she wrote what’s called “The Short Text,” a brief account of these visions. Twenty or thirty years later, she lived as an anchoress, a woman who voluntarily encloses in a cell affixed to a church, in this case, St. Julian’s, whose name, in keeping with the custom, she adopted. It was then that she wrote “The Long Text,” an expanded theological exploration of her visions half a lifetime before that itself took another couple decades to revise. The two were later published together as Revelations of Divine Love, which remains the earliest surviving book we have in English written by a woman.

We know very little about Julian’s life. What was her name before she dedicated herself to St. Julian’s? Was she an anchoress when she had her visions? But even with only this scant biographical trivia, there’s something moving about Julian’s return to her mystical experience decades later (a very cold take, even by medieval standards). In “The Long Text,” Julian describes the gradual revelation that followed the sudden one:

And from the time that it came to me, I often desired to know what our Lord’s meaning was. After fifteen years or more, I received an answer, saying to me: ‘What, would you like to know the Lord’s meaning in this thing? Know it well, love was his meaning.’

Our narratives shift over the course of our lives, with stories gently warping or dislodging one another. It takes time to make sense of the brilliant mess of any life, and it’s clear that while a glamourous vision might happen in a woozy, trippy week, the revelation that follows could take the rest of your mundane life to make sense of.

At the end of my novel, Via Negativa, my priest narrator likens himself to Julian and her fellow anchorites. His enclosure is, he admits, a metaphorical one; he’s dedicated his life to the Catholic Church, only to see it betray him and perpetuate the sexual abuse of children. He spends much of the novel reckoning with his silent complicity with evil as he drives to Montana to confront a rapist priest on a kind of unhinged pilgrimage. (There’s also a wounded coyote, a gun, and a “hole-to-hell” roadside attraction.) Julian’s “long text” was a guiding star as I thought about how to write compassionately and convincingly from the perspective of a character forty years my senior.

Writing a novel is solving problems you yourself created–you’re like a character in an undergraduate screenplay, the detective who is also the killer. Writing from the point of view of someone older than me—while definitely not as challenging as, say, Ursula K. Le Guinning an entire society or planet into existence—still had its particular challenges and potential pitfalls. To help me, I had a lot of very good models, ranking among the best novels of the past thirty years or so, namely Ishiguro’s The Remains of the Day and Robinson’s Gilead. Both of these novels’ older narrators spend a lot of time reexamining the institutions they’ve wed their lives to. The narrator of The Remains of the Day, the butler Stevens, is in denial about his complicity with his boss’ fascist sympathies, forcing us to see over his head to put the story together and understand Stevens’ feelings through a layer of dramatic irony. In a draft much later in the process that I’d like to admit, I realized my narrator, who is obsessed with the mystical theological tradition of the via negativa, translated as “the negative way” or “road of denial,” which doesn’t attempt to define God and emphasizes imageless prayer, might also use this negative way to deny his deepest relationships and pain. There could be a kind of theological justification to the dramatic irony Ishiguro has perfected throughout his stupidly awesome career: my narrator would use his spiritual detachment and aversion to language to dodge responsibility for his complicit silence, and readers would be able to see his pain when he himself couldn’t.

There were a couple clichés I wanted to avoid. Most of these are bundled into what my wife and her MFA buddies derided as the “old bones” story—a label for any story from a solitary old person’s perspective that has them intoning ruefully about their creaky “old bones.” (Other tropes folded into this particularly obnoxious genre: the grief of widow(er)hood, complaints about kids texting, a shallow racial epiphany.) For this reason, I avoided any mention of Fr. Dan’s aches and pains until a fairly late draft, when a friend, who’d lived out of their car for a significant chunk of their twenties, mentioned that anyone—whether they’re 22 or 70—would be sore from even just one night sleeping in their car. I also wanted my older narrator to have picked up some views, skills, and pop culture detritus from the decades between his adolescence and the narrative moment. He became a Prince fan in the eighties, traveled to Israel in the nineties, went to grad school about a decade later. Calling him “Dan” helped with this; if I pretended Dan was me, just transposed a little in time, I could talk through him more easily without getting tripped up on the four decades between us. (The name, a device at first, stuck, as about one out of four American priests of his generation is named Father Dan.)

Still, I wanted Dan’s past to be more than settled backstory. As I started layering in more of Dan’s history, it was clear I needed a stronger shape to guide me. I wanted a structure that would help me work with time and memory, and I kept thinking about Virginia Woolf’s spatial imagining of To the Lighthouse. She described it as three sections shaped like an “H”: the first section which follows a single day at summer home in the Hebrides, is the H’s left column, and “Time Passes” (which spans ten years) is the lateral hallway that connects that first pillar to the second, another compressed day on the same island. I realized my book had the seed of its own structure in one of its chapters: a labyrinth—not the kind made by Daedulus or David Bowie, but the contemporary walking maze used for contemplation. I was able to picture the events of Dan’s life—his time in the minor seminary where was his friend was abused, his reuniting with the same friend years later, as a parish priest—as cardinal points outside a snail-shell spiral. As Dan walked the spiral, he’d pass the same experiences, but reveal a little more. Dan (like Julian) would return to certain memories, circling back and going deeper. This recursion also mirrors the cycles of abuse that cross into several generations. Dan examines himself at each point in this cycle, when, as a child, he witnessed the abuse of his friend, and later, when Dan willfully ignores signs of his friend’s abuser continuing to wield his power to mask and facilitate his violence against children.

When Dan thinks of Julian in the closing chapter of the book, he is, like the anchoress writing her “Long Text,” pretty far from the moments of profound religious experience that led him to the priesthood half a century earlier. While he’s failed in so many ways—as a friend, as a leader of his congregation—he hasn’t closed the door on the possibility for transformation or, to use a word that has been worn out by jacket copy, redemption. Most of his life has passed, but I don’t think his story is over. As is the case with Julian’s account, there is room for revision, expansion, and squeezing out even more meaning. 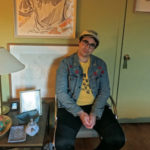 DANIEL HORNSBY was born in Muncie, Indiana. He holds an MFA in fiction from the University of Michigan, where he received Hopwood Awards for both short fiction and the novel, and an M.T.S. from Harvard Divinity School. His stories and essays have appeared in the Los Angeles Review of Books, Electric Literature, The Missouri Review, and Joyland. He lives in Memphis, Tennessee.