Voting is Sexy: On Setting a Romance Novel Amidst the Suffrage Movement

Evie Dunmore, author of A Rogue of One's Own on why feminism and falling in love are actually compatible.

By EVIE DUNMORE • 4 months ago 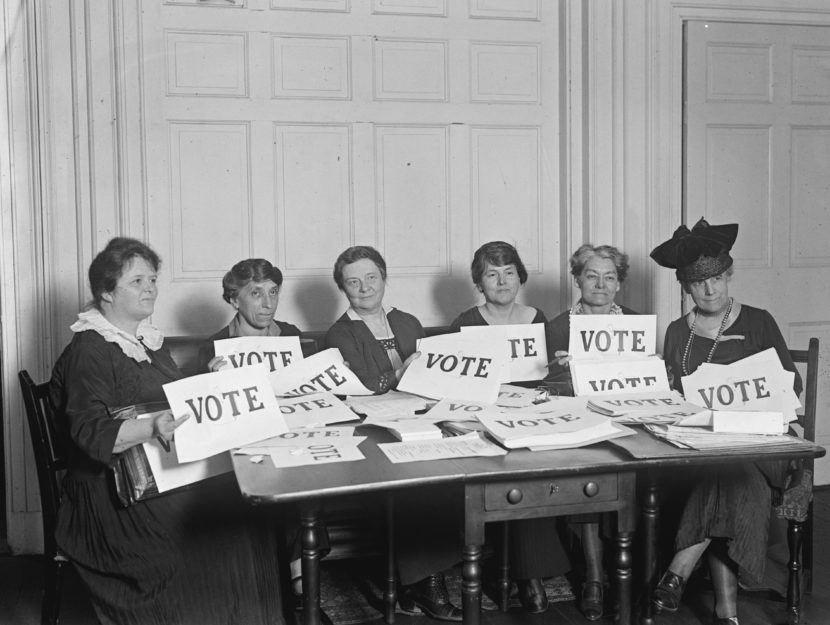 Why did I choose to set my Victorian romance novel against the backdrop of the suffrage movement? I honestly didn’t see how I couldn’t include it. English Common Law decreed that a woman’s legal rights were subsumed by her husband’s on her wedding day. The couple literally became “one person” under the law, and that person was always the man.He also automatically became the owner of his wife’s property. But I believe love thrives best when everyone involved sees eye-to-eye. Suffragists thought so, too—in 1867, suffrage leader Lydia Becker spoke for many contemporaries when she declared:

“Husband and wife should be co-equal. In a happy marriage, there is no question of ‘obedience’.”

So, rather than looking at wanting romance and wanting gender equality as being in conflict with each other, suffragists felt equality was a precondition for a true love match. It also shows that demanding equality between the sexes isn’t a new concept—which was another reason why it felt relevant to include the early women’s rights movement in my novels. Our rights and attitudes today didn’t just recently drop from the sky; we owe them to countless women and their male allies struggling for justice over centuries. It’s just that for a long time, these people were the underdog. And their work isn’t done.

Perhaps that is why the question keeps popping up in the context of romance novels: aren’t independent women and straight romantic relationships uneasy bedfellows? I always say No, but. I consider myself fairly independent in mind and means, and I still loved falling in love with men. And frankly, I don’t want to choose between being me and being loved. But as usual, the devil is in the details. Can we stop the heart from wanting what it wants? No. But can a woman end up sacrificing much of her time and ambitions (such as fighting for the vote!) in a relationship just because she is a woman? Certainly. Jane Austen would have hardly churned out brilliant novels back-to-back with three small kids underfoot plus all the laundry that came with a family in 1805. “In the home is neither freedom nor equality,” American women’s rights activist Charlotte Perkins Gilman lamented in 1910. And by default, man-woman relationships are still gendered spaces. We don’t love in a vacuum; we are influenced by oftentimes subconscious ideas about how a desirable woman should act in relation to another. We’ve all heard about The Mental Load by now, and the stats that say women are still the ones predominantly caring for kids and the household in addition to holding down a job. That’s at cross-purposes with having ambitions unless you thrive on three hours of sleep a night. As long as the system is biased against us, a relationship might ask ambitious women to make hard choices.

But when I did my research on the prominent British suffragists & suffragettes for my novel, A Rogue of One’s Own, I found many of them had families. Millicent Fawcett, figurehead of the suffrage movement, was both co-worker and carer for her blind husband Henry Fawcett. Suffragette leader Emmeline Pankhurst teamed up with her daughter Christabel to break windows. And women’s rights activist Harriet Taylor fell so hard for John Stuart Mill, her first husband had to tolerate a very close relationship between the two.

The common denominator was that these early women’s rights activists all married men who had their backs: Henry Fawcett was one of the strongest proponents of women’s suffrage in parliament before he even met Millicent. Pankhurst’s husband was a suffrage advocate and got his family a butler to take care of their five kids so Emmeline could keep campaigning. And when John Stewart Mill finally got to marry Harriet Taylor in 1851, he was so appalled by the fact that he would have ownership over her, he wrote a public declaration against it:

“…(h)aving no means of legally divesting myself of these odious powers… (I) feel it my duty to put on record a formal protest against the existing law of marriage… and a solemn promise never in any case or under any circumstances to use them.”

Despite these couples being well known in their time, Victorian society still liked to deride suffragettes as ugly, frigid, and frustrated, and plenty of cartoons and poems have survived to prove it—the main reason a woman wanted equal rights to men was because she couldn’t get a man. Or so they said. Today, I frequently come across the reverse opinion: if a woman wants to call herself “strong” and a feminist, she has no business losing her head over a man and acting stupid in love. She is, in other words, expected to be immune to a neurotransmitter cocktail that has been proven to be as powerful and addictive as crack cocaine. This strikes me as a tall order. And the result of both these logics is the same: a woman doesn’t get to have it all. She must conform to a one-dimensional image someone else has defined for her; she’s supposed to choose between loving the way she wants and getting her rights. Emmeline Pankhurst would have shaken her head at this—she repeatedly went to prison for her beliefs, and she was also immediately smitten with her husband when she first saw his attractive hands opening a taxi door.

So, in conclusion, I think the suffragists can actually teach us a few good lessons about a successful romance:

1. True romance requires equality
2. Team up with an ally who will hire a butler
3. Swooning over a man and fighting for women’s rights are not mutually exclusive

I try to build my stories around these lessons. My heroines don’t have to choose between being their complex selves and being loved. In Bringing Down the Duke, Annabelle gets to be beautiful, sensual, and smart, and while equal rights are not yet won when she marries, her husband will help her make it so. Lucie gets to be a brash workaholic, and she also gets worshipped on a kitchen table by the man she wants. And Hattie, the heroine of my forthcoming book—well, her story is still in the works, but since she’s the heroine of a romance novel, I promise she will have a very happy ever after.

Featured image: View of members of the National League of Women Voters, seated around a table, holding signs that read ‘VOTE’, September 1924. (Photo by PhotoQuest/Getty Images) 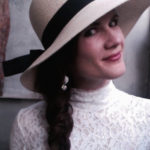 EVIE DUNMORE is the USA Today bestselling author of Bringing Down the Duke. Her League of Extraordinary Women series is inspired by her passion for romance, women pioneers, and all things Victorian. In her civilian life, she is a consultant with a M.Sc. in Diplomacy from Oxford. Evie lives in Berlin and pours her fascination with 19th century Britain into her writing. She is a member of the British Romantic Novelists’ Association (RNA).