How Playing Tennis—Badly—Improved My Writing

Joanne Serling, author of Good Neighbors, on facing down her perfectionism while playing doubles.

By JOANNE SERLING • 3 years ago 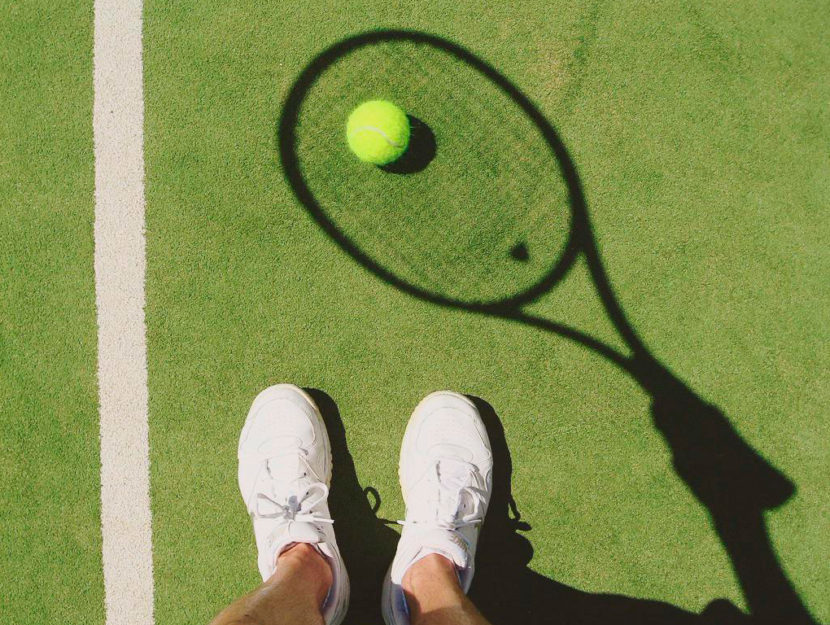 I’ve always sucked at sports. If a ball is flying toward me, my first instinct is to duck—or, at the very least, hold my breath and close my eyes—two conditions that used to make it hard for anyone to take me seriously as a teammate. In grade school, I was the proverbial last girl picked for kickball games. Even my friends, loyal in every respect (and still my friends today), were quickly frustrated if I suggested we play Kadima on the beach or hit tennis balls after school.

And yet, how badly I wanted to play. How effortless my friends made it look: dipping to scoop a low ball from just below their knees, lobbing their returns in high arcs over the net. And so it was that in my early 40s, after a lifetime of avoiding sports, I decided to accept a friend’s invitation to participate in a five-day tennis clinic.

During the first day of the clinic, I was—as I had energetically predicted to my friend—the worst one on the court. No matter how hard I tried to concentrate, I was forever surprised that the ball was suddenly inches from my nose. I tended to whack at the air haphazardly, or else stumble backward as I nicked the edge of the ball with the rim of my racquet.

As a kid, this lack of coordination would have sunk me, and I would have been eager to slink off the court in a cloud of humiliation and self-loathing. But despite these flagrant missteps, my adult self didn’t really care that I was bad at sports. In fact, in many ways, it was a relief to be doing something I knew I was bad at, a dramatic departure from how I normally spent my days, which was trying—and failing—to write a decent short story, a pursuit I expected to excel at since I’d once made my living as a magazine writer and editor.

The five days I spent learning to play tennis were among the most relaxed and fulfilling of that summer, a chance to enjoy the sunshine and escape the responsibilities of my children and writing life. When the clinic was over and not a single person had mocked me, I decided to sign up for weekly tennis lessons.

My progress was slow, but unlike writing—which I approached with raging self-criticism because I hadn’t yet written a novel—I never came to tennis with any expectation. Instead, I was able to cheerfully compartmentalize the things I was supposed to work on and not worry about the rest. When one pro suggested I count to one when the ball bounced on my side of the court and two when I hit it, I felt grateful for this simple suggestion, and was pleasantly surprised when my ability to concentrate improved.

Predictably (except to me), as soon as I got a tiny bit skilled at tennis, I began to approach play with the same level of criticism that I leveled at myself for writing. When I forgot to back up enough for a deep ball or brought the racquet too far behind me for a volley, I told myself I was an idiot. If I forgot to cover the alley, I would stamp my foot and make a loud, ugly noise meant to convey how stupid I was. More than one pro told me I was too hard on myself, but I scoffed that they didn’t understand the truth about me. I was a striver! A worker! I wasn’t going to just keep messing up and accepting it.

Fortunately, I played doubles every Wednesday for a year with the same kind and insightful pro named Mike. After about eight months of watching my progress and my growing level of frustration, Mike pointed out that I was actually playing well for my level. Of course, I tried my damnedest to block out his encouragement, but Mike insisted that I wasn’t so much making mistakes as playing at the limit of my abilities. Missing an easy shot or forgetting to move with the ball was typical and consistent with my status as a beginner.

I’d like to say that I stopped right there in the hallway of the tennis center and listened carefully, relieved of my perfectionist burden, but I probably endured a few more weeks of self-torture before it dawned on me that what Mike was trying to convey said more about me than it did about my tennis game. I was forever approaching my play with an air of entitlement and fantasy. If I stomped my foot or called myself a name, I could convince myself that my mis-hit was a mistake. But it wasn’t. Not really. There was quite simply an enormous gap between my desire to hit well and my abilities, and nothing—not anger or self-criticism or insistence that I should be a better player—was going to change that fact.

The moment I grasped this concept, I understood that I was having a similar misunderstanding with my writing. Yes, I wanted to bring flawlessly executed writing exercises to my fiction workshop. And yes, I eventually wanted to write and publish a novel. But I simply wasn’t good enough. I needed to keep practicing the elements of craft—narrative voice, pacing, tone, mood, dialogue—until I could do most of them in concert most of the time.

Even then, I would fail and have to patch things up and practice some more. The idea that I should be able to easily write a literary novel simply because I had worked as an editor and freelance writer suddenly seemed as absurd to me as someone expecting to compete in the U.S. Open simply because they’d been a good high school singles player.

Shortly after my tennis insight, everything about my writing changed. I no longer felt like I was failing if an exercise I brought to workshop was heavily criticized. I also didn’t try to predict what subject matter would be well received, and instead began to explore material that I feared would be judged as banal and ordinary in the West Village of New York City: material about motherhood and playgroups and the subtle politics of suburban life. Instead of rolled eyes and judgment, however, people loved my new work, and many fought over the chance to weigh in with their perspectives about how to improve it.

Equally importantly, I no longer saw these comments as proof of my failure. Instead, I told myself I was working at the height of my current abilities, and that unfortunately, my current abilities just weren’t that great. By accepting that writing, like tennis, required patience and skill rather than simply raw talent, I stopped doubting whether I had what it took to be a novelist and told myself that I didn’t.

But I also knew that with enough effort and determination, I could learn how. 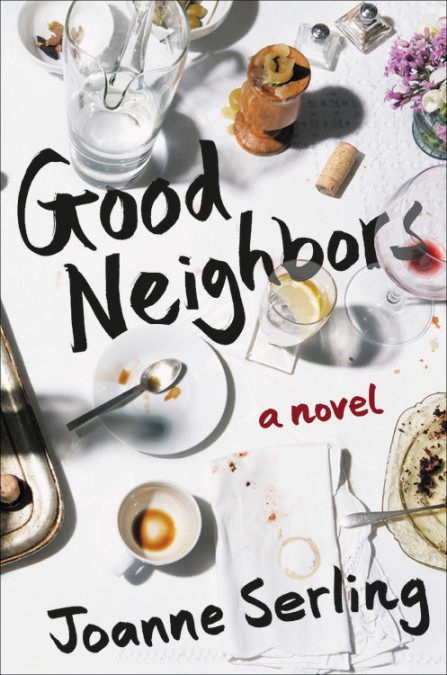 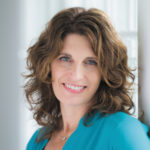 JOANNE SERLING's fiction has been nominated for a Pushcart Prize and has appeared in New Ohio Review and North American Review. She is a graduate of Cornell University and studied and taught fiction at The Writers Studio in New York City. She lives outside of New York with her husband and children and is at work on her second book.

JOANNE SERLING‘s fiction has been nominated for a Pushcart Prize and has appeared in New Ohio Review and North American Review. She is a graduate of Cornell University and studied and taught fiction at The Writers Studio in New York City. She lives outside of New York with her husband and children and is at work on her second book.
[email_signup id="4"]
Great! You've signed up successfully!
We are experiencing an error, please try again.