My Real-Life Story Got Made For TV

“Is there a doctor on board the plane?” Little did I know that those words would change the course of my life…and the life of the guy on the plane who was having a heart attack.

It is that story—the one in which I stabilized a Russian gentlemen onboard a flight from NY to LA that ultimately inspired the show Heartbeat on NBC.

I told that story, and others like it, to Universal Studios who ultimately optioned my memoir and later to NBC’s Entertainment President. Having a good story and telling it well goes a long way in this town and I am so grateful to the people who not only listened but were inspired.

Never did I dream that when I wrote my memoir Heart Matters, it would be made into a scripted medical drama. My intention when I wrote the book was to educate women about their number one killer: heart disease. I thought the book could save more women’s lives than I could by simply operating on them, especially given the fact that heart disease is 80% preventable.

The book I initially started writing was a disaster—a boring diatribe of the signs, symptoms and preventative elements of heart disease. A textbook, really, for the layperson. So I decided to make it more interesting by filling the book with cases, actual cases, of the many women I have taken care of throughout the years, but who sadly died from heart disease. I wanted to honor them in this way. They died so that others might live by learning from their story. Then I told my story, reluctantly so. The story of a girl who grew up on an apple farm in Upstate New York and became one of the few female heart surgeons in the world today. I thought, Why would anyone want to hear my story? Well, it turns out NBC/Universal Studios did.

NBC’s show Heartbeat is loosely based on my life. No, I am not in a love triangle with two dashing men (at least not that I know of) and no, I do not get as much “action” as Melissa George (the actress who plays me) gets on set. But the cases are based on an element of authenticity and are medically detailed and plausible. The fierceness of lead character Alex Panettiere, coupled with her ability to always be compassionate; to love her patients and fight for their lives is real. Very real. To me.

I spend as much time as possible with the writers in their inner sanctum known as the “writer’s room” and on set with the actors, directors and crew. To watch their passion at work to create a show that looks, feels and sounds authentic is a marvel to behold. I am humbled by it constantly.

I will never forget the moment I first stepped onto the set in Vancouver where we were shooting the pilot. To my utter amazement, the crew had built an entire airplane fuselage that would later serve as the backdrop for my now famous “airplane story.” Seriously? They built an ENTIRE AIRPLANE?? I stepped onto the set, my mouth agape, and someone asked, “Who are you?” “I’m Kathy Magliato and I saved a life on a plane just like this.” Applause erupted from the set. They were clapping for me. I had never felt that before, such instantaneous love and admiration from people I had never met. It was one of the best days of my life. It was truly unforgettable.

So how does it feel to have your book and your life made into a TV show? Well, I have to say it feels pretty damn good.

And for that, I am eternally grateful.

Heartbeat, a new show from NBC, is inspired by Dr. Kathy Magliato’s memoir, Heart Matters. This unique character-driven medical drama follows Dr. Alex Panttiere (Melissa George, The Slap), an outspoken world-renowned heart transplant surgeon and one of the few women in her field. Stubborn and fearless, Alex always operates on her own terms. She revels in a racy personal life that’s a full-time job in itself, manages the daily demands of skeptical faculty and dutiful interns, and pushes the boundaries of medical science to impressive new heights. Heartbeat airs Wednesdays at 8/7c on NBC. 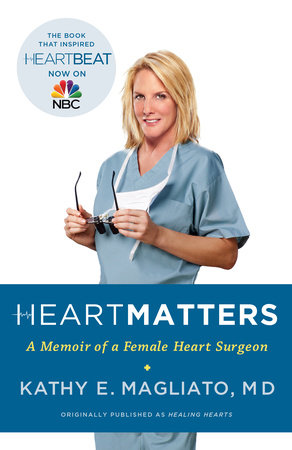 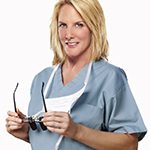 KATHY E. MAGLIATO, MD, is currently the director of women’s cardiac services at Saint John’s Health Center in Santa Monica, California. She lives in Pacific Palisades with her husband and their two children.

KATHY E. MAGLIATO, MD, is currently the director of women’s cardiac services at Saint John’s Health Center in Santa Monica, California. She lives in Pacific Palisades with her husband and their two children.