What’s So Bad About a Marriage of Convenience?

The Italian Party author observes marriages of convenience, and the pain, friendships, and art that bloomed from them.

By CHRISTINA LYNCH • 3 years ago 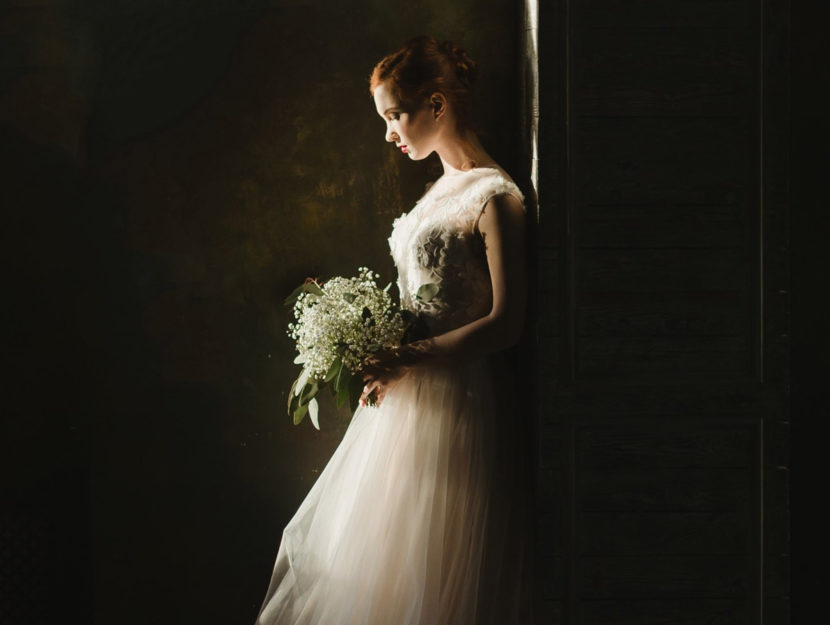 Cole Porter had one. Auden, too, though not for the same reason. Nancy Mitford desperately wanted one. Dorothy Parker wanted out, and in again.

Unusual marriages, marriages of convenience, “lavender” marriages. For as long as it was considered wrong to be gay, there were those who chose—or were forced—to hide their proclivities by getting married to someone they did not love in that way. When I began writing The Italian Party, which is set in 1956, I wanted to explore a marriage of convenience, with the twist being that neither husband nor wife knows the secret the other is keeping, at first. It felt like a fresh take on those goofy romantic comedies with Rock Hudson and Doris Day that now have a whole new uncomfortable layer of meaning.

I was interested in examining a marriage with secrets for several reasons. Romances are only as interesting as the obstacles they face: Romeo and Juliet without family drama would be a very short play we wouldn’t keep remaking as a movie every few years. Also, there’s something truly tragic about loving someone who can’t love you back, no matter how much they would like to. And the fact that being gay was such a stigma in the ’50s—it was illegal to be gay if you were a government employee—was a great reminder of how flawed our view of that “great” era is.

Real life marriages of convenience were undoubtedly more common than we know. I would bet every one of us has a few in our family tree. I imagine each pairing had its own complicated mix of emotions surrounding secrecy, attraction, and fidelity. We don’t know what they were feeling—to their credit, all of the eras before our own were more private—so one is reduced to examining the biographical record and filling in the gaps.

Gay actors, writers, and musicians throughout history often had to marry or risk losing their audiences. I am illuminating a few here not out of prurience, but to ask us to imagine what the emotional cost was for those who had to keep their true selves secret from the world, and what we lost (or gained) as a result of the pain they no doubt endured.

To single out a notable example of an unhappy union, Oscar Wilde married heiress Constance Lloyd in 1884. Apparently, their sex life waned after she had their second child, but one can imagine it being confused even before then. Their marriage was, however, a time of exceptional creative fertility for him, when he produced his most famous works, including The Picture of Dorian Gray. But the heart wants what the heart wants, and Lord Alfred Douglas swanned into the picture, love bloomed, and then things got grim. Wilde was tried, convicted, and imprisoned for “gross indecency.” Constance moved the children to Switzerland and changed their last name to shield them from the scandal, and Oscar never saw his sons again.

Things were much happier, matrimonially speaking, for brilliant composer and songwriter Cole Porter, who married socialite Linda Lee Thomas in 1919. Unlike the Wilde marriage, it seems that Cole and Linda both knew exactly what they were signing up for and genuinely loved each other. She was coming out of an abusive first marriage, and he needed a wife to provide cover for a flamboyant lifestyle. They lived lavishly in Paris, Venice, and New York, and stayed loyal to each other through dark times after a horseback riding accident in 1937 that left him disabled and in great pain. During their marriage, he wrote his most famous songs and scores, including “Let’s Do It, Let’s Fall in Love,” “Love For Sale,” “Night and Day,” and “I’ve Got You Under My Skin.”

Some marriages of convenience have a heroic cast to them. Although they were both in gay relationships, British poet W.H. Auden married Erika Mann, daughter of Thomas Mann, in 1935 when the Nazis threatened to strip her of her citizenship for her anti-Fascist theater work. Auden and Mann apparently never consummated the marriage but stayed married and friends until her death in 1969. The marriage enabled her to have British citizenship, and she became active in the British war effort as a BBC correspondent. They both lived (separately) in the U.S. off and on, he becoming one of the 20th century’s leading poets, while she was caught up in the red scare of the McCarthy era and returned to Europe to work with her father.

Some women fall for gay men and never quite get over them. Novelist Nancy Mitford, oldest of the glamorous and sometimes notorious Mitford sisters, waited years for a marriage proposal from her gay beau, Hamish St. Clair-Erskine. The two had been introduced by her brother Tom, who was rumored to be Hamish’s lover, but Nancy fell madly in love with charming aesthete Hamish, and they dashed around with Evelyn Waugh and the other Bright Young Things of 1920s London. Hamish seemed clearer than Nancy about the fact that they were not meant to be, but had to invent an engagement to another woman to convince brokenhearted Nancy to move on. Hamish was a POW and Military Cross recipient in WWII, while Nancy had a successful career as a novelist and biographer, though she never found the true love of her life. Hamish and Nancy died only a few months apart in 1973.

And then there’s Shakespeare, married unhappily to a woman, writing brilliant verse to a man. Was he or wasn’t he, and does it matter? To the first question, the answer is we don’t know, but it seems likely his was one more marriage of convenience. It matters, I think, because obstacles to romance may be the stuff of great stories, but in real life are the stuff of great pain. Some of the best love stories, poems, and songs were written by those who could not love openly.

We can count ourselves as lucky to live in a time when being gay does not carry with it the stigma it once did, and when people (in some countries) can marry those they love of any gender. That said, our world still contains many reasons to hide in a marriage that is convenient but unhappy. Poverty, abuse, or fear of social stigmas keep people entwined who should not be. No doubt some of the trapped are writing different stories for themselves, spinning their agony into beautiful art we will read, listen to, wear, admire.

Throughout history and to this day, great pain and great creativity are themselves a sort of marriage. The artist’s pain is our gain—something worth recognizing when our own hearts break and we turn to their books, memorize their poems, and listen to their songs for solace. As Shakespeare said in Romeo and Juliet, “One pain is lessened by another’s anguish.”

But then again, it was Cole Porter who said, “Let’s misbehave.” 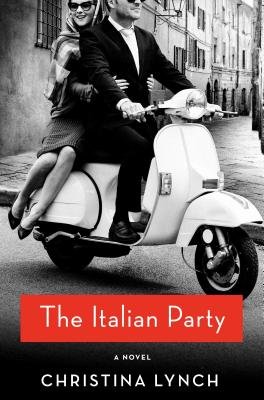 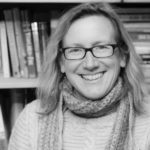 CHRISTINA LYNCH's picaresque journey includes chapters in Chicago and at Harvard, where she was an editor on the Harvard Lampoon. She was the Milan correspondent for W magazine and Women’s Wear Daily, and disappeared for four years in Tuscany. In L.A. she was on the writing staff of Unhappily Ever After; Encore, Encore; The Dead Zone and Wildfire. She now lives in the foothills of the Sierra Nevada. She is the co-author of two novels under the pen name Magnus Flyte. She teaches at College of the Sequoias. The Italian Party is her debut novel under her own name.

CHRISTINA LYNCH‘s picaresque journey includes chapters in Chicago and at Harvard, where she was an editor on the Harvard Lampoon. She was the Milan correspondent for W magazine and Women’s Wear Daily, and disappeared for four years in Tuscany. In L.A. she was on the writing staff of Unhappily Ever After; Encore, Encore; The Dead Zone and Wildfire. She now lives in the foothills of the Sierra Nevada. She is the co-author of two novels under the pen name Magnus Flyte. She teaches at College of the Sequoias. The Italian Party is her debut novel under her own name.