Kathe Lison, author of The Whole Fromage, provides three easy tips that will help you avoid feeling intimidated at the cheese counter.

By KATHE LISON • 5 years ago 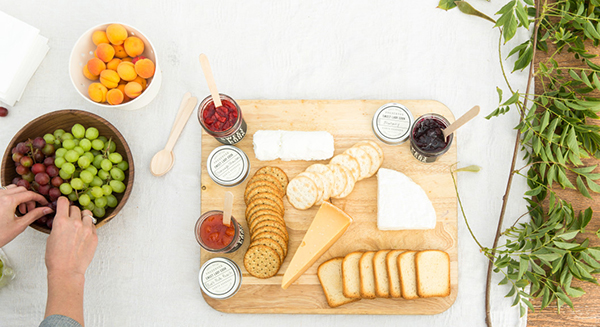 Not long ago, I was at my local Whole Foods where I (oddly enough) stood perusing the stacked cheeses. Nearby, a couple hosting a dinner party was clearly perplexed, flummoxed, even upset. “Is this any good?” they asked, holding aloft a lovely round of artisan-made goat cheese covered in a fine coating of ash. They frowned. Such moments are precisely why I wrote The Whole Fromage. Though I had a long history as a cheese-eater, there was a time when I, too, was mystified by such strange and wonderful “new” cheeses. Yet I found in researching my book that just a bit of cheese knowledge goes a long way, and that acquiring can be not only fun, but very tasty. You can have an even easier—though no less flavorful—time doing the same, as I’ve done most of the legwork for you. The following steps will make you a cheese aficionado in record time.

1. Read The Whole Fromage. This may sound like shameless self-promotion (and maybe it is!), but seriously—the reason I wrote the book was to give readers what I wish I had had when I knew nothing about cheeses, i.e. a way to learn that was both entertaining and effortlessly educational at once. Though the sheer number of cheeses out there can seem daunting, there are only a handful of basic types, and each chapter of The Whole Fromage is a walk through the history and making of one of them.

2. Taste the French originals. They best way to do this is with a trip to France (bummer, I know). Even a day or two in Paris would be sufficient—there are many wonderful cheese shops there that offer the best fromages from the different French regions. But even if you can’t manage such a trip, many places in the states now stock all sorts of traditional fromage. It’s not the same as having them locally, but sometimes you have to make do and just force those imported, store-bought gourmet cheeses down your throat. I would start with the cheeses in my book, many of which are relatively easy to obtain, and go from there.

3. Eat amazing, artisan American cheese. Once you have some understanding of the basic, archetypal French cheeses, the rest is just variation. And even though we might envy France it’s long and colorful cheese history, there’s a downside to all of that tradition: it hampers innovation. The great thing about the American cheese scene is that makers here feel free not only to use the traditional French cheese recipes, but to come up with new ones. The fabulous Barely Buzzed, which is a hard cheese rubbed with ground coffee from Beehive Cheese Co. in Utah, comes to mind as an example. The other thing, of course, is that you are always going to get the absolute best cheeses by eating as close to the source as possible. In France, that means eating French cheese. In the States, that means trying that nubbin of something at the farmers’ market or indulging in some of the truly great artisan cheeses being made in California, Vermont and my home state of Wisconsin, among other places.

Finally, while the above will give you a solid understanding of cheese, don’t be afraid to seek out a good cheese monger. A knowledgeable person behind the cheese counter can steer you to the best cheeses to try, advise on setting up a cheese plate (the basic rule is one soft, one hard, and one blue cheese), and offer equivalent cheeses if the one you’re looking for isn’t available. Beyond that, bear in mind that the only real “rule” when it comes to good cheese is to enjoy it! One thing the French know is that good eating is good living. So sit back, relax, and savor some wonderful fromage. 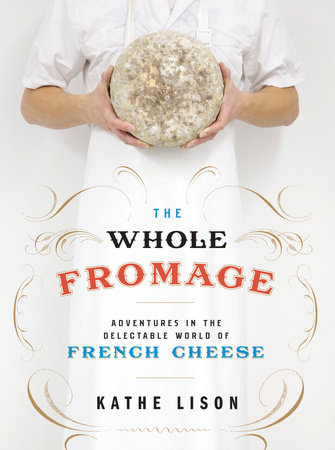 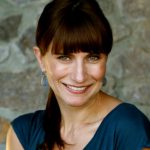 KATHE LISON, A native of Wisconsin, “America’s Dairyland,” is an award-winning essayist whose work has appeared in numerous literary journals, and a recipient of an Emerging Artist Grant from the Utah Arts Council. She lives in Arizona.

KATHE LISON, A native of Wisconsin, “America’s Dairyland,” is an award-winning essayist whose work has appeared in numerous literary journals, and a recipient of an Emerging Artist Grant from the Utah Arts Council. She lives in Arizona.