The author of How Could She remembers finding hope (and glamour) in the Vintage Contemporaries.

By LAUREN MECHLING • 2 years ago 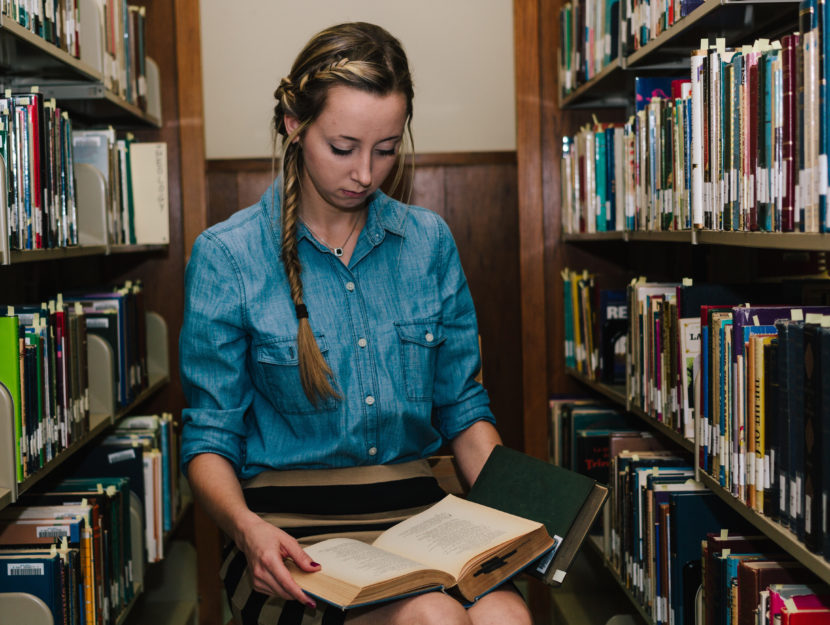 An existence without stories would be flat and dry, a road with no scenery or off-ramps. Well before I became literate, books infused my life with dimension and, more importantly, companionship. Little Bear, Frog and Toad, George and Martha—these were my earliest friends. I can vividly picture the Miss Piggy and Yoda READ posters that hung on the walls of the Brooklyn Public Library, and the crinkly sound the vinyl floor-cushions made when my mother and I lowered ourselves with the piles we’d pulled off the shelves.

As I got older, my mom waited in the adult reading room on the ground level while I browsed the second-floor teen section on my own. The paperback carousel would squeak as I spun it and helped myself to new Babysitters Club and Sweet Valley High installments and titles from Judy Blume and Paula Danziger. These stories complemented my New York City childhood; I fantasized about a suburban utopia where kids could roam free after school and spend their Saturday nights watching football games or slow-dancing. I knew the recurring characters as well as if not better than any of my friends. They were more reliable, more loyal. I could trust them not to switch allegiance or write hurtful things about me on the wall of the bathroom stall at my tiny school.

Fictional characters became more than just supplemental friends when I reached high school. I switched schools in ninth grade, from the one I’d attended since age 5 and had the entire class’s phone numbers memorized to specialized public school, where I was let loose in a sea of strangers. I let a little too loose, and a committee of principals and parents and a psychologist all agreed that it might be best for me to return to my former school.

Back on familiar terrain with a familiar cast of characters, everybody could keep an eye on me. That was not to say they wanted to talk to me. The kids in my class, now in eleventh grade, had watched me drift away from them and change into an unrecognizable version of my old self. I wore dark lipstick and men’s clothing that draped over my body like a ghost costume. I felt like a ghost, too, drifting through the hallways where I’d once been happy and carefree, now without anybody to talk to or look in the eye.

I found refuge in the school library, a high-ceilinged, wood-paneled haven for the school’s outcasts. Sunlight glinted through the arched windows at seemingly any time of day. And there were the books, stacks so tall you needed a ladder to reach the top few shelves.

Presiding over the library was Annie Bosworth, who spoke in a soft English accent and dressed in long skirts and modest sweater-vests. Our librarian was quiet and busy and alert; there was something of a bunny rabbit about her. By her desk, she kept a metal rack with the library’s new acquisitions. She’d smile hello as I made my approach, then look the other way. Annie didn’t once raise an eyebrow or betray any emotion at all when I checked out my selections.

You can’t judge a book by its cover, but you can certainly judge a soul (or lack thereof) by its bookshelf. Annie’s inner life was deliciously rich, subversively so. She did not believe books were accessories to an elite education. They were a reprieve from all that, delivery systems for powerful doses of sexiness and solace. This was especially the case with what I recall to be the cornerstone of Annie’s new book display: a steadily rotating supply of paperbacks from the Vintage Contemporaries series.

I’d seen a number of books from this series floating around my home, with their hothouse designs and blocky lettering, but I was loath to imagine that my parents owned anything cool. In Annie’s clubhouse, I discovered how wrong I was. The Vintage Contemporaries were, without exception, bound versions of 1980s and ’90s downtown cool. Bret Easton Ellis, Denis Johnson, Mary Gaitskill—they were all part of the “it” lit pack.

The series came into being in September 1984 with its debut title: Bright Lights, Big City, a novel rife with Ray-Bans and other cool trappings of yuppie anomie. It launched the career of Jay McInerney, and it also jumpstarted my obsession with tales that simultaneously went over my head and straight into my veins with their adult glamour. While curled up on the padded window seat, the Dungeons and Dragons-playing tenth grade boys nearby, I snuck bites of my contraband bagel and read until the bell rang.

It was on these lunch periods, while the girls in my grade were out trading gossip over Thai food or pizza, that I learned about Gaitskill’s cast of young, vulnerable bookstore clerks and sex workers who lived in the same city I called home. I fell in love with Ann Beattie and teleported myself to their Waspy dinner parties and backyard weddings, deliberated with them over whether or not all writers had drinking problems. The series came to be vast, encompassing the work of writers as disparate as Joy Williams and Anita Brookner and Don DeLillo, but the titles shared an energy that felt sizzlingly of-the-moment and sophisticated beyond imagination. They filled me with hope. I would grow up and start over. I would make new friends.

Decades later, when I wrote my first novel for adults, I gave the character whose life most resembles mine, Rachel, a childhood fixation on Gaitskill. In one of my favorite moments, Rachel recalls a time when she was in high school and her father agreed to come with her to a reading, at which the author made eye contact with him and said a titillating word. It was not her father’s cup of tea, which made the excursion all the more meaningful to Rachel.

Annie passed away about a decade after I’d graduated, in 2006. I think of her often, and there’s a spot on my bookshelf where my Vintage paperbacks are lined up, keeping each other company. 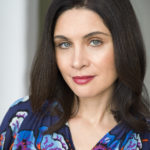