The Kennedys Who Were a Real-Life Romeo and Juliet

By KERRI MAHER • 2 years ago 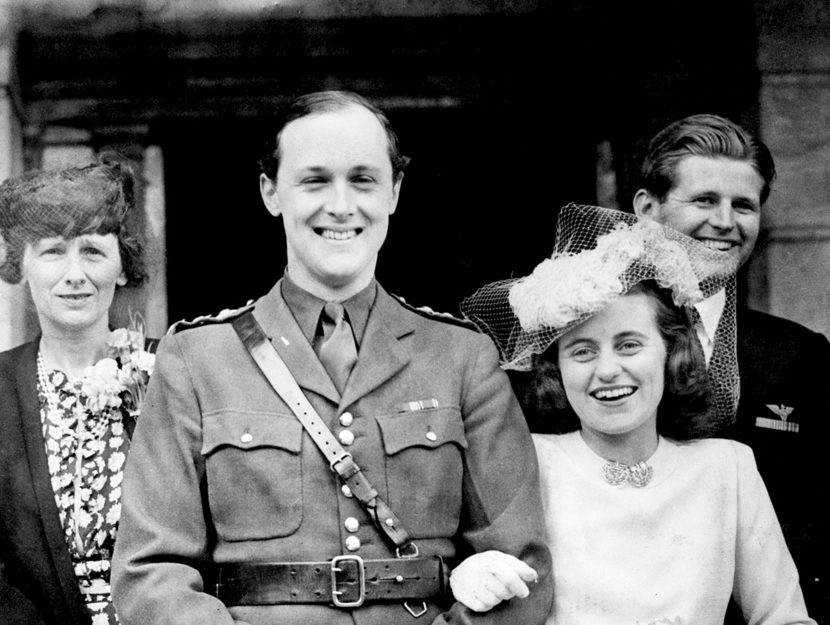 When my trusted readers talked to me about the early drafts of The Kennedy Debutante, many of them compared Kick and Billy to Romeo and Juliet, the ultimate star-crossed lovers. I have to admit, I was surprised—first by the comparison because I hadn’t seen it myself, and second by the fact that I hadn’t seen it myself! I mean, I was an English major, and I’ve seen my fair share of Shakespeare. Plus, two of my all-time favorite movies are West Side Story and Baz Luhrmann’s Romeo and Juliet.

I got to thinking about why this comparison hadn’t occurred to me right away, given that indeed, Kick and Billy have much in common with the teenage stars of Shakespeare’s most famous tragedy: they’re young; they’re spoiled and also manipulated by powerful parents; they’re powerless to change the feud that makes their families natural enemies; they want to be together against all those odds.

Without dropping any major spoilers here, I think the first reason I didn’t see the connection on my own is because of the profound differences in the ways their stories end. Romeo and Juliet’s story is defined by the horror of their faked—then real—deaths; and while Kick and Billy’s story is marred by comparable tragedy, my two characters are far more the victims of the world’s folly than of their own.

Which gets me to the heart of the difference between the couples: though very young when they meet (18 and 20), Kick and Billy are both remarkably restrained in their affections. Unlike Romeo and Juliet, who rush in headlong, Kick and Billy actually keep their distance from each other as long as they can, until their attraction to and affection for each other makes their romance inevitable. And then the world encroaches.

It starts with the realities of their religious differences, and what those differences mean to their families broadly, then to them personally. Added to that is the start of the Second World War, which inspires both of them to behave not with recklessness, as we imagine Shakespeare’s pair to have done, but with truly amazing self-possession.

Kick and Billy are absolutely the victims of an ancient grudge, and of civil blood making civil hands unclean. That is the beating heart of their story, as it is Romeo and Juliet’s.

Perhaps more importantly, readers (and I include myself in this) like to see connections to the familiar. It makes tragedy more palatable somehow. When we know we’re reading a story of star-crossed lovers, we brace ourselves for the worst; it helps prepare us for what’s to come.

Curiously, though, it worked the opposite way for me when I was writing. Knowing the real-life events made it harder for me to write the tragedy. After getting so attached to my characters, having to write what actually happened to them in the end was incredibly painful. Had they been entirely fictional people, to whose real lives I wasn’t trying to give due credit, I never would have been able to visit that kind of tragedy on my beloved characters. It just wouldn’t have occurred to me. Now it did. Writing historical fiction—in some sense, writing the truth—taught me a great deal about writing fiction.

I wondered if it could have been the same for Shakespeare. A quick look at the chronology of his plays reveals that while his first play was a comedy (Taming of the Shrew), his next few were historical plays, which are full of the blood and intrigue of real life. In fact, he wrote only a mixture of history and comedy before writing his fifth play and first tragedy, Titus Andronicus; Romeo and Juliet, his 11th play, was only his second tragedy.

OK, enough of the hobbyist English professor. But the idea that the true events of history might have helped shape Shakespeare into a skilled writer of fictional tragedy is a tantalizing thought, particularly because so many of the historical fiction writers with whom I’ve talked craft have said the same thing about how much writing facts shows them about fiction.

I doubt that Kick and Billy were aware of themselves as living out a Shakespearean tragedy. It’s only in the crafting of a novel, the shaping of an arc, that the famous themes and narratives emerge. And I’m certain that though I was blind enough not to see its connection to Romeo and Juliet from the start, Kick and Billy’s story was alluring to me because I’ve long loved Baz Luhrmann’s and Leonard Bernstein’s movies, which are for me the ultimate animations of this iconic romance. Art has most definitely shaped me, and thus my book. And I’m extremely grateful for it. 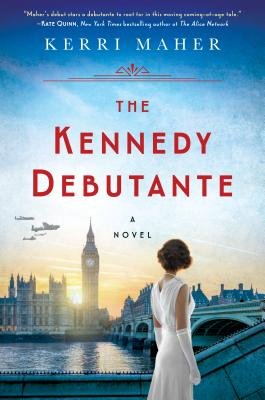 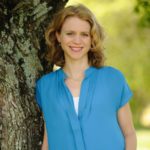 KERRI MAHER is also the author of This Is Not a Writing Manual: Notes for the Young Writer in the Real World under the name Kerri Majors. She holds an MFA from Columbia University and founded YARN, an award-winning literary journal of short-form YA writing. A writing professor for many years, she now writes full-time and lives with her daughter in Massachusetts, where apple picking and long walks in the woods are especially fine.

KERRI MAHER is also the author of This Is Not a Writing Manual: Notes for the Young Writer in the Real World under the name Kerri Majors. She holds an MFA from Columbia University and founded YARN, an award-winning literary journal of short-form YA writing. A writing professor for many years, she now writes full-time and lives with her daughter in Massachusetts, where apple picking and long walks in the woods are especially fine.