How Being a Librarian Saved My Life

Before I was a novelist, I was a librarian. Here's how it changed me.

By AMANDA EYRE WARD • 9 months ago 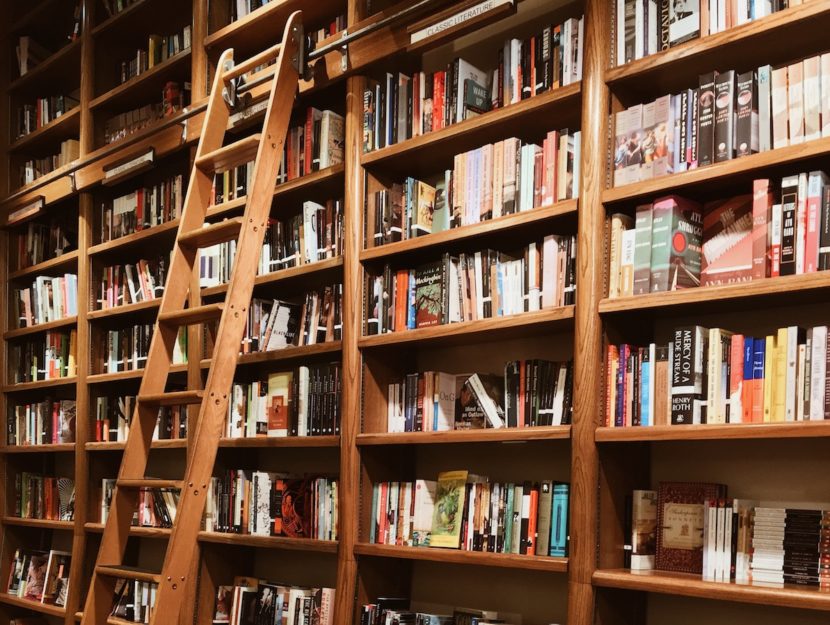 One snowy morning, during my senior year at Williams College in Massachusetts, I threw my car into reverse and smashed into a truck that was parked behind me. I knew the truck belonged to a football player who was dating one of my housemates, but I was in a rush to get to my campus job, so I piloted my Toyota Tercel onto the slushy street and zoomed away. My Tercel was already in rough shape—the driver’s-side door handle was busted, so every time I entered the car I had to unlock the passenger-side door and scooch across, or climb through the passenger-side window—and I had no savings, despite my part-time on-campus job and my other part-time job as a waitress at a fancy restaurant near campus. I wanted so very much to forget about the crash.

But I’d been brought up Catholic, for better or worse. Guilt gnawed at me as I worked, as I went to lunch in the dining hall (pasta with cheese and a side bowl of garbanzo beans), while I attended my favorite classes (Advanced Fiction Writing and Environmental Economics). I knew by the end of the day that I had to come clean.

That afternoon, I drove to the football player’s dorm and circled the lot until I found his truck. Stealthily, I climbed out of my car window and examined the vehicle. I squinted in the low winter light, but it was impossible to deny: I’d made a big dent in the gleaming bumper. I sighed, and went to confess. The football player was as kind as could be, and told me to pay him back when I could. I didn’t mention that this payback would mean finding a third job.

My only free time was on the weekends. I turned to the local classifieds, and found a Saturday job opening at the Williamstown Public Library. A bookworm since childhood, I spent many evenings in my fabulous college library, but I’d never been to the local one. On my interview day, I parked my Tercel in front of the library. It was raining, and I rushed to the front door. I threw it open and stepped inside.

From the start, I was captivated. The library (which moved in 1996 to snazzier digs, but was located in a historic building when I worked there) was warmly-lit and smelled of book pages—that scent when you press your nose into the center of a book and breathe in—my favorite scent in the world. I loved the sound of the raindrops on the roof of the building, which had been constructed as a home around 1815. Above the check-out desk, a curving staircase led to the second floor. The librarian who greeted me offered me a cup of tea, and then told me about her messy divorce. I accepted the tea and confessed my worries about my current boyfriend. We popped microwave popcorn. She told me I deserved better. A few elderly patrons came in to read newspapers by the fireplace in the “parlor,” and the librarian invited the patrons to offer their opinion on my boyfriend situation. They all agreed I deserved better. When “Higher Love” came on the radio behind the check-out desk, the librarian turned up the volume.

By the end of the “interview,” I knew I’d found my place.

I worked at the Williamstown Public Library every Saturday morning until the day I graduated and moved to Athens, Greece for my first job as a teacher. Later, in graduate school in Montana, I worked in InterLibrary Loan, and there I fell in love with my husband while ordering his scientific papers. My first novel is about a young librarian, and the novel I’m just beginning is about a librarian. When my seventh novel, The Jetsetters, hit the New York Times bestseller list, the first thing I did was rush to my daughter’s elementary school library and tell my friend, the librarian, the news. When I visit my in-laws in a small Colorado town, my first outing is to the Ouray Library for a thick stack of vacation hardcovers.

The job of a novelist does not offer a lot of easily quantifiable tasks. You begin a novel, and years later, you finish a draft. It soothes me to shelve books: there’s a cart of books that need to be checked in and put where they belong, and I love the Dewey decimal code, and at the end of my shift, the cart is empty. I love the smell of books, and the sight of kids grabbing books and sinking to the floor to open them. The shrieks of delight, no matter how much we remind them to whisper. The thrill of checking out books with the wand.

I’m no longer a practicing Catholic, I fervently believe that someone watches over me—or anyway, that I’m not in charge. I thought the snowy day I hit a football player’s truck and needed to get a third job was a terrible day, another roadblock in the way of my escape. What I thought I wanted was a way to stay with the wrong boyfriend, a map forward that would lead me into a different life than the chaotic one I’d known.

In the end, that crash gave me everything I’d been seeking: as I shelved books on Saturday mornings, I realized it was possible for me to feel safe. The other librarians told me I deserved everything—kindness, thrills, a life of writing books…you can write a book that will be shelved by us, they told me—and I began to believe them. As I rolled a metal cart through the stacks, alphabetizing novels and sliding them into place, I felt the large joy that can be found in accomplishing small things. When I walked into the library, my stomach eased. By my graduation day, I understood deeply the importance of finding the place you really belong, and the pleasure that can be found in staying there.

I haven’t been back to Williamstown in a long time, but when I scrolled through images this morning of the building where the library used to be, it felt like peeking into the rooms where I’d been someone else—scared, tenuous, desperately projecting a false cheer that I hoped would hide how hard it was to be a scholarship student with a crappy Tercel. Now, I’m damn proud of that college girl. I wish I could bring her a copy of The Jetsetters, and tell her, “Look—this is your name on the cover of a novel. You’re going to pay for the dent in the truck, and grow up, and write this book, and it will be published. It’s the story of a family that finds joy after a lot of pain. It’s so beautiful, and libraries have it on their shelves. It’s about you.”

I don’t know if she’d even believe me. But it’s true. 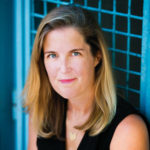 AMANDA EYRE WARD is the critically acclaimed author of seven novels, including How to Be Lost, Close Your Eyes, The Same Sky, and most recently, The Jetsetters. She lives in Austin, Texas, with her family.