How The Joy Luck Club Inspired Me to Be an Author

Reading Amy Tan's classic changed everything I knew about writing.

By FRANCES CHA • 1 year ago 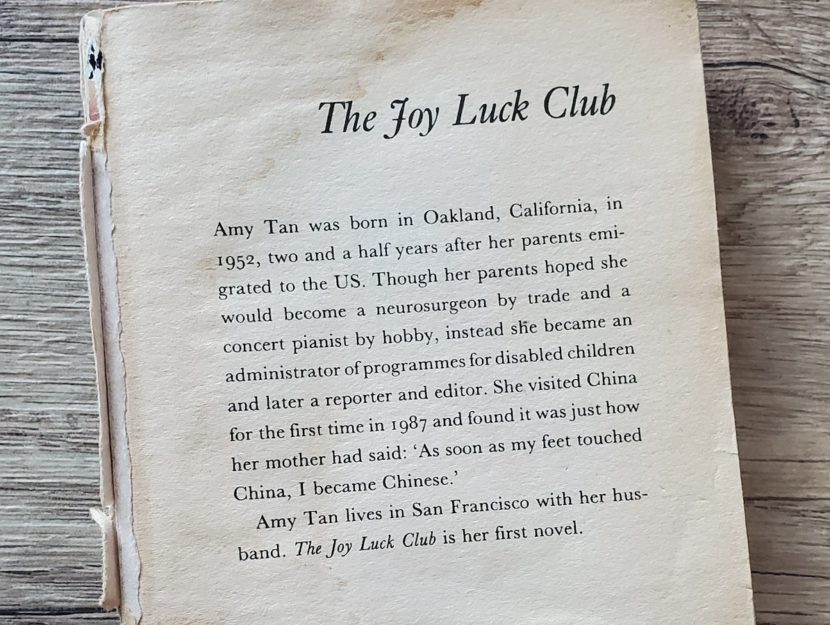 My 24-year-old copy of The Joy Luck Club has lost both the front and back covers from being read so much. I can recite passages from memory, and many moments in my daily life remind me of scenes in the book. My daughter started learning chess this month, and when I see her poring over the board, I think of little chess prodigy Waverly with her two little plaits, and the photo of her in Life Magazine. That photo is as real to me in my memory as my own childhood albums. When I make Korean chicken soup for my family, I remember Lindo and how she would cook a fresh chicken until pure juice came out every morning for her mother in law. When I remember my grandmother’s house in Seoul–a Western-style house full of beautiful things like gold turtles, silk prints, and ornate lacquered wardrobes inlaid with mother-of-pearl–and how everything is all gone now, I think of how Ying Ying St. Clair remembered her ancestral home in China before she became a poor immigrant and a mother.

I grew up reading because my own mother used to take me to bookstores and libraries every week when I was a child in Texas. She would read armfuls of books to me in the evenings and I did not realize that she did not actually understand much of what she was reading in English. But all those mispronounced books had a profound impact, and even as a small child I wanted to be a writer.

When I was around eight years old, I tried to write my first book. I remember how proud I was, and took it to my uncle, who I was visiting in Korea. I had written a story about a beautiful princess with golden hair, blue eyes, and a “downturned nose.” My uncle said in amusement “You know, in the West, an upturned nose is considered beautiful, not a downturned one.” He had translated most of the major Russian novels–Tolstoy, Dostoevsky—into Korean, and knew what he was talking about. Of course, I had been writing about white protagonists whose beauty standards I didn’t not understand because those were the only ones I encountered.

It was years later that I read The Joy Luck Club for the first time. I had moved to Korea after four years in Hong Kong, and was now enrolled at a public Korean school. On one of my outings to the bookstore with my mother–which now took an hour and a half by train to reach one that sold English books–I bought a curious book with two Asian women on the cover, hugging with tears streaming down their faces.

It shocked me profoundly, to read about feelings that I had never articulated before, feelings of young Chinese girls towards their mothers. The filial guilt and gratitude, the burden of expectation, the desire to please and not let down, the bewilderment over the trauma that their mothers had experienced in their former lives in China–I was gobsmacked by how their issues echoed the ones in my life. It was a mind-bending experience from which I emerged forever changed.

In the years afterwards, I discovered so much more with every reading of the book. I started empathizing with the mothers, as they looked at their daughters with so much love and hurt and fear. Intergenerational trauma also pervaded my family. Of course, readers of all races identified with Tan’s stories, which is why the book had become such a blockbuster international bestseller, and why it touched me so deeply even though I was Korean, not Chinese. The reader found the parts she identified with, and was intrigued by the unfamiliar.

Somewhere along the way in my dream of becoming a writer, a clearer idea emerged that I wanted to write about the world that I was living in–contemporary Korea, with its own set of very unique issues.

I had no template of how to begin to tackle this subject matter. I had never seen modern Korea before in English fiction, and I had never attempted to write a Korean protagonist. I was in graduate school when I took the leap. In my first fiction workshop, I submitted what became the first chapter of my first novel. In the story, a girl decides to undergo extreme plastic surgery of the jaw in order to get a job as a room salon girl–an escort at an underground hostess bar. She is an orphan from the provinces, struggling to create a life for herself in Seoul for herself and her best friend from the orphanage.

It took ten years from writing those first words to publishing my first novel, which became If I Had Your Face. During those ten years, I re-read The Joy Luck Club countless times for inspiration and guidance on how to express concepts from one language and culture into another, and tried to find other books set in Asian cultures. When writing about Korea, I drew from experiences in my own life, research I had done in my job at CNN in Seoul and stories told to me by my family. I wrote about extreme standards of beauty, the Kpop mania I was immersed in, and how Korea held the developed world’s record rates for suicide, education, internet addiction, and workaholism.

I watched as Parasite took home the Oscar for Best Picture, and then as the world descended into coronavirus chaos as the date for my book launch grew near. South Korea was always at the forefront of discussions around the pandemic, and I wondered if people cared to understand the cultural context that made the dramatic and successful containment of the virus possible. When I talk to my family in Korea today, calling from where I am quarantined in New Jersey, it is like a portal into the future where life is nearly back to normal. But even though I will not be able to see my book in a bookstore for a long time, I am reminded every day how amazed I am for its birth into the world. And I have The Joy Luck Club to thank for that, for making me think this was possible in the first place. 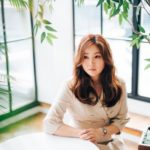 FRANCES CHA is a former travel and culture editor for CNN in Seoul. She grew up in the United States, Hong Kong, and South Korea. A graduate of Dartmouth College and the Columbia University MFA writing program, she has written for The Atlantic, The Believer, and the Yonhap News Agency, among others, and has lectured at Columbia University, Ewha Womans University, Seoul National University, and Yonsei University. She lives in Brooklyn.