Five Authors Jenni Fagan Would Invite to a Dinner Party

The author of The Sunlight Pilgrims picks her dream dinner dates.

By Jenni Fagan • 5 years ago 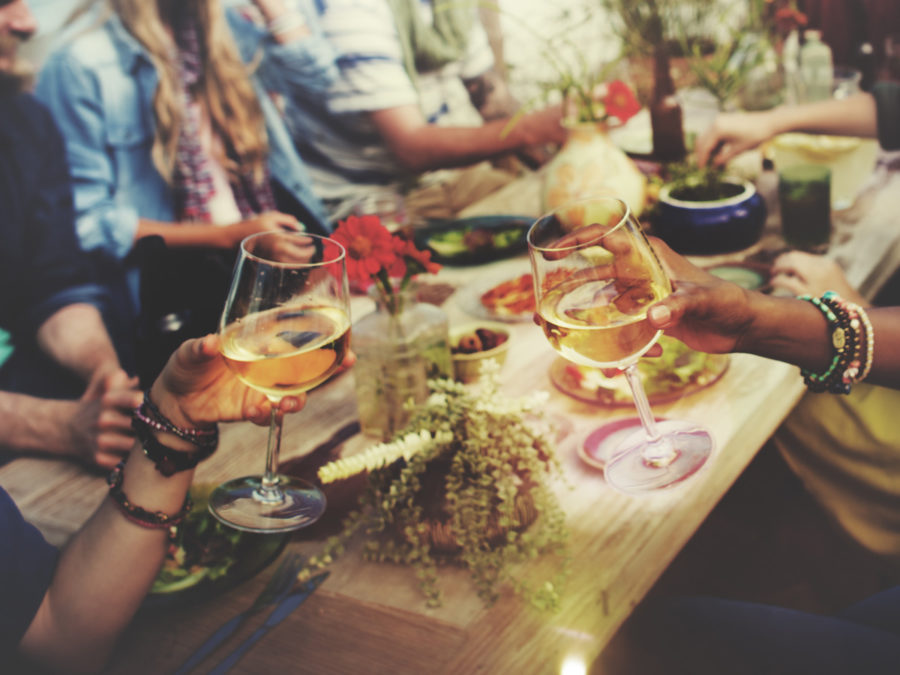 If you could invite five famous authors—dead or living—to dinner, who would you choose, and what would you serve? Today on Read it Forward, novelist Jenni Fagan hosts the dinner party of her dreams. Salut!

Gertrude Stein
I wish I’d spent time at Gertrude Stein’s extraordinary salon in Paris. She is a big influence on me. I would want to hear stories about all the painters she knew, how they arrived at automatism, what were the most banal and ordinary things she can recall of the surrealists, and who was the bravest? Also, I’d ask her if she ever used her wife Alice B. Toklas’s cookbook.

Nick Cave
I am a fan of Nick’s prose and I truly adore him as a musician. A dinner party made solely of writers would be dreadful, so we need at least one person who can get on the piano, involve us all in a sing-a-long, and have us waltzing on the patio before dinner. And is it just me, or would he have the best jokes and stories? I’d want to know how he found all those eras and musicians, from no-wave and punk, to garage rock and lo-fi. And if he played The Ship Song at the end of the evening, I could, in all honesty, die happy.

Leonora Carrington
I love Leonora for everything really—her painting, her prose, her politics, her astonishing life. I also love her quotes about writing: “The task of the right eye is to peer through the telescope, while the left eye peers into the microscope,” or another favorite, “People under seventy and over seven are unreliable if they are not cats.”

Reinaldo Arenas
Reinaldo Arenas once said, “There’s just one place to live—the impossible.” He also said, “I have always considered it despicable to grovel for your life as if life were a favor. If you cannot live the way you want, there is no point in living.” I would want to know everything; about his years incarcerated for being a gay man in Cuba under Castro’s regime; his move to New York City’s Hell’s Kitchen and his departure from Cuba on a boat for criminals, disabled or gay citizens; his lovers, his mother, his relationship to landscapes. His uprootedness and dislocation speak to me profoundly.

Helen Oyeyemi
I happen to know that Helen Oyeyemi is not only one of the best writers of our time but also, the most charming dinner guest. The first time we met she told me about a clock in Prague that can tell the time on the moon, how she had grown obsessed with keys and also what was great and good in Korean horror movies. I’d polish my teapots and serve an array of teas in the early morning before they all went home, which I know she would appreciate.

I am sure it is best to start a dinner party with drinks and dancing so you are more ready to sit, chat, eat later in the evening. Leonora Carrington spent most of her adult life in Mexico City, so I am hoping she might like this spirited start to the evening.

Starter:
In honor of Reinaldo Arenas, I would make Cassava bread, made from cassava flour (great if you are Paleo), and serve with tapenade on the side and a piri piri sauce for dipping.

These would be small dishes that are easy to pick at—just to take the edge off our Palomas and prepare us for the main course.

I’d also hope Reinaldo might bring a few nice Cuban cigars for later, I’m sure he’d appreciate a smoke on the patio late at night, as would Gertrude for that matter.

Main:
I’d like to cook a meal that is easy to serve and enjoy—so we can focus on chatting. I’d make paella, the first would be a vegetarian version and for the second, I’d add seafood and chorizo.

Dessert:
This would not happen until much later. I have a feeling that after the last two courses, we’d all wander down a dark country road, have a look at the Milky Way in a starlit sky, have a few games of pool, or darts at the local pub—then head back to play music and dance. The garden would be lit by fireflies in jars. We’d have a selection of the finest Parisian patisserie cakes and I’d ask Gertrude about her favorite baker along the rue de Fleurus. I bet you she’d say Picasso had a sweet tooth.

And when all the food has been eaten:

Helen Oyeyemi lives in Prague and I’m sure she’d oblige with a bottle of plum brandy (Slivovitz—she knows where to get the good stuff) or perhaps a small absinthe, especially if we were on the cusp of an aurora that night, which I’d hope we would be. She’d be setting up a little outdoor cinema on the lawn, talking Nick Cave through the greatest Korean horror movies of all time, the porch would be wide and the weather mild, perhaps a stream nearby and a swing on a tall tree in the garden. I imagine Gertrude having a snooze on the porch under a blanket. Reinaldo telling me stories about the Cuban revolution and the grit of Hell’s Kitchen, and how his first novel was smuggled out of prison and over to Paris, the only place he could publish it at the time. Leonora would reminisce about founding the Women’s Liberation Movement in Mexico, her love affair with Max Ernst, running away from an asylum and creating a novel about her psychotic experience. We would discuss the extraordinary way she paints. Psychic freedom. Automatism. Surrealism. Keys. Clarity. Mirrors. We would chat all night in the garden where a rose, is a rose, is a rose. 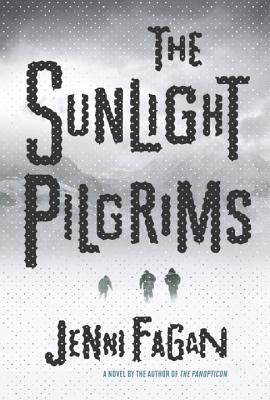 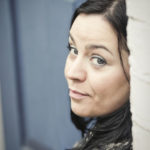 JENNI FAGAN was born in Scotland. She attended Greenwich University and won a scholarship to the Royal Holloway MFA. A Pushcart Prize nominee, she was shortlisted for the Dublin Impac, The James Tait Black, and was named one of Granta‘s Best of Young British Novelists.

JENNI FAGAN was born in Scotland. She attended Greenwich University and won a scholarship to the Royal Holloway MFA. A Pushcart Prize nominee, she was shortlisted for the Dublin Impac, The James Tait Black, and was named one of Granta‘s Best of Young British Novelists.