A Novel About Good Love Born Out of Grief

Claire Lombardo, author of The Most Fun We Ever Had, recounts the healing process of writing her debut.

By CLAIRE LOMBARDO • 2 years ago 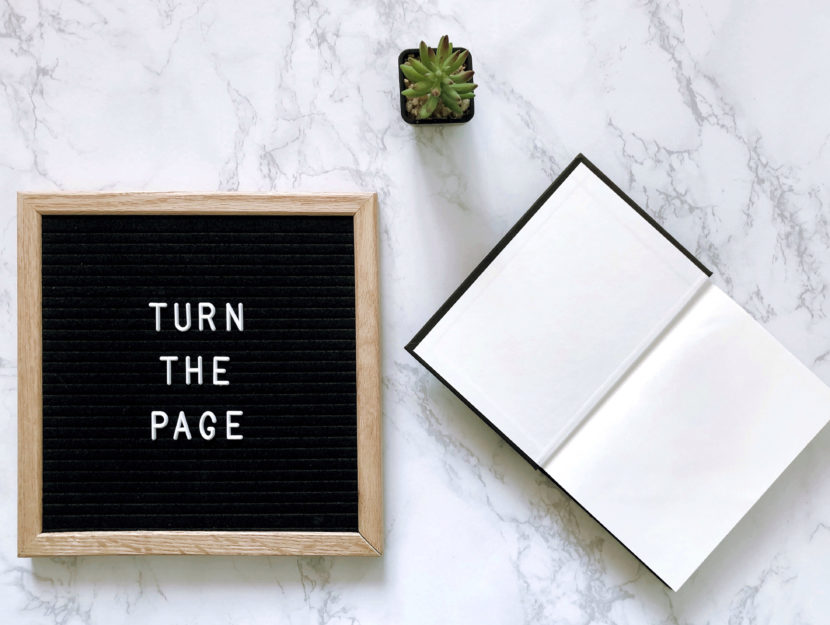 It has become somewhat of a joke, among those who know me and my fiction well, that I am a particular kind of writer. “Claire’s stories are all very long,” it would be fair to say. “And they don’t have plots. And everyone in them loves each other a lot?”

My debut novel, The Most Fun We Ever Had, is no exception: It’s over 500 pages long, and the heart of the book, for me, has always been married couple David and Marilyn Sorenson, who have been happily together for nearly 50 years, and whose happiness is the source of much of the tension and forward motion in the narrative. I once described the novel as being about “good love”—that is, the Sorensons are a family who endure a fair amount of emotional hardship, but the ties that bind them are woven from real, deep affection. And I put a great deal of my own good love into this novel as well—love for my characters that bloomed from unlikely places.

One of the reasons I write is because I have always been fascinated by people, no matter how boring they might seem on the surface. This was also the reason I thought—as I did for many years in my 20s—that I wanted to be a therapist. I’m interested in people on a fundamental level, regardless of how much I’m supposed to be able to relate to them. I figured I would pursue a career in the social sciences and make time for fiction writing as a pleasurable hobby, and with this in mind I wrote on the side, in the notes app on my phone on the subway, and late at night after work.

But then everything shifted: When I was about 50 pages into the writing-on-the-side of The Most Fun We Ever Had, I suddenly lost my father. I was 24 at the time, midway through a masters degree in social work and living in Urbana, Illinois, in a depressing and incongruously candy-colored graduate student apartment complex that abutted something called a “Horse Research Farm.” There’s no station in life during which it would be good to receive the news that your favorite person on the planet has died, but mine was an especially bleak one, aimless and friendless and smelling vaguely of livestock, my safety net yanked out from under me when I needed it more than ever.

I was only feasibly able to take a few weeks off school, but my heart—pulled vaguely, as it was already, in the direction of my percolating novel—was decidedly not in my studies. My father’s death—aside from eviscerating the foundation of my life as I knew it, and that of my family—threw certain parts of my life into relief; I began to contemplate what I was doing and why, and how tenuous everything was. I was sad all the time, a kind of sadness I’d never before experienced, almost comical in its magnitude. And my life had taken on a greenish David-Lynchian tincture: My neighbors had somehow managed to maneuver a full-size organ into their apartment and lulled their children to sleep with eerie church versions of “Happy Birthday” and “The Farmer in the Dell”; one of my classmates revealed during class that social work was her backup plan only if her career as a circus performer didn’t work out; I began to see a trio of identical and identically dressed adult triplets on the bus some mornings, and to this day am not entirely convinced they actually existed. My professors seemed not to notice if I read novels under my desk during class, so that was what I did. Nobody seemed to know quite how to handle me—I was the sad, lonely figure in her scary horse commune, draped in quilts and drinking full pots of coffee, so marred by grief and loss and cynicism that I sometimes imagined it moving through the world with me like a dust-cloud.

Enter the Sorensons. Writing about them became an escape for me; spending long winter days in their company provided an outlet from the messiness of my real life, which often felt so dark as to be unlivable. They became my surrogate family, in a sense, except their fate was in my hands—weaving their narrative afforded me a sense of control that was utterly absent from my actual life. I’d done a lot of research in grad school about therapeutic writing in institutional settings, about how the act of owning one’s own story and committing it to paper can be a source of healing. But I wasn’t prepared to tell my own story, nor was I interested in doing so—it made me too sad. My novel, however, provided me with an outlet, and an opportunity to wield the sword (or the pen, as it were). The characters did not, as some are wont to claim, just write themselves. They grew from my grief, began to gain texture and dimension in a way that I, lost as I was, couldn’t do myself. I crafted them word by word, scene by scene, slowly getting better acquainted with them, growing to understand their psyches and idiosyncrasies. I had created my characters, and when I was leading the charge, I got to decide how much they had to endure, who kept their head above water, and when it was okay to laugh again.

There is—I think—a fair amount of dark humor in The Most Fun We Ever Had (the title itself is tongue-in-cheek, in fact), and that came in large part from my own efforts to make the world seem less unforgiving. Wendy, the eldest daughter in the Sorenson family and a young widow, is arguably the novel’s most tragic character, but she’s also the funniest and most scathing, and I didn’t realize how attached to her I was until I reached the end of the book and saw how much more vivid her scenes felt than those of other characters. Wendy is not me, not by any stretch, but her tendency to protect herself by cracking jokes is something we share. And it is, in part, from my own grief that I was able to create her, a character who’s endured more heartbreak in a decade than most people do in a lifetime but who also has it in her to make people laugh, and to sometimes laugh at herself.

The origin story of this novel isn’t rooted in any kind of thematic agenda; at the outset, I was simply trying to realistically render a family, follow them through decades of life and explore the emotional substance of various familial relationships. And this ended up becoming my saving grace, the way I slowly re-taught myself how to be a person in the world. So writing this novel, then—not only committing to the welcome distraction of crafting a narrative and figuring out a structure that could sustain it, but creating characters for whom both joy and sorrow were perpetual and concurrent—became a form of therapy for me, one that helped me work through the earliest stages of my grief and beyond.

So yes, I will reaffirm: The Most Fun We Ever Had is a novel about good love. The ironclad marriage of its protagonists is a benevolent shadow under which the four daughters attempt to make sense of the world, and while familial loyalties are tested at every turn, the seven main characters in this novel are propelled through life by the love they have for each other—and by extension, by the love that I, the writer, had for them.

Check out the Book Club Kit for The Most Fun We Ever Had here! 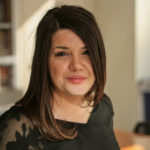 CLAIRE LOMBARDO earned her MFA in fiction at the Iowa Writers’ Workshop. She was born and raised in Oak Park, Illinois. A former social worker, she now teaches fiction writing and is at work on a second novel.