Re-reading childhood favorites can be just the pick-me-up you need.

By SHAUN GALLAGHER • 12 months ago 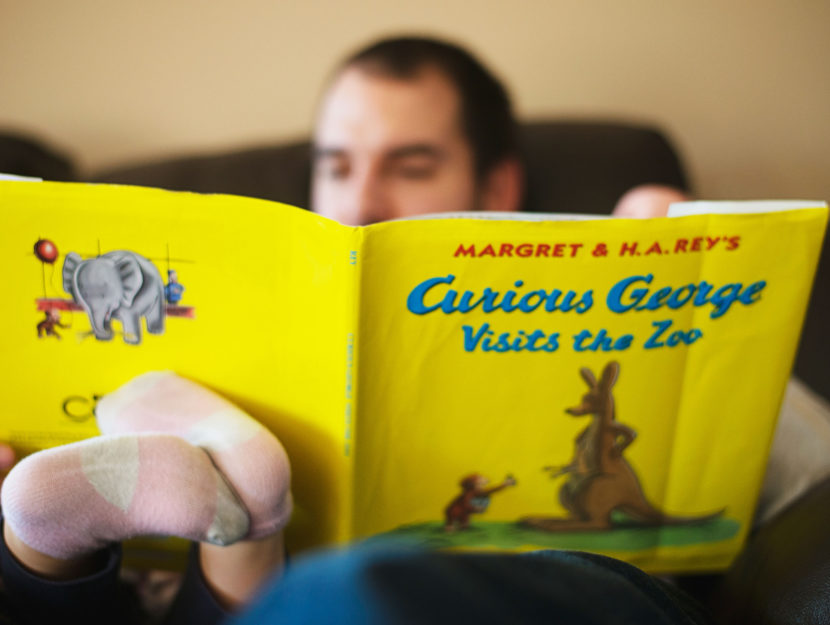 Each evening before our children go to bed, my wife and I read to them for about half an hour. I typically read to the older two, who, at 8 and 10, are independent readers, but permit me the pleasure of reading to them all the same.

Six nights a week they get to choose which books I read to them. But against their persistent groans and protests, I always reserve Sunday nights as Father’s Choice, and typically my selection is a book I read when I was their age.

Why revisit those children’s books, in particular? Below are six reasons why you should consider returning to the books of your youth, either on your own or while reading with your children.

1. You get to share it with the kids in your life.

Whether you’re a parent, a doting aunt or uncle, a grandparent, a babysitter, or a teacher, chances are you know a kid who likes a good book. Connect with them by reading some of your former favorites together. You get to revisit a book that drew you in as a kid, while also getting to witness another child experiencing it for the first time.

2. You enjoyed it before, so you’ll likely enjoy it again.

We recently wrapped up Louis Sachar’s Sideways Stories from Wayside School, and I was happy I could share with my boys the goofy antics of Mrs. Jewls’s class on the 30th floor. I had only foggy memories of the vignettes featured in the book, but I knew that I loved Wayside as a kid, so revisiting it as an adult was almost like reading it again for the first time—but with the confidence that you rarely have, as a true first-time reader, that it will meet your expectations.

This, I suppose, is part of the reason why anyone ever re-reads a book they have read before. As time passes, our memories of the finer details fade, but we are often left with an overall impression of the book. Did it delight us? Did it shake us? We might remember the feeling a book gave us long after we have forgotten the story itself. But perhaps one of the most satisfying feelings, maybe even on par with discovering a good book for the first time, is rediscovering a good book we have largely forgotten about.

3. You get to indulge your nostalgia.

Let’s face it, not everything you read as a kid was Newbery Medal material. Some of it was more attractive for its entertainment value than for its literary quality. But returning to My Teacher Is an Alien or a book from the Choose Your Own Adventure series can take you back to a particular era that you remember fondly.

Sometimes, it can even take you back to a distinct moment in time. I remember exactly where I was the first time I discovered Ellen Raskin’s The Westing Game (in a public library at the start of summer break, loading up for the weeks ahead), Orson Scott Card’s Ender’s Game (in my high school library, upon a recommendation by our librarian), and Madeline L’Engle’s A Wrinkle in Time (sitting in sixth-grade detention).

4. You can see if they’ve held up over time.

I was not the first generation of my family to read E. Nesbit’s 1902 book, Five Children and It. I got my copy from an aunt, and it’s possible that family members from a generation prior to her might have also encountered the book when they were children. I read the book to my own kids last year, and although there were certainly some elements that needed explaining—for instance, that a gold spade guinea was a form of currency that was too old to be used at the time the book took place—I was impressed by how well the book has stood up over the past 100+ years and how timeless it felt.

In contrast, when I re-read Louise Fitzhugh’s 1964 book, Harriet the Spy, as an adult, it felt like a book so stuck in its own time that I found it hard to become immersed. I kept distracting myself by wondering, at almost every page turn, about how different the book would be if it had been written today: Harriet would have been clearly labeled as autistic, and she likely would have employed drones and nanny cams, rather than hiding on rooftops and in dumbwaiters, to do her spying.

5. You pick up on things you missed as a kid.

My kids and I are now part-way through C.S. Lewis’s Chronicles of Narnia series, which I read as a child and then re-read as an adult a few years ago. Even as a child, the Christian themes in the Narnia series were apparent to me, but it wasn’t until I had gotten to better know Lewis through his nonfiction writings, such as Mere Christianity, The Problem of Pain, The Screwtape Letters, and A Grief Observed, that I appreciated some of the subtleties in the Narnia books, such as the turns of phrases and homely metaphors that Lewis had a reputation for. Reading the books as a child, these were just fantastical stories. Reading the books as an adult, you see more of the author’s hand in the books. Lewis himself acknowledges this effect in his dedication to his goddaughter in The Lion, The Witch, and The Wardrobe: “You are already too old for fairy tales. But some day you will be old enough to start reading fairy tales again.”

6. You pick up on things your parents skipped when you were a kid.

Don’t tell my kids this, but I skip stuff. Sometimes there’s naughty language or naughty behavior that I don’t want them imitating. Sometimes I’m trying to get through a chapter and have to skim over some parts. And sometimes I need to translate antiquated or challenging terms into language that’s easier to understand. Chances are, if you had a parent who read to you when you were a kid, they skipped stuff, too. Re-reading some of your childhood favorites as an adult gives you the opportunity to discover what bits your parents deemed too salacious and passed over. 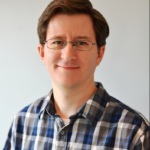 SHAUN GALLAGHER is the author of several popular science books. His most recent book, out this month, is Experimenting With Kids: 50 Amazing Science Projects You Can Perform on Your Child Ages 2-5.