John Milliken Thompson on His Novel The Reservoir

My novel The Reservoir began forming in my mind shortly after I read a paragraph in a book on Richmond history. The paragraph mentioned a criminal court case that took place in 1885 after the body of a young woman was found floating in the old city reservoir. I started doing some research, investigating the case and the period like a historian and journalist. I also began writing.

At a certain point, when the story began to take on a life of its own, I phased out the research, going back to it only when I need some historical information unrelated to the actual case. For example, I was constantly checking to make sure that words and phrases in the narrative were ones that would’ve been used in 1880s Virginia.

I had a feeling that I could’ve continued to dig and dig through an endless mine of case facts and period details until the story was too bogged down to go anywhere. The integrity of the story and its characters began to depend more and more on my imagination and less and less on the facts. The story was a balloon, fired up and ready for takeoff; it was time to cut the tethers holding it to the ground.

When I started writing fiction more than two decades ago, I came up with two rules I wanted to follow: 1) Be true to your characters. 2) Forget all the other rules.

What I didn’t realize then was that in order to ignore the basic “rules” of fictional structure, you first have to learn them. I spent many years learning how to write fiction, trying new things, and looking for material that resonated with me. When this story came along I could tell that it was the right material for me at the right time in my writing life.

Download an excerpt of John Milliken Thompson’s novel The Reservoir.

John Milliken Thompson is the author of America’s Historic Trails and Wildlands of the Upper South, and coauthor of The National Geographic Almanac of American History. His articles have appeared in Smithsonian, Washington Post, Islands,and other publications, and his short stories have been published in Louisiana Literature, South Dakota Review, and many other literary journals. He has lived in the South all his life. The Reservoir is his first novel and is available from Other Press wherever books are sold.

Check out historical images in a slideshow for John Milliken Thompson’s The Reservoir.

Read an interview with John Milliken Thompson, author of The Reservoir.

Get the reading guide for John Milliken Thompson’s The Reservoir.

Discover the music that inspired John Milliken Thompson’s The Reservoir.

See if John Milliken Thompson will be in your area on his book tour for The Reservoir. 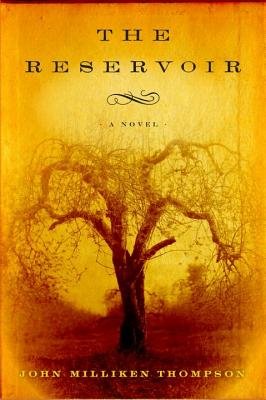