“A successful writer is living a paradox,” Buwalda says from to his home in Amsterdam, where he moved after his gripping literary debut, Bonita Avenue, became a bestseller in Holland in 2010.

This article was originally published in the January 2015 issue of BookPage.

“Being successful and writing sort of exclude each other. Before I was a real recluse, and now I am an outgoing person. I have to be,” Buwalda says. “The exterior of my life has changed radically—where I live, the money thing, the people I meet, how those people behave toward me. But inwardly there’s not so much that’s different. How I look at myself hasn’t changed much. The writing of the new novel isn’t any easier.”

Buwalda says that until he was 34, he worked as an editor and journalist and was “a very fanatical reader.” Then he decided to write fiction and “changed like Gregor Samsa in the story by Kafka into a novelist. For me it was late, so I had to try to write a thick, serious novel at once, without hesitating, diving into the deep.”

Buwalda realized that nowhere is that abyss more graphically evident than in the world of Internet pornography. “The thought that my grandfather has seen only my grandmother and maybe two or three other women while his grandson could watch all those pictures, all those movies on the Internet, made me wonder—what does this mean for people, for society, for relationships between family members?”

To develop and amplify this idea, Buwalda spent the next five years writing eight hours a day in the cramped kitchen of his tiny apartment in Haarlem, a Dutch city near the North Sea. He recalls that at Christmas the year before he completed work on the book, his brother said, “But, Peter, what if your effort is only a narcissistic dream? And I said, then I will have lost five years of my life and I will try to find a way to laugh about it.”

The finished book is, as Buwalda calls it, a hybrid of a plot-driven novel and a character-driven novel. The action starts when Siem Sigerius begins to suspect that his stepdaughter Joni and her photographer boyfriend Aaron are posting pornographic pictures online.

Sigerius is a fascinating and complicated character. As a working-class youth he became a national judo champion, but after an accident ends his judo career, he discovers he has an innate genius for mathematics and goes on to a stellar academic career. The story—and Buwalda’s deep investigation of his characters’ lives—unfolds through the alternating perspectives of Sigerius, Joni and Aaron.

“I think they’re mutants of my own character in a way,” Buwalda says. “I’ve given all my weak characteristics to Aaron. He’s insecure. He can’t sleep at night. He’s a jealous guy. He makes up things to show off. All the noble things in my character, the one who is ambitious, who cares about justice, who wants to win, I gave to Sigerius.

“And the more vulgar side of my character, the one who wants to earn money, who is easy about sexuality, who is funny, I gave to Joni. I wanted to make her, the girl, the strongest one in this story. She never hesitates, she is the most cruel, she’s not a victim. So I split up my own character—with a purpose, of course, because I wanted to split up the morality of the problem so readers can decide for themselves what is right or wrong.”

Enhancing the sometimes brooding character of the novel is the way time ebbs and flows throughout the book, both within chapters and between chapters. Buwalda says he learned this approach from reading writers like William Faulkner and Gabriel García Márquez.

“I want the characters in the novel to remember events the way we usually talk about our lives. We don’t start and tell a linear story about ourselves from birth to now. Instead we remember first the most important things, the most painful things or the most happy things. I tried to write the story the way memory works.”

Bonita Avenue, whose title comes from a street in Berkeley, California, where a younger Sigerius and his new family live briefly while he pursues his mathematics career at the university, pulses with other themes and insider knowledge of judo, jazz, mathematics and, of course, pornography.

“One of my goals was that for every subculture I entered in the novel—porn, math, jazz or judo—a reader must think I was a connoisseur,” Buwalda says, laughing. “So, yes, I had to do some research. Not so much for judo because I have a black belt.”

The novel ends with a vividly described, shocking conflagration of violence. Asked about that section of the novel, Buwalda says making it so vivid “was also one of my aims. But I will never have the same experience of it as a reader because I invented it and it took me a year or so to write. It’s a strange act, writing, because it is so slow, while the reader gets through it so fast.”

Like many things in his recent experience, Buwalda notes, “that is also a paradox.”

Discover your next great book at bookpage.com. 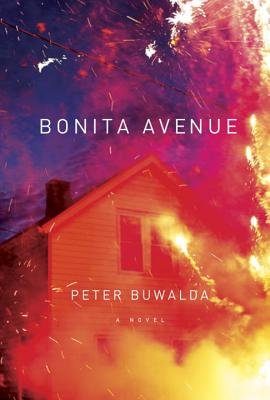 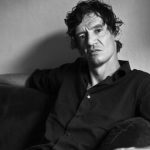 PETER BUWALDA worked as a journalist and editor before founding a music magazine and writing a weekly column for a major Dutch newspaper. He lives in the Netherlands with his family.