The Power of “Yes”
by Greg Kincaid

Most lawyers, like me, at least the ones that have some compunction to write, feel compelled to try their hand at a legal thriller or a courtroom drama. Instead, I’ve taken my turn at holiday fiction – feel good stories about dogs and family. I’m sure I have left some folks wondering: why?

It seems to me that a great deal of the legal profession is about using the force of the law as a stick to restrict selfish and destructive behaviors. We lawyers are trained to say “no.” At our best, writers often go a different direction. We use the power of the pen as a carrot to say “yes,” to inspire commendable conduct and concern for others, to bring out the best in us, and not to quash, impeach or restrict the worst in us.

For many people, Christmas and the winter holiday season is an opportunity to do what is right, not because we have to, but because we want to. It is the season for carrots and not sticks, for giving with a yes and not withholding with a no. It’s a time when we try our best to be our best. For a day, a week, a month or maybe a whole season, we try to tilt our focus, however infinitesimally, away from ourselves and toward the needs of others.

In my first novel, A Dog Named Christmas, I beckoned the reader into the world of animal shelters. My family, like so many others, had “adopted” a family that lived miles on the other side, the wrong side, of the tracks. It was a good cause and I’m glad we did it. One day, it occurred to me that the same holiday spirit that caused us to adopt a family for Christmas could be extended to sheltered animals. In my own mind, I heard a strong “yes” to why such a concept would be a great idea. I could also hear a “no” or two demanding to be heard. Both voices, I would learn, had a point.

I started to research and think about this issue more deeply. I was shocked to learn that two and half million pets are euthanized every year in America alone. My idea – the idea of giving a dog or a cat a safe warm home for a week – was unheard of in the shelter community. I was repeatedly told, “No. That’s not the way it’s done.”

I couldn’t help feeling like it was good idea and I wrote my book anyway. I created a character in Todd McCray that was developmentally delayed, but he was also a person with a big heart. Todd was willing to champion the cause of holiday pet fostering notwithstanding the no ways that many others might thrust in his way.

After A Dog Named Christmas was released, and made into a Hallmark Hall of Fame movie, more than a few people agreed with me that holiday fostering could be done. Primarily, they were people that loved dogs, or at least hated to see them suffer, and were willing to take a chance on saying yes to a different approach.

Four years later, with the help of Petfinder.com, Random House, and Hallmark, Foster A Lonely Pet for the Holidays has moved from the pages of this little book and into over three thousand shelters that have chosen to say yes. The lives of tens of thousands of dogs and cats have been improved and, in most cases, literally saved. For the last several years, the animal shelter in my home town has sat virtually empty on Christmas Day. It’s a happy stillness.

I’ve enjoyed writing about the season of saying yes. I hope you enjoy my next book, A Christmas Home. It’s four years later and Todd McCray is still faced with a lot of people telling him no. Once again, he has to find the courage to find his own way to yes. 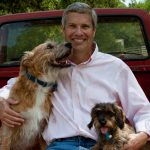 GREG KINCAID is the author of A Dog Named Christmas and Christmas with Tucker, is a practicing lawyer who specializes in family law mediation. He is also an active advocate for literacy and for the humane treatment of animals. He helped to start the Foster a Lonely Pet for the Holidays program that has found homes for tens of thousands of shelter dogs. The father of five children, he lives on a farm in western Johnson County, Kansas, with his wife, two cats and two dogs. A Christmas Home is available from Crown Publishers wherever books are sold. 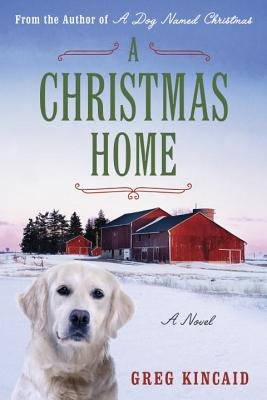