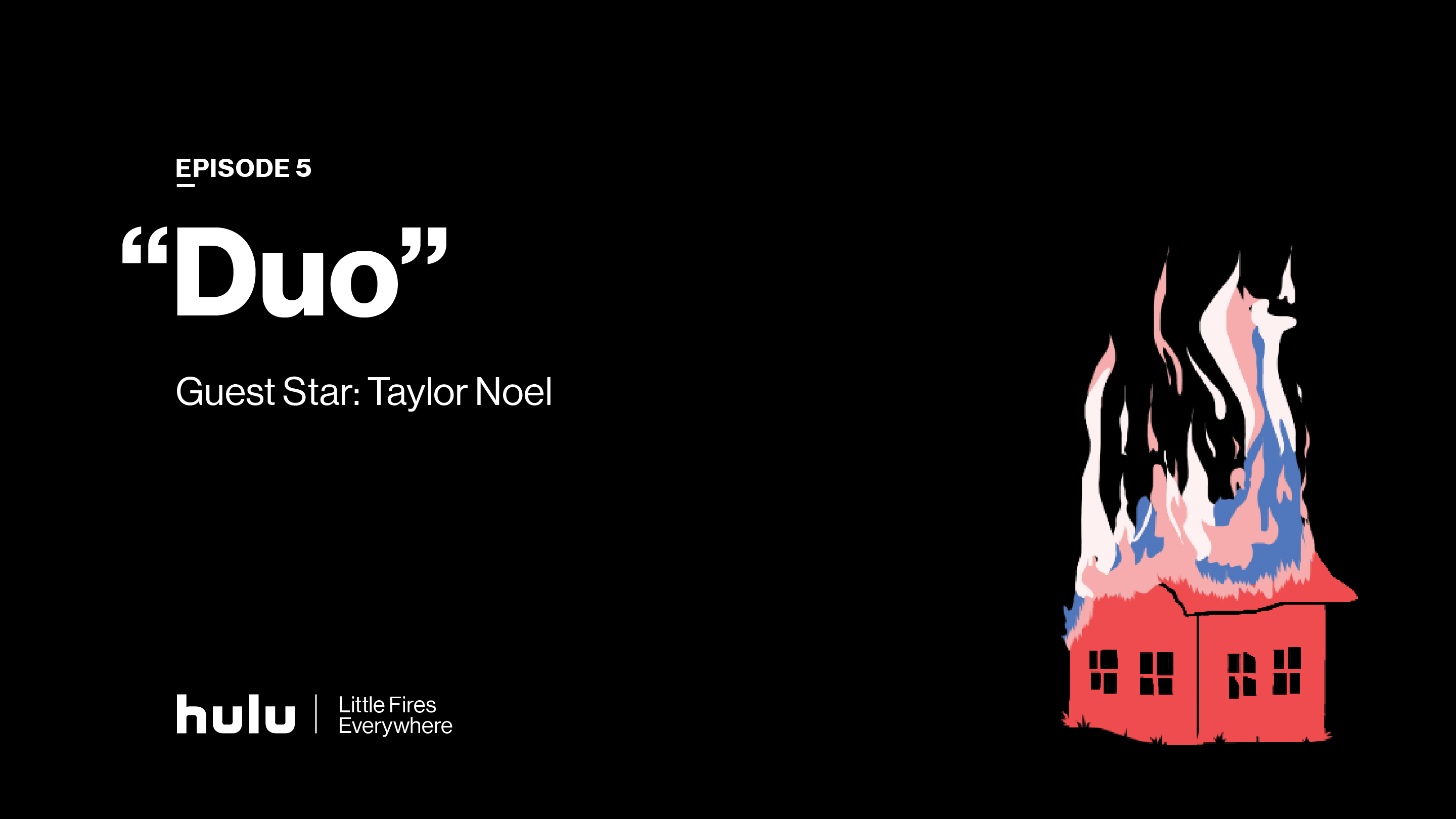 On this episode of The Adaptables, Abbe and Emma dish about episode five of the Hulu adaptation of Celeste Ng’s bestselling novel Little Fires Everywhere. They’re joined by bookstagrammer Taylor Noel, the woman behind @books_with_taylor.

That fraught mother-daughter relationship that we see a lot in all types of media and literature is so well-done here, so well-constructed, and smart.
—Taylor Noel

-Opens in Paris in a flashback and we see how Elena and her college boyfriend Jamie know each other.
-Bebe has been given visitation rights to be with May Ling.
-Elena drives off to New York in the middle of the night to investigate Mia
-She and Jamie have a rendezvous in New York City
-Lexie finds out she’s pregnant and gets an abortion at Planned Parenthood with Pearl as her escort and seeks solace at Mia’s apartment afterward.
-Izzy creates an apology collage, but ends up burning it up.
-Pearl and Trip patch things up, he starts reading The Bell Jar and realizes he likes Pearl
-Elena drives to Pittsburgh to interview Mia’s parents and learns the baby Mia has raised wasn’t hers to raise.

NEXT UP: We’ll recap episode six with Arianna Davis, Digital Director of O, The Oprah Magazine