The author of The Chicken Sisters shares the books in her TBR pile.

By Abbe Wright • 4 months ago 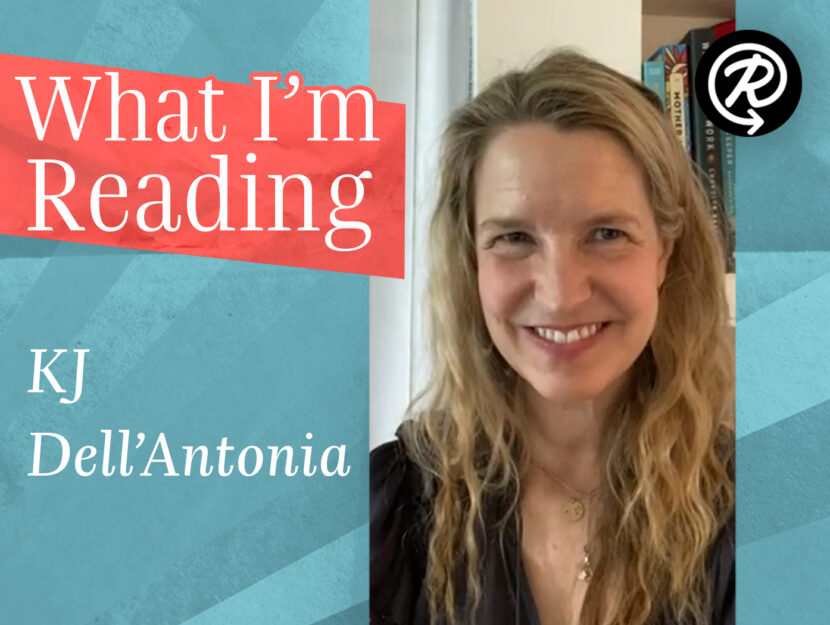 New York Times contributor KJ Dell’Antonia shares the eclectic mix of books she’s been unable to put down, including the book she bought at her local indie bookstore for her son, but just had to read before handing it to him.

Her new novel is also a page-turner. The Chicken Sisters feels like a modern-day struggle between the Montagues and the Capulets and centers on two families in the same town, who each run fried chicken restaurants. Chicken Mimi’s and Chicken Frannie’s have spent a century vying to serve up the best fried chicken in the state–and the legendary feud between their respective owners, the Moores and the Pogociellos, has lasted just as long. No one feels the impact more than thirty-five-year-old widow Amanda Moore, who grew up working for her mom at Mimi’s before scandalously marrying Frank Pogociello and changing sides to work at Frannie’s. Tired of being caught in the middle, Amanda sends an SOS to Food Wars, the reality TV restaurant competition that promises $100,000 to the winner. But in doing so, she launches both families out of the frying pan and directly into the fire. Meanwhile, her Brooklyn-based, career-driven sister is experiencing a fall from grace, and thinks maybe a reality show is just the thing to get her back in the limelight. The sisters are pitted against each other and they must figure out what is really important to them.