By Margaret Dunham • 4 years ago 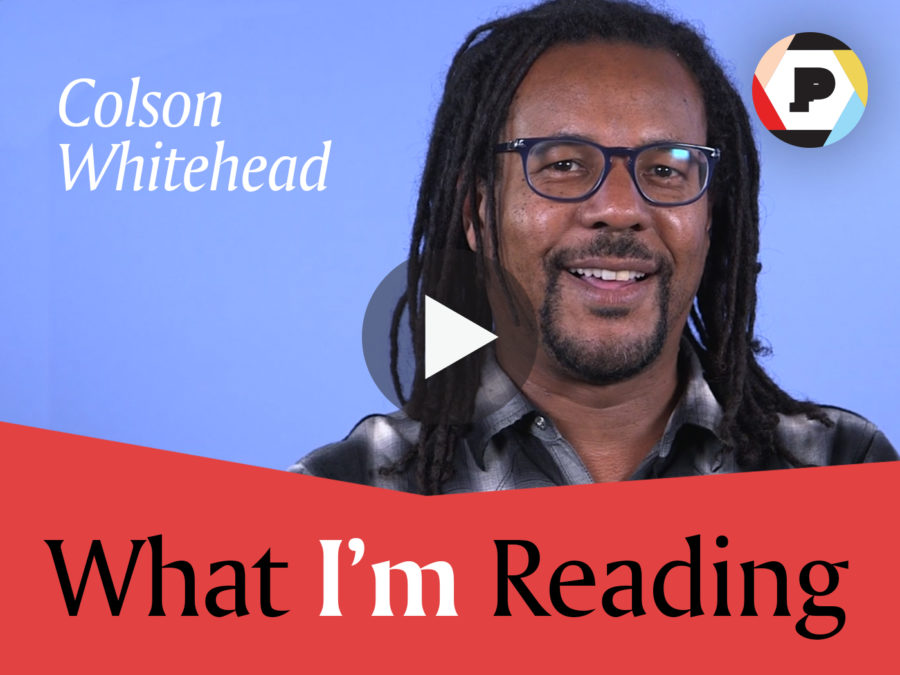 Colson Whitehead is the New York Times bestselling author of a long list of award-winning books, including his latest novel: Pulitzer Prize and National Book Award winner, The Underground Railroad. The story chronicles the adventures of Cora, a young slave, as she makes a desperate bid for freedom in the antebellum South. The Underground Railroad in Whitehead’s story is no mere metaphor. Engineers and conductors operate a secret network of tracks and tunnels beneath the Southern soil, and Cora encounters different worlds (and dangers) at each stage of her journey. The Underground Railroad is at once a kinetic adventure tale of one woman’s ferocious will to escape the horrors of bondage and a shattering, powerful meditation on the history we all share.

We were delighted Whitehead could take a few minutes to talk about what he’d been reading while writing The Underground Railroad. Watch the video below to hear his recommendations!