Comedian Dave Hill hasn't read Joseph Conrad's Heart of Darkness, but that doesn't stop him from giving an imaginative recap. 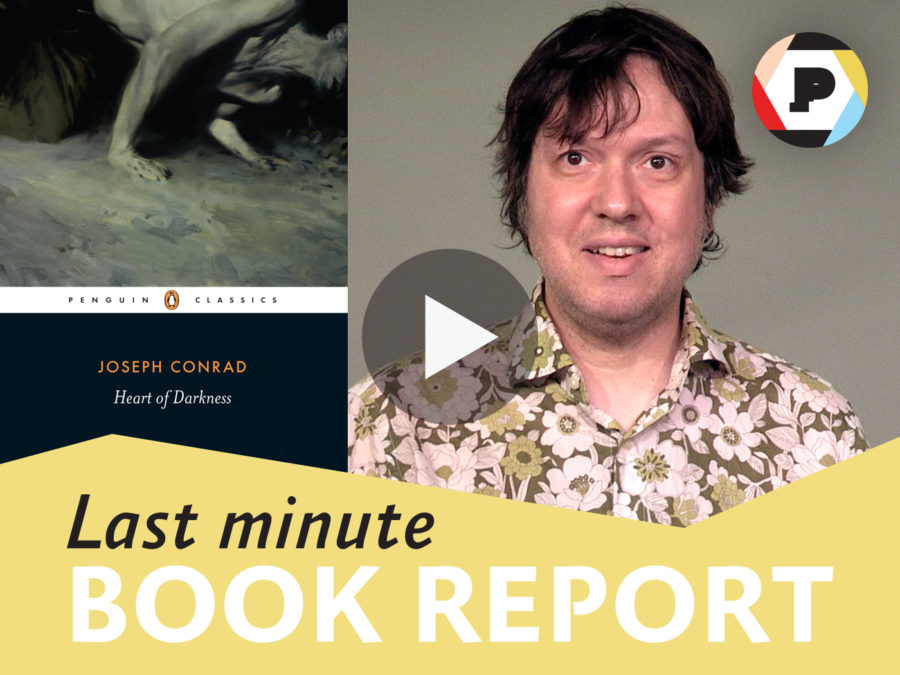 As you may (or in Dave Hill’s case), may not remember, Joseph Conrad’s 1899 novella Heart of Darkness is narrated by Charles Marlow, who tells his friends aboard the Nellie anchored in the River Thames about his journey up the Congo River on an ivory trading ship into the heart of Africa. As he regales them with his tales and his obsession with ivory trader Kurtz, the narrative’s theme expresses the idea that there is very little difference between the so-called civilized people and those described as savages and raises important questions about imperialism and racism.

However, after reading the book for 10 minutes, comedian Dave Hill re-tells the plot of the novel—which he calls his “favorite book of all time”—in a very different way. In his version, Marlow is a woman who books herself a well-deserved trip on a cruise ship called the Nellie, which offers shuffleboard and an epic buffet. Kurtz is there, but he’s no longer an ivory trader, he’s a spa owner. As for the rest of Dave Hill’s hysterical summary—well, you’ll just need to watch it below.