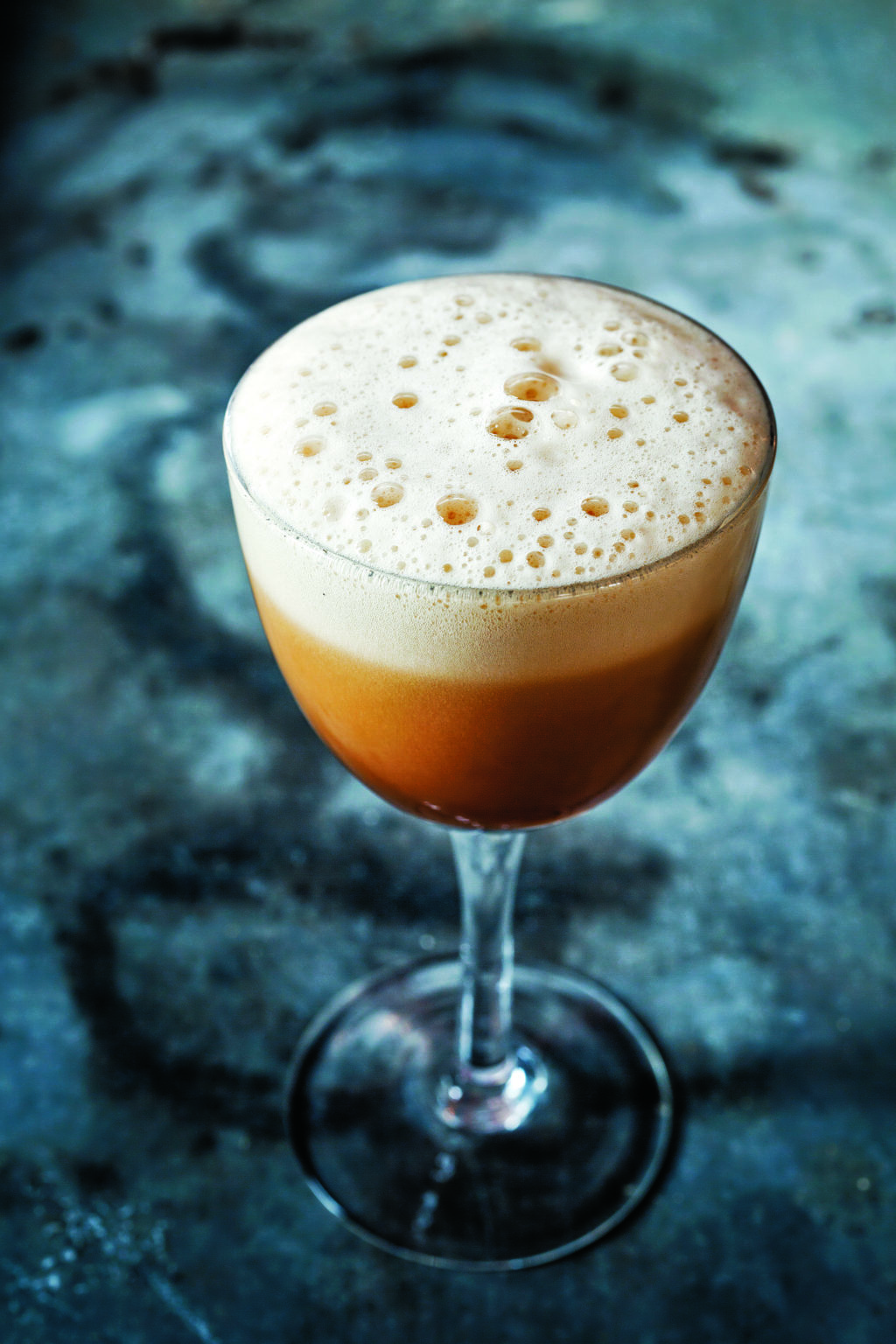 For the past few years I’ve been making an annual trip down to Memphis and, without fail, I bookend my visit with stops at Hog and Hominy to see my friends, chefs Andy Ticer and Mike Hudman. They serve up some of my favorite Southern-inspired takes on Italian fare, including an insane mortadella hot dog and the Lil Red Ed, a pizza topped with speck, spicy peppers, fontina cheese, tomato sauce, and olives named after our mutual friend Ed Anderson, who also photographed the guys’ cookbook, Collards and Carbonara.

Nick Talarico oversees the front of the house and the beverage program for their ever-expanding restaurants and also makes a mean old-fashioned, which he doctors with house-made Shiftless Hog orange bitters. I always love geeking out over cocktails and trying new local spirits and beers with Talarico and he kindly shared the story of the Bitter Swagger with me, a cocktail on the menu at Andrew Michael Italian Kitchen, just across the street from Hog and Hominy. “We had a comedian come in after his show downtown late one Saturday night, and he and I talked for a bit about Nardini amaro. He ended up leaving with a bottle from our stock to take with him on his tour and after he left.” That encounter inspired Nick to add a drink on the menu that focused on amaro as a base spirit, and a pisco sour template did the trick. “It’s a total cocktail nerd drink—amaro, pisco, and egg whites don’t necessarily sell themselves—but that’s the fun of having a few cocktail lists where you can hide your nerdiest drinks,” Talarico says.

Combine all the ingredients in a cocktail shaker and dry shake (without ice) for at least 10 seconds to fully incorporate the egg white. Add ice and continue shaking until chilled and then double-strain into a chilled coupe or cocktail glass.